2 Facts: Since the mid 1980’s, child safety seats have been required by law for travel in the United States. (New Parent, September 2008) In Oregon % of infant-only seats are not used right. Only when used correctly can car seats prevent up to 70% of these injuries and fatalities. (Guidebook to Pregnancy and Childbirth) Motor vehicle crashes are the No 1 cause of death and injury to all children ages 0-14; there are 7 deaths and 900 serious injuries a day in this age group. (Legacy Child Safety Services)

4 Infant Car Seats This seat is used until a child is 20 pounds and 1 years old Infant should be semi reclined, not sitting upright Infant faces the rear of the car Five point harness has two straps at the shoulder, two at the hips, and one at the crotch

8 Infant Car Seats Breastplate on the strap should be at armpit level
Some have the option of using a base system that stays in the vehicle Always position the car seat handle in the down position, behind the car seat

9 1 year and 20 pounds? Most parents switch their children to forward facing as soon as they hit this milestone…. The Facts: Children are safest when they are facing the back of the car. Why? In a frontal crash, the baby’s head will remain cradled and the whiplash motion will be eliminated, reducing the risk of a head or spine injury.

16 What is the law? Buckle up it is the law!!! “Click it or ticket”
The minimum fine for anyone cited for failing to use a seat belt in Oregon is $110

19 Important Tips: Children of ALL ages should never be placed in the front seat with a passenger side air bag. Do not transport sharp, heavy, or loose objects in the vehicle. Any loose object can become deadly in a sudden stop or accident. Do not give children hard, long, or pointed items such as ice cream sticks, lollipops, pencils, or pens to play with while riding. Do not use a car seat if you do not know whether or not it has been in an accident. 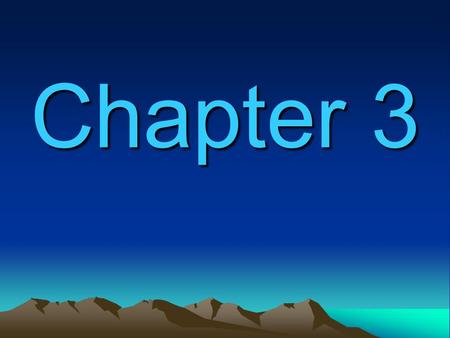 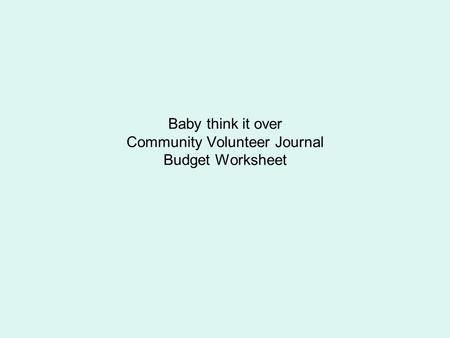 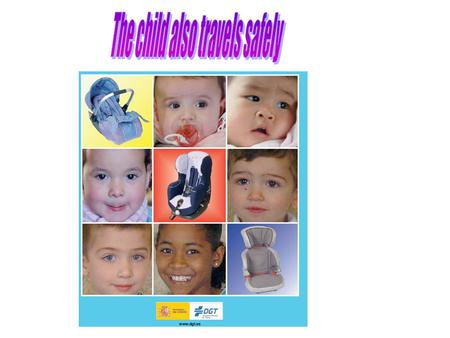 Why are children restraint devices necessary in cars? Statistics have proved the increased number of children, less than 12, who are involved in traffic. 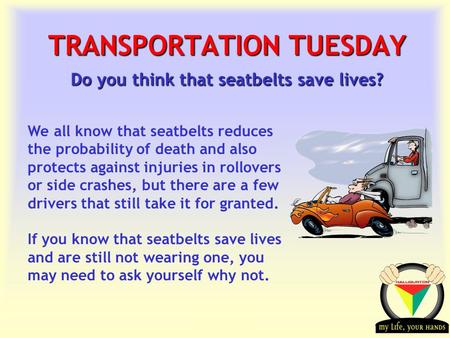 Transportation Tuesday TRANSPORTATION TUESDAY Do you think that seatbelts save lives? We all know that seatbelts reduces the probability of death and also. 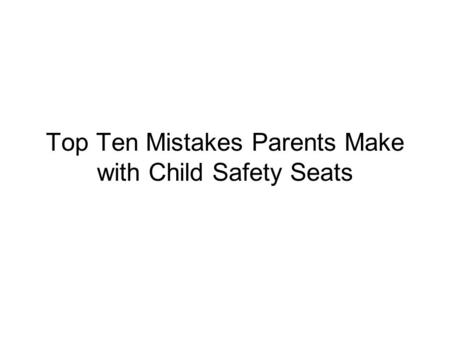 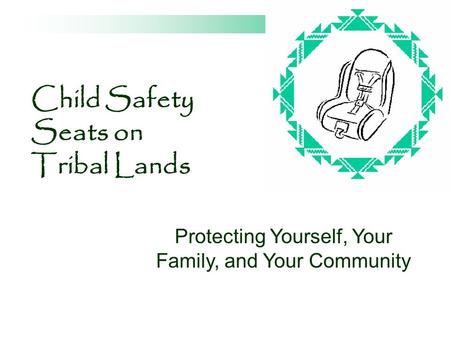 Child Safety Seats on Tribal Lands Protecting Yourself, Your Family, and Your Community. 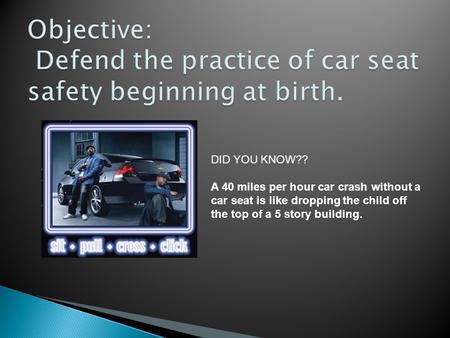 DID YOU KNOW?? A 40 miles per hour car crash without a car seat is like dropping the child off the top of a 5 story building. 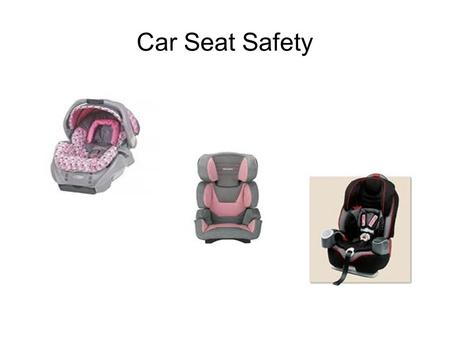 Car Seat Safety. Car crashes are the number one cause of death for Canadian children. 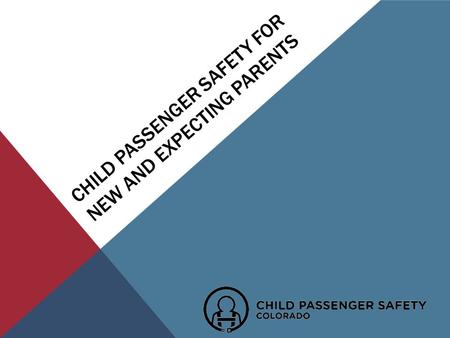 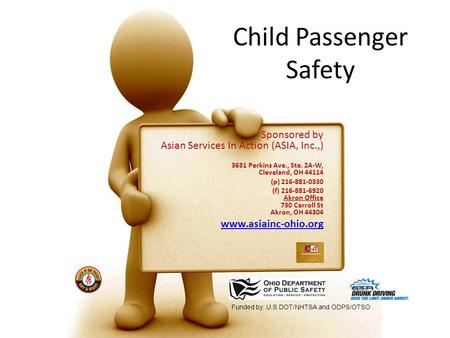 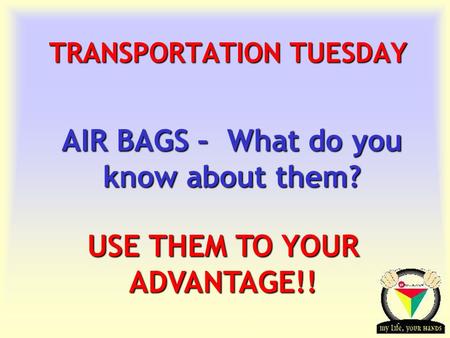 Transportation Tuesday TRANSPORTATION TUESDAY AIR BAGS – What do you know about them? USE THEM TO YOUR ADVANTAGE!! 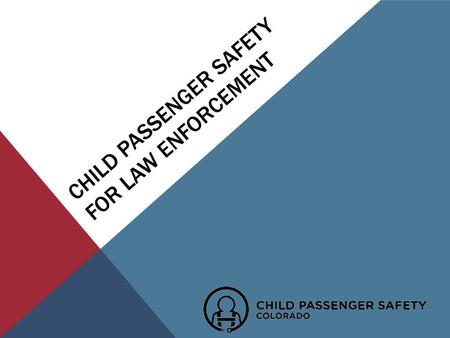 CHILD PASSENGER SAFETY FOR LAW ENFORCEMENT. WHY ARE WE HERE? To Create an Awareness of the importance of Child Passenger Safety Education & ENFORCEMENT. 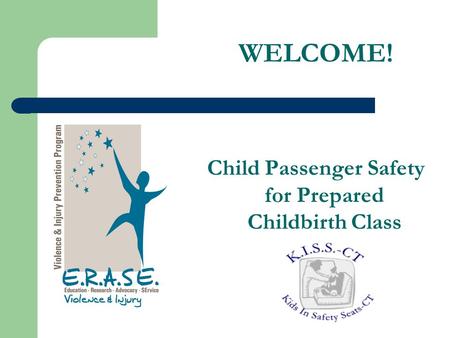 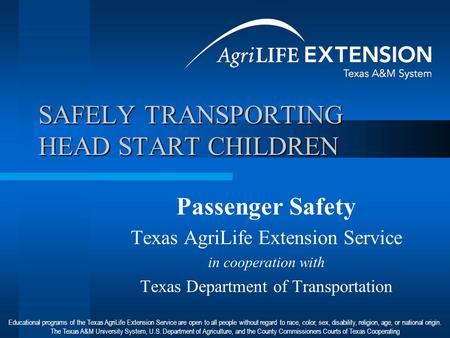 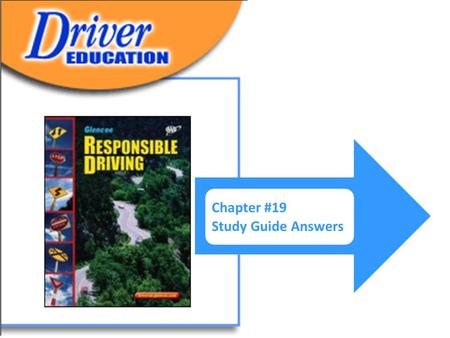 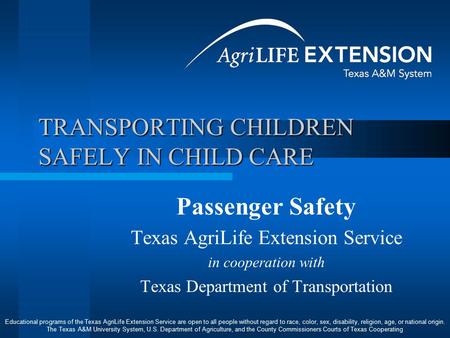 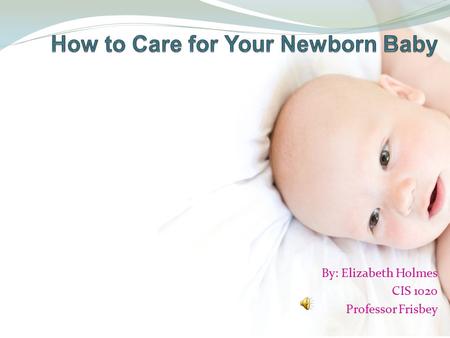 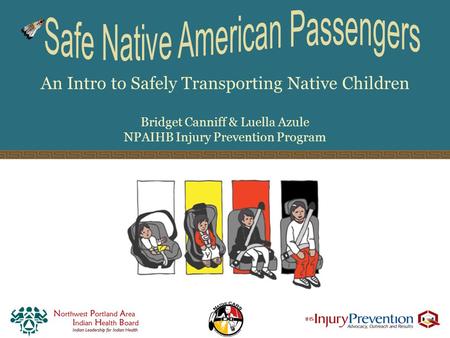 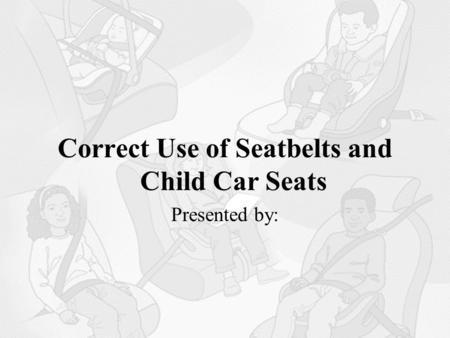 Correct Use of Seatbelts and Child Car Seats Presented by: 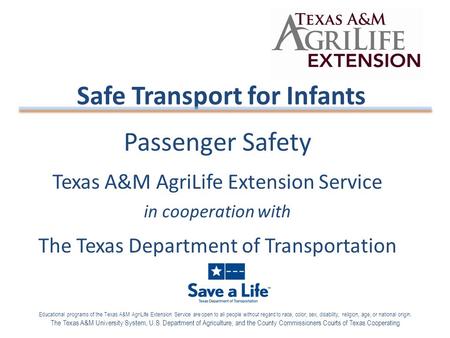