4 Before and After Impressionalism Dark mudding colors Literal representation of the church, sky and surroundings Color is very minimal Bright colors Free forming lines-- wavy and appear to be bending or melting

7 Self-Portrait with Bandaged Ear Van Gogh had a disease called epilepsy During one of his fits he went after a friend with a razor The friend left, but Van Gogh cut his ear with it He committed self to an asylum

8 Portrait of Dr. Gachet Van Goghs doctor after spending time in the asylum Mentally instable Insomnia Van Gogh recognized this madness as a disease Van Gogh thought would have painted better without disease Painting sold for 82.5 million in 1990 Highest payment to that date

11 Starry Night over the Rhone

13 The Red Vineyard Van Gogh was never famous while he was alive His brother, Theo bought his paintings This is the only painting Theo sold while Vincent was alive Sold at auction months before Vincent died Sold for 400 francs in Brussels 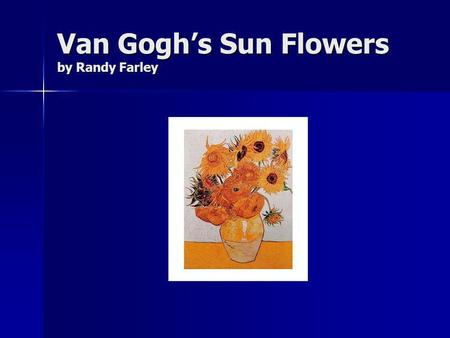 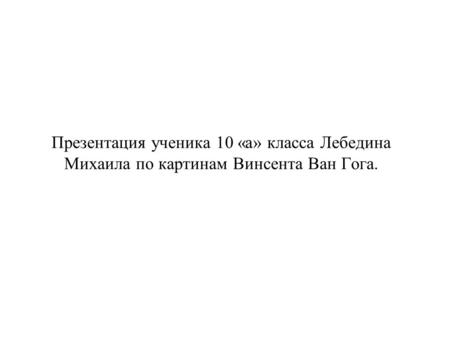 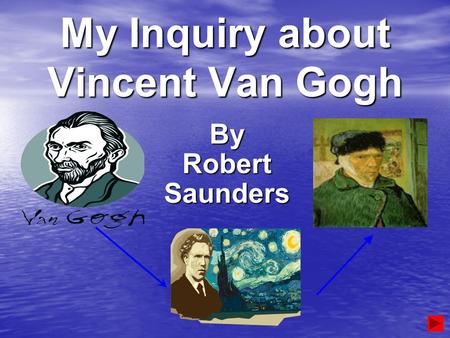 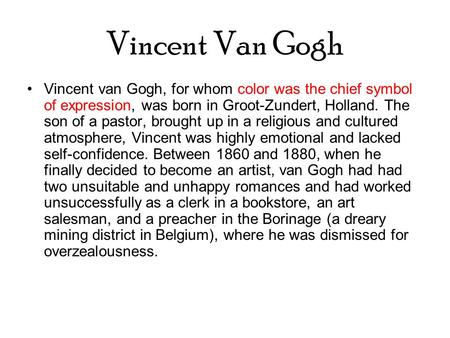 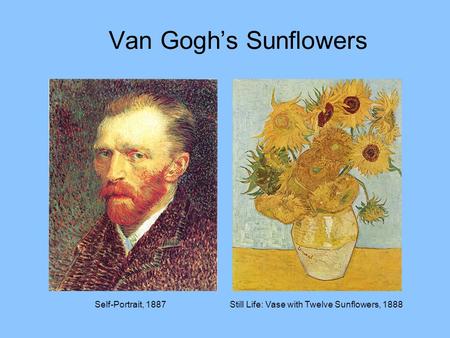 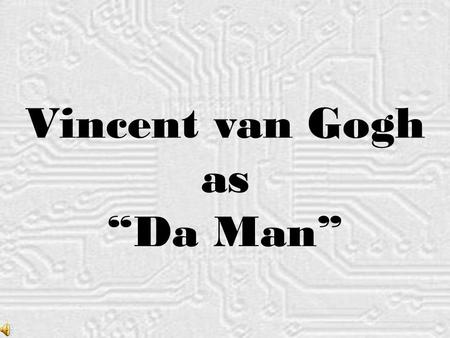