3 Single Linked List Definition: A linked list is a collection of nodes that together form a linear ordering. Each node is a compound object that stores an element and a reference, called next, to another node. Structure of a node Data Link Node Node Node Node first A0 A1 A2 A3

8 Single linked List Properties
Stores a collection of items non-contiguously. Each item in the list is stored with an indication of where the next item is. Must know where first item is. The list will be a chain of objects, called nodes, of type Node that contain the data and a reference to the next Node in the list. Allows addition or deletion of items in the middle of collection with only a constant amount of data movement. Contrast this with array.

9 Singly Linked List Let L = (e1,e2,…,en)
Each element ei is represented in a separate node Each node has exactly one link field that is used to locate the next element in the linear list The last node, en, has no node to link to and so its link field is NULL. This structure is also called a chain. e1 e2 e3 en …… first Link Field Data Field

14 Adding an element at the beginning
Create a new node; Element in the node has the same value as the new element; Node pointer points to the first element (non-header) Pointer from the header points to new node; Create(newnode); newnode.next header.next.next header.next newnode; O(1);

16 Deletion Deletion To delete a node X between A and B: Create a link from A to B, Remove node X

21 Delete any Node To delete the fourth element from the chain, we
locate the third and fourth nodes link the third node to the fifth free the fourth node so that it becomes available for reuse 20 10 30 11 first link data 80

25 The List ADT a node: element A3 Implementation next link
A0, A1, A2, ..., AN-1 by Linked List Operation: FindKth next next next next null O(N) running time

30 Circular List Representation
Programs that use chains can be simplified or run faster by doing one or both of the following: Represent the linear list as a singly linked circular list (or simply circular list) rather than as a chain Add an additional node, called the head node, at the front

32 Doubly Linked List Representation
An ordered sequence of nodes in which each node has two pointers: left and right.

34 Circular Doubly Linked List
Add a head node at the left and/or right ends In a non-empty circular doubly linked list: LeftEnd->left is a pointer to the right-most node (i.e., it equals RightEnd) RightEnd->right is a pointer to the left-most node (i.e., it equals LeftEnd) Can you draw a circular doubly linked list with a head at the left end only by modifying Figure 6.7? 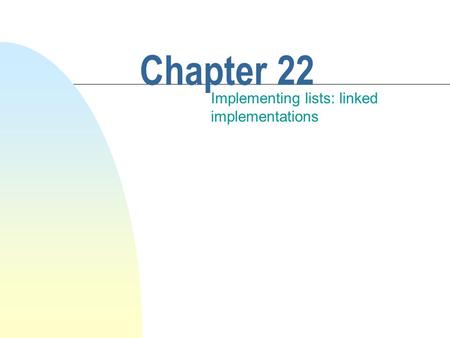 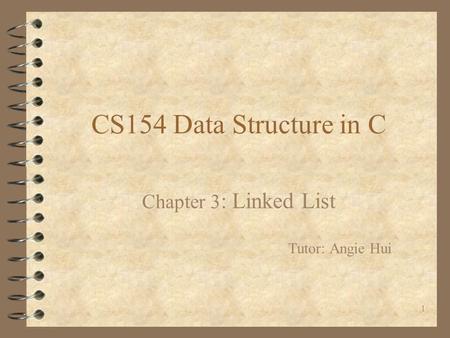 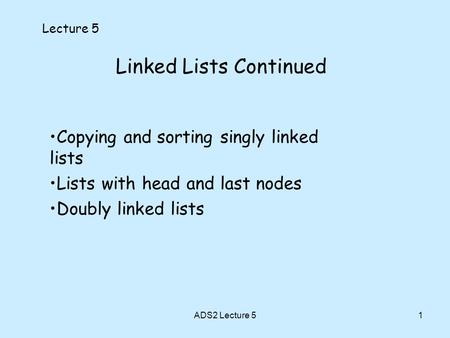 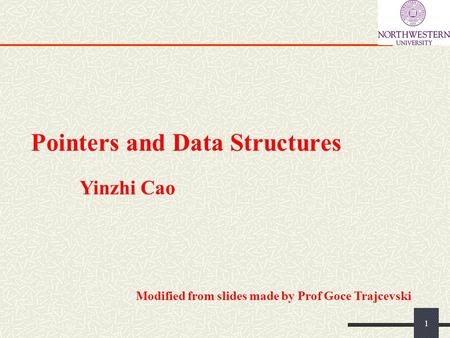 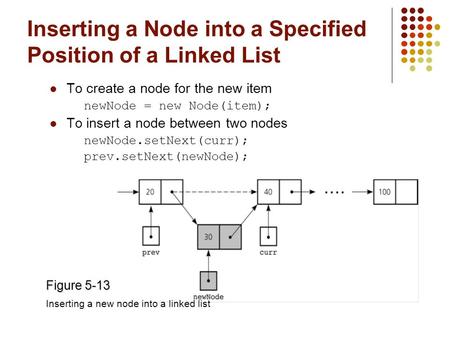 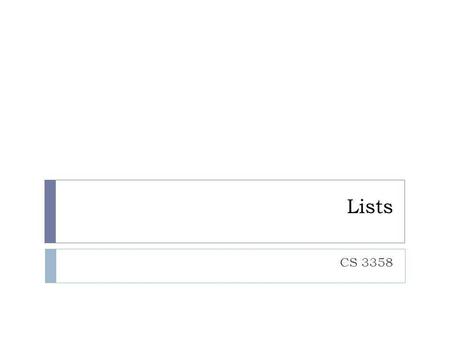 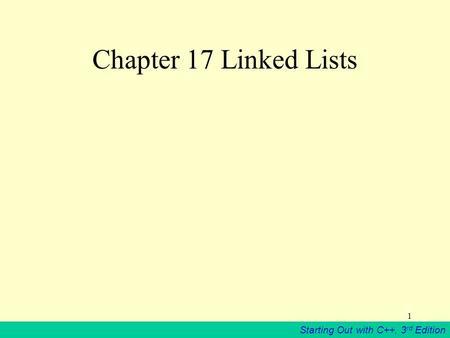 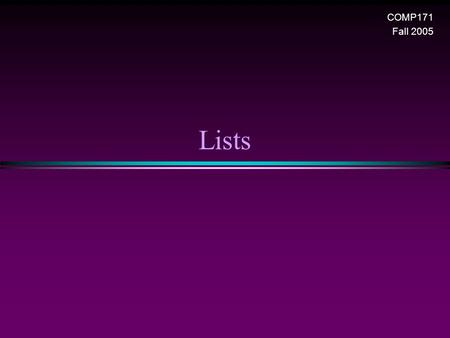 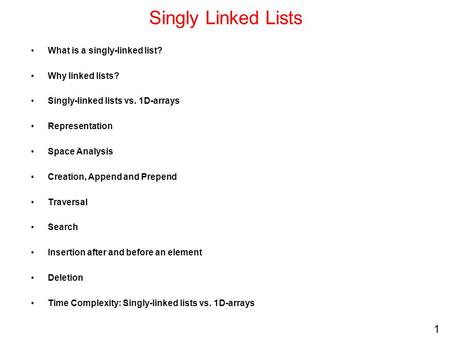 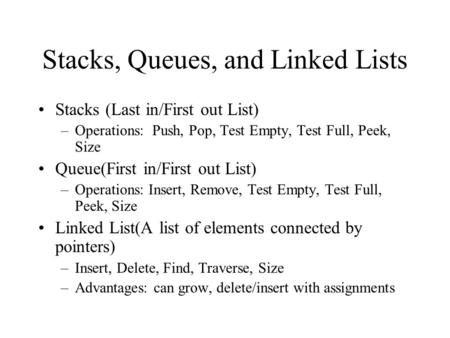 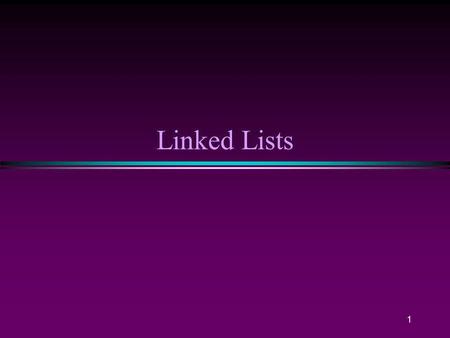 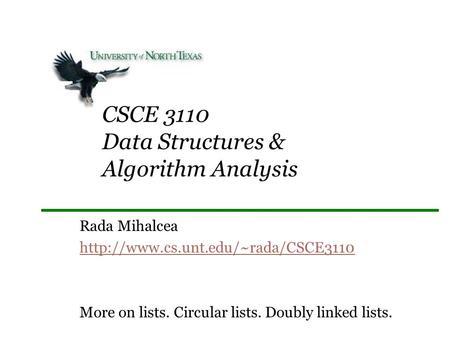 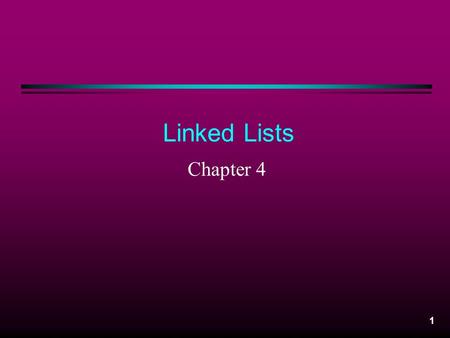 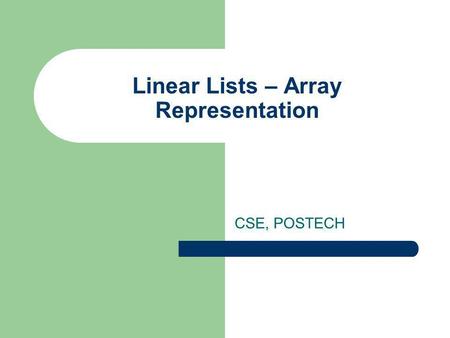 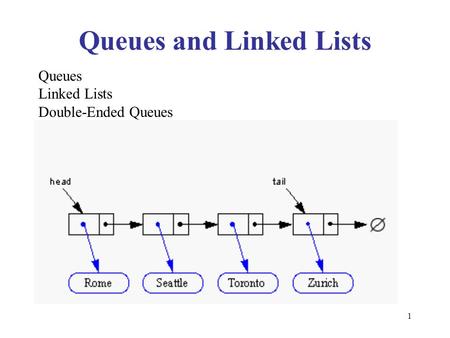 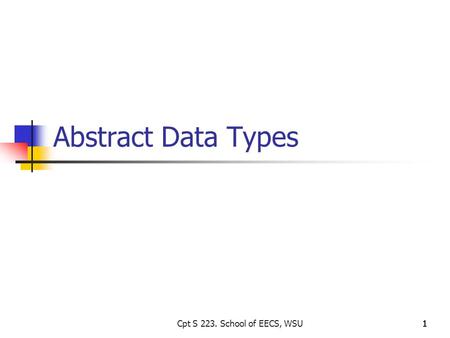 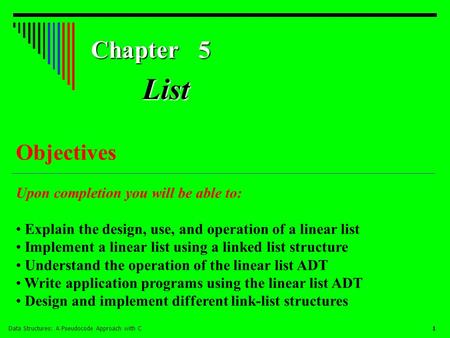 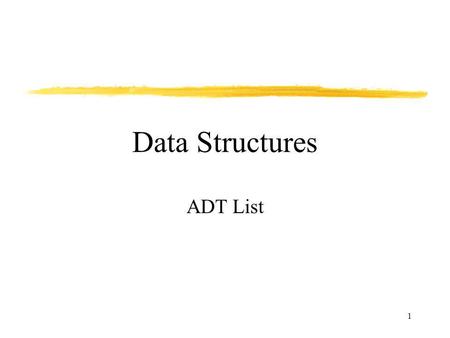 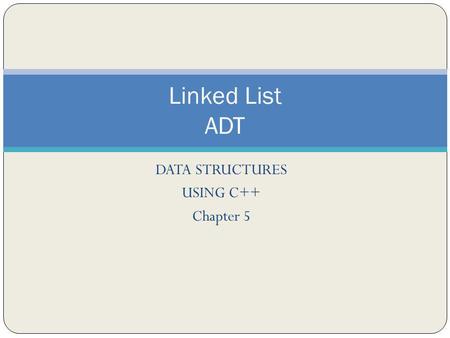