5 Lung Volumes Diagram Volume if cannot be broken down in smaller subcomponents.

8 General Approach to Interpretation
Is the test interpretable? Are the results normal? Or abnormal? What is the pattern? What is the severity? What does this mean for the patient? PFT’s cannot make a diagnosis; however, patterns can help narrow differential diagnosis.

9 Acceptability Criteria for Spirograms
Free from artifacts Cough or glottis closure during the first second of exhalation Early termination or cutoff Variable effort Leak Obstructed mouthpiece Satisfactory exhalation 6 sec of exhalation and/or a plateau in the volume-time curve or Reasonable duration or a plateau in the volume-time curve or The subject cannot or should not continue to exhale Good start Extrapolated volume is <5% of FVC or 0.15 L, whichever is greater or Time to PEF is <120 ms (optional until further information is available)

10 Repeatability Criteria
After three acceptable spirograms have been obtained, apply the following tests Are the two largest FVCs within 0.2 L of each other? Are the two largest FEV1s within 0.2 L of each other? If both of these criteria are met, the test session may be concluded. If both of these criteria are not met, continue testing until: Both of the criteria are met with analysis of additional acceptable spirograms or A total of eight tests have been performed or Save a minimum of three best maneuvers

11 Spirometry FVC (forced vital capacity): maximum volume of air that can be exhaled during a forced maneuver (after maximal forced inspiration, TLC) FEV1 (forced expired volume in one second): volume expired in the first second of maximal expiration after a maximal inspiration FEV1/FVC: FEV1 expressed as a % of FVC, a clinically useful index of airflow limitation

14 Percent Predicted as Normal Range
Results are expressed as % Predicted of a predicted normal value of a person the same age, sex, and height. (FVC and FEV1) Normal Ranges FVC % FEV % FEV1/FVC >0.70 of predicted ratio

15 Obstruction vs. Restriction
If the FVC and / or FEV1 is below normal The distinction between obstruction & restriction is based on the FEV1/FVC ratio NIH/WHO - GOLD guidelines recommends using ratio below 0.70 for the diagnosis of COPD ATS – FEV1/FVC ratio 0.08 to 0.10 less than the predicted ratio.

26 Upper Airway Obstruction Patterns
Detect obstructive lesions in the major airways. Characterizes the lesion: Location of the lesion: Intrathoracic Extrathoracic Behavior of the lesion in rapid inspiration and expiration: Fixed Variable Uncommon. Suspicion based on FVL. Different from obstruction of more distal airways due to asthma and COPD.

31 Lung Volumes Diagram Volume if cannot be broken down in smaller subcomponents.

33 Diffusion Capacity Estimates the transfer of oxygen in the alveolar air to the red blood cell. Factors that influence the diffusion: 1) Area of the alveolar-capillary membrane (A) 2) Thickness of the membrane (T) 3) Driving pressure 4) Hemoglobin 5) Carboxyhemoglobin

34 Diffusing Capacity Single-breath DLCO measures the capacity of the lung to transfer gas Patient exhales to RV then rapidly inhales gas mixture with minute amount of CO. After, 10 second breath-hold at TLC, the patient rapidly exhales & the exhaled gas is analyzed to measure the amount of CO transferred into the capillary blood during the maneuver 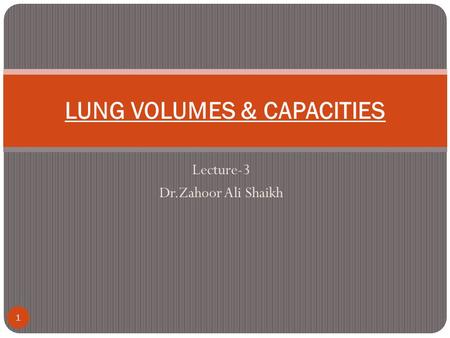 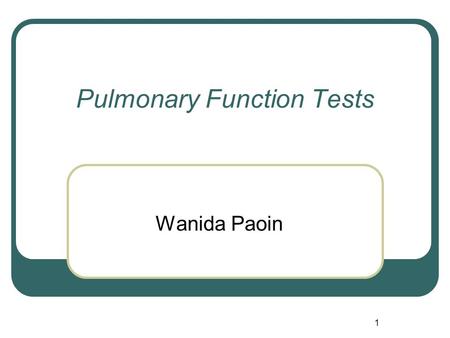 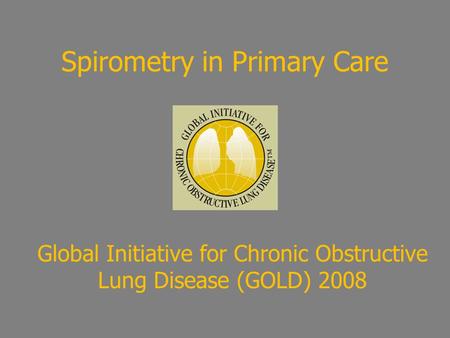 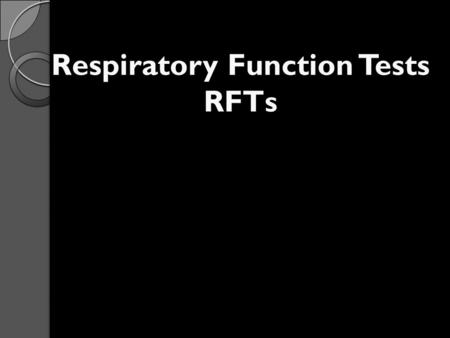 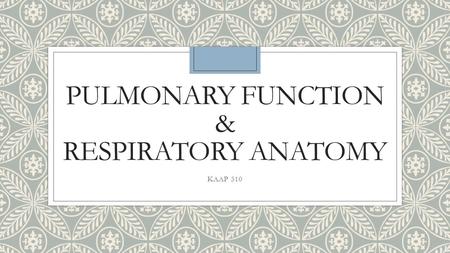 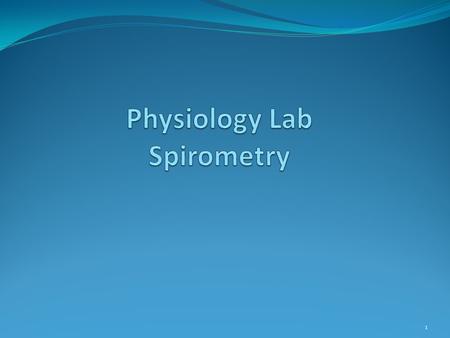 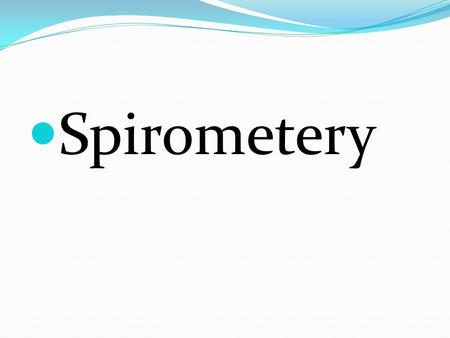 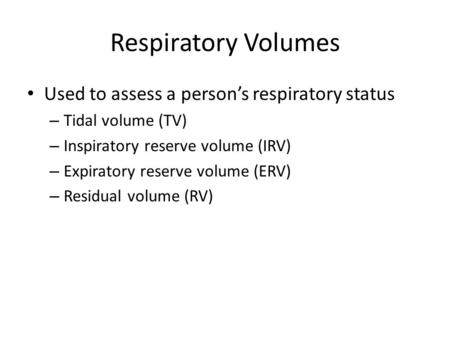 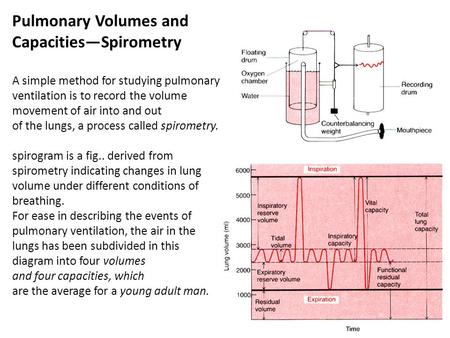 Pulmonary Volumes and Capacities—Spirometry A simple method for studying pulmonary ventilation is to record the volume movement of air into and out of. 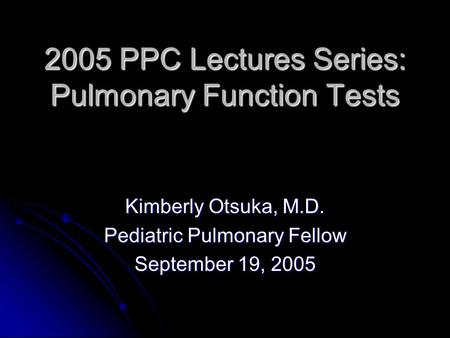 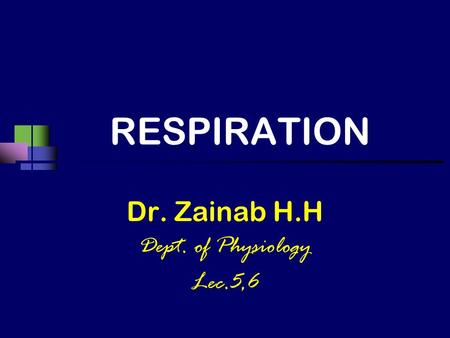 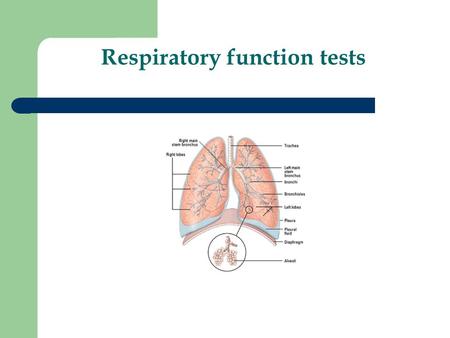 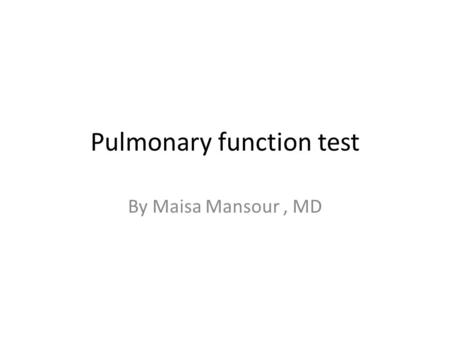 Pulmonary function test By Maisa Mansour, MD. PFT PTF is one of the most important and most frequently utilized investigations in our field. Why do. 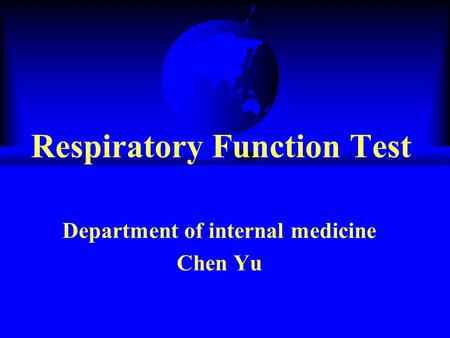 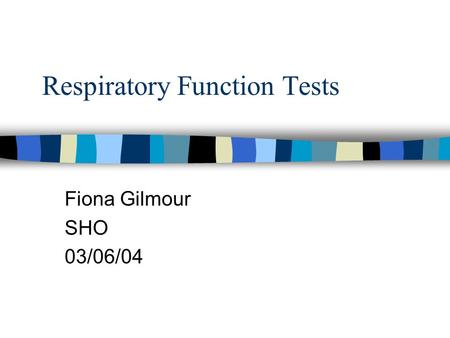 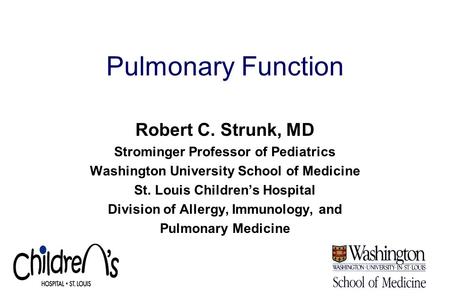 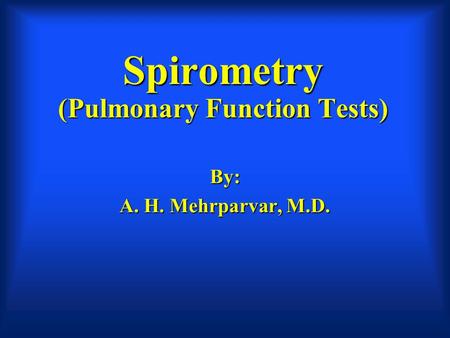 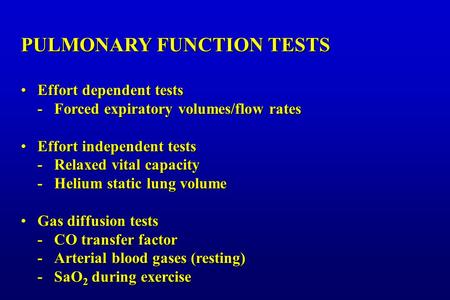 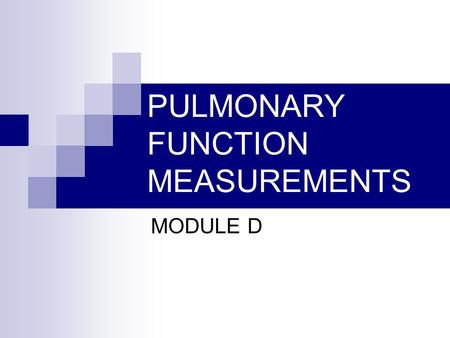 PULMONARY FUNCTION MEASUREMENTS MODULE D. Objectives At the completion of this module you will: List the four lung volumes including the following information: