3 What is Teen Dating Abuse Teen dating violence is abusive behavior: physical, emotional, sexual, financial, or social that one person in an intimate relationship uses in order to control the other person.

7 Financial Abuse Stealing money not letting someone work, asking someone to earn money through illegal methods.

11 Threatens to tell your parents or friends private things about you Start fights that never seem to end Always accuses you of cheating Threatens to "out" you Makes you feel badly about yourself, your friends or your family?

12 Things to remember… The signs and symptoms of abuse within teenage relationships are similar to those of other types of domestic violence. They may include physical violence, sexual assault, and emotional and/or psychological abuse.

13 Relationship abuse is a cycle. First you feel as though you are walking on eggshells. Then there is hitting or a scary incident. The abuser then apologizes and promises not to do it again. This cycle may repeat itself.

14 Relationship violence gets worse over time. Take seriously any threats that are made. You are important and do not deserve to be treated abusively.

15 Many acts of abuse begin early in dating relationships. Date and acquaintance rape may happen at the beginning of a relationship before there has been any physical intimacy.

16 Anyone can be a victim and anyone can be an abuser. Regardless of age, gender, sexuality, race, class, or religious affiliation.

18 There is no excuse for abuse. The abuser makes a choice to harm you. It is not your fault, no matter what other people say.

19 According to the Teen Dating Violence Initiative enacted by Congress, more than 40 percent of high school students (male and female, ages 16 to 19) have been the victim of dating violence (verbal, physical or emotional) at least once.

20 Even though teen dating violence can be a problem anywhere, with any gender or sexual orientation, males and females are typically abusive in different ways.

28 Prevalence of Dating Abuse In a survey of over four thousand 9th through 12th graders, approximately 1 in 5 females reported physical and/or sexual abuse by a dating partner.

29 36.4% of teenage girls and 37.1% of boys reported receiving some form of physical aggression from dating partners at least once.

31 Females between the ages of 16 and 24 experience the highest rates of domestic violence. Approximately 43% of teen dating violence victims reported that the dating abuse they experienced occurred in a school building or on school grounds.

35 Dating violence refers to couples who are in a casual or serious dating relationship and who may or may not be intimate.

36 While dating and domestic violence are much the same, there are differences. Unmarried adults can experience dating violence but often the victims are young.

37 Teenagers experiencing dating violence must not only face the pain of abuse but several other obstacles as well. They have even fewer resources available to them than victims of domestic violence

38 In some cases, domestic violence shelters are unable to accept victims under the age of 18, and young people often fear they won't be believed or taken seriously. They may be searching for independence and want to handle the problem on their own. They may think abuse is a normal part of relationships.

40 It is common for teen abusers to use stalking behaviors to monitor their dating partner's activities while still dating or after the partner has tried to end the relationship.

41 Stalking behaviors may not look dangerous to others, but they are intended to be threats to the partner to stay in the relationship and remain under the control of the abuser.

42 Stalking can take many forms, such as:

45 Using the Internet or other electronic means to stalk someone. This is commonly known as CYBERSTALKING. The stalker may use search engines, bulletin and discussion boards, online forums, chat rooms as well as online communities like MySpace, Facebook, Friendster and Indymedia to stalk the victim, sometimes without the victim even knowing it.

46 One example of this would be if the abuser sends flowers or gifts to the partner with a carefully worded apology designed to coerce her to not leave the relationship. 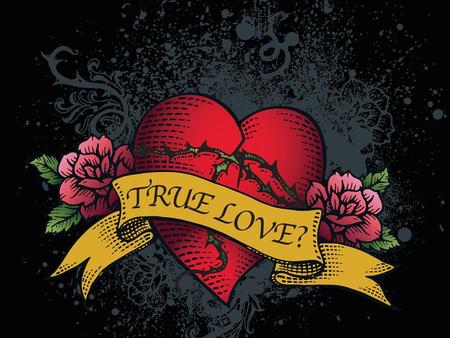 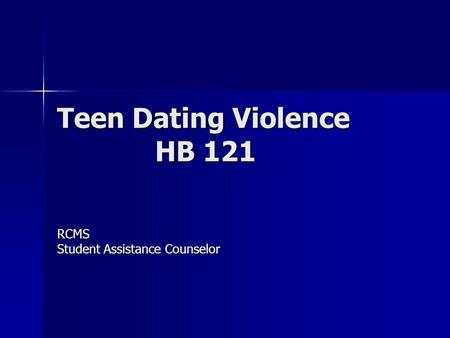 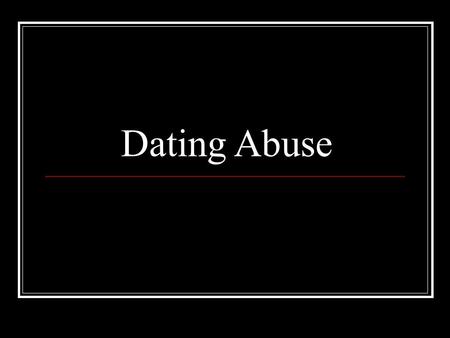 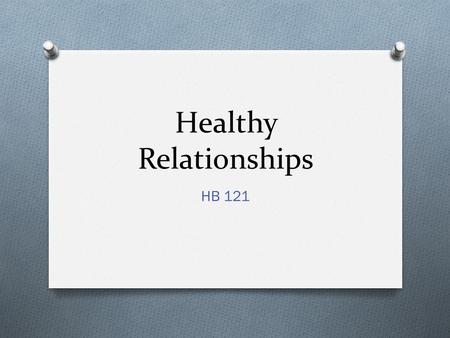 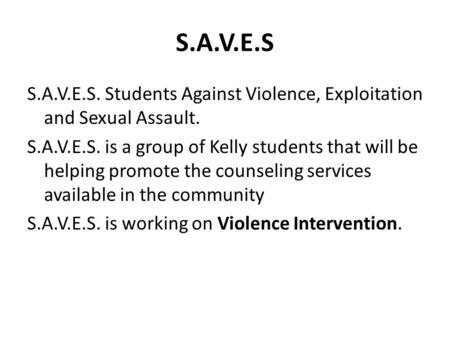 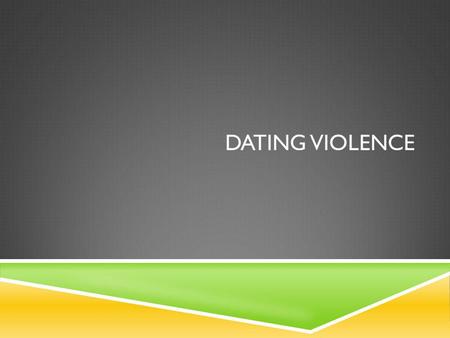 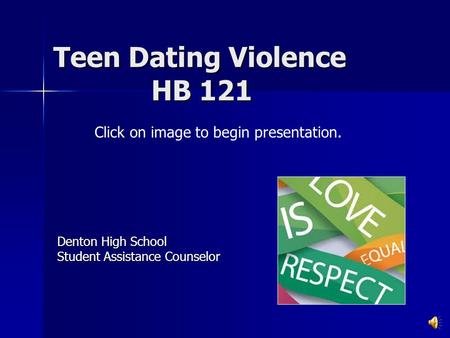