5 MRI High resolution MRI with rectal coil
Plane of mesorectal fascia can be seen on MRI which allows predicton of likelihood of a positive or close circumferential resection margin (CRM) Other prognostic features including extramural venous invasion, nodal status and peritoneal infiltration

6 Sensitivity & Specificities
A meta-analysis on sensitivities and specificities of CT / EUS / MRI published in 2004 Both EUS and MRI have high sensitivities for evaluating depth of tumor invasion into muscularis propria % For evaluating LN involvement, all 3 modalities were comparable (sensitivity, specificity) CT (55%, 74%), EUS (67%, 78%), MRI (66%, 76%)

8 Adjuvant therapy: preop or postop?
Decades ago, standard management of locally advanced rectal cancer was surgery with adjuvant radiotherapy -In 1990, NIH recommended that postop chemoradiotherapy as standard for patients with locally advanced rectal cancer (stage II or III) However complications of RT were dose limiting, treatment-related complications and treatment tolerance were factors leading to trials comparing pre-op and post-op therapies

12 German trial Results: Decreased local recurrence (6% vs 13%, p=0.006)
Less acute and long term toxic effects with better compliance (27% vs 40%, p=0.001) Sphincter preservation: no stat difference between the 2 groups subgroup analysis of 194 patients who were determined by surgeon before randomization to require an APR showed a stat sig increase in sphincter preservation in those who received preop CRT No statistically significant difference in overall survival

13 Short course preop radiotherapy
Several trials studied the effect of SCPRT vs surgery alone but many of them are in the pre-TME era Swedish Rectal Cancer Trial randomized 1168 patients in to either SCPRT then surgery or surgery alone significant reduction in local recurrence (11% vs 27%, P<0.001) and increase in 5-yr survival (58% vs 48%, P=0.002) the only trial that showed improvement in survival a follow up study at a median 13yrs showed the local control and survival remained durable the difference in local recurrence may account for the improved survival

14 Dutch Colorectal Cancer Group Trial
First study to investigate benefit of preop RT in combination with TME Randomized 1861 patients in with resectable rectal cancer to receive SCPRT or no SCPRT before standardized TME surgery Adjuvant therapy was only given to patients with intraoperative tumor spillage or positive margins at pathology Results: preop RT further reduce local recurrence rate (2.4% vs 8.2% at 2yrs)

20 Adjuvant therapy after neoadjuvant
Since the introduction of neoadjuvant therapy, it had led to questions on need of further adjuvant tx Support for use of adjuvant chemo came from extrapolation from colon cancer clinical trials suggest that approximately 6 months of FOLFOX is the optimal current strategy to improve survival One important question was whether the relatively brief exposure to chemo in combination with preop RT is sufficient to improve survival

21 EORTC trial Explored the impact of timing of chemo (preop / postop / both) on outcome It is a four-arm RCT that randomised 1011 patients in with T3/T4 rectal cancer to receive preop RT +/- concurrent Chemo, followed by surgery with or without postop chemotherapy Staging of tumor by clinical, rigid proctoscopy and CT (EUS optional) Results: significant decrease in local recurrence among patients who received chemotherapy (preop 8.7%, postop 9.6%, both 7.6%) than RT alone (17.1%) no sig diff in survival between the groups that received chemo preop and those that received it postop subgroup analysis revealed patients who responded to preop CRT (tumor downstaging to ypT0-2) had a survival benefit from postop chemotherapy (5yr disease free survival 76.7% vs 65.6%, P=0.13)

22 Guidelines NICE guideline, up dated 11/2011
cT3a extend <1mm beyond muscularis propria cT3b 1-5mm, cT3c >5-15mm, cT3d >15mm Recommendations: Low risk operable rectal cancer -no need for any SCPRT or CRT -long-term morbidity outweighs benefits Moderate risk -Consider SCPRT then immediate surgery for patients with moderate-risk operable rectal cancer. -Consider preoperative chemoradiotherapy with an interval to allow tumour response and shrinkage before surgery for patients with tumours that are borderline between moderate and high risk. High risk -Offer preoperative chemoradiotherapy with an interval before surgery to allow tumour response and shrinkage, (rather than SCPRT) to patients with high-risk operable rectal cancer -no direct evidence on effectiveness of SCPRT -reduction in risk of a positive margin would be facilitated by tumor shrinkage, with current evidence => recommend CRT -do not offer preop CRT solely to facilitate sphincter-sparing surgery because there was no evidence that CRT would facilitate increase in sphincter preservation

23 NCCN guideline For T3, N0 or T any N1-2 lesions
should be treated by preop CRT unless medically contraindictated Then undergo resection 5-10wks after completion of neoadjuvant therapy Post-op adjuvant chemotherapy for 6mo in total of pre & post op chemotherapy No recommendation on SCPRT 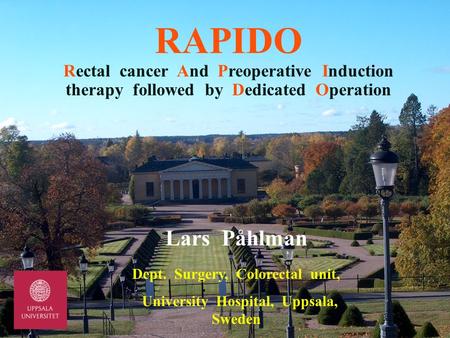 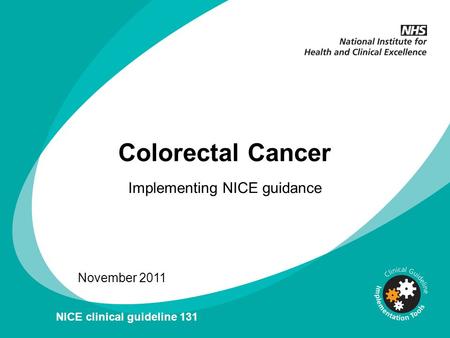 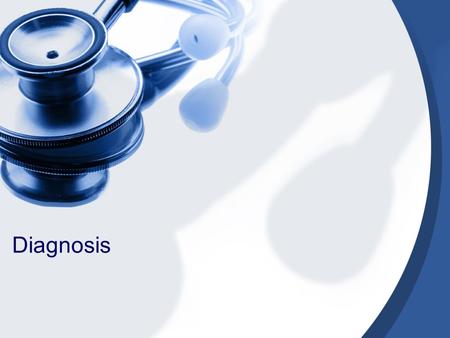 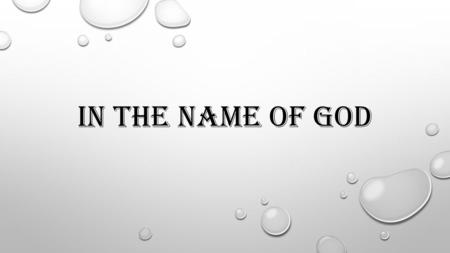 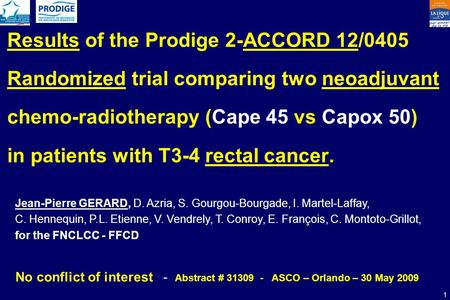 Results of the Prodige 2-ACCORD 12/0405 Randomized trial comparing two neoadjuvant chemo-radiotherapy (Cape 45 vs Capox 50) in patients with T3-4 rectal. 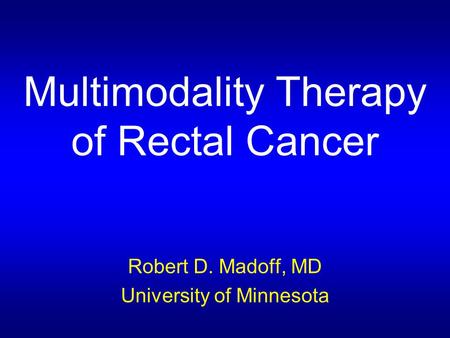 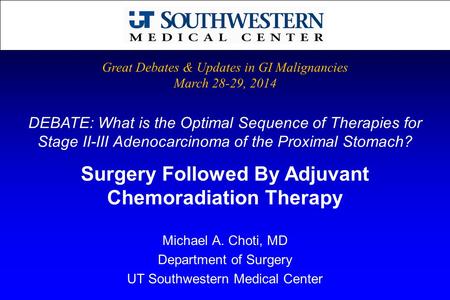 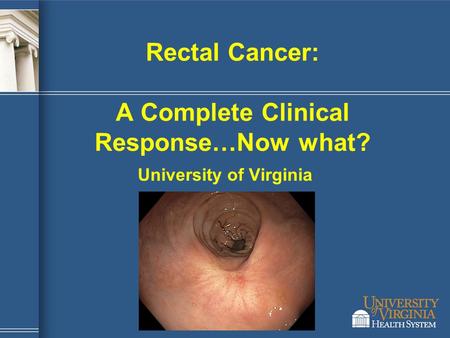 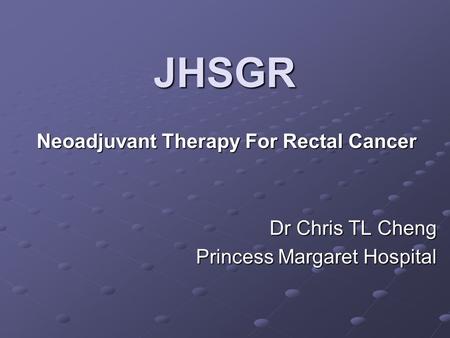 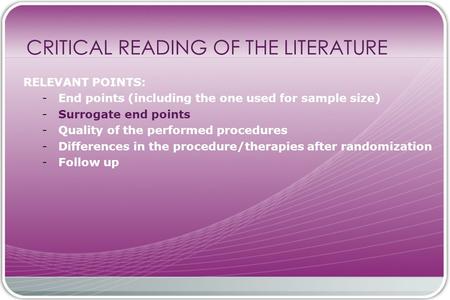 CRITICAL READING OF THE LITERATURE RELEVANT POINTS: - End points (including the one used for sample size) - Surrogate end points - Quality of the performed. 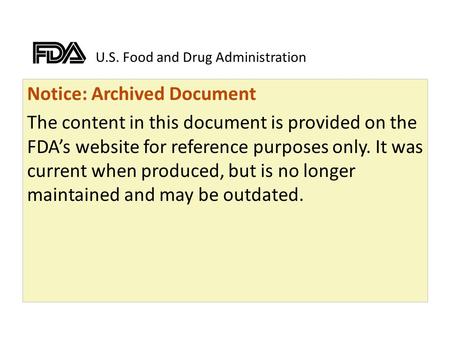 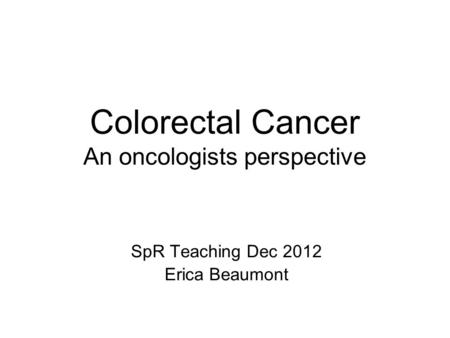