4 Somebody killed the cat. Martha usually gives John £100. They produce tomatoes here. The Romans founded this city. The cat was killed. £100 are usually given to John by Martha. John is usually given £100 by Martha. Tomatoes are produced here. This city was founded by the Romans. by somebody. by them.

5 Present Spl am/is/are + PP Nice clothes are sold here. Present Cont. am/is/are being + PP He is being taught now. Past Simple was/were + PP Tom was bitten by a snake. Past Cont. was/were being + PP A story was being told. Present Per have/has been + PP The doctor has been called. WILL will be + PP He wont be sent to prison. GOING TO am/is/are going to be + PP It is going to be sold. Conditional would be + PP These books would be read if they were more interesting. Modal modal + be + PP The doctor must be called at once.

7 Burglars broke into her house. Did they send the letter? He was telling a story when I arrived. They told me a lie. They were interviewing her at 3 oclock. PAST SIMPLE AND CONTINUOUS Her house was broken into. Was the letter sent? A story was being told when I arrived. I was told a lie.A lie was told to me. She was being interviewed at 3 oclock.

9 Kate will buy our house. He will not repair her bike. You must fill in this form. You should leave the window open. The court might find him guilty. MODALS Our house will be bought by Kate. Her bike wont be repaired.by him. This form must be filled in.by you. The window should be left open. He might be found guilty by the court. by you.

Download ppt "THE PASSIVE. Tom Cruise plays one of the cops. One of the cops is played by Tom Cruise. ActivePassive Present Simple am/ are/ is + past participle Present." 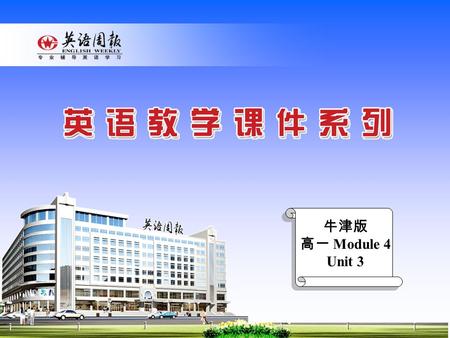 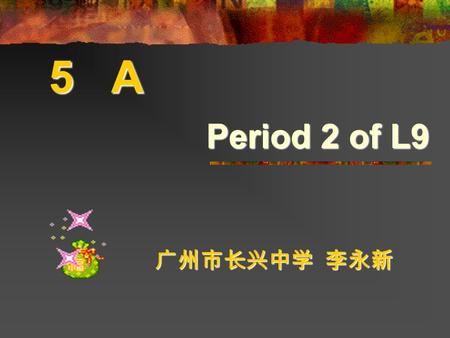 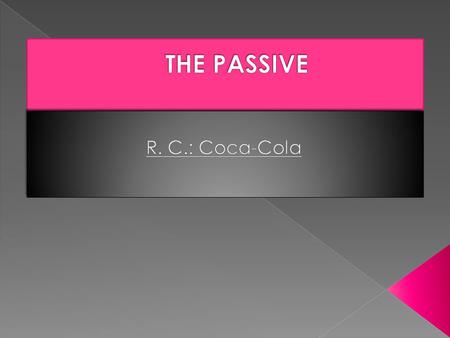 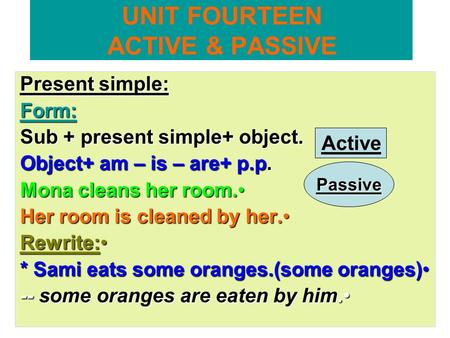 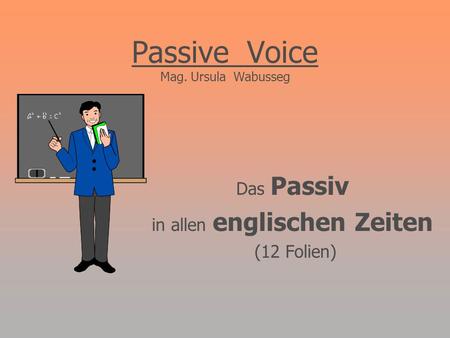 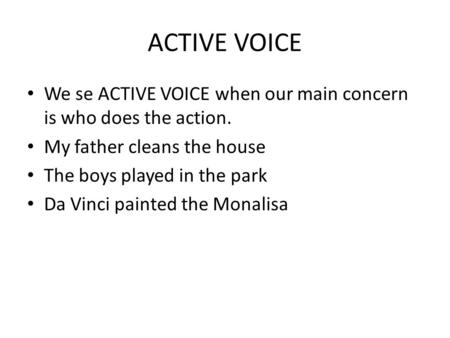 ACTIVE VOICE We se ACTIVE VOICE when our main concern is who does the action. My father cleans the house The boys played in the park Da Vinci painted the. 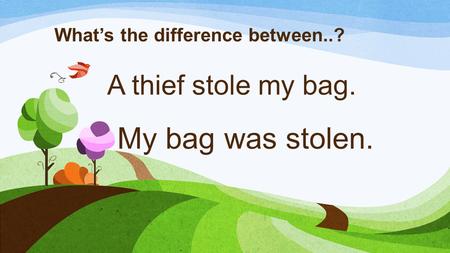 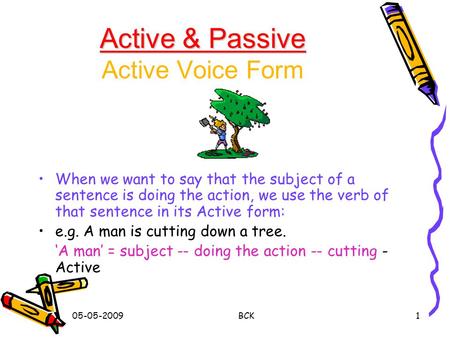 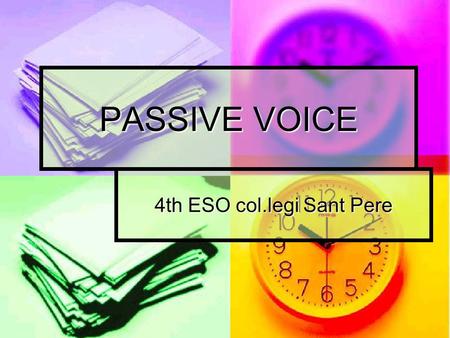 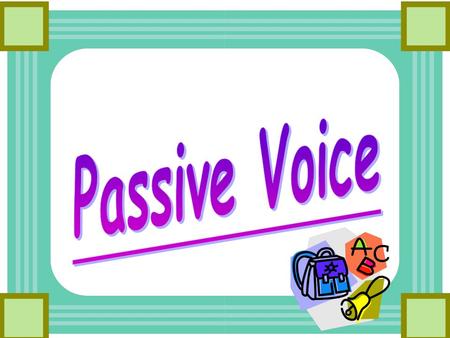 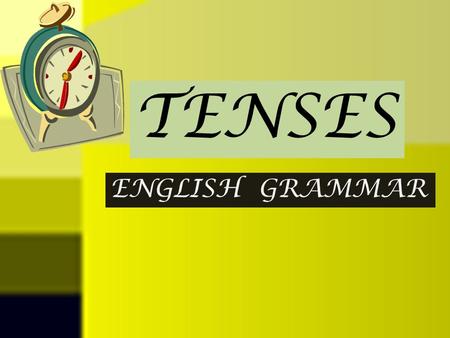 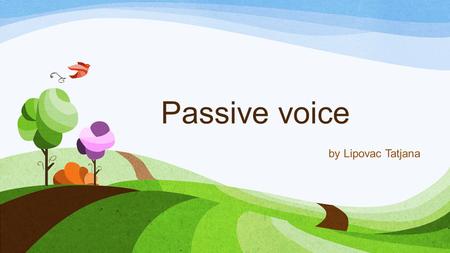 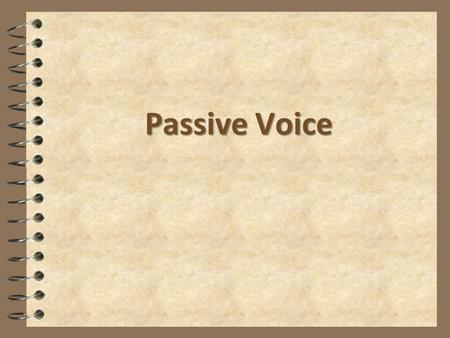 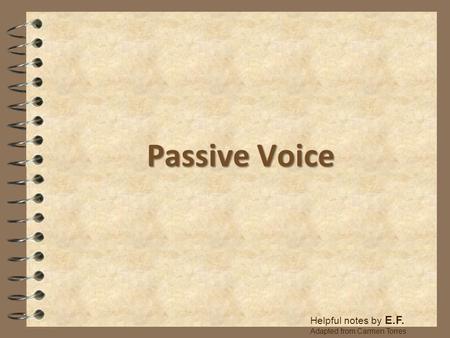 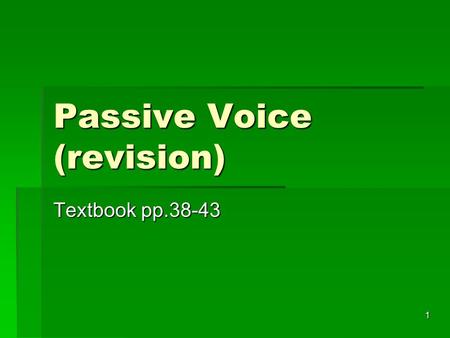 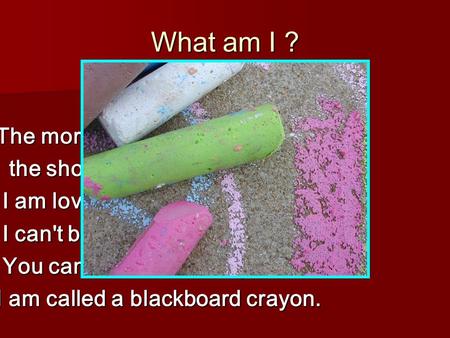