5 Agenda Types of Execution Plans First Look at an Execution Plan
Execution Plan Operators and Identifying potential performance bottlenecks How to view the plans SQL Sentry Plan Explorer “When writing an sql statement, you are telling SQL Server what you want, not how you want SQL Server to do it.” – Brian Hansen

6 Questions That Can Be Answered
Are indexes being used? Is the proper index being used? Are joins using the best physical join? Are indexes missing? Is there any unexpected processing? Where are the bottlenecks in the query? Is the problem in the database?

7 What is an Execution Plan?
How SQL Server will execute a query SQL Server may create more than one plan Uses Statistics to determine the best plan to use

9 Types of Plans and Displaying Execution Plans
Actual Estimated Displaying Execution Plans Graphical plans XML plans Saving .SQLPLAN SQL Servers uses statistics to create the execution plan for both actual and estimated plans “The estimated execution plan is designed to show what SQL Server would most likely do if it were to execute the query. Using statistics, it estimates how many rows may be returned from each table. It chooses the operators it will use to retrieve the data – scans or seeks. It decides how to best join the tables together – nested loops, merge joins, hash joins. It is a reasonably accurate guide to what SQL Server will do” - Jes Schultz Borland at BrentOzar.com Keep statistics up to date for the best possible execution plan Estimated execution plans are not stored in cache Demo #1

11 First Look at Execution Plan
With this slide things the should jump out as potential points of optimization Is the TOP really needed? The Table Scan The 78% for the FactFinance table The thick line coming out of the table scan The Nested Loop The missing index

13 Seeks vs Scans Index Scan vs Index Seek Scan Seek
Scan searches data pages Seek is preferred for highly selective queries If scan, check for index or a useful index WHERE lastname LIKE '%smit%' Demo #3\3A

14 Table Scan Usually considered less than optimal
Can happen if there are not any useful indexes If table is very small may not be an issue If expecting an Index Seek and not getting it: Update statistics Rebuild indexes

15 Physical Join Operators
Demo #4 Nested Loop Compares each row from one table with the other table One input is small other is Indexed properly Not supported with a Right Outer Join Performance is proportional to the amount of data being retrieved Query optimizer can under estimate the number of rows Merge Usually most efficient method of joining tables Requires both join input to be sorted on the merge columns Less I\O Requires at least one column to be unique Hash Uses a build input and a probe input Two phases: Build and Probe Works best with non indexed columns Three Types In-Memory Hash Grace Hash Recursive Hash There are three main kind of hash joins. 1) In-memory hash join  In build phase table fit completely in memory. 2) Grace hash join  In build phase table does not fit completely in memory and spans to disk. 3) Recursive hash join In build phase table is very large and have to use many levels of merge joins

16 Parallelism Can be difficult to test on a development machine Demo #5
Not all operators are suitable to be used in a parallel plan. The Optimizer will only choose a parallel plan if: the server has multiple processors, the maximum degree of parallelism setting allows parallel plans, and the cost threshold for parallelism sql server configuration option is set to a value lower than the lowest cost estimate for the current plan. Note that the value set here is the time in seconds estimated to run the serial plan on a specific hardware configuration chosen by the Query Optimizer team. The cost of the parallel plan is cheaper than the serial plan. If all these criteria are met, then the Optimizer will choose to parallelize the operation. Demo #5 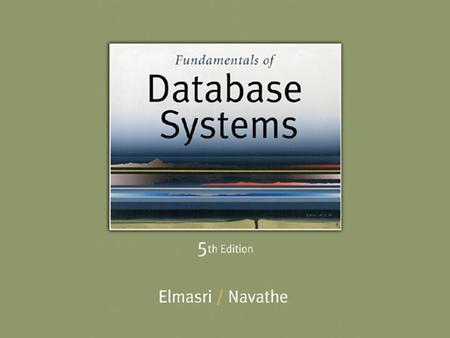 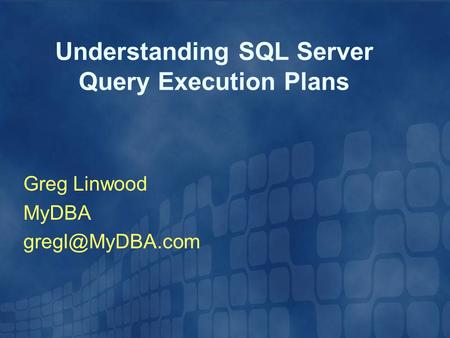 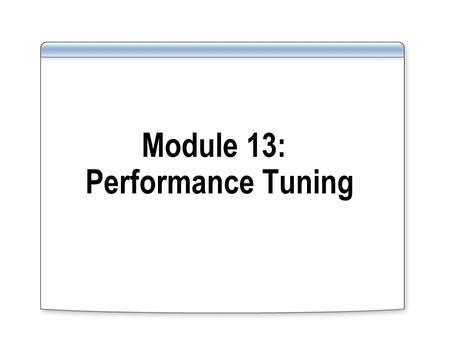 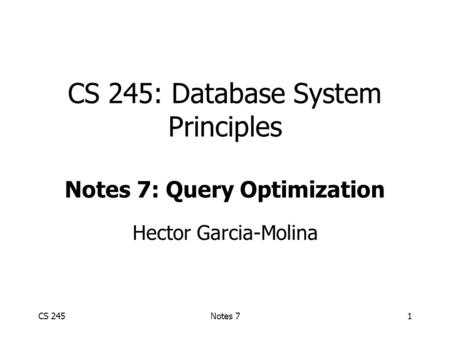 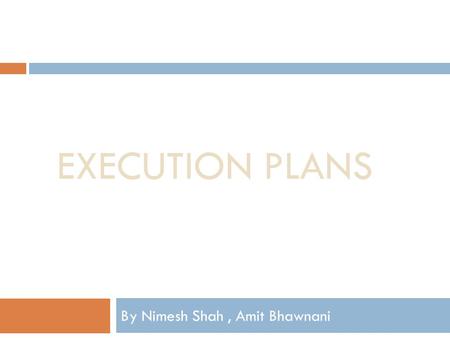 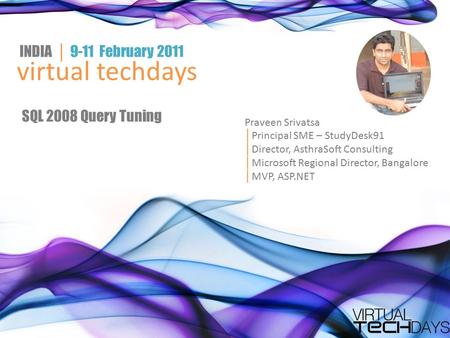 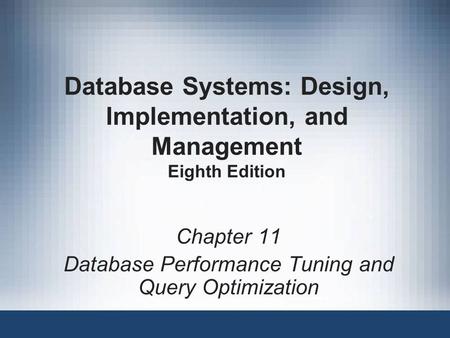 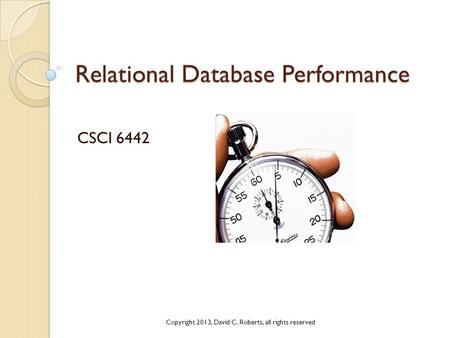 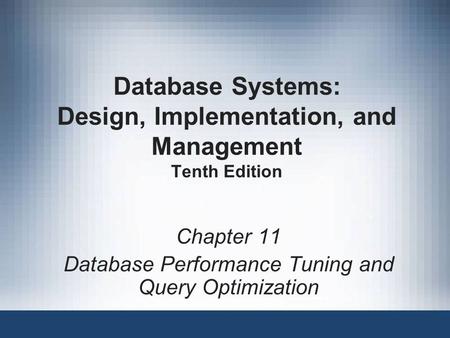 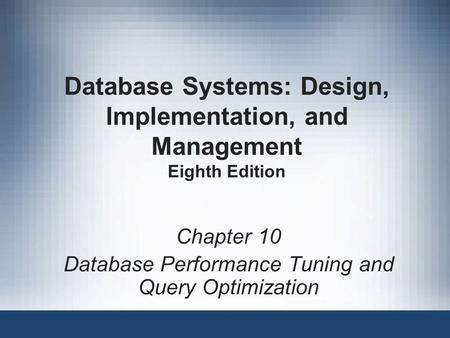 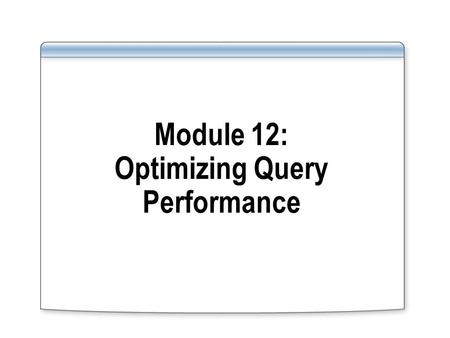 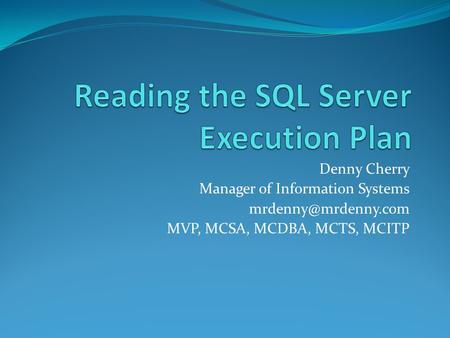 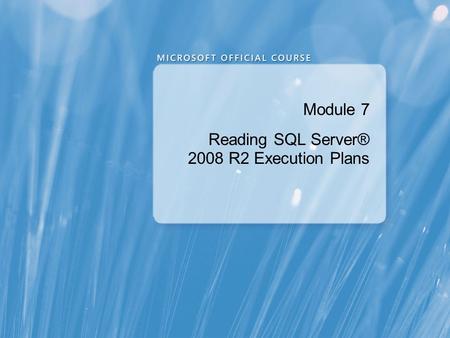 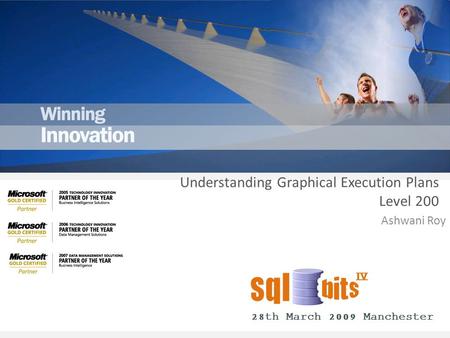 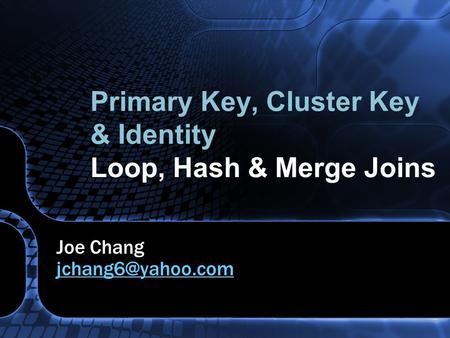 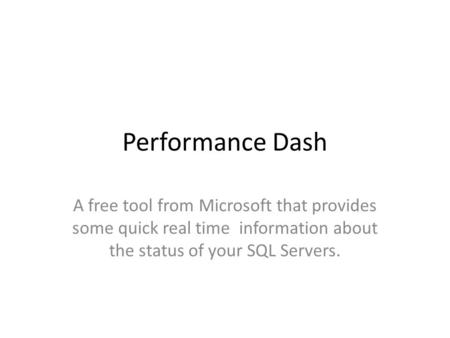 Performance Dash A free tool from Microsoft that provides some quick real time information about the status of your SQL Servers. 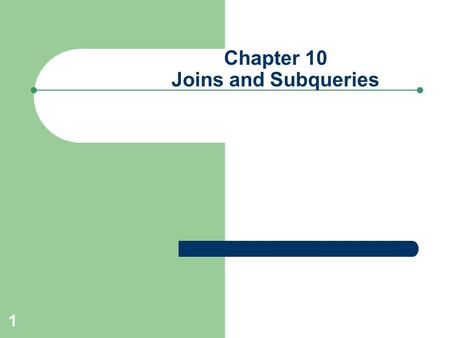 1 Chapter 10 Joins and Subqueries. 2 Joins & Subqueries Joins – Methods to combine data from multiple tables – Optimizer information can be limited based. 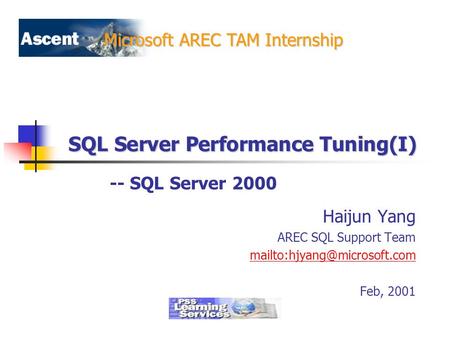 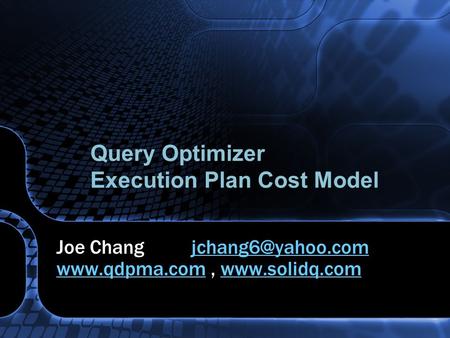 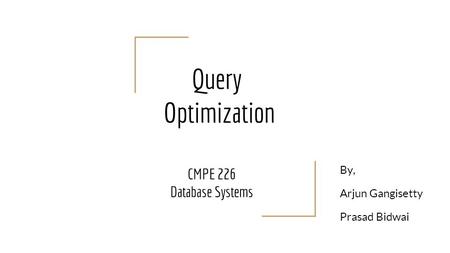