1 Chapter 8 Network Security
A note on the use of these ppt slides: We’re making these slides freely available to all (faculty, students, readers). They’re in PowerPoint form so you can add, modify, and delete slides (including this one) and slide content to suit your needs. They obviously represent a lot of work on our part. In return for use, we only ask the following: If you use these slides (e.g., in a class) in substantially unaltered form, that you mention their source (after all, we’d like people to use our book!) If you post any slides in substantially unaltered form on a www site, that you note that they are adapted from (or perhaps identical to) our slides, and note our copyright of this material. Thanks and enjoy! JFK/KWR All material copyright J.F Kurose and K.W. Ross, All Rights Reserved Computer Networking: A Top Down Approach Featuring the Internet, 3rd edition. Jim Kurose, Keith Ross Addison-Wesley, July 2004. 8: Network Security

4 What is network security?
Confidentiality: only sender, intended receiver should “understand” message contents sender encrypts message receiver decrypts message Authentication: sender, receiver want to confirm identity of each other Message Integrity: sender, receiver want to ensure message not altered (in transit, or afterwards) without detection Access and Availability: services must be accessible and available to users 8: Network Security

7 There are bad guys (and girls) out there!
Q: What can a “bad guy” do? A: a lot! eavesdrop: intercept messages actively insert messages into connection impersonation: can fake (spoof) source address in packet (or any field in packet) hijacking: “take over” ongoing connection by removing sender or receiver, inserting himself in place denial of service: prevent service from being used by others (e.g., by overloading resources) more on this later …… 8: Network Security

25 Authentication Goal: Bob wants Alice to “prove” her identity to him
Protocol ap1.0: Alice says “I am Alice” in a network, Bob can not “see” Alice, so Trudy simply declares herself to be Alice “I am Alice” 8: Network Security

35 ap5.0: security hole Man (woman) in the middle attack: Trudy poses as Alice (to Bob) and as Bob (to Alice) Difficult to detect: Bob receives everything that Alice sends, and vice versa. (e.g., so Bob, Alice can meet one week later and recall conversation) problem is that Trudy receives all messages as well! 8: Network Security

37 Digital Signatures Cryptographic technique analogous to hand-written signatures. sender (Bob) digitally signs document, establishing he is document owner/creator. verifiable, nonforgeable: recipient (Alice) can prove to someone that Bob, and no one else (including Alice), must have signed document 8: Network Security

57 Limitations of firewalls and gateways
IP spoofing: router can’t know if data “really” comes from claimed source if multiple app’s. need special treatment, each has own app. gateway. client software must know how to contact gateway. e.g., must set IP address of proxy in Web browser filters often use all or nothing policy for UDP. tradeoff: degree of communication with outside world, level of security many highly protected sites still suffer from attacks. 8: Network Security

59 Internet security threats
Mapping: before attacking: “case the joint” – find out what services are implemented on network Use ping to determine what hosts have addresses on network Port-scanning: try to establish TCP connection to each port in sequence (see what happens) nmap ( mapper: “network exploration and security auditing” Countermeasures? 8: Network Security 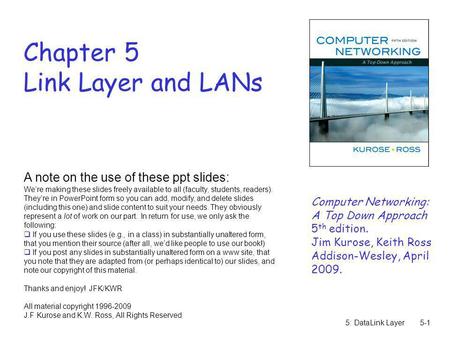 5: DataLink Layer5-1 Chapter 5 Link Layer and LANs A note on the use of these ppt slides: Were making these slides freely available to all (faculty, students, 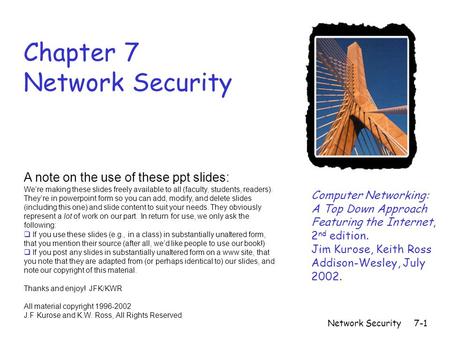 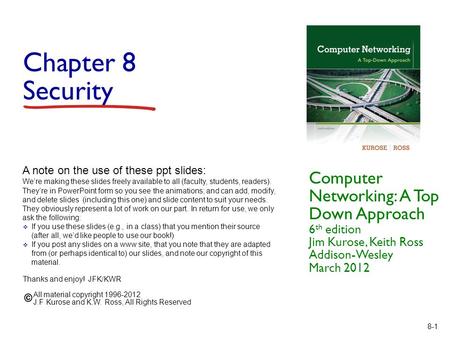 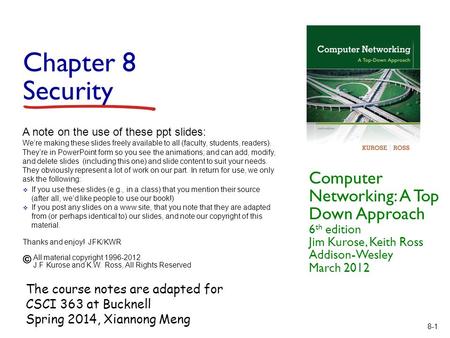 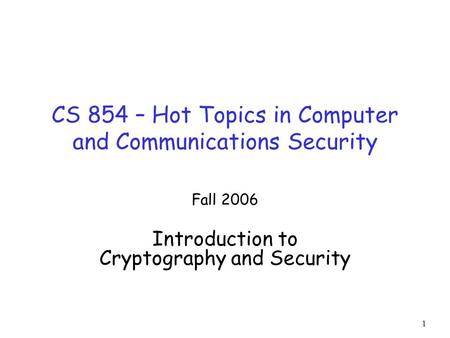 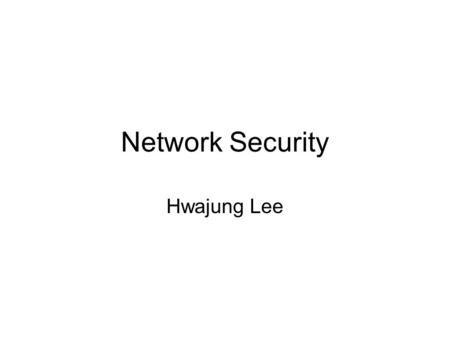 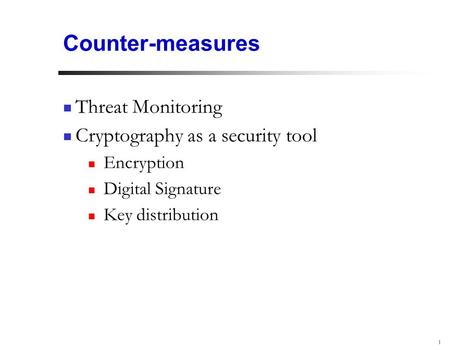 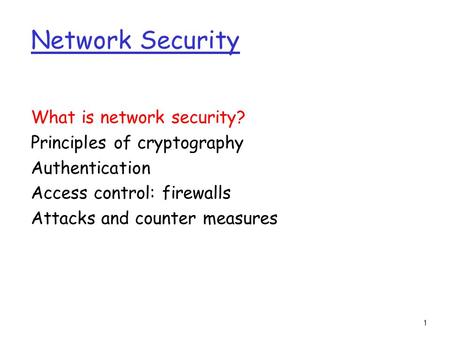 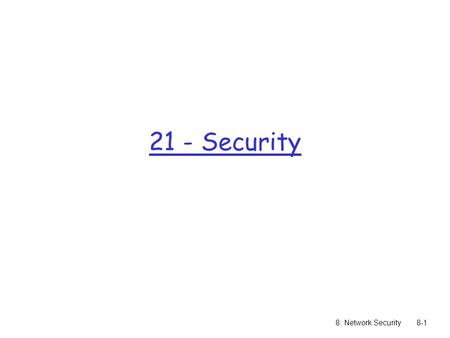 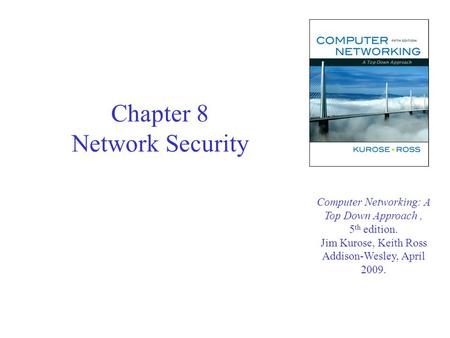 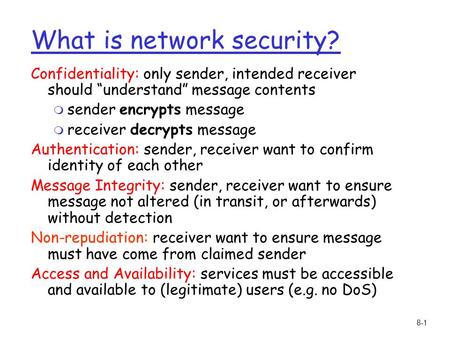 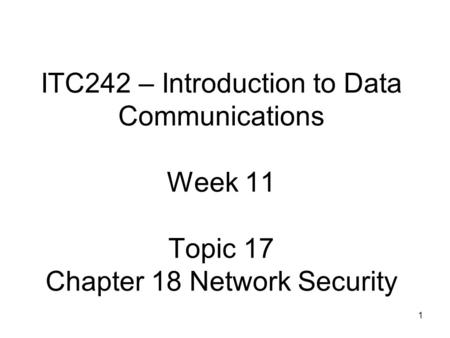 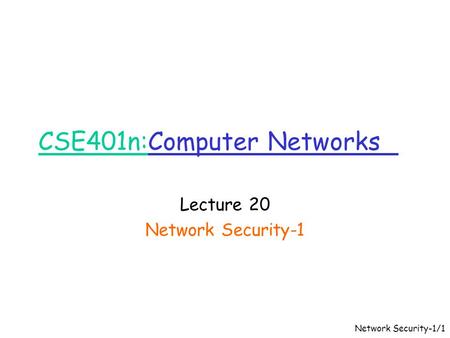 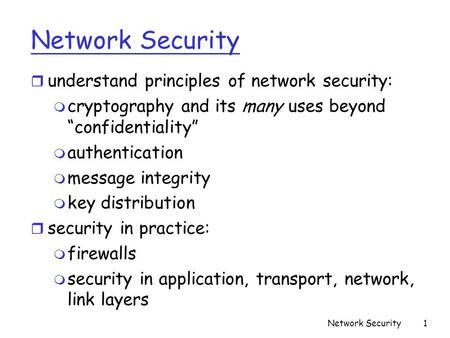 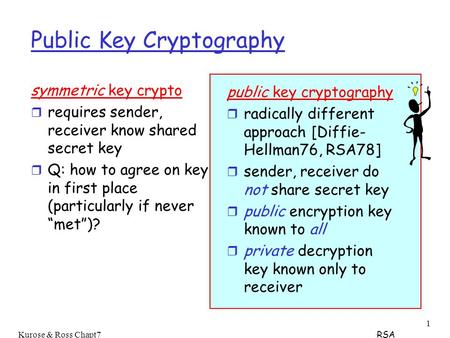 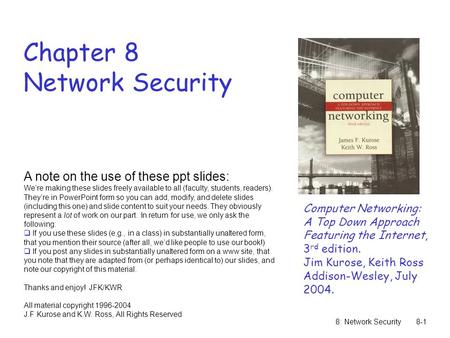 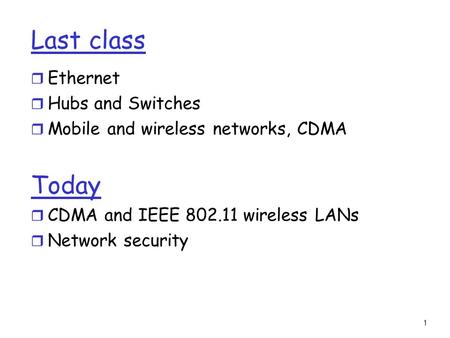 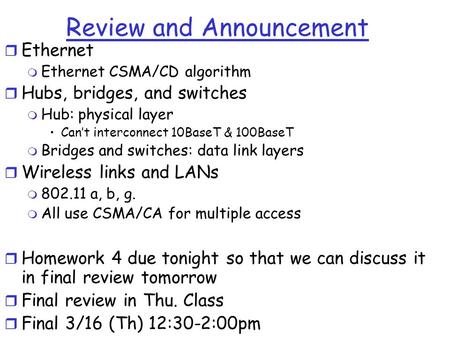 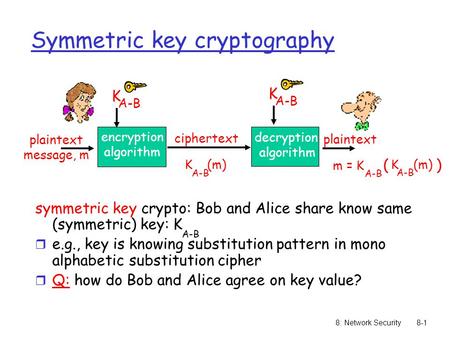 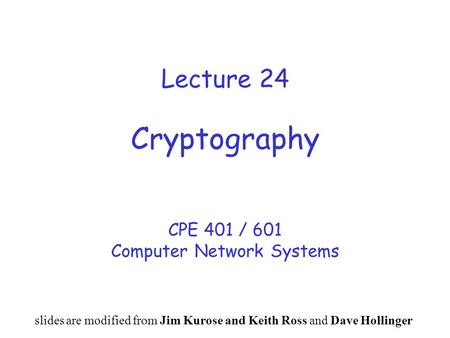