1 King Arthur, Courtly Love and Chivalry
By Nick Singleton and Zach Will

2 King Arthur King Arthur was thought to be one of the greatest kings of Britain. His existence was never proven but the folklore behind this man has solidified his place as a great king. He was conceived out of adultery when his mother was raped by his father. He dressed up as the women’s husband and had his way with her.

3 King Arthur Extended Arthur is raised by a wizard named Merlin.
Merlin made the round table for Arthur’s father Uther. The table could seat 150 soldiers Once Uther perished the knights did not know who to should take his place. Merlin proposes a challenge. The first to draw the sword from the stone would become king. Arthur does it and becomes the king of the Britains. The sword in the stone was Excalibur

4 Arthur brings together the Britains
Arthur brings together the Britains. His reign was that of a well loved king. It was marked with many heroic deed. Arthur gets married to a women named Guinevere Sir Lancelot (one of the knights of the round table) Has an affair with his wife and when caught flees to France. Arthur dies in a battle with his nephew while trying to recover his kingdom. He has his sword thrown into a lake.

5 Courtly Love Courtly Love was a set of rulers in which people could seek romantic relationships outside of their marriage as long as they follow the rules. Often lead to many problems within the inner court circle.

6 Chivalry Chivalry was a set of morals and qualities that knights idealized. Knights swore to uphold these morals in their knighthood ceremony 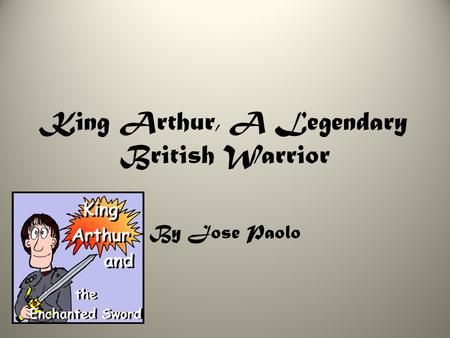 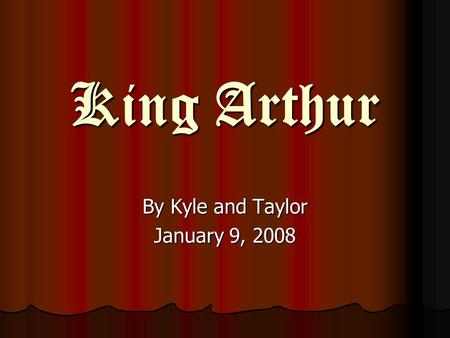