2 How to read the poem The way the poem is set out means that it can be read in two ways. With a partner read all the “I said” then all the “she said” sections. Next read one stanza of each Which way makes more sense? Why? What is the theme of the poem? Why do you think the poet has used this layout?

3 Writing about the poem Our Love Now ‘Our Love Now’ by _____ is about …
In the poem the male narrator… However, the woman feels… I believe that Martyn Lowery is saying…

5 Extended Metaphor – a cut or wound
Suggests that something has damaged the relationship I said, observe how the wound heals in time, how the skin slowly knits and once more becomes whole The cut will mend, and such is our relationship. Alliteration – emphasises that it will take time The man believes that the damage can be repaired She said, Although the wound heals and appears cured, it is not the same. There is always a scar, a permanent reminder. Such is our love now The woman is saying that there will always be something there to remind her of the damage done Extended Metaphor – a cut or wound

6 Extended metaphor – a burn
He is saying that what has happened was “ugly” but they can put it to the back of their minds I said, observe the scab of the scald, the red burnt flesh is ugly, but it can be hidden. In time it will disappear, Such is our love, such is our love. In time it can be forgotten, like it has never happened Repetition – he is begging for her to carry on - their love can survive anything It might no longer hurt as much as when it first happened She said, Although the burn will no longer sting and we’ll almost forget that it’s there the skin remains bleached and a numbness prevails. Such is our love now Never quite go away All my feelings have died, gone away Extended metaphor – a burn

7 Extended metaphor – hair cut
I said, remember how when you cut your hair, you feel different, and somehow incomplete. But the hair grows – before long it is always the same. Our beauty together is such. He is saying that things sometimes “feel different” but after a while it will be “the same” Things will improve quickly She is saying that people change, things will never be exactly the same She said, After you’ve cut your hair, it grows again slowly. During that time changes must occur, the style will be different. Such is our love now. Takes a long time to even seem normal Extended metaphor – hair cut

8 He is comparing what has happened to a “raging storm” something violent maybe?
I said, listen to how the raging storm damages the trees outside. The storm is frightening but it will soon be gone. People will forget it ever existed. The breach in us can be mended “ frightening” while it is happening but “soon gone” - it is over quickly What happened didn’t last long Causes damage to the relationship, leaves things that can’t be healed She said, Although the storm is temporary and soon passes, it leaves damage in its wake which can never be repaired. The tree is forever dead. Such is our love “Forever dead” – final, cannot be repaired ever! “Tree” could relate to a family tree, so not only is relationship over but family life too

9 Structure The structure of the poem is designed to convey the breakdown of the relationship. The man is on one side, the woman on the other. The man’s words are of reconciliation, repairing the damage and healing wounds, whereas the woman talks of scars, numbness and damage that cannot be repaired.

10 Rhythm There is no clear rhythm or rhyme as there is no harmony between the couple, everything is strained and painful.

11 Theme The poem explores the pain caused when a relationship breaks down. The male narrator tries to convince his partner that their love can be saved but she does not believe him. The man appears rather guilty and desperate, we don't know what has happened but it seems like it is his fault. By the end the relationship appears doomed as the woman says ‘The tree is forever dead./ Such is our love’. 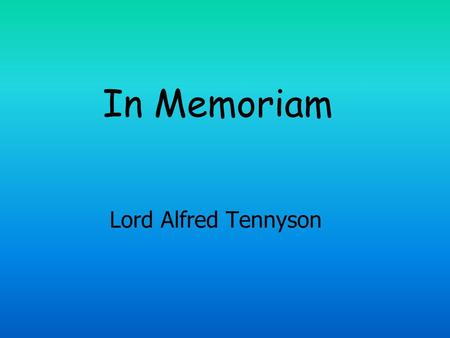 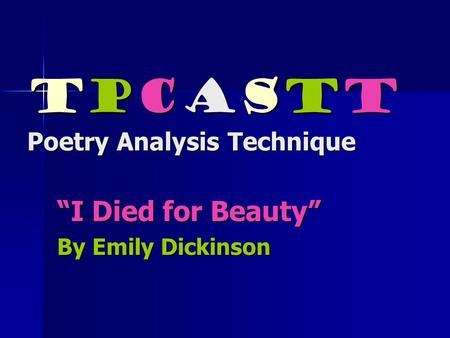 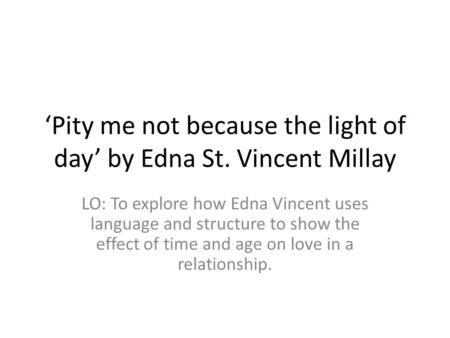 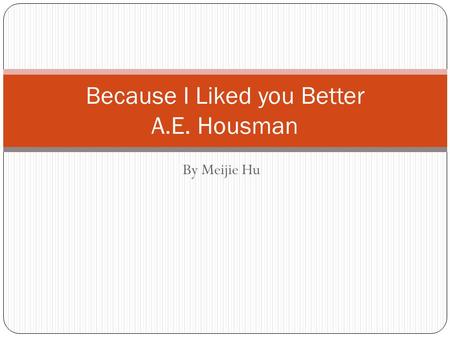 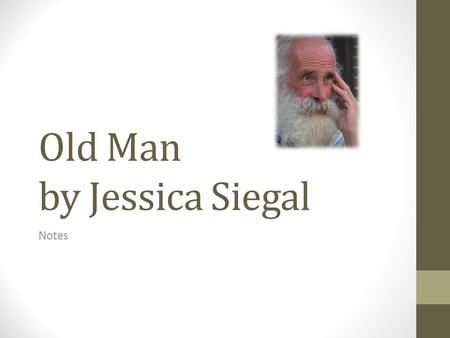 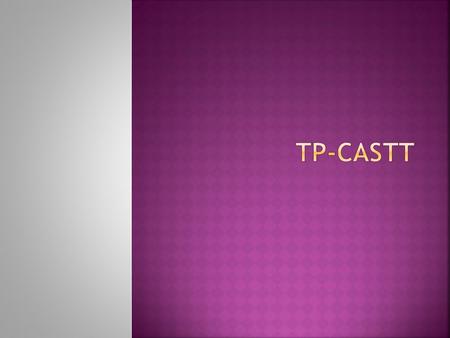 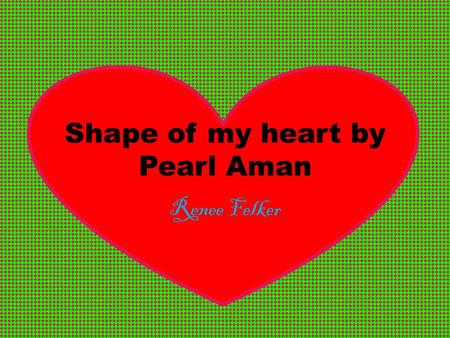 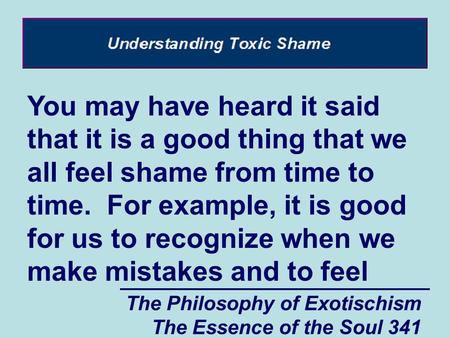 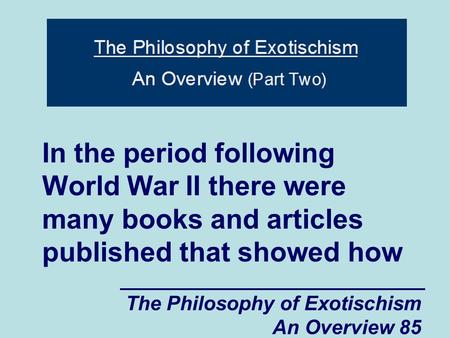 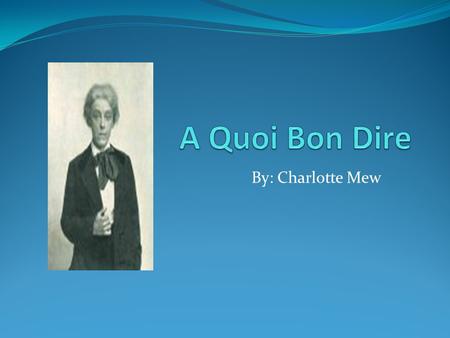 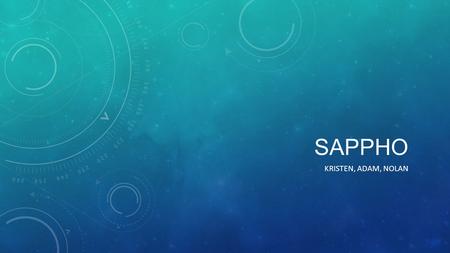 SAPPHO KRISTEN, ADAM, NOLAN. WEEKLY NOTES Sappho is the only female Greek Author whose work survives today Very few of her poems have been preserved Sappho. 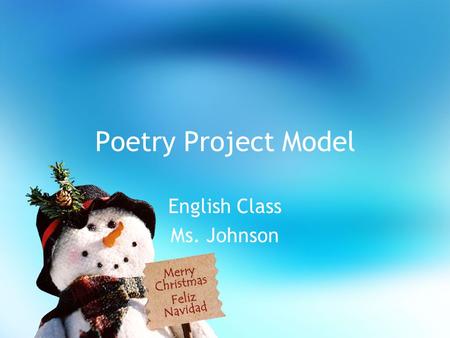 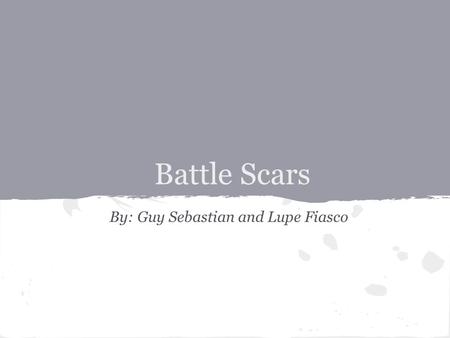 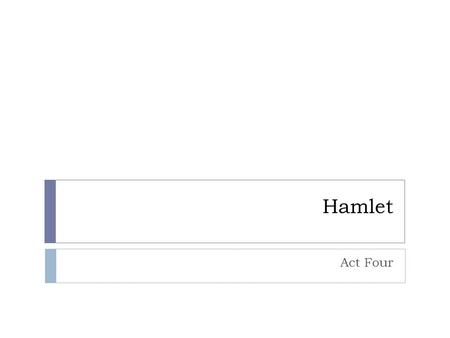 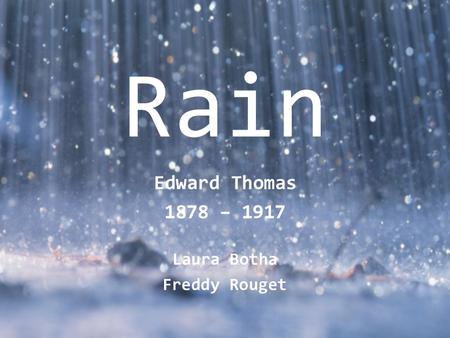 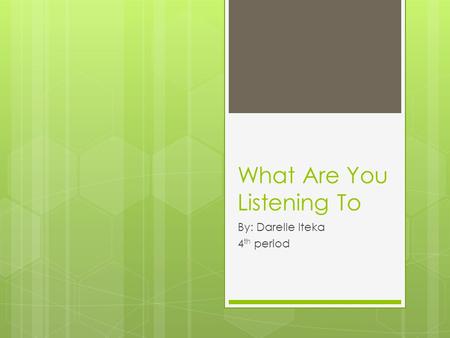 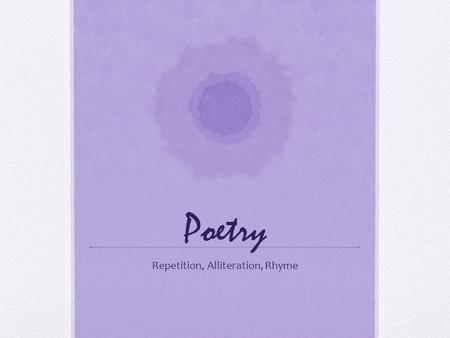 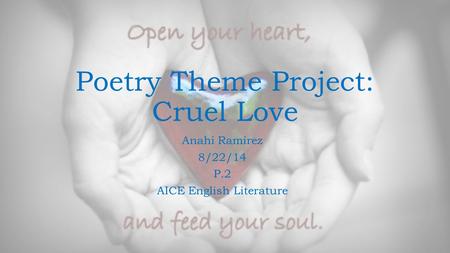