3 Who is Shakespeare? He wrote lots of plays and poetry.
Some were comedies.

4 Who is Shakespeare? He wrote lots of plays and poetry.
Some were tragedies.

9 The Problem Is Dad. Egeus is Hermie’s Dad. He Doesn’t Like Lysander.

10 The Problem Is Dad. Egeus wanted Hermia to marry Demetrius.
Hermia Said She Would Rather Die. Hermia’s Father Says That Can Be Arranged.

11 The Problem Is Dad Back in the day, the parents got to arrange who you married. You had no choice about who or when. Egeus takes his daughter and the two boys before the Duke (who is also planning a wedding) to force his daughter to marry Demetrius.

12 Dad Gives Hermia A Choice
Marry Demetrius and forget about Lysander OR Be Killed.

14 End of Story? It gets way more complicated than that! This is Helena.

16 Major Love Triangle! Helena finds out that Hermia and Lysander are running away together. She’s very happy. Now Demetrius can be hers!

17 Major Love Triangle! She tells Demetrius who is not thrilled.
He tells Egeus, Hermia’s Dad. They all chase after the happy couple.

18 Major Love Triangle! They all head into the woods and get lost.

19 Who is in the Woods? Woods Hermia Lysander Helena Dad Demetrius

20 In the Meantime… The Duke Theseus is planning to marry Hippolyta. He is planning to surprise his bride with a play at their wedding. Two actors will practice and perform this play during the play.

21 Who is in the Woods Now? Woods Hermia Lysander Helena Dad Demetrius
Peter the Director Nick the Actor

22 In the Meantime… There’s also a Fairy Queen and King who live in the woods. They are mad at each other. The King is named Oberon. The Queen is named Titania.

25 This is Puck. Puck is the narrator of the story.
Puck is good at playing tricks, but he is not the smartest guy in the world.

26 This is Puck. He helps Oberon, the King of Fairy Land play a trick on the Queen of Fairy Land (Titania). Because the Queen will not come home or show respect to her husband, he tells Puck to put a spell on her with a magic flower that makes her fall in love with the first thing she sees.

27 This is Puck. King Oberon also takes pity on poor Helena who is racing around the woods after a guy who doesn’t even like her.

30 The Woods There are a lot of people in the woods.
There is someone in the woods trying to play tricks. What do you think will happen?

31 = Puck’s First Trick Puck sees the actors practicing their play.
He thinks that Nick is an idiot, so as a joke, he turns him into a donkey. =

32 Puck’s First Trick Nick, of course, doesn’t know that he is a donkey and keeps acting like a human. The other actor/director runs away.

33 Puck’s Second Trick Puck puts love potion in Titania’s (the fairy queen) eyes and she falls in love with Nick the donkey. + =

34 Puck’s Second Trick Now Titania, The Fairy Queen, is love sick about the donkey and chases him around. She will not allow him to leave the woods.

37 In the Meantime… Oberon and Puck are having a good laugh about the Queen and the donkey.

38 In the Meantime… While this is going on, Demetrius and Hermia run into each other in the woods. Oberon sees them and asks Puck why he did not cast his spell on him yet.

39 Puck’s Fourth Trick Puck realizes that he made a mistake, but doesn’t want to admit it. He sneaks over and puts the spell on Demetrius. + =

41 Cat Fight! Get away from me you dwarf! Why did you take my men?!

42 What A Mess! Hermia’s chasing after Helena.
The two guys who once were in love with Hermia are now insulting her. The queen is chasing after a very confused donkey. And here comes the Duke, his fiance, and Egeus, Hermia’s dad.

43 Turning Point Oberon and Puck are having way too much fun, but now it is time to get serious. Puck admits his mistake. They decide that the best thing to do is enforce nap time.

44 Turning Point They put a spell on everyone and make them fall asleep.
He removes the spell from the queen and turns the donkey back into Nick, the actor.

45 Turning Point They remove the spell from Lysander so that he will again fall in love with Hermia. They make everyone think that it has all been a crazy dream. They begin to wake up.

46 Resolution The Duke and Hippolyta (his fiance) enter on their way to their wedding. Theseus (Hermia’s dad) enters with them. They wonder why the boys who were previously fighting over Hermia act like they are now best friends.

47 Resolution Lysander begs the Duke to allow him to marry Hermia.
Dad again objects. Demetrius announces that he no longer wants to marry Hermia. He is in love with Helena. Dad says, “well in that case…”

48 Resolution The Duke says that since he is on his way to his own wedding, they might as well all get married at the same time. They have their mass wedding and watch the play that the two actors were trying to practice in the woods.

49 And they all lived happily ever after…
(Except, of course, for the Fairy Queen and King who continue to prank each other in the woods) 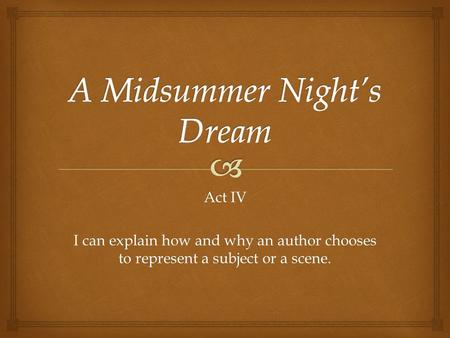 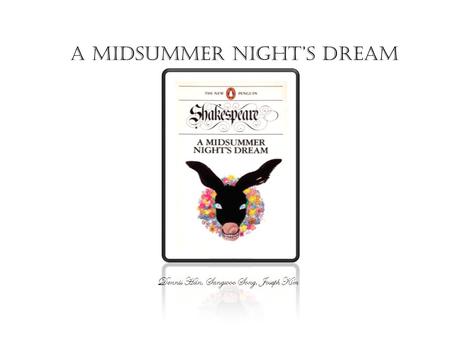 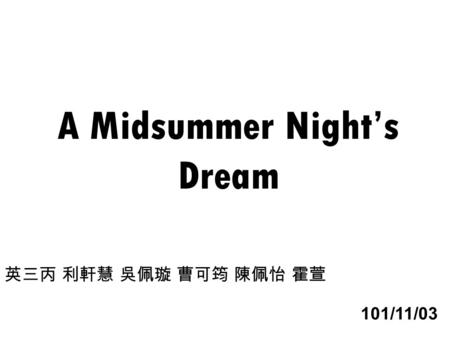 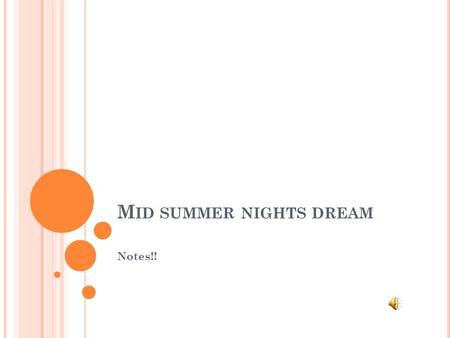 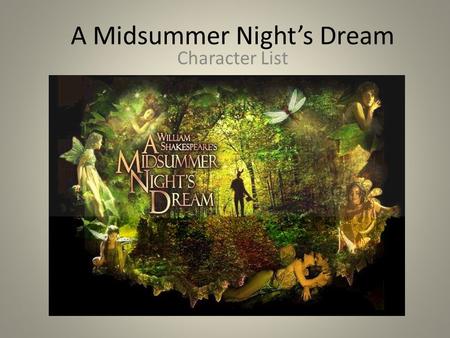 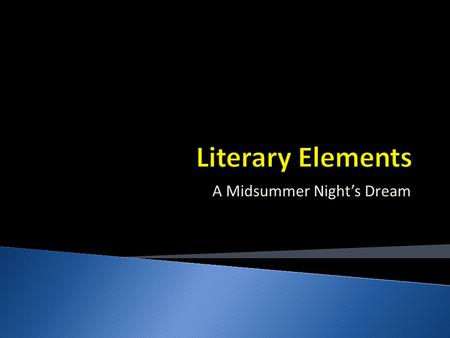