2 Question 1 Q:What does Gatsby tell Nick about himself?
A:Gatsby reveals that Daisy was driving the car when it struck Myrtle but he is prepared to sacrifice himself,to let everybody think that he was the one driving the car.

3 Question 2 Q:What accomplishment of Meyor Wolfshiem’s does Gatsby describe to Nick? How does Nick react? A:Gatsby tells Nick about Wolfshiem’s fixing of the world series.Nick is left speechless.

4 Question 3 Q:According to Jordan,What did Daisy do on her wedding way?Why? A:She got completely drunk and she received a letter from someone.

8 Question 7 Q:What does Gatsby’s friendship with Meyer Wolfshiem imply about his own background? A:That Gatsby is a polite,and kind young man

9 Question 8 Q:How does Daisy behave after Gatsby goes over Seas?What does her behavior show about her feelings for Gatsby? A:Daisy decides to marry Tom once Gatsby leaves,Tom belongs to the high social class and he has money and a good social position things that Gatsby is not able to offer Daisy since Gatsby is poor,Daisy shows that she never really cared for Gatsby since she marries someone else,it also shows Daisy is a superficial person who is only interested in maintaining appearances within her social class.

10 Question 9 Q:After Jordan tells Nick the story of Gatsby and Daisy.Nick says that Gatsby”came alive to me,delivered suddenly from the womb of his purposeless splendor.”How does the metaphor of birth help explain what Gatsby’s behavior had meant to Nick up to then?

11 Question 10 Q:With Jordan in his arms,Nick thinks of a phrase:”There are only the pursued,the pursuing,the busy and the tired.”How do you think this phrase reflects on the events of the novel so far?Do you think that Gatsby would agree with the phrase?

12 Summery A Party takes place at Gatsby’s mansion,this time on a Sunday morning, the guest created vignettes during the during the party, the chapter begins with a lengthy description of the guest, and it concludes much as a periodic sentence does with the summary.” All of these people come to the Gatsby’s house in the summer” 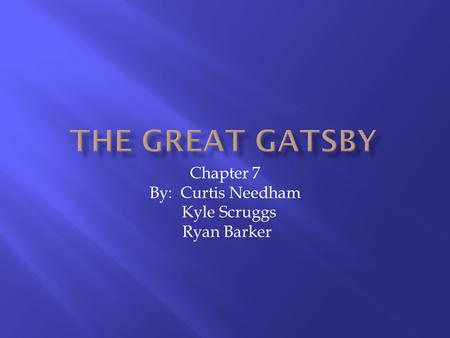 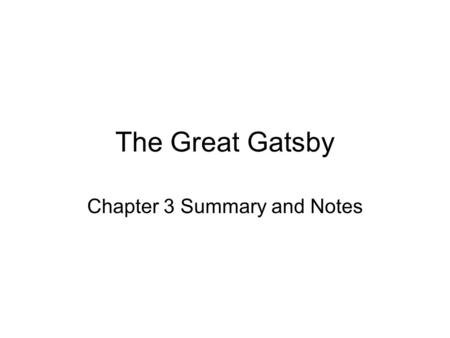 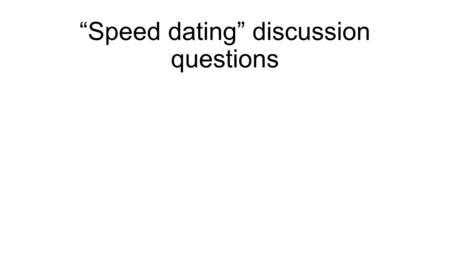 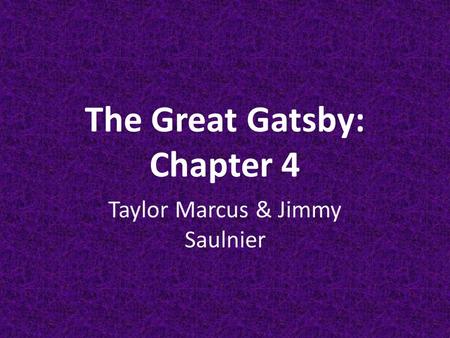 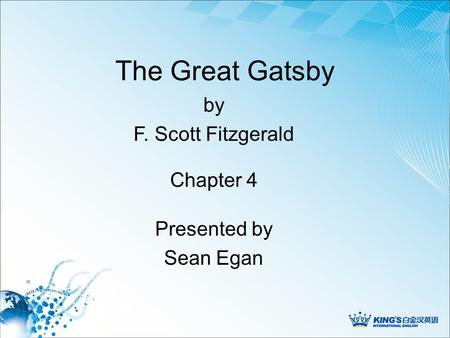 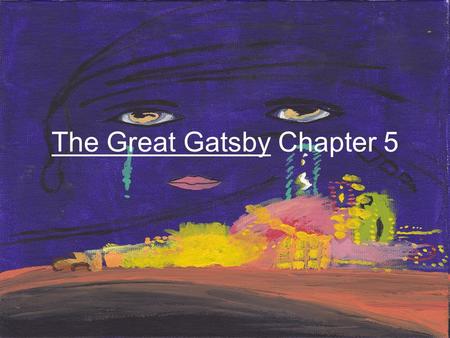 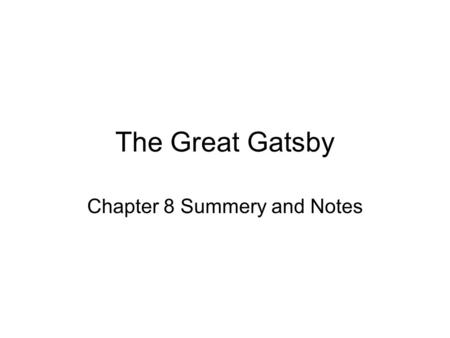 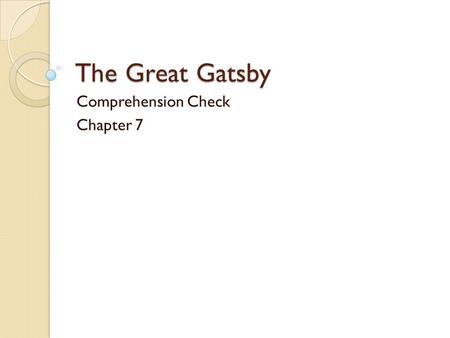 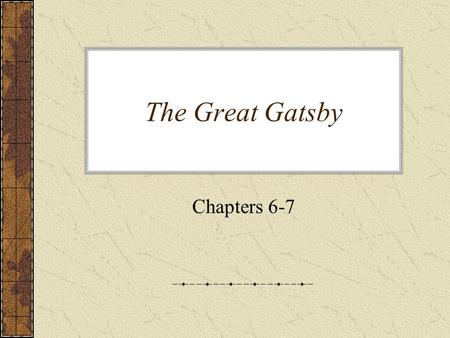 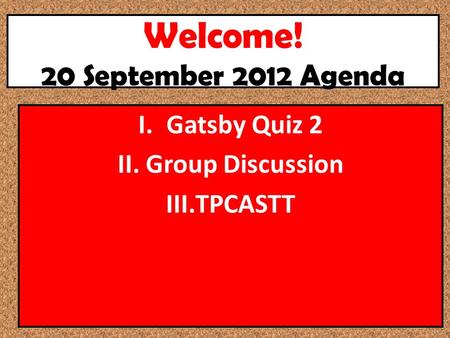