1 January Opening Report
Date: Authors: Notice: This document has been prepared to assist IEEE It is offered as a basis for discussion and is not binding on the contributing individual(s) or organization(s). The material in this document is subject to change in form and content after further study. The contributor(s) reserve(s) the right to add, amend or withdraw material contained herein. Release: The contributor grants a free, irrevocable license to the IEEE to incorporate material contained in this contribution, and any modifications thereof, in the creation of an IEEE Standards publication; to copyright in the IEEE’s name any IEEE Standards publication even though it may include portions of this contribution; and at the IEEE’s sole discretion to permit others to reproduce in whole or in part the resulting IEEE Standards publication. The contributor also acknowledges and accepts that this contribution may be made public by IEEE Patent Policy and Procedures: The contributor is familiar with the IEEE 802 Patent Policy and Procedures < ieee802.org/guides/bylaws/sb-bylaws.pdf>, including the statement "IEEE standards may include the known use of patent(s), including patent applications, provided the IEEE receives assurance from the patent holder or applicant with respect to patents essential for compliance with both mandatory and optional portions of the standard." Early disclosure to the TAG of patent information that might be relevant to the standard is essential to reduce the possibility for delays in the development process and increase the likelihood that the draft publication will be approved for publication. Please notify the Chair as early as possible, in written or electronic form, if patented technology (or technology under patent application) might be incorporated into a draft standard being developed within the IEEE TAG. If you have questions, contact the IEEE Patent Committee Administrator at Steve Shellhammer, Qualcomm Steve Shellhammer, Qualcomm

3 January 2010 Voting Membership As presented to the Executive Committee the voting membership is the Union of two groups [1] Current voting members All those people who attend at least 75% of the January session After January a person needs to attend at least 75% of two Plenary sessions or a Plenary and an Interim session within a window of two Plenary sessions to gain voting rights [2] We will defer critical votes until March so that new people can gain voting rights [1] M. Cummings, A. Ahtiainen, M. Kasslin and S. Shellhammer, “PAR Presentation, IEEE /89r0, November 2009 [2] IEEE 802 Policies and Procedures, November 2009 Steve Shellhammer, Qualcomm

5 January 2010 Officer Elections The current WG officers will continue in their positions All WGs have WG officer election in March 2010 WG Chair will be acting TG1 chair for the January session Will hold TG1 and SC elections in March 2010 We will open nominations later this week for TG1 and SC officers Nomination will be closed in March Elections will be in March Steve Shellhammer, Qualcomm

6 Objectives for the Week
January 2010 Objectives for the Week Develop a process document laying out the stages of standard development Requirements Evaluation criteria Steps for contributions, evaluations, voting, etc. General technical discussions on possible architectures Joint meeting with and Develop a call for submissions to be sent out after the session in preparation for future sessions Nomination for TG1 and SC officers Schedule Conference Calls Plan for March session Steve Shellhammer, Qualcomm 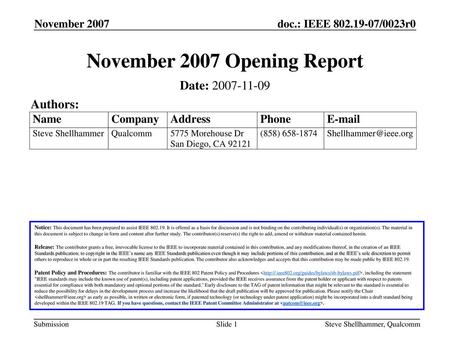 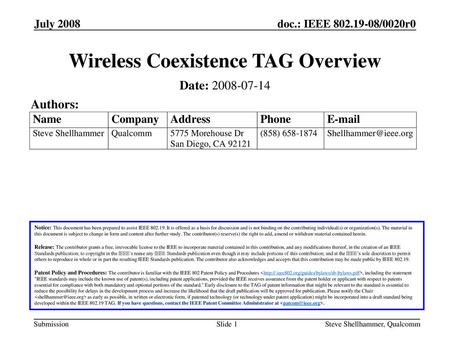 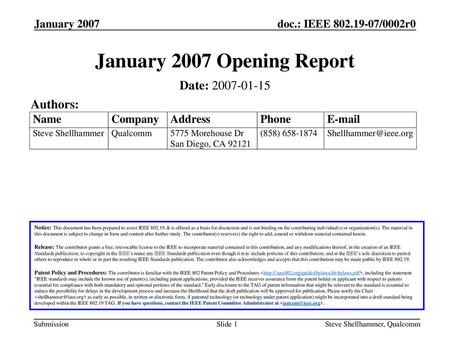 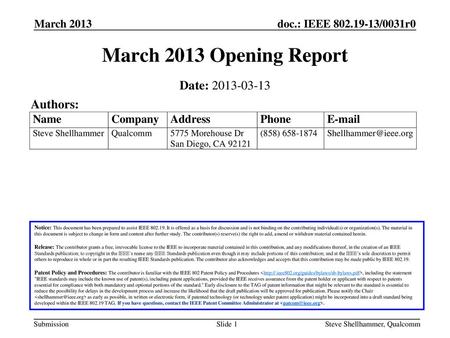 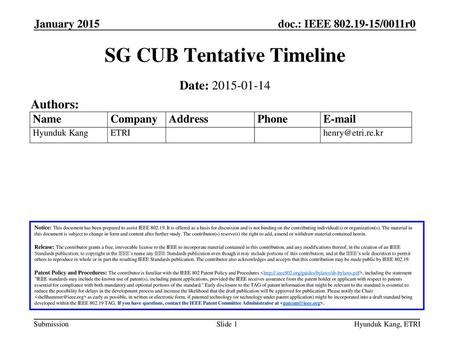 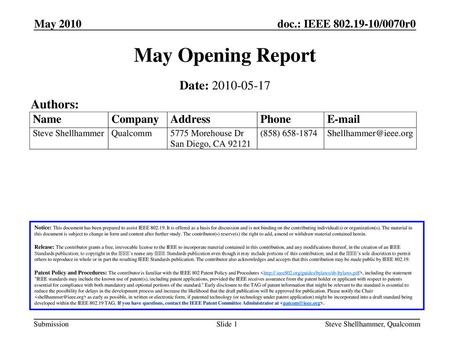 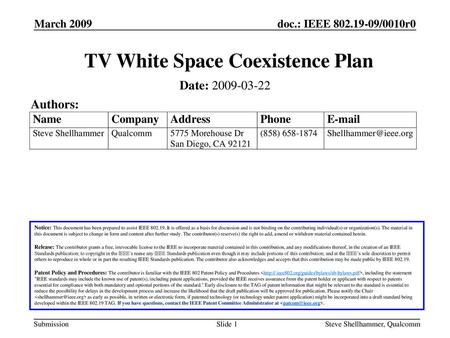 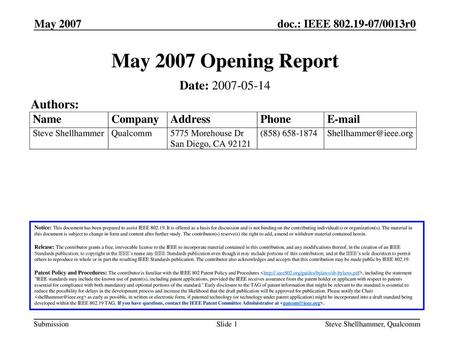 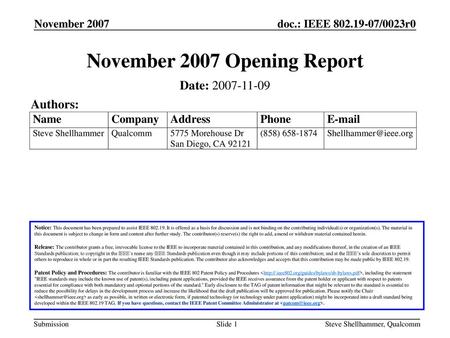 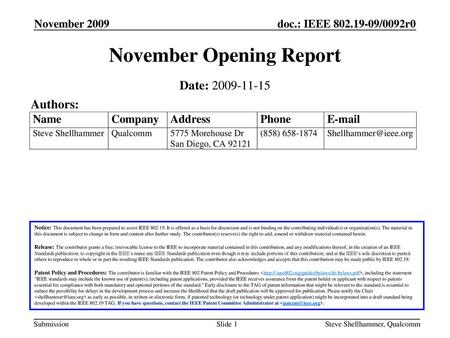