1 May 2015 Project: IEEE P Working Group for Wireless Personal Area Networks (WPANs) Submission Title: KMP TG9 Opening Report Vancouver 2015 Date Submitted: May 13, 2015 Source: Robert Moskowitz, HTT Consulting Address: Oak Park, MI, USA Voice:+1 (248) , Re: KMP TG9 Opening Report for May 2015 Session Abstract: Opening report for the KMP TG9 Session. Purpose: To focus activities during the meeting Notice: This document has been prepared to assist the IEEE P It is offered as a basis for discussion and is not binding on the contributing individual(s) or organization(s). The material in this document is subject to change in form and content after further study. The contributor(s) reserve(s) the right to add, amend or withdraw material contained herein. Release: The contributor acknowledges and accepts that this contribution becomes the property of IEEE and may be made publicly available by P Robert Moskowitz, HTT Consulting

3 May 2015 Abstract To provide for transport of Key Management Protocols for Be KMP agnostic Provide guidelines for specific KMPs like HIP, 802.1X, and IKEv2 To present use scenarios and how a KMP facilitates security in those scenarios. Robert Moskowitz, HTT Consulting

4 May 2015 Meeting Protocol Please announce your affiliation when you first address the group during a meeting slot Robert Moskowitz, HTT Consulting

8 Call for Potentially Essential Patents
May 2015 Call for Potentially Essential Patents If anyone in this meeting is personally aware of the holder of any patent claims that are potentially essential to implementation of the proposed standard(s) under consideration by this group and that are not already the subject of an Accepted Letter of Assurance: Either speak up now or Provide the chair of this group with the identity of the holder(s) of any and all such claims as soon as possible or Cause an LOA to be submitted Robert Moskowitz, HTT Consulting

13 Motion for reaffirmation of BRC for 802.15.9
Mar 2015 Motion for reaffirmation of BRC for Move that WG reaffirm the constitution of a Ballot Resolution Committee (BRC) for the WG balloting of the draft recommended practice with the following membership: Robert Moskowitz, Tero Kivinen, Don Sturek, Peter Yee, Subir Das, Brian Weis, Gary Stuebing. The BRC is authorized to approve comment resolutions and to approve the start of recirculation ballots of the draft on behalf of the WG. Comment resolution between sessions will be conducted via reflector and via teleconferences announced to the reflector at least 30 days in advance. Moved by: Phil Beecher Seconded by: Peter Yee 4-0-0 Slide 13 Peter E. Yee, NSA/IAD Page 13 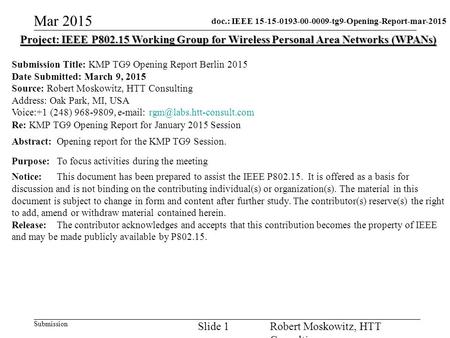 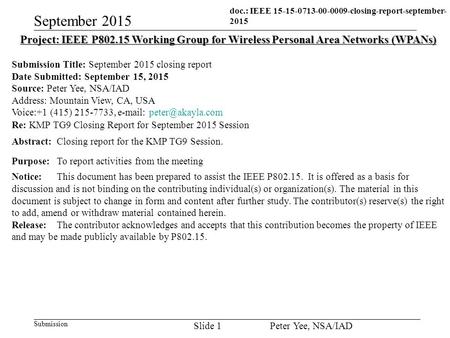 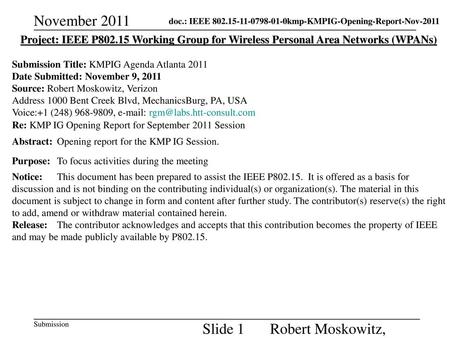 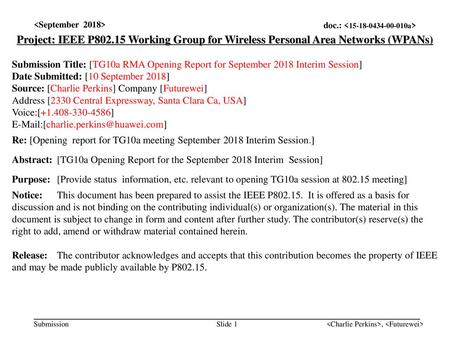 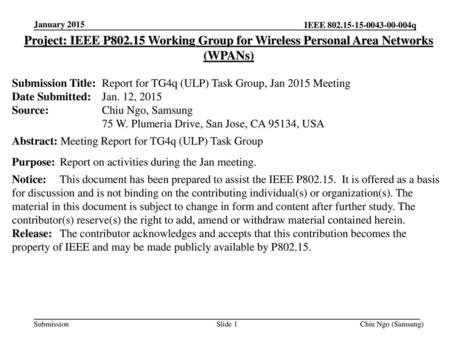 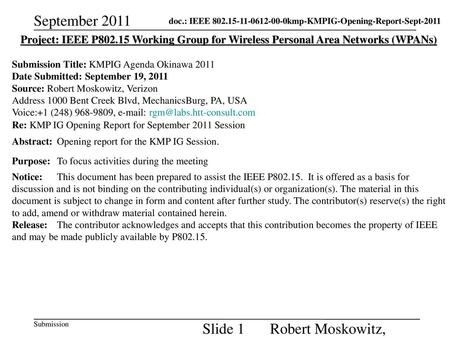 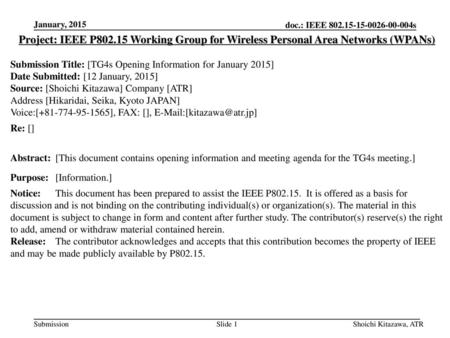 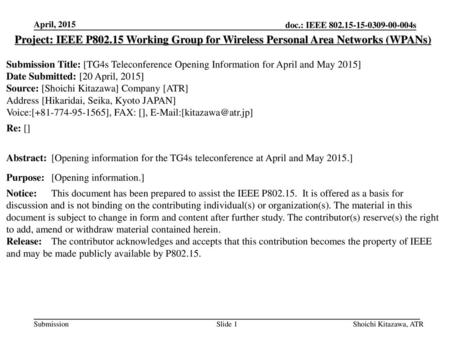 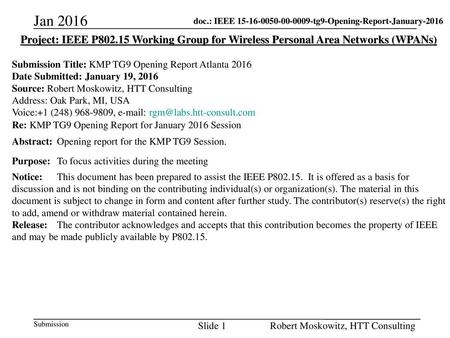 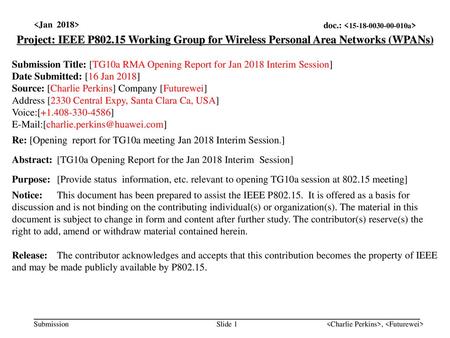 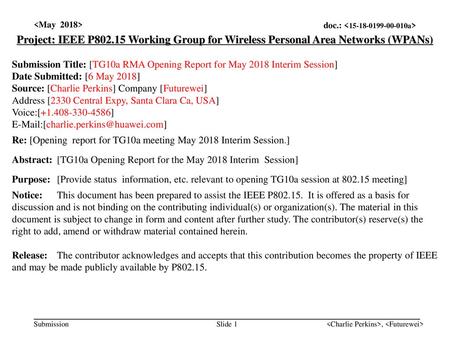 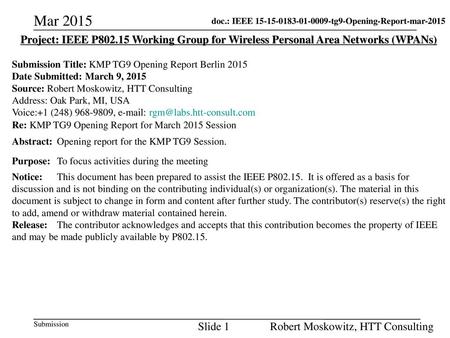 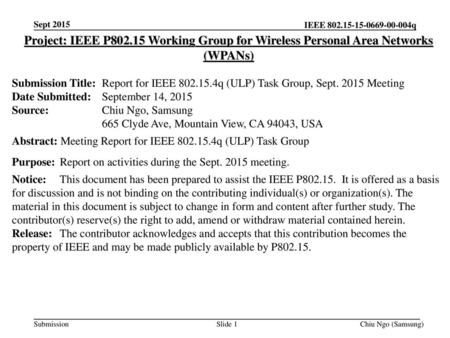 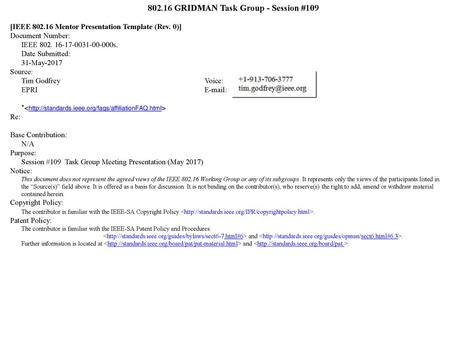 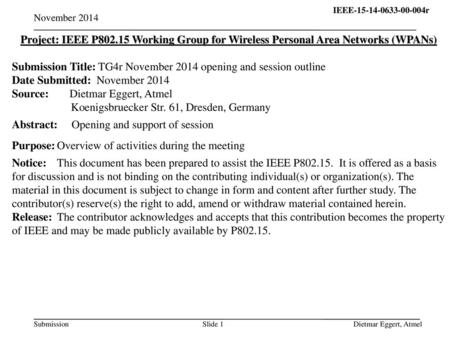 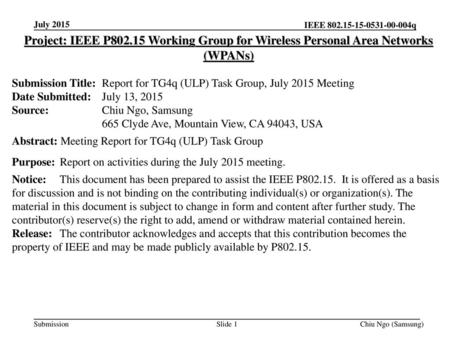 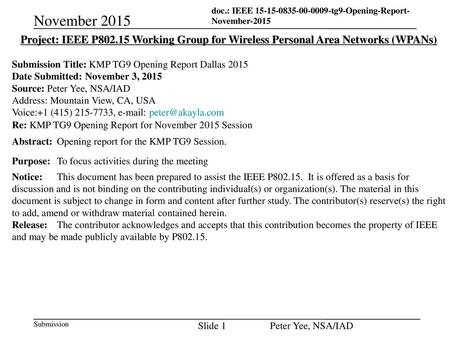 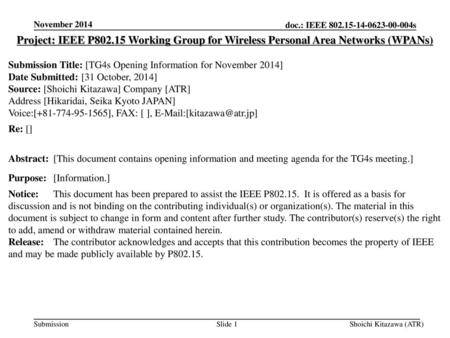 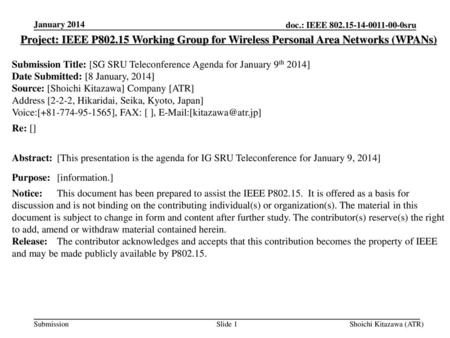