Banking Union and the single supervisory mechanism (SSM) Meeting of the ad-hoc working party on the banking supervision mechanism, 27-28 September 2012.

1 Banking Union and the single supervisory mechanism (SSM) Meeting of the ad-hoc working party on the banking supervision mechanism, September 2012 27/09/2012

3 Why do we need a Banking Union?
Necessary for achieving a genuine EMU. Break the negative feedback loop between sovereigns and banks. Prevent bank runs and strengthen overall financial stability. Preserve the single market. Single supervision is a precondition for the introduction of potential direct recapitalisation of banks by ESM. 27/09/2012

5 Roadmap towards the Banking Union
12 Sep 2012 Communication on Banking Union; Proposal for a Council Regulation establishing the SSM; Proposal for a Regulation amending the EBA regulation. By end 2012 Reach agreement on: SSM and EBA regulation; Existing DGS proposal; CRR/ CRD IV; Existing crisis management proposal. Report of the four presidents for the "achievement of a genuine EMU". 2013 Entry into force of SSM, phasing-in of ECB supervision. 27/09/2012

7 Next steps Important to reach agreement on the SSM proposals before the end of the year to stabilise situation in the Eurozone. Agree on single rulebook (CRR/CRD IV). Agree on crisis management and DGS proposals. The Commission will present a legislative proposal establishing a Single Resolution Mechanism. 27/09/2012

9 Material scope and transitional provisions
SSM covers all banks in the euro area. Even smaller banks can pose threat to financial stability. A two-tier system would introduce asymmetries in the internal maket and be inherently unstable. Effective SSM as precondition for direct recapitalisation of banks by ESM. Phasing-in: 1/1/2013 – start; 1/7/2013 – major cross-border banks; 1/1/2014 – all banks. 27/09/2012

13 Supervisory, investigatory and sanctioning powers of the ECB
When carrying out its tasks, the ECB will be considered as competent authority of participating Member States: ECB will have supervisory powers as laid down in EU banking legislation; ECB may impose pecuniary sanctions and periodic penalty payments; ECB will have all necessary investigatory powers. Specific provisions on autorisation and home/host issues: When authorising credit institutions ECB will take additional conditions set out by national legislation into account; For participating MS, ECB tasks include both current home and current host tasks. 27/09/2012

15 Independence and accountability
Independence of the ECB when carrying out banking supervision is balanced by Strong accountability provisions comparable to those set out in the ESAs regulations: Regular reporting to EP, Council, Commission, Eurogroup, including on budgetary matters Responding to questions from EP and Eurogroup 27/09/2012

16 Governance /Organisation of ECB supervisory work
Separation of monetary policy tasks from supervisory tasks All preparatory and executing activites will be carried out by bodies separated from those responsible for monetary policy. A Supervisory board will be set up: ECB Governing Council can delegate certain tasks and decision- making powers to this board. Composition: Chair and Vice-chair elected by Governing Council, four representatives of the ECB, and one representative of each national central bank/supervisory authority Steering committee with limited composition will support its activities. 27/09/2012

18 A Euro area SSM open to other MS
All Euro-area Member States shall participate. Non-Euro area countries may join by establishing a close cooperation between their competent authorities and the ECB. Once a close cooperation has been established, a representative of the joining Member State may participate in the activities of the supervisory board, whitin the limits following from the statute of the ESCB and the ECB. 27/09/2012

19 Internal market dimension
Banking union must not compromise the unity and integrity of the single market based on the single rulebook. Proper functioning of EBA to further develop the single rulebook and support convergence of supervisory practices. Modification of EBA regulation to ensure EBA powers apply also to ECB, while taking into account ECB status. Amendments of voting modalities (simple majority) to affirm the integrity of the internal market and balanced decision-making. SSM will not alter balance between home and host MS Powers of non-participating MS are not affected (e.g. colleges) For participating MS, ECB tasks include both current home and current host tasks 27/09/2012 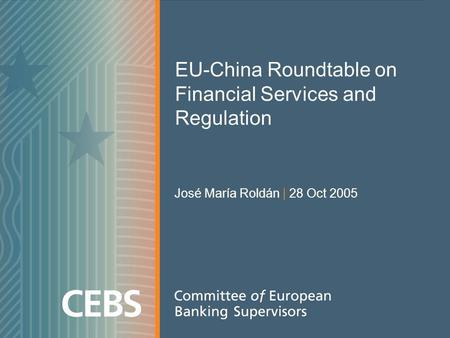 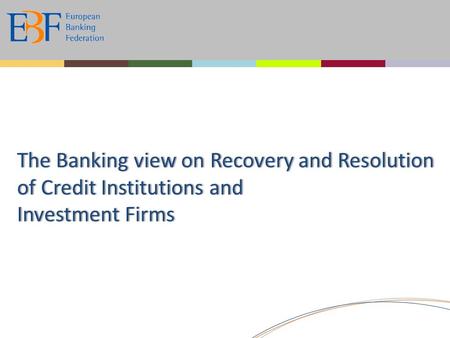 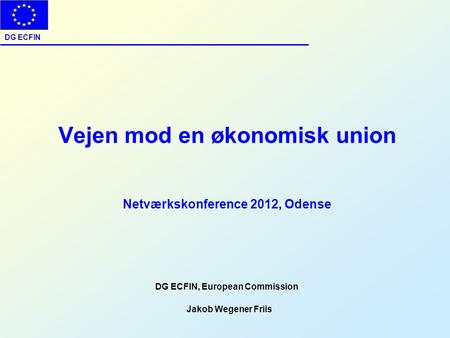 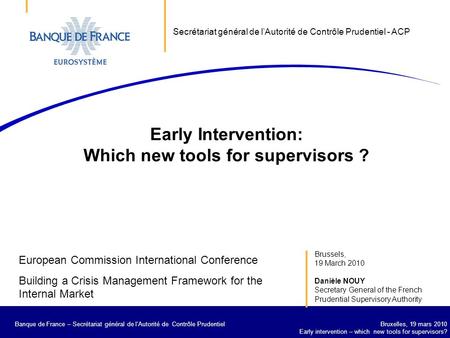 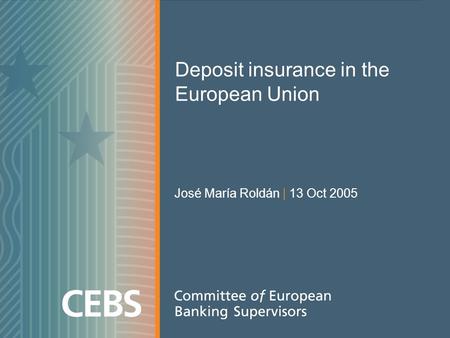 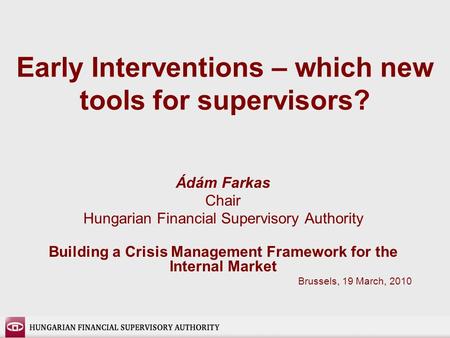 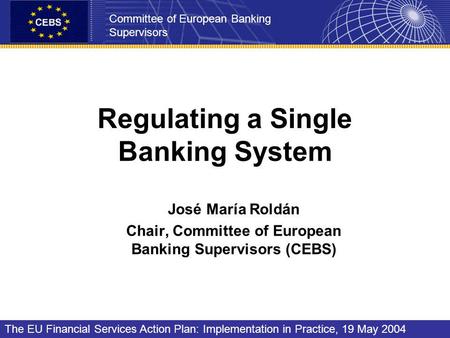 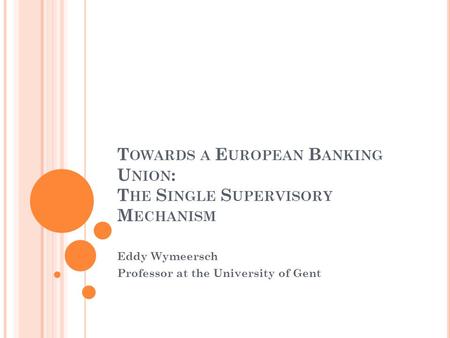 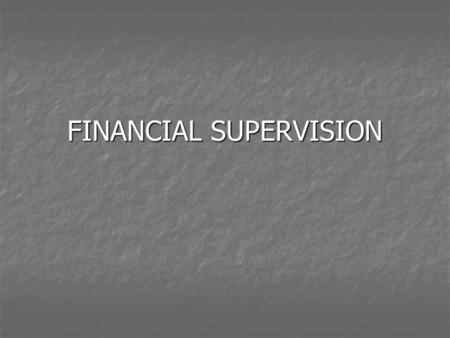 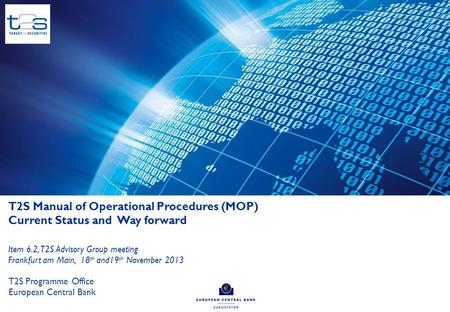 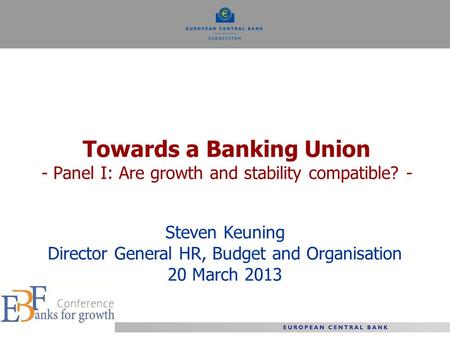 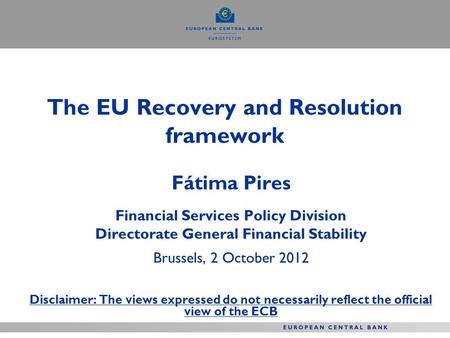 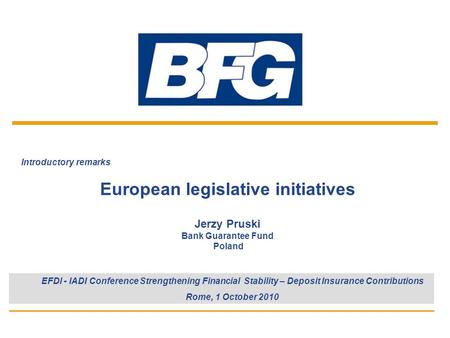 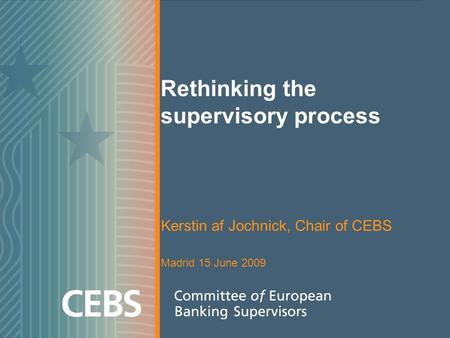 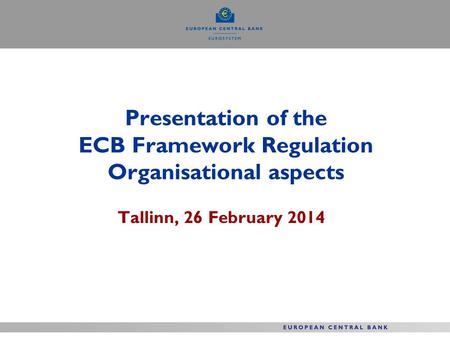 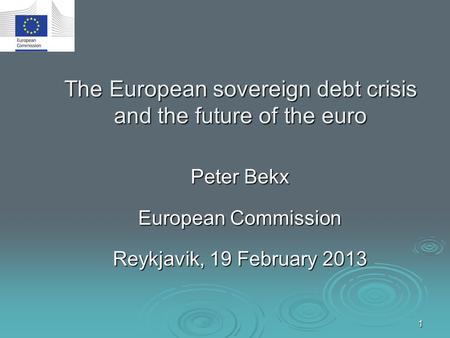 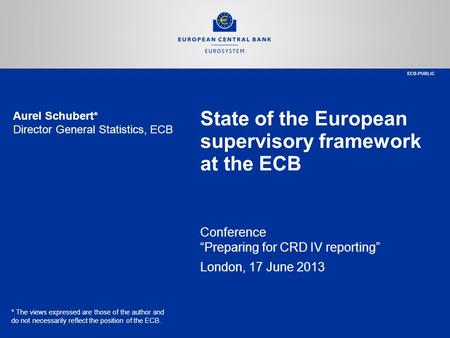 State of the European supervisory framework at the ECB 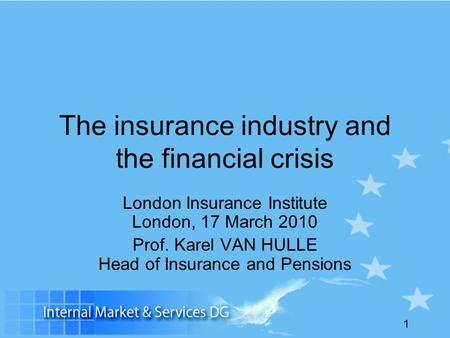