2 Adverbs, remember, answer the question “where,” “why,” “how,” “when,” “to what extent,” “under what circumstances.” We ate before he left. We ate When? Before he left. We cried because he left. We cried Why? Because he left. We will cry unless he leaves. We will cry Under what circumstances? Unless he leaves. Sometimes figuring out what question the clause answers isn’t quite so easy, but adverb clauses usually don’t start with que/that or quien/who, so you can pretty well bet that any clause that starts with one of those words is a noun or adjective clauses. Most other conjunctions—although, if, when, after, before, until, etc.—introduce adverb clauses.

7 So, if the action has not yet occurred, you use the subjunctive after the time conjunction. If it has occurred, you use the indicative. But there’s one more consideration: If the action occurs habitually, you use the indicative: We always eat as soon as he arrives. – Siempre comemos tan pronto como llega. . . . as opposed to the following: We’re going to eat as soon as he arrives. – Vamos a comer tan pronto como llegue. In the red sentence, we’re not talking about a one time occurrence. We’re talking about something that’s a regular, habitual occurrence. In the blue sentence, we’re talking about a particular occasion, and on this particular occasion, his arrival hasn’t happened yet.

8 Click here to go to a brief practice exercise. 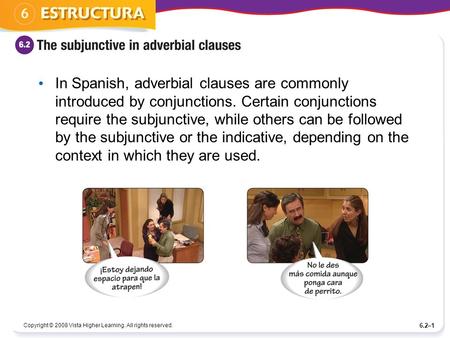 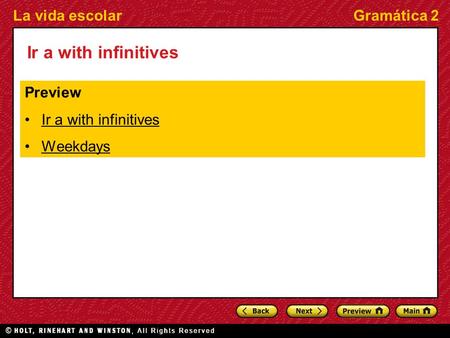 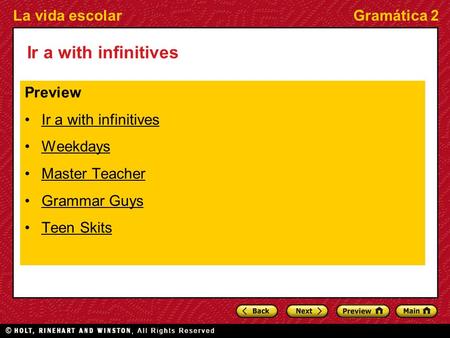 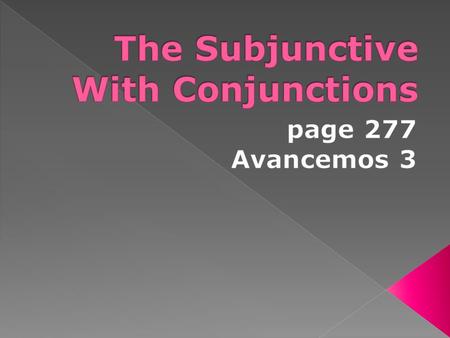 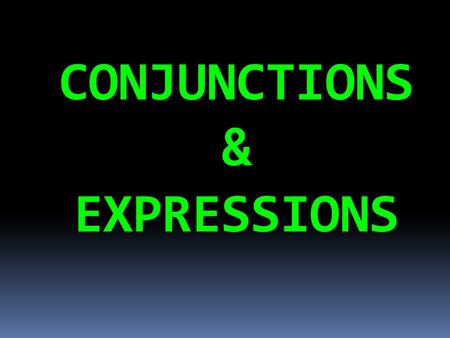 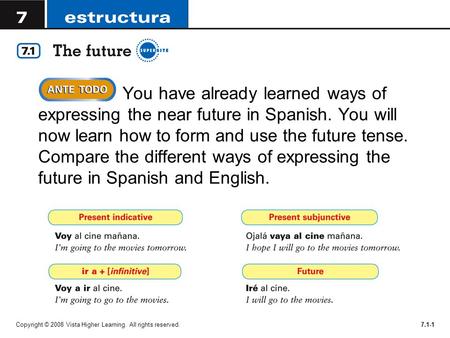 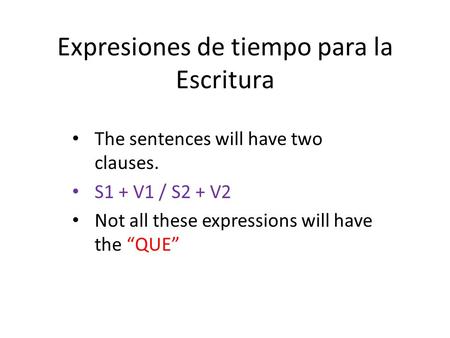 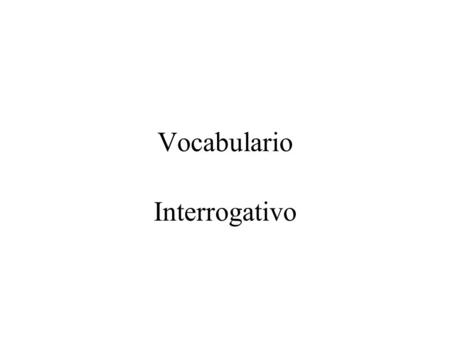 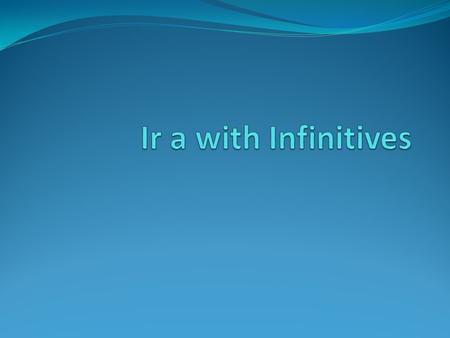 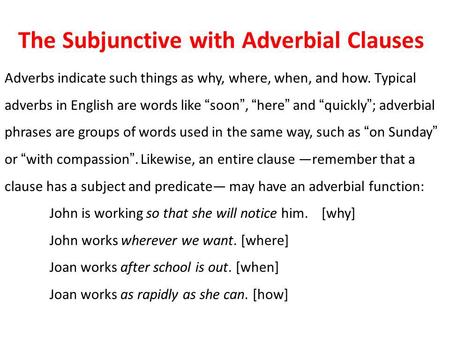 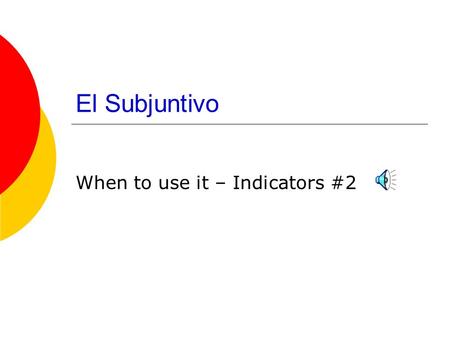 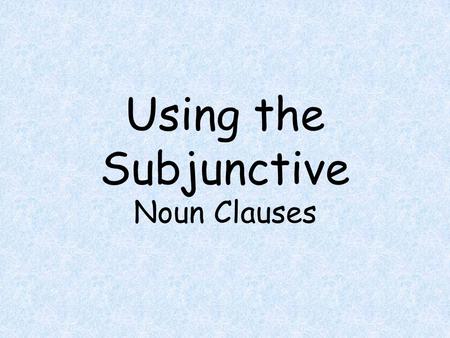 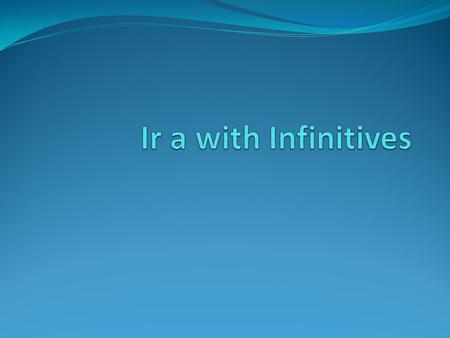 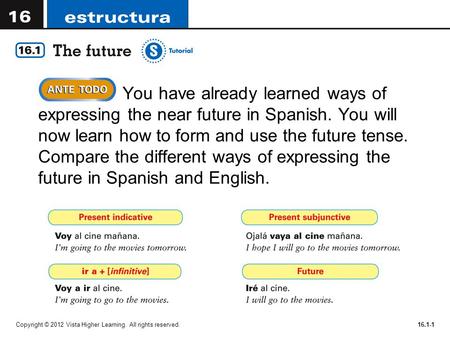 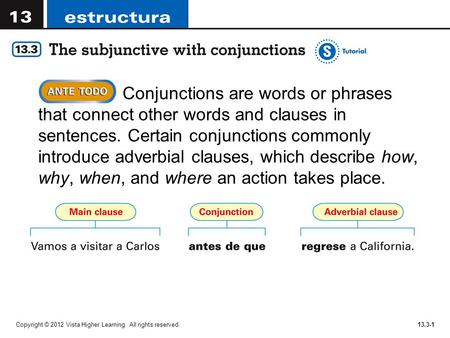 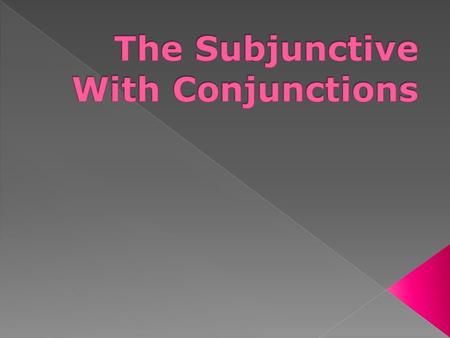 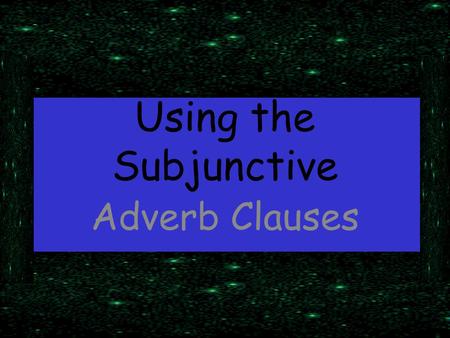 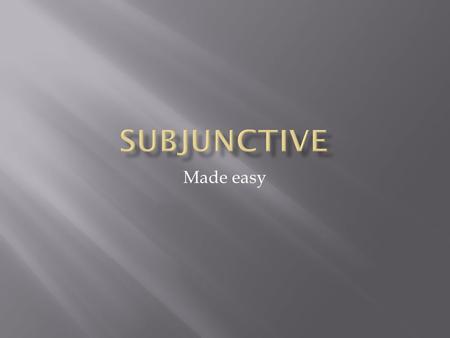 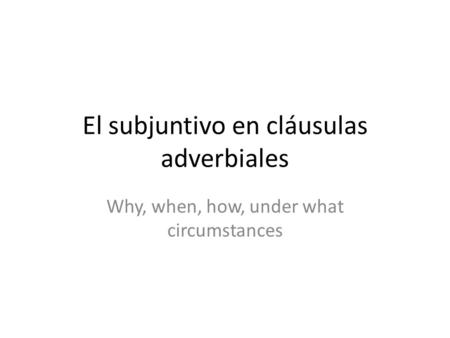 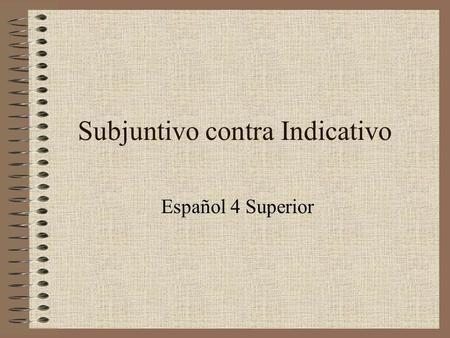