At the Airport made by Zorya I.V..

1 At the Airport made by Zorya I.V.

2 At the Airport Nowadays people who go on business mostly travel by air, as it is the fastest means of traveling. Passengers are requested to arrive at the airport two hours before departure time on international flights and an hour before on domestic flights as there must be enough time to complete the necessary airport formalities.

4 At the Airport Each passenger is given a boarding pass to be shown at the departure gate and again to the stewardess when boarding the plane. Watch the electric sign flashes when you are on board. When the «Fasten Seat Belts» sign goes on, do it promptly, and also obey the «No Smoking» signal. Do not forget your personal effects when leaving the plane.

5 At the Airport Landing formalities and customs regulations are more or less the same in all countries. When these formalities have been completed the passenger goes to Customs for an examination of his luggage.

6 At the Airport As a rule personal belongings may be brought in duty free. If the traveller has nothing to declare he may just go through the «green» section of the Customs In some cases the Customs inspector may ask you to open your bags for inspection.

7 At the Airport The rules for passengers who are going abroad are similar in most countries but sometimes there might be a slight difference in formalities. If, for instance, you are supposed to begin with going through the Customs, you’d better fill in the Customs declaration before you talk to the Customs officer.

8 At the Airport An experienced customs officer usually smells a smuggler, but he may ask any passenger routine questions, for instance, «Have you got anything to declare?» or «Any spirits, tobacco, presents?» The usual answers would be, «Yes, I’ve got some valuables, but I’ve put them all down in the declaration, or «I’ve got two blocks of cigarettes for my own use» or something of that kind.

9 At the Airport Then you go to the check-in counter where your ticket is looked at, your things are weighed and labeled, a claim-check for each piece of luggage is inserted in the ticket and you are given a boarding pass, which has a seat number on it. Of course, if your luggage weighs more than twenty kilos, you have to pay extra.

10 At the Airport The next formality is filling in the immigration form and going through passport control. The form has to be filled in block letters. You write your name, nationality, permanent address and the purpose of your trip. In most countries there is also a security check when your carry-luggage is inspected.

11 At the Airport After fulfilling all these formalities you go to the departure lounge where you can have a snack, read a paper, buy something in the duty-free shop and wait for the announcement to board the plane.

12 At the Airport Some of these formalities are repeated when you arrive at your destination. The customs declaration and the immigration form are often filled in on board the plane.

13 At the Airport At the airport you may be met by a specially trained dog who will make sure that you are not carrying drugs, and the immigration officer might want to know at whose invitation you are coming and whether you have a return ticket.

14 At the Airport There is another inconvenience you have to be prepared for when travelling long distances by plane. It’s the jet lag, a difference between the time you are accustomed to and the new time. At first you won’t be feeling very well because of it, but don’t worry – it won’t take you long to get used to it.

Download ppt "At the Airport made by Zorya I.V.." 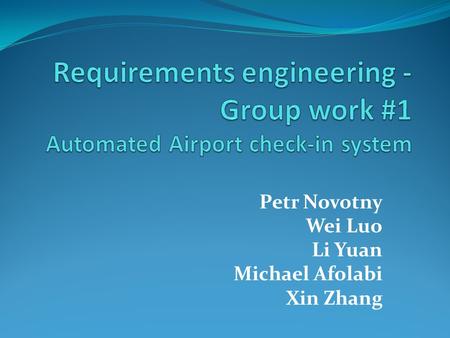 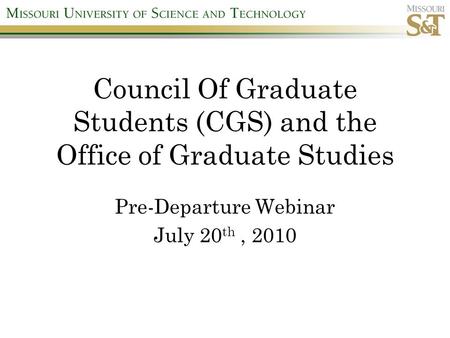 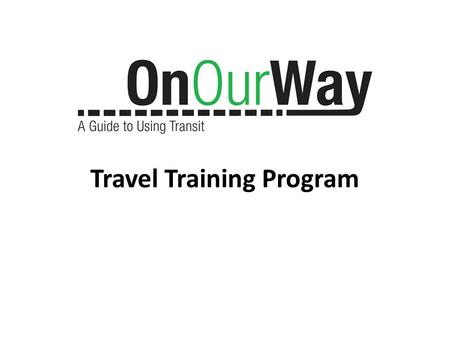 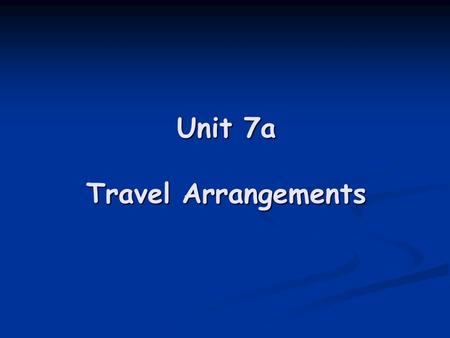 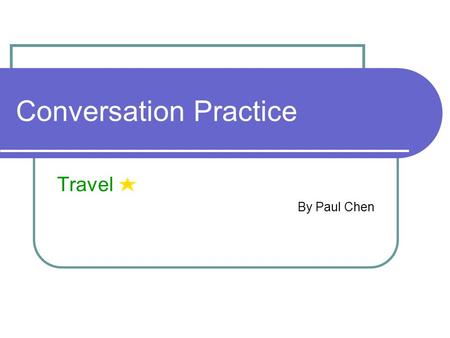 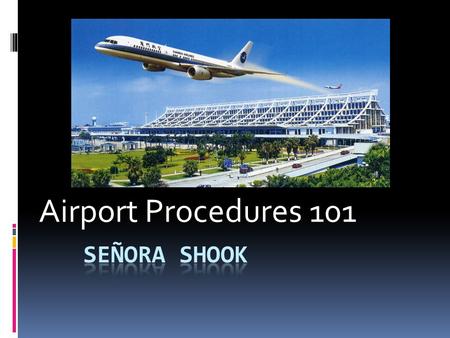 Airport Procedures 101. #1 Arrive to the airport Many people take a taxi or get a friend to drop them off to avoid having to pay to park at the airport. 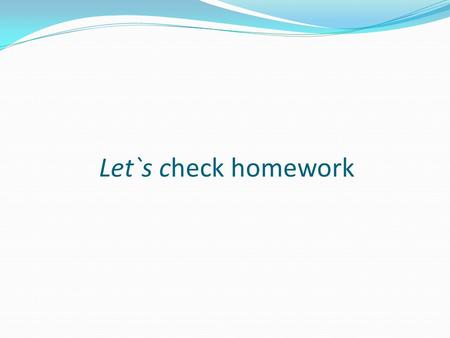 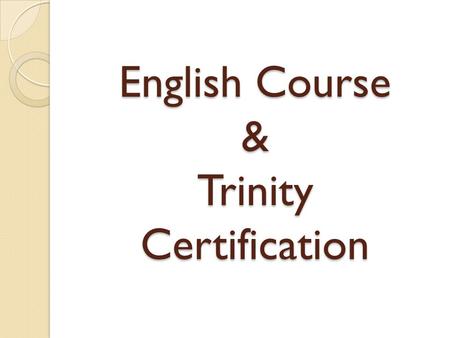 English Course & Trinity Certification. Do you think its important to travel? Why or why not? In my opinion, it is very important for everyone to travel. 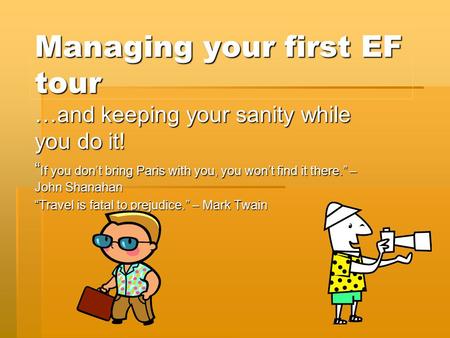 Managing your first EF tour …and keeping your sanity while you do it! “ If you don’t bring Paris with you, you won’t find it there.” – John Shanahan “Travel. 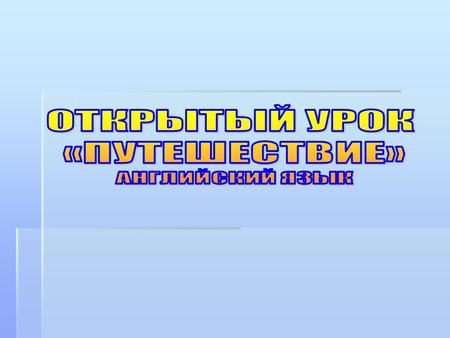 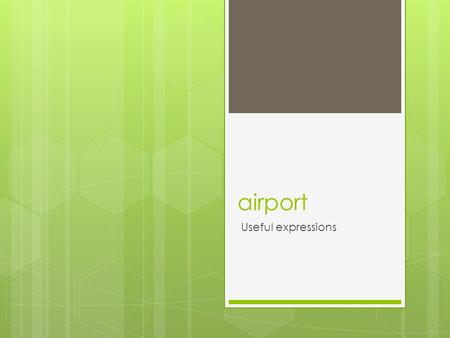 Airport Useful expressions. Buying a ticket  I'd like to reserve two seats to New York.  Will that be one way or round trip?  How much is a round trip. 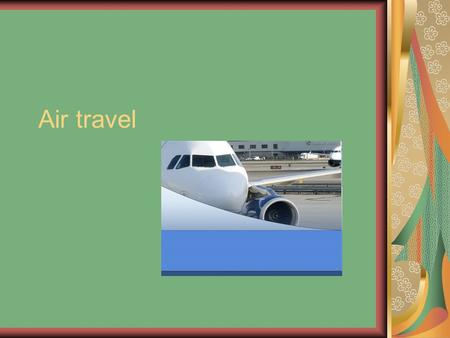 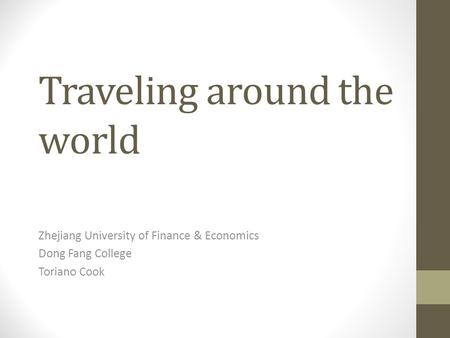 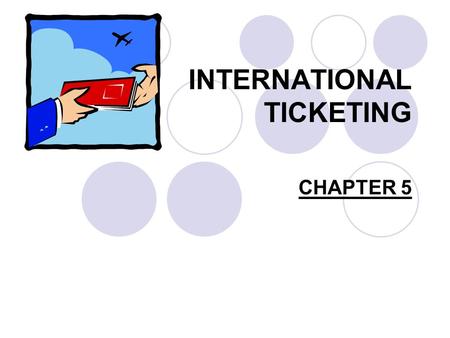 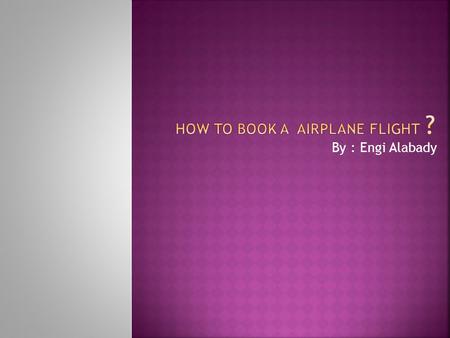 By : Engi Alabady.  Book 21 days or more a head of flight  Advanced Booking Fare : You pay less money for the ticket because you didn’t buy it at the. 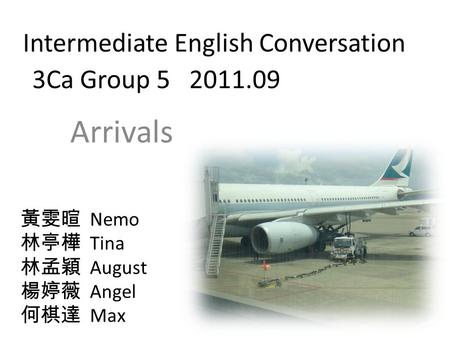 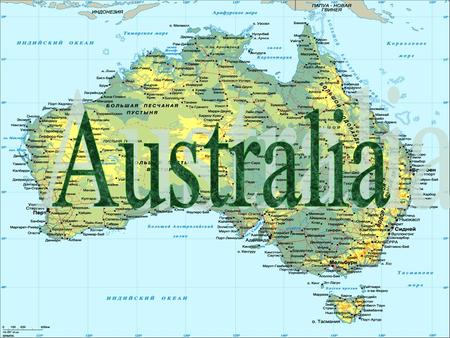 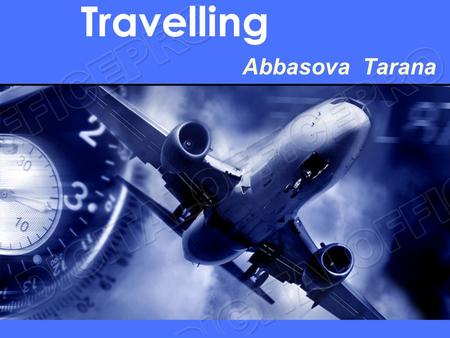 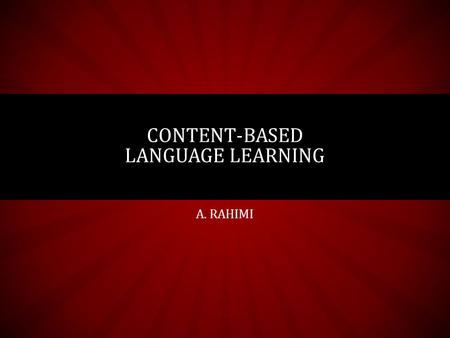 A. RAHIMI CONTENT-BASED LANGUAGE LEARNING. WHAT IS CBI? CBI is designed to provide second-language learners instruction in content and language Genesee. 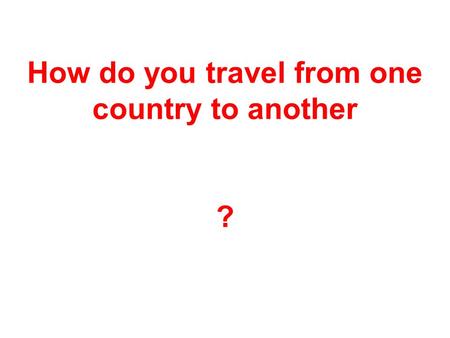 How do you travel from one country to another ?. We travel by plane.