10 Bisecting the Angle Film placed along the lingual
Point where film contacts the tooth – the film and the long axis of the tooth form an angle. Visualize a line that divides in half (bisects) the angle formed by the film & long axis of tooth. Line = imaginary bisector Not good for pt. w/bone loss – distorts level of bone

13 Advantages Can be used w/o a film holder when the anatomy of the patient precludes the use of a film-holding device Decreased exposure time, a 8” PID is preferred with the bisecting technique

14 Disadvantages Image distortion- occurs when a short PID is used, it causes image magnification Angulation problems- w/o a film holder and aiming ring visualizing the imaginary bisector can be difficult, image may result in distortion Unnecessary exposure- with the finger holding method the patient’s hand is unnecessarily exposed to the primary beam 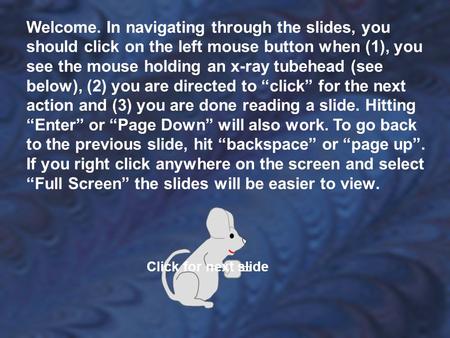 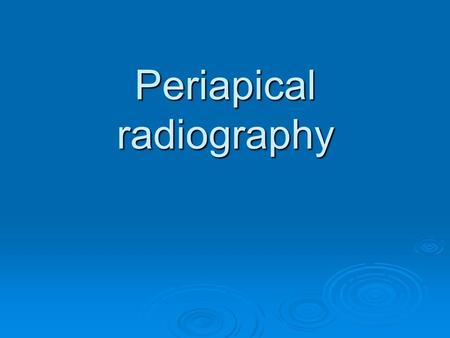 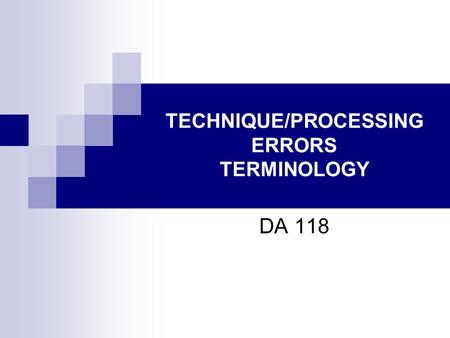 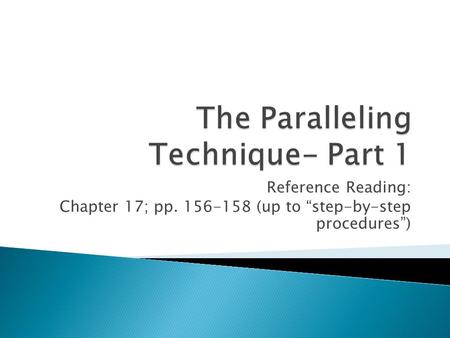 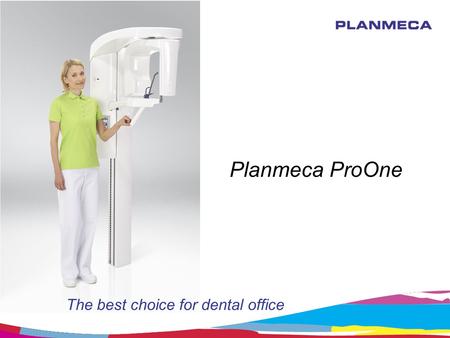 The best choice for dental office 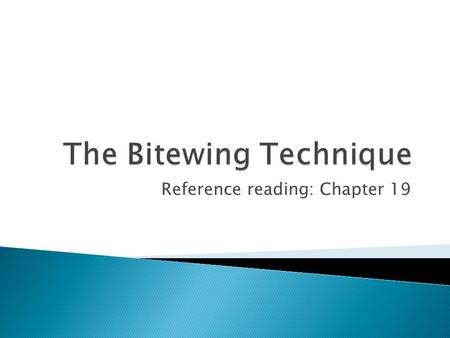 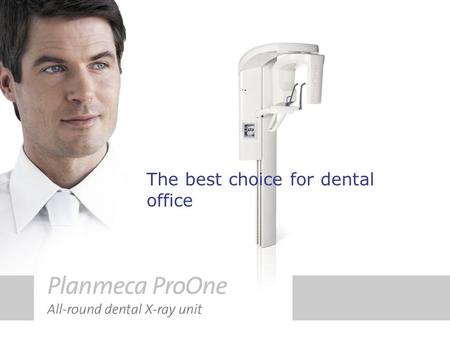 The best choice for dental office. Easy to operate Open and easy patient access Side entry and open view No mirror, no traumatic view of injuries Triple. 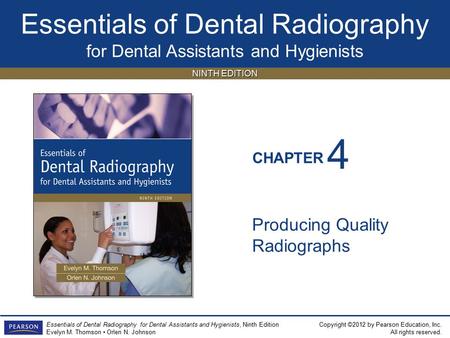 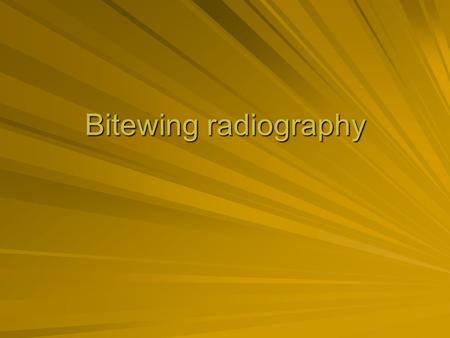 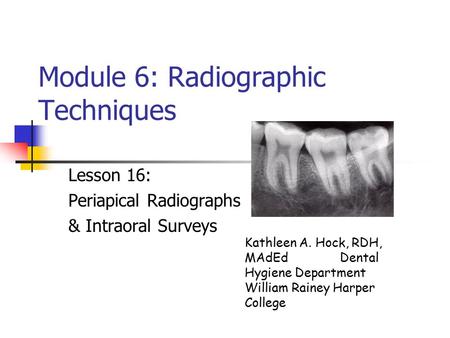 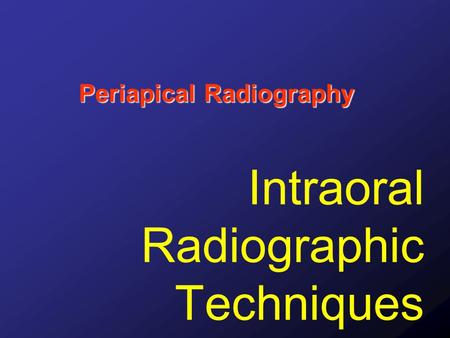 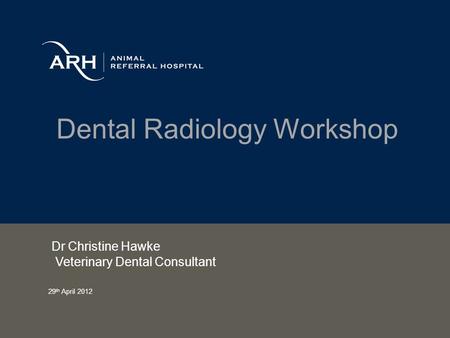 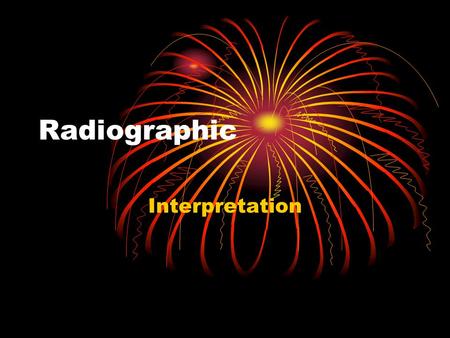 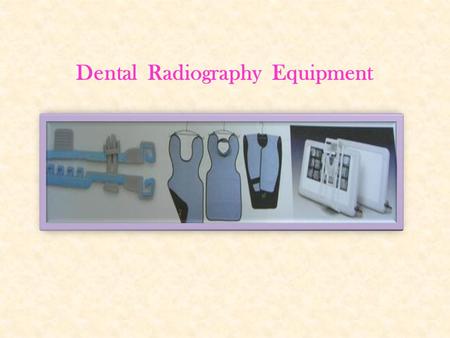 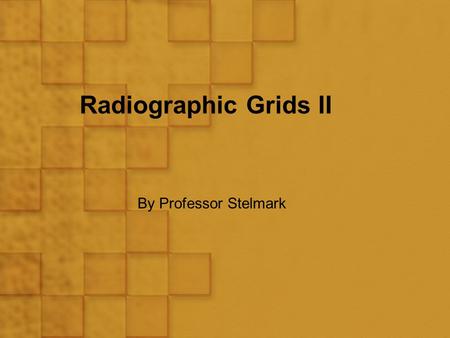 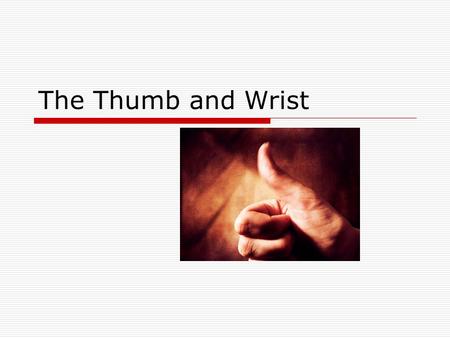 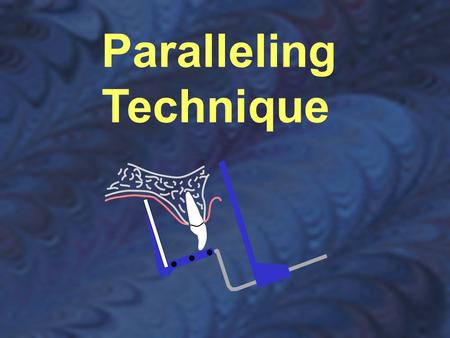 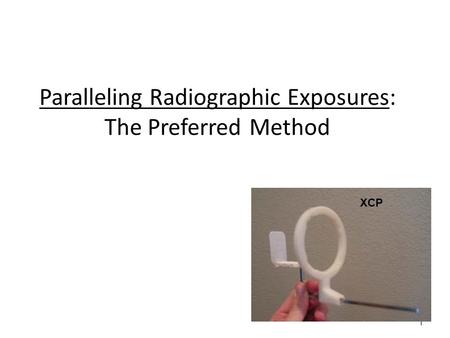 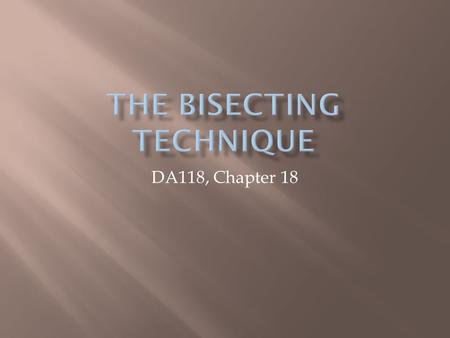 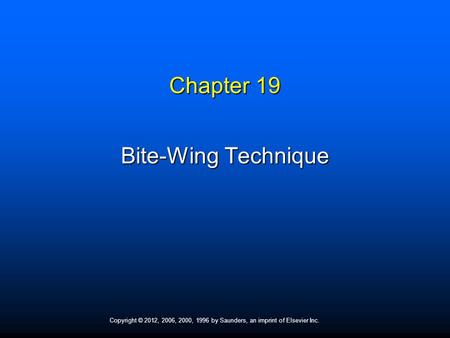