1 September 2014 Project: IEEE P Working Group for Wireless Personal Area Networks (WPANs) Submission Title: [SG 7a Closing report for September 2014] Date Submitted: [17 September 2014] Source: [Yeong Min Jang, Yu Zeng] Company [[Kookmin University, China Telecom] Address [] Voice:[ ], FAX: [ ], Re: [] Abstract: [SG 7a closing report for September 2014 at Athens] Purpose: [Report progress to WG] Notice: This document has been prepared to assist the IEEE P It is offered as a basis for discussion and is not binding on the contributing individual(s) or organization(s). The material in this document is subject to change in form and content after further study. The contributor(s) reserve(s) the right to add, amend or withdraw material contained herein. Release: The contributor acknowledges and accepts that this contribution becomes the property of IEEE and may be made publicly available by P Yeong Min Jang

8 September 2014 Motion Motion: request that the WG seek 802 EC approval at the Nov 2014 Plenary to forward the PAR (dcn ) and the CSD (dcn ) to NesCom, and additionally authorize the WG Chair to make any necessary changes to these docs required to support the submission. Moved by Yeong Min Jang Seconded by Y:N:A 0/0/0 Yeong Min Jang 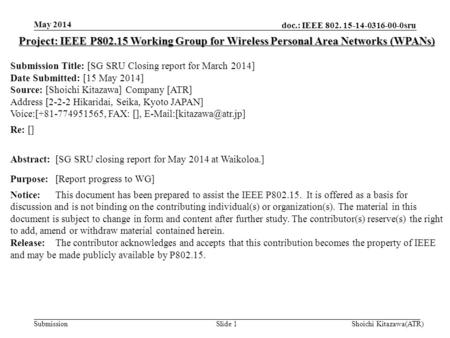 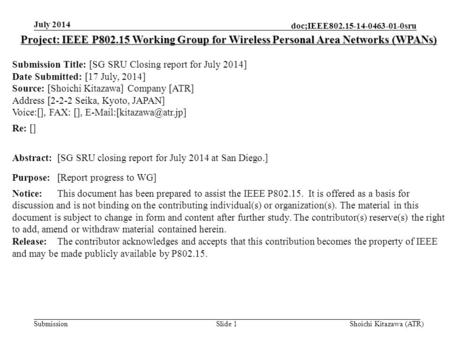 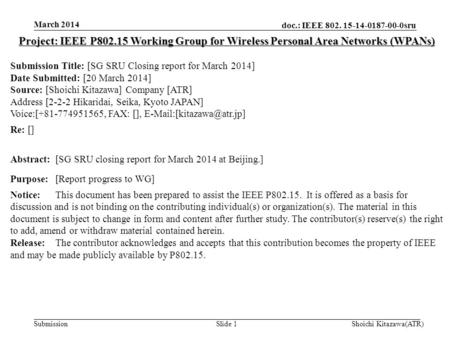 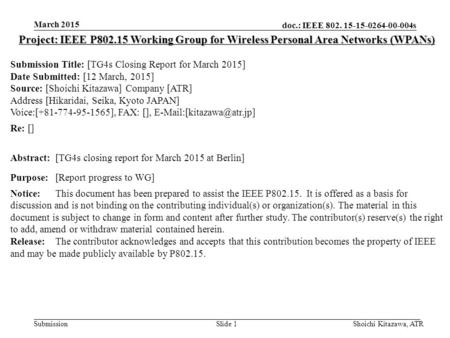 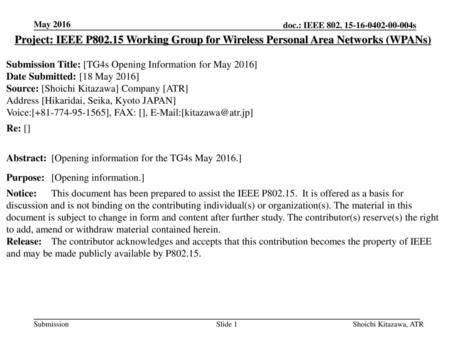 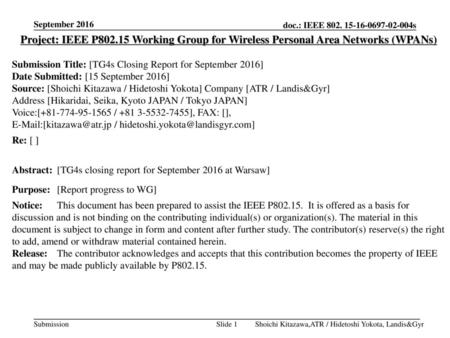 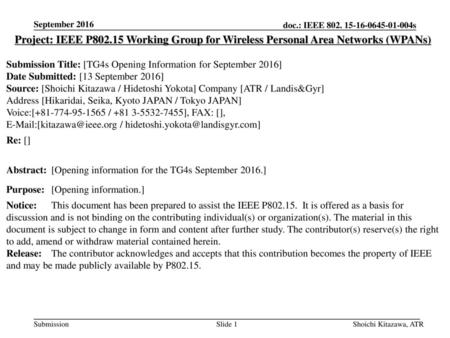 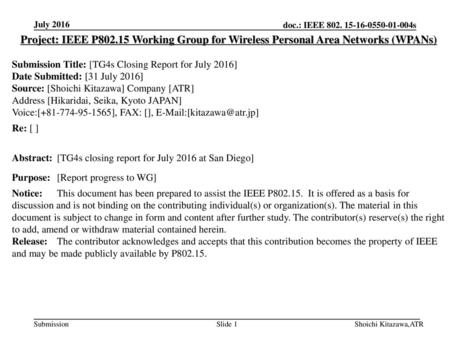 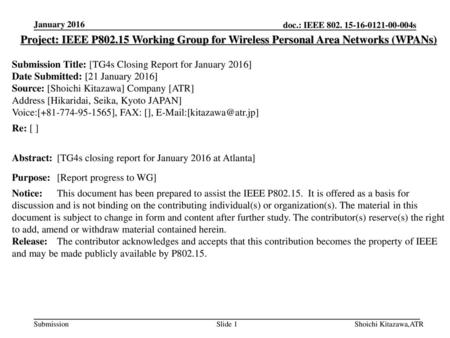 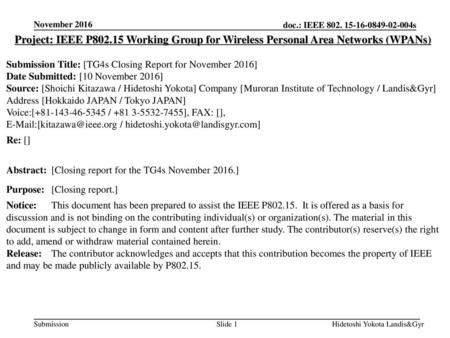 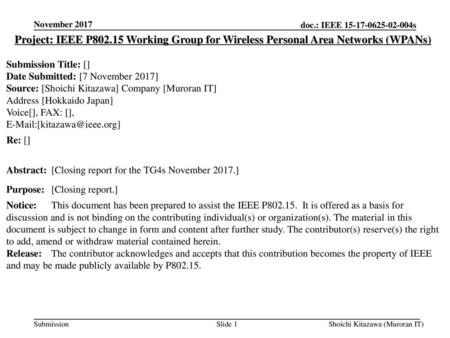 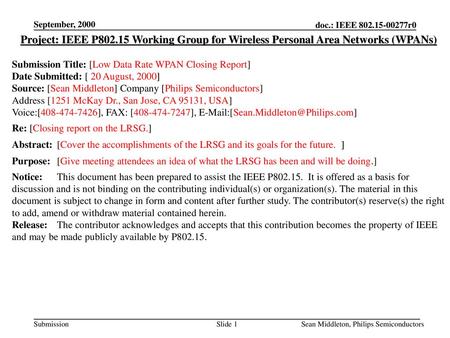 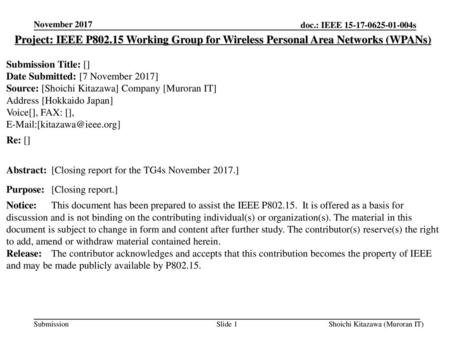 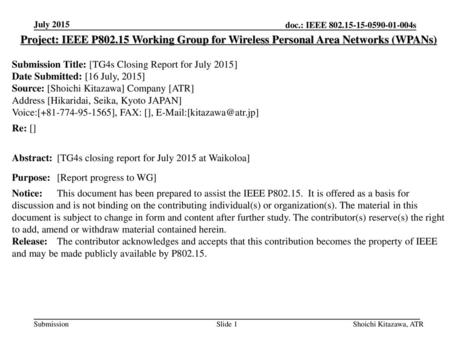 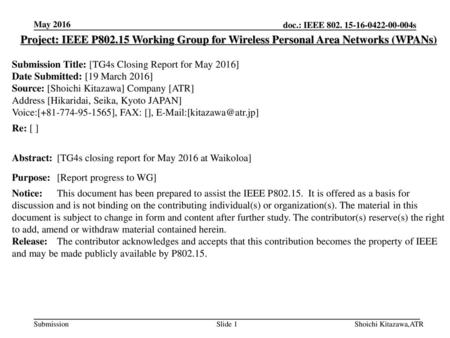 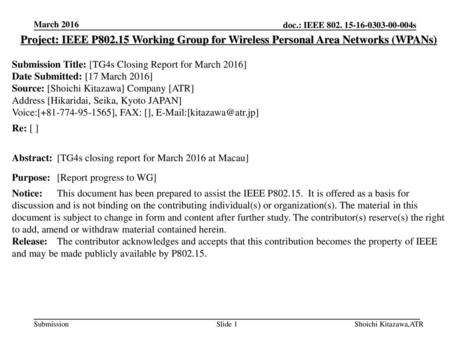 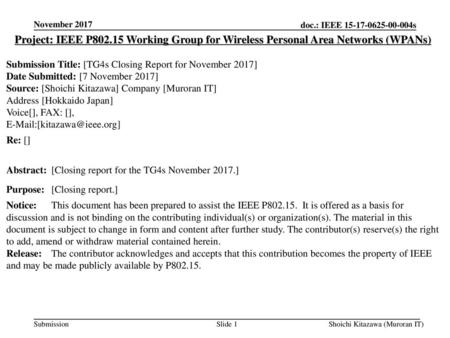