8 This photograph tries to show what an iceberg might look like if you could see the entire thing.

10 Rice paddies built to trap water from the monsoon rains.

11 River Systems as streams & rivers move across the land, they form a flowing network of water from above, it looks like the roots feeding the trunk of a tree Mississippi, Amazon*, & Nile are the largest systems because of the # of streams that drain into these river systems

14 Watersheds the area of land that is drained by a river
pollution anywhere in the watershed may end up polluting the river water entering a watershed varies throughout the year (seasons, snow melts, droughts, growing crops, etc.)

21 Aquifers an underground formation that contains groundwater
most consist of materials such as rock, sand, & gravel that have lots of spaces where water can accumulate, like water filling up a sponge

23 Ogallala Aquifer formed at the end of the last Ice Age about 12,000 years ago makes up 1/3 of all groundwater in the U.S. used extensively for irrigation of the Great Plains since the 1940s starting to show its limits – wetlands are starting to disappear fighting for its preservation

28 Permeability Rates Water passes easily through materials with large pore spaces – like sands & gravels Water passes slowly through silts Clays are considered impermeable – water cannot pass through Some rocks can be highly porous but have a low permeability rates (like pumice) because the pores are NOT CONNECTED!

29 The Recharge Zone the area of Earth’s surface where water percolated down into the aquifer environmentally sensitive areas – any pollution that enters will move into the aquifer water cannot reach the aquifer in places that are covered with impermeable layers – including buildings & parking lots! people must manage recharge zones

34 Wells if you dig the hole deep enough anywhere on Earth, you will find water well water is more reliable than surface water, and usually cleaner because it has been naturally filtered by passing through the rock layers 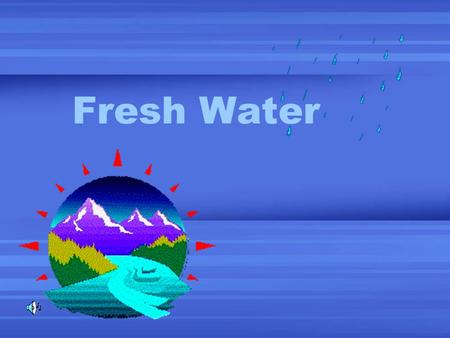 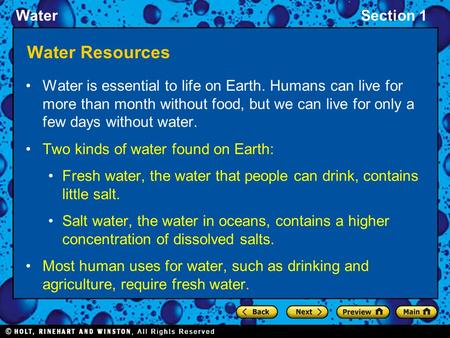 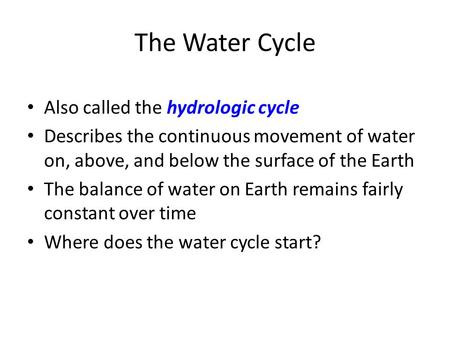 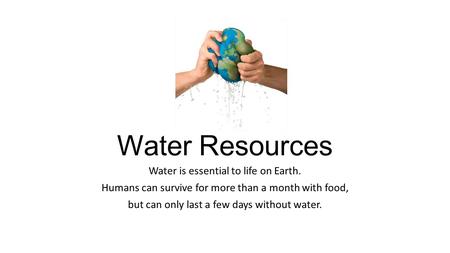 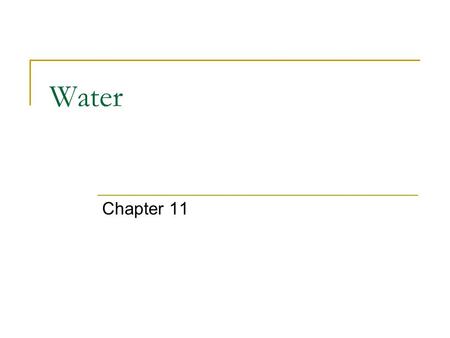 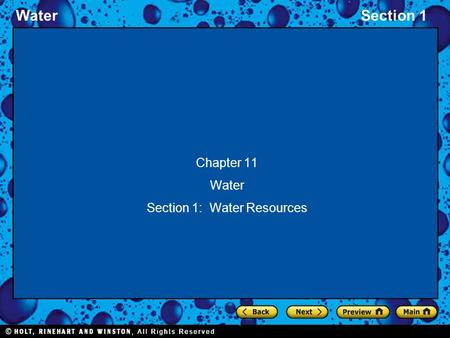