Water H2OH2O. Where is Earth's water located? Water is continually moving around, through, and above the Earth as water vapor, liquid water, and ice.

Presentation on theme: "Water H2OH2O. Where is Earth's water located? Water is continually moving around, through, and above the Earth as water vapor, liquid water, and ice."— Presentation transcript:

2 Where is Earth's water located? Water is continually moving around, through, and above the Earth as water vapor, liquid water, and ice. In fact, water is continually changing its form. The Earth is pretty much a "closed system". That means that the Earth neither, as a whole, gains nor loses much matter, including water. This means that the same water that existed on Earth millions of years ago is still here. Thanks to the water cycle, the same water is continually being recycled all around the globe. It is entirely possible that the water you drank for lunch was once used by someone to give her baby a bath.

3 Water on and in the Earth

4 How our local rivers and creeks are a part of the water cycle? A river is surface water finding its way over land from a higher altitude to a lower altitude, all due to gravity. When rain falls on the land, it either seeps into the ground or becomes runoff, which flows downhill into rivers and lakes. Flowing water finds its way downhill initially as small creeks. As small creeks flow downhill they merge to form larger streams and rivers. If water flows to a place that is surrounded by higher land on all sides, a lake will form.

5 Where does the water come from? The water in a river doesn't all come from surface runoff. Rain falling on the land also seeps into the earth to form ground water. At a certain depth below the land surface, called the water table

11 2. Condensation Water vapor in the air gets cold and changes back into liquid, forming clouds. This is called condensation. You can see the same sort of thing at home... pour a glass of cold water on a hot day and watch what happens. Water forms on the outside of the glass. That water didn't somehow leak through the glass! It actually came from the air. Water vapor in the warm air, turns back into liquid when it touches the cold glass

12 3. Precipitation Precipitation occurs when so much water has condensed that the air cannot hold it anymore. The clouds get heavy and water falls back to the earth in the form of rain, hail, sleet or snow.

13 Were you paying attention? Remember the 3 major parts of the Water Cycle?

15 What would America Look like with all the water gone?

Download ppt "Water H2OH2O. Where is Earth's water located? Water is continually moving around, through, and above the Earth as water vapor, liquid water, and ice." 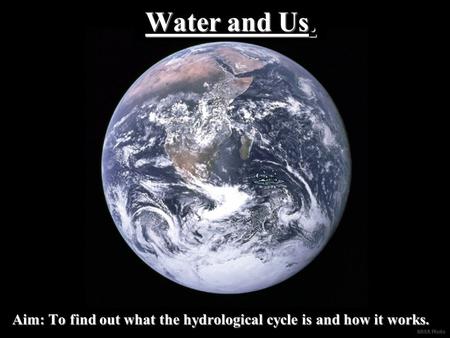 Water and Us. Aim: To find out what the hydrological cycle is and how it works. 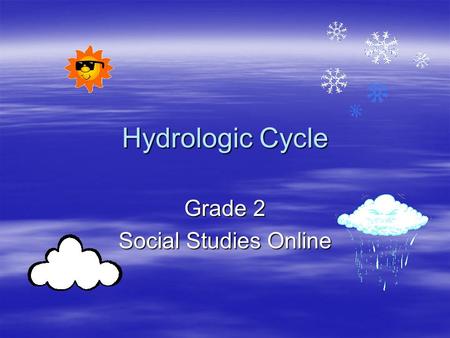 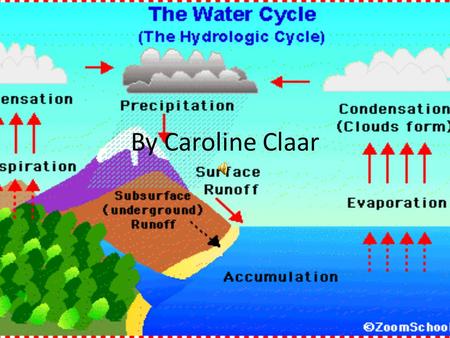 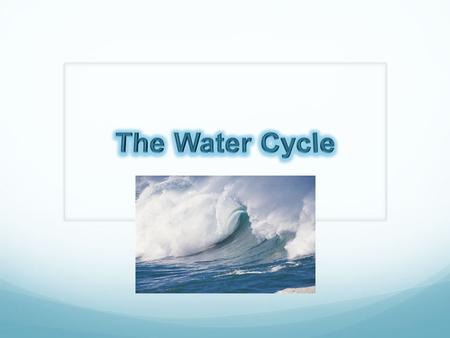 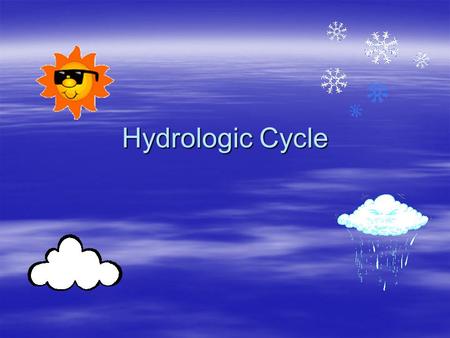 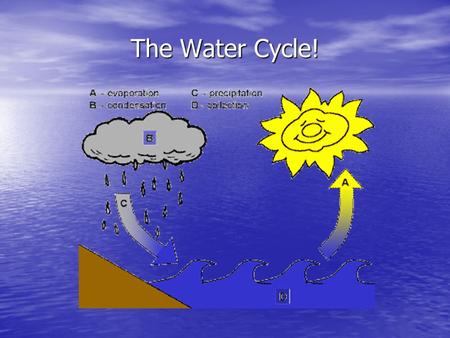 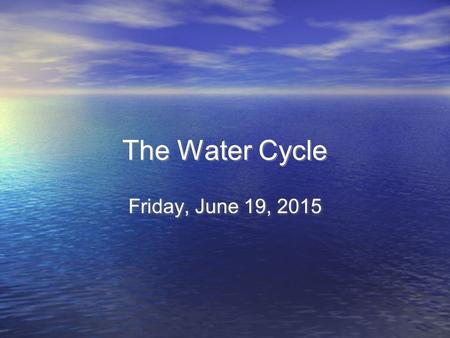 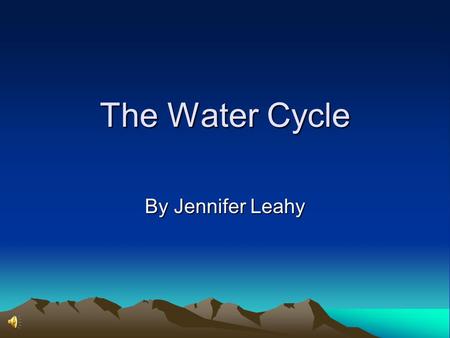 The Water Cycle By Jennifer Leahy. 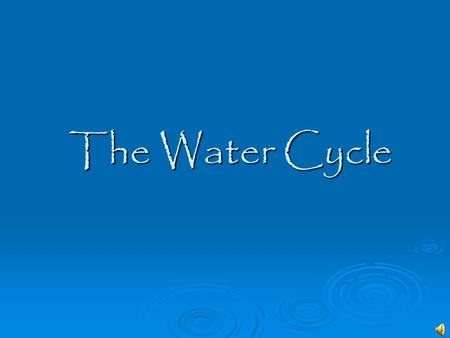 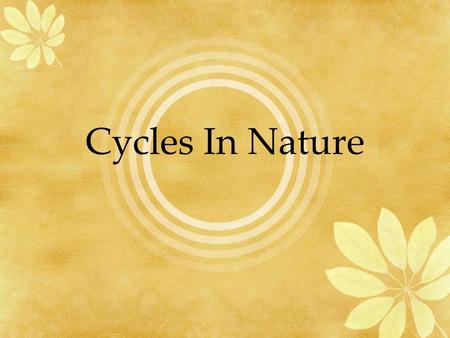 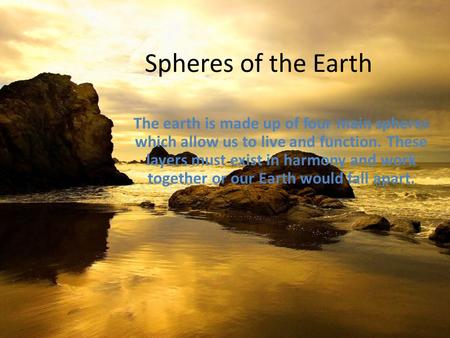 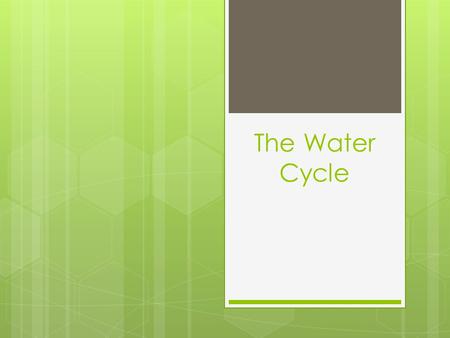 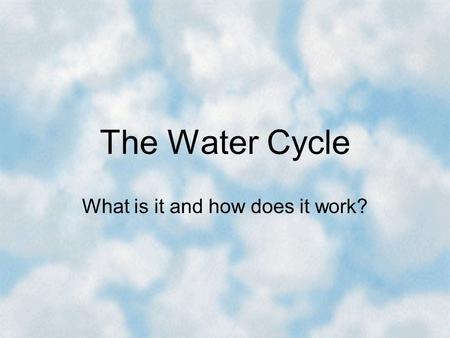 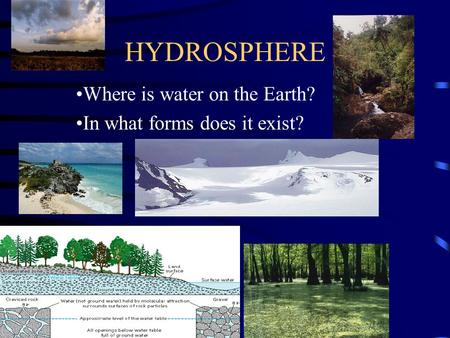 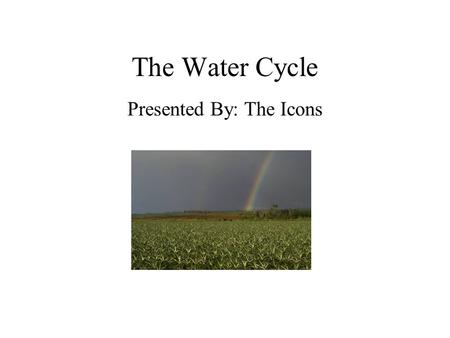 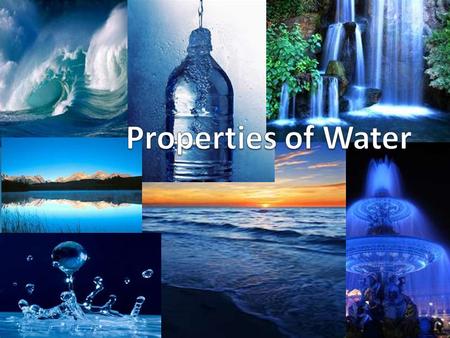