2 Key Concepts: The solar nebula theory says that the Sun and the solar system formed from a spinning, contracting disk of gas and dust particles. Evidence supporting the solar nebula theory consists of heavily cratered objects, most planets rotating about in the same direction, most planets revolving in the same direction and in about the same plane and the existence of other planets around the Sun.

3 Key Concepts: The Sun’s energy source is hydrogen. It converts matter into energy through nuclear fusion. Sunspots can produce solar flares, which send gigantic beams of charged particles into space. Charged particles from the Sun that enter Earth’s atmosphere produce auroras, but the charged particles can also damage electronic equipment, cause large scale power blackouts and pose a danger to astronauts. Energy absorbed and emitted by Earth’s surface heats Earth and keeps it warm.

4 FORMATION OF THE SOLAR SYSTEM
Solar Nebula Theory - states that stars and planets form together from contacting, spinning disks of gas and dust. Nebula - a cloud of gas and dust

5 How did our solar system form?
A supernova (big explosion where the entire outer part of a star is blown off) sends waves in space that triggered a nebula to start spinning b) As the nebula spins, it begins to collapse as gravity pulls the gas and dust together c) The cloud spins faster and flattens the dust and gas into a disc d) The gas and dust collect in the center forming a hot condensed lump of matter (protostar) which eventually becomes a star e) Small amounts of matter in the disc collect and form bigger, rocky lumps called planetismals. f) Those planetismals that survive collisions turn into planets

7 Nuclear Fusion the process that produces energy in the Sun.
Hydrogen nuclei combine to form helium nuclei. Takes a lot of pressure and temperature Nuclear reaction

9 Structure of the Sun PHOTOSPHERE
- called the surface of the Sun (not really a surface since the Sun is made up of gases) oC; thousands of km deep CHROMOSPHERE - the inner atmosphere

11 A GROWING SUN - Helium is denser than hydrogen and settles in the Sun’s core - Helium core grows larger as well as the fusion area around it - Sun is getting larger; 30% larger than when it was born 5 billion years ago Sun has enough hydrogen fuel (for fusion) for 10 billion years Our Sun has 5 billion more years left

12 SUNSPOTS AND SOLAR FLARES
- Sun spots are areas of strong magnetic fields (dark spots we see on the Sun; 4500oC) start off small, then get larger, form clusters and eventually fade and disappear. They occur in 22-year cycles and seem to move on the Sun’s surface, which we believe is actually the Sun rotating. - When a magnetic field is so intense that the solar flare can eject intense streams of charged particles into space called solar wind.

13 SOLAR WIND – How does it affect Earth?
Disrupt telecommunications and damage equipment aboard spacecrafts Harmful to astronauts (like x-rays on humans)

16 IMPORTANCE OF THE SUN Provides radiant energy for all life on Earth
Keeps Earth in a steady orbit because of its gravitational pull. 3. Creates winds and ocean currents 4. Microwaves, radio waves, X-rays, gamma rays 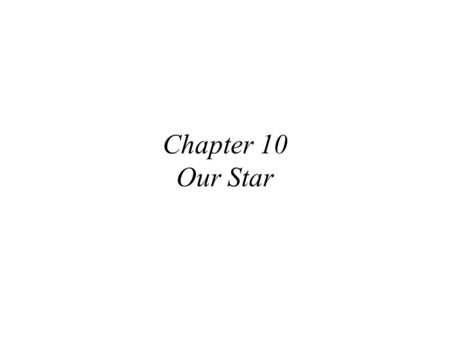 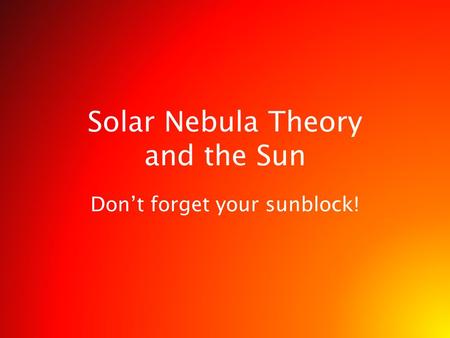 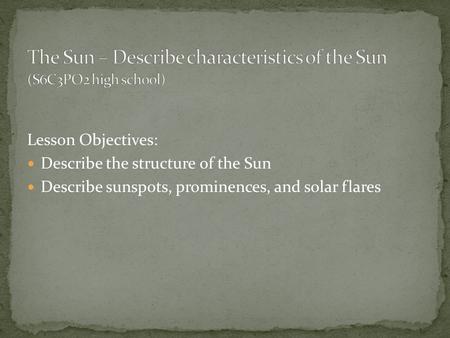 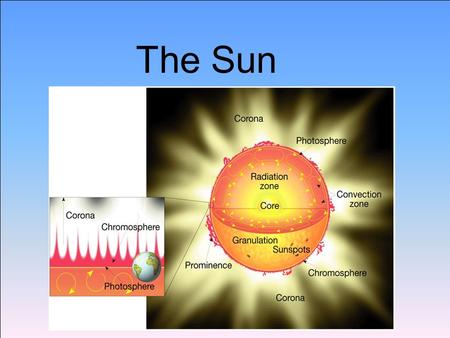 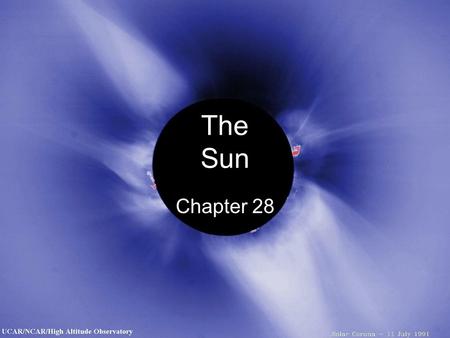 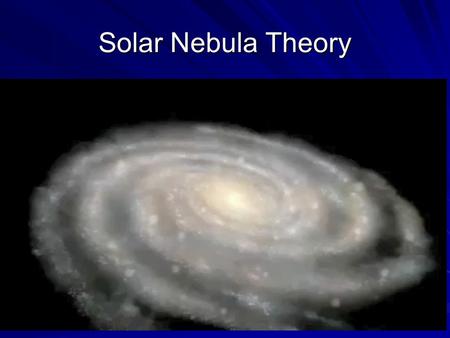 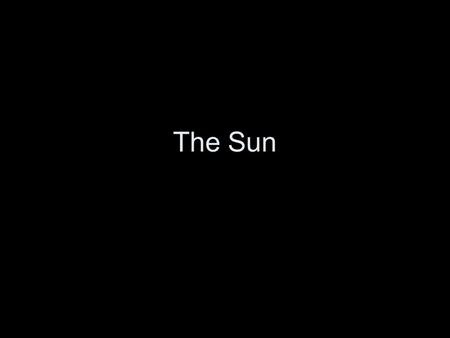 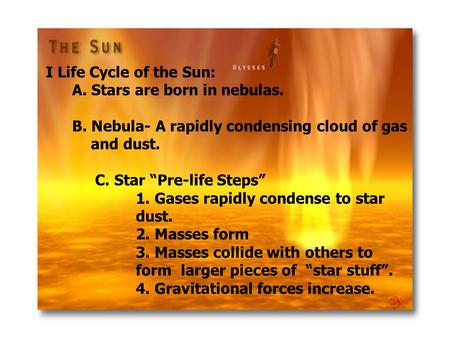 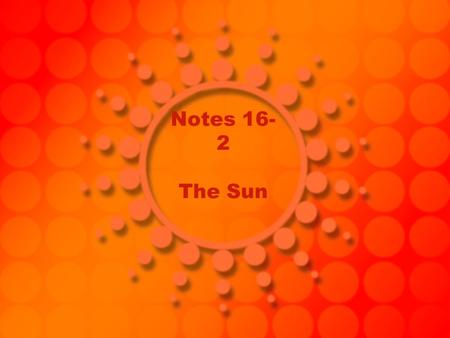 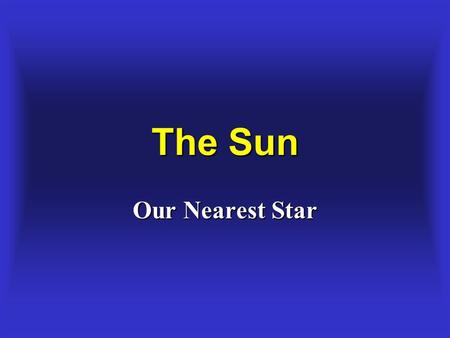 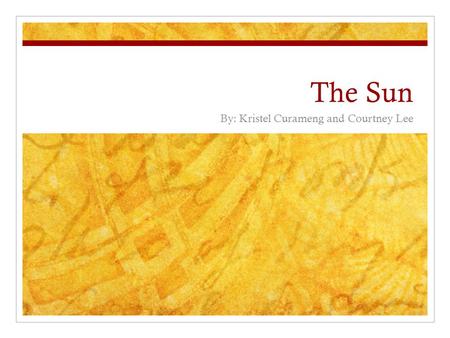 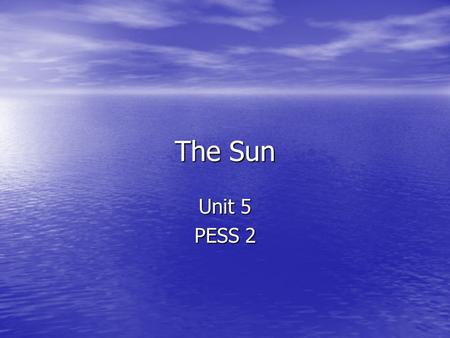 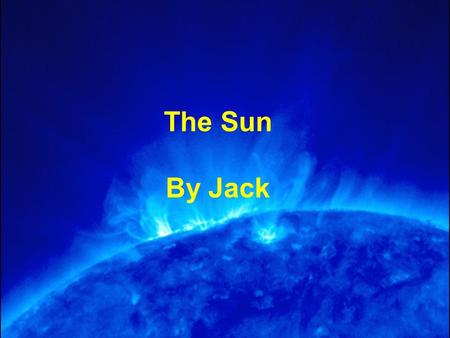 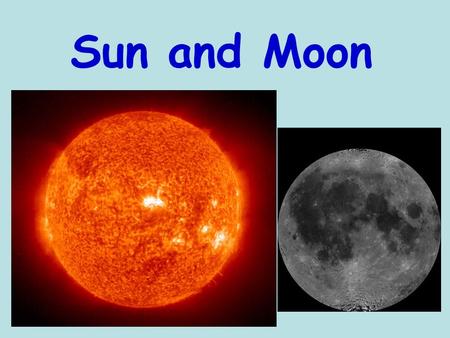 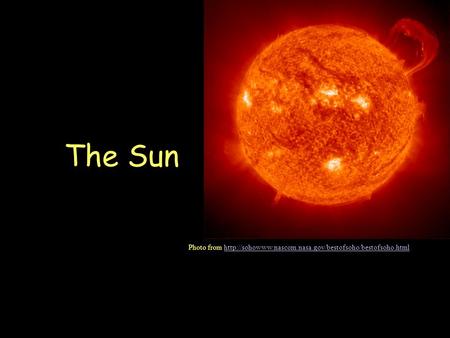 The Sun Photo from