2 Interconnection Structure
I/O to or from memory: An I/O module is allowed to change data directly with memory without going through the processor using DMA (Direct Memory Access)

3 Interconnection Structure: Bus Interconnection
A bus is a communication pathway consisting of lines and, it is connecting two or more devices A bus is considered as a shared transmission medium allowing multiple devices to connect to it However, only one device at a time can successfully transmit Several lines of the bus can be used to transmit binary digits simultaneously

6 Interconnection Structure: Bus Interconnection
Bus Lines can be classified based on 3 functional groups: 1. Data Lines Provide pathway for moving data between system modules These lines are called Data Bus The lines (32 to hundreds) referred to as the width of the bus The width determines the overall system performance e.g. If the data bus is 8-bit wide, and each instruction is 16-bit long, then the processor must access the memory module twice during each instruction cycle

8 Interconnection Structure: Bus Interconnection
Typically: A higher-order bits are used to select a particular module on the bus A lower-order bits are used to select a memory location or I/O port within the module For example: On an 8-bit address bus address and below might reference locations in memory module (128 words) address and above may refer to devices attached to an I/O modules.

9 Interconnection Structure: Bus Interconnection
3. Control Lines Are used to hold control signals to control the access and the use of data and address lines since these lines are shared by all components control signals transmit command and timing information between system components Timing signal indicates the validity of data and adress information Command signals specifies the type of operations to be performed

12 Interconnection Structure: Bus Interconnection
Typical Bus Architecture Metal lines put in printed circuit board, the bus extends across over all the system components 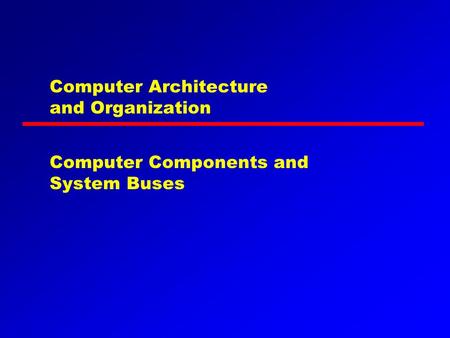 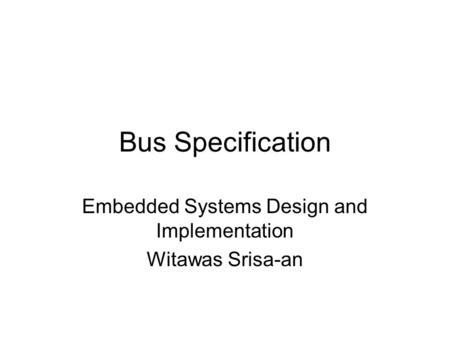 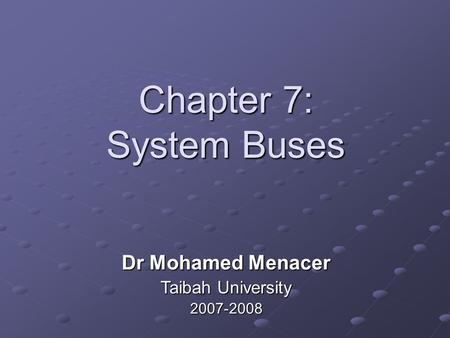 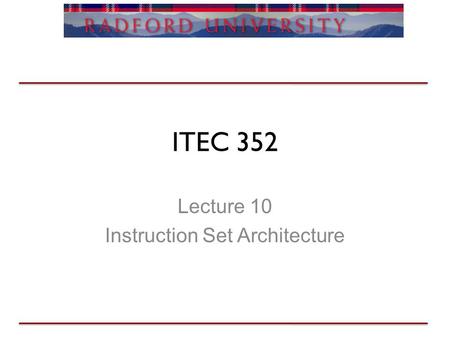 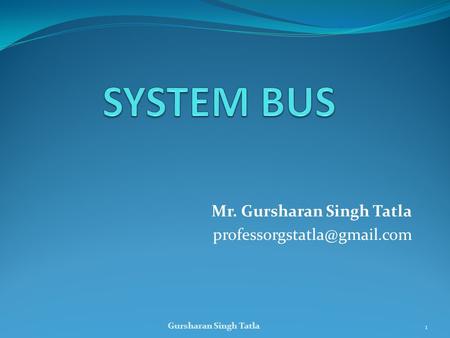 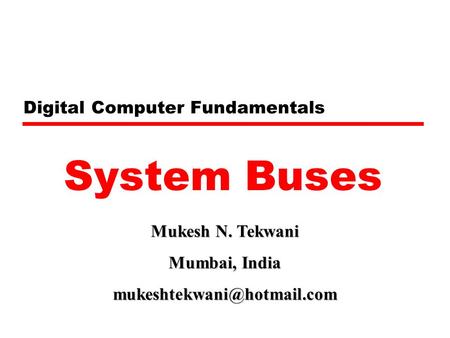 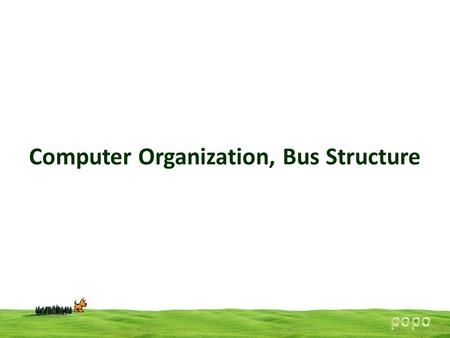 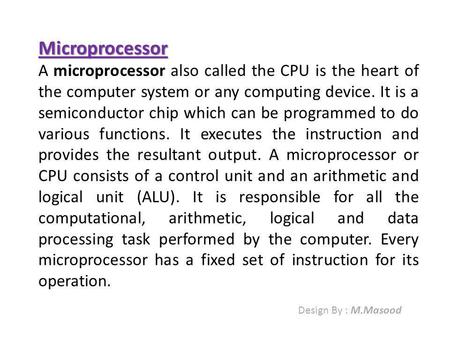 Microprocessor A microprocessor also called the CPU is the heart of the computer system or any computing device. It is a semiconductor chip which can be. 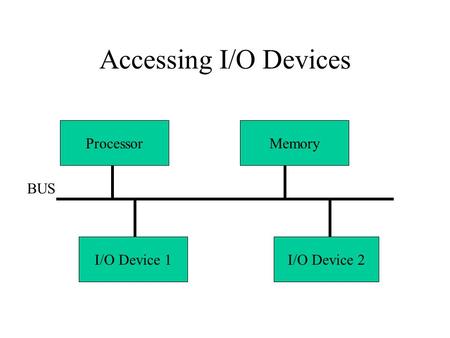 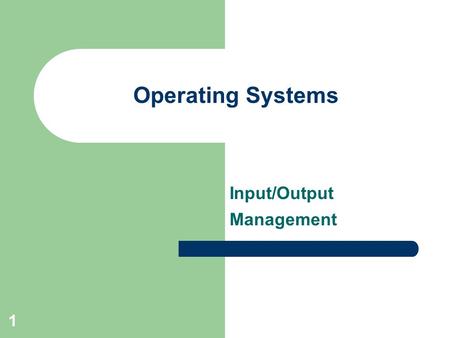 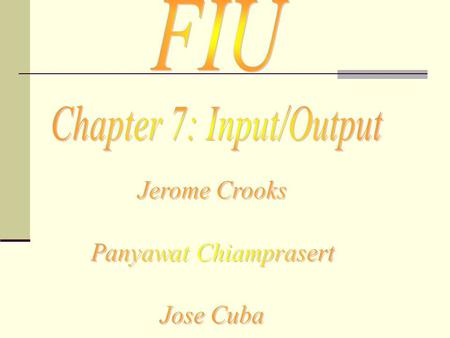 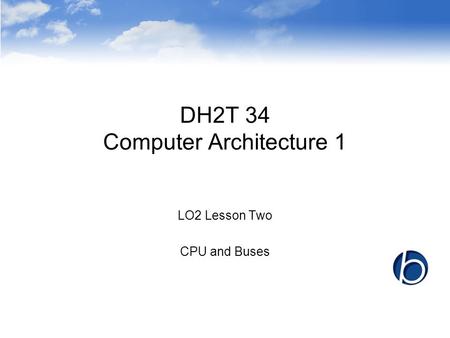 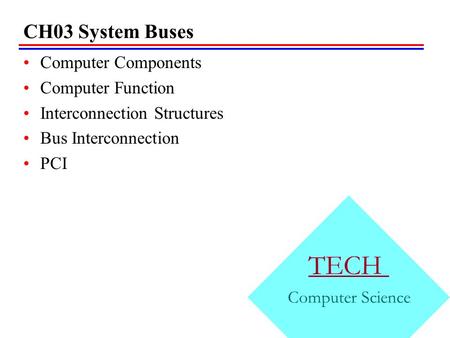 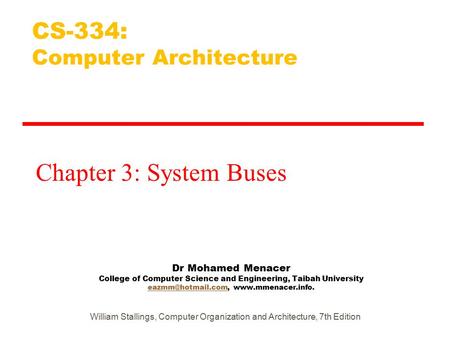 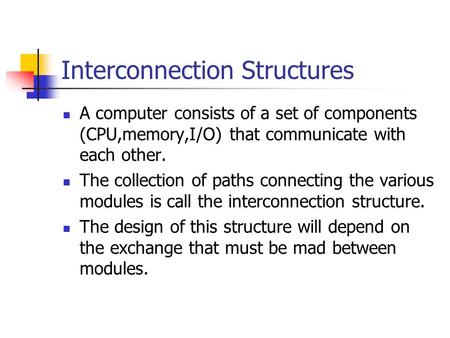 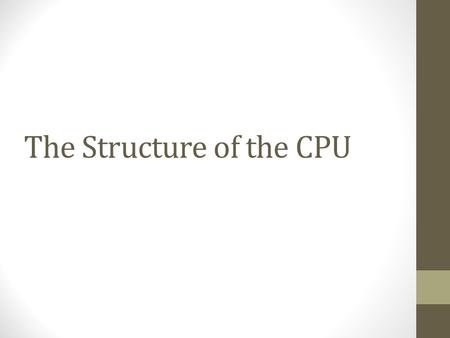 The Structure of the CPU 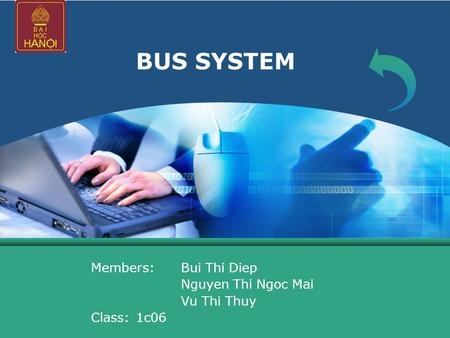 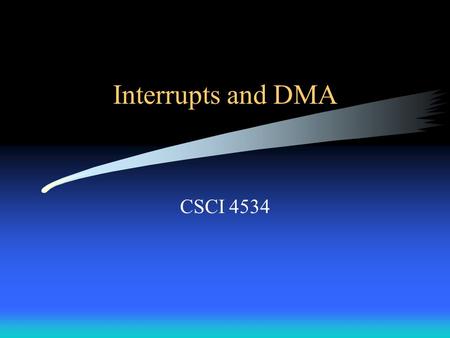 Interrupts and DMA CSCI The Role of the Operating System in Performing I/O Two main jobs of a computer are: –Processing –Performing I/O manage and. 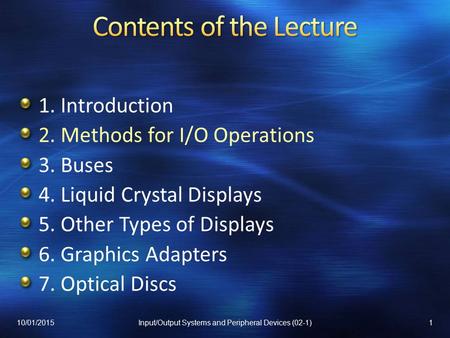