GEM Chambers at BNL The detector from CERN, can be configured with up to 4 GEMs The detector for pad readout and drift studies, 2 GEM maximum.

1 GEM Chambers at BNL The detector from CERN, can be configured with up to 4 GEMs The detector for pad readout and drift studies, 2 GEM maximum.

5 Ion Feedback in Single GEM Chamber Ion Feedback is defined as the current ratio between the window and the anode: f i = - I w / I a

11 Summary Double GEM demonstrated very good energy resolution with collimated x- ray beam. It also exhibits somewhat a large gain variation over 9cmx9cm area. The Double GEM detectors gain has a dependence on photon flux, even down at kHz/mm 2 range. The amount of gain change varies over a GEM detector. With a reasonable drift field (~1kV/cm), it is difficult to keep the ion feedback rate under 10% for double GEM, 2% for triple GEM. To reduce the ion feedback to below 1%, 5 GEM planes are needed. Interpolating pad readout for GEM with better than 100µm resolution in one direction possible (@ 2mm pitch) with 5.4keV x-rays, with minimal diffusion.

12 Further R&D Topics Detailed simulations to determine the acceptable ion feedback Spatial variation of the GEM gain –If the variation is stable over time, it can be corrected by calibration. Degradation of energy resolution with intermediate strip readout Dependence of gas gain on flux –Difficult to correct Join multiple GEM foils –TPCs active area is larger than CERNs GEM foil capacity Drift properties of the TPC gas GEM Operation in pure CF 4 –Reached a gas gain of 600 on a triple GEM before HV instability Aging Study –Should we do our own study or rely on others results? Integration of TPC & HBD: –Design of the field cage, its optical transparency.

Download ppt "GEM Chambers at BNL The detector from CERN, can be configured with up to 4 GEMs The detector for pad readout and drift studies, 2 GEM maximum." 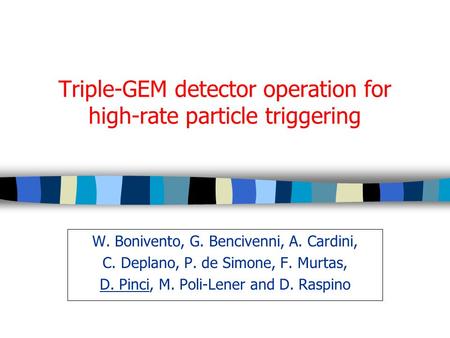 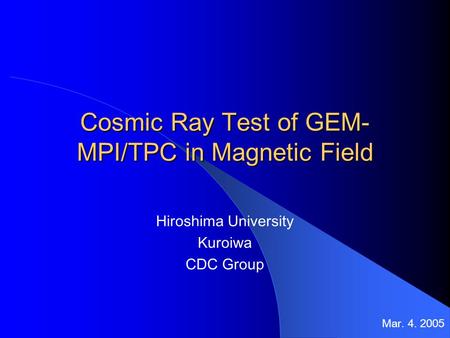 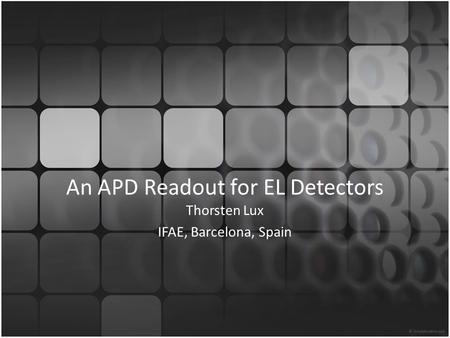 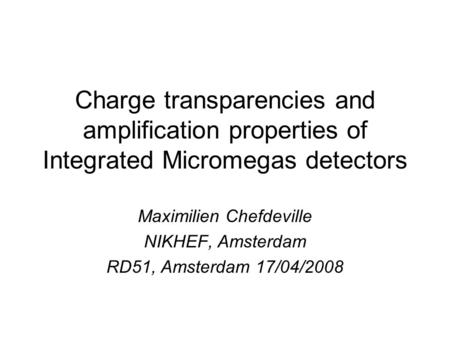 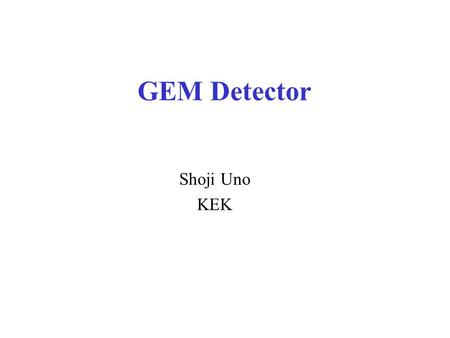 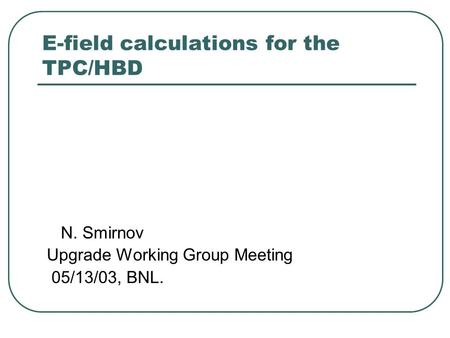 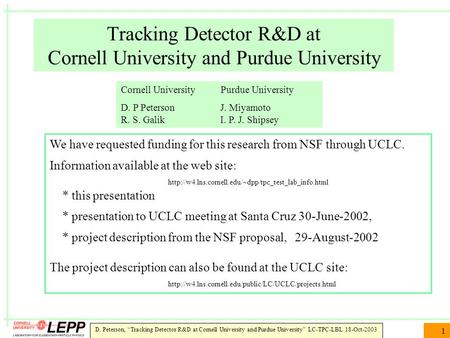 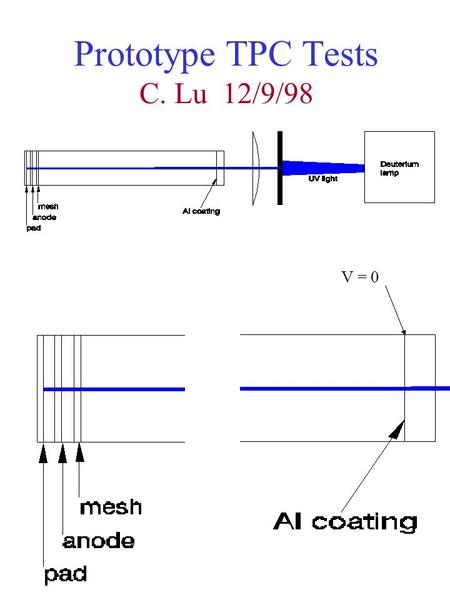 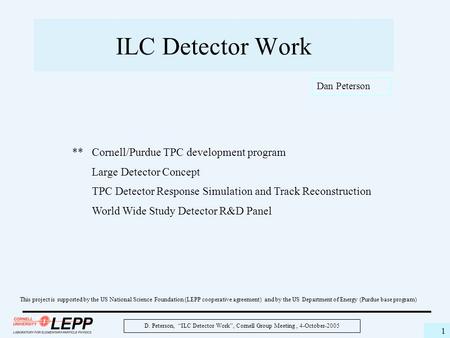 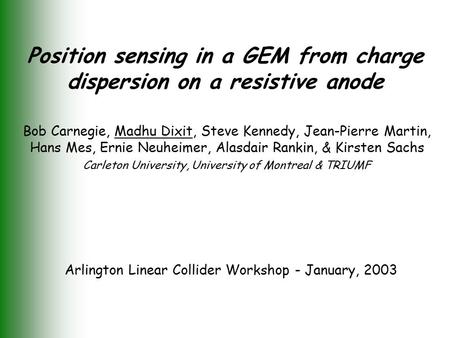 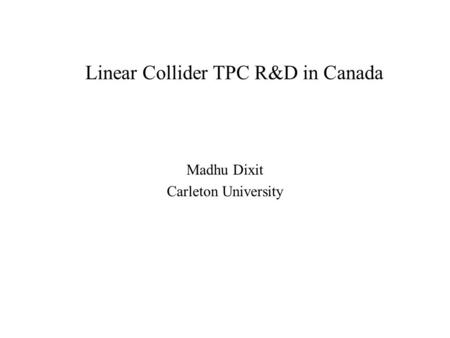 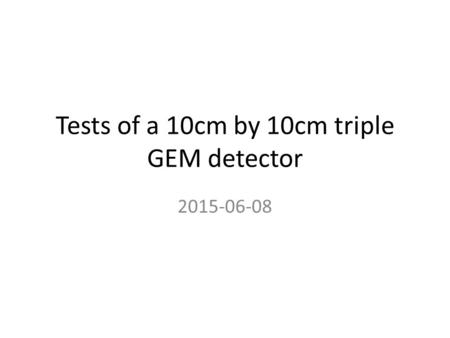 Tests of a 10cm by 10cm triple GEM detector 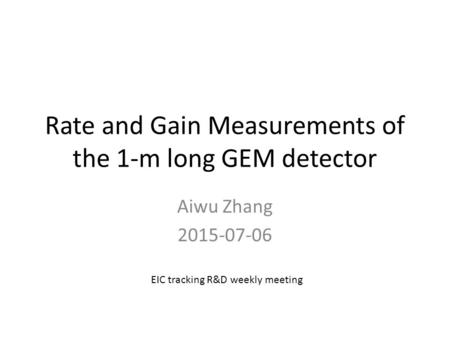 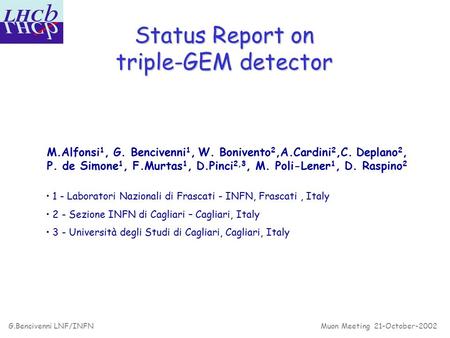 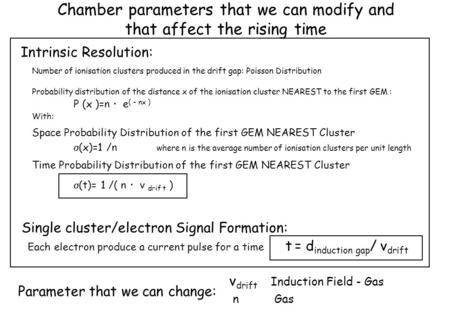 Chamber parameters that we can modify and that affect the rising time Number of ionisation clusters produced in the drift gap: Poisson Distribution Probability. 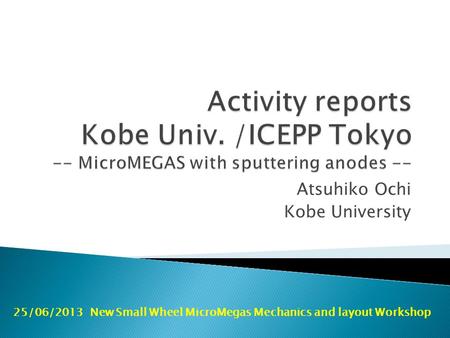 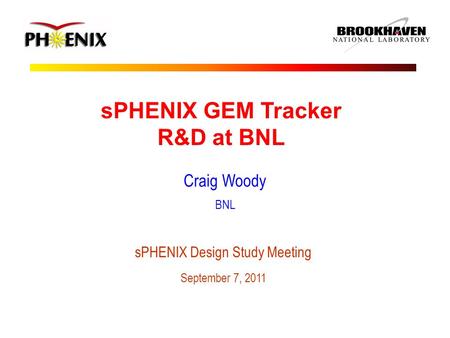 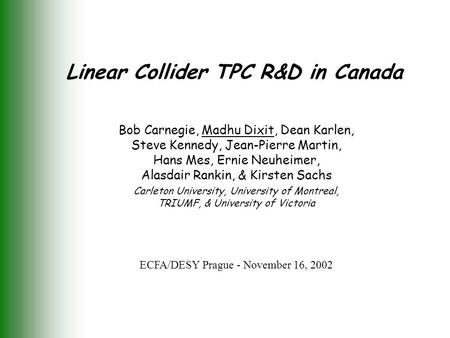 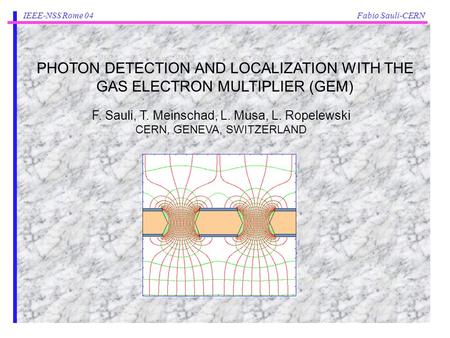 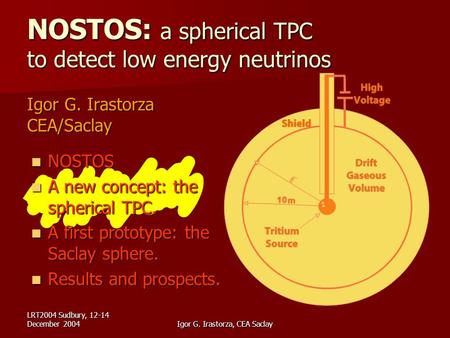