1 <doc.: IEEE 802.15-doc>
<month year> <doc.: IEEE doc> October 2013 Project: IEEE P Working Group for Wireless Personal Area Networks (WPANs) Submission Title: [ FDD and TDD discussion ] Date Submitted: [October 2013 ] Source: [Marco Hernandez, Huan-Bang Li, Igor Dotlić, Ryu Miura ] Company: [NICT] Address: [3-4 Hikarino-oka, Yokosuka, , Japan] Voice:[ ] Fax: [ ] [] Re: [In response to call for technical contributions to TG8] Abstract: [ ] Purpose: [Material for discussion in TG] Notice: This document has been prepared to assist the IEEE P It is offered as a basis for discussion and is not binding on the contributing individual(s) or organization(s). The material in this document is subject to change in form and content after further study. The contributor(s) reserve(s) the right to add, amend or withdraw material contained herein. Release: The contributor acknowledges and accepts that this contribution becomes the property of IEEE and may be made publicly available by P Hernandez,Li,Dotlić,Miura (NICT) <author>, <company>

2 October 2013 FDD vs TDD During the Nanjing meeting, there was a discussion on the duplexing method best fit for PAC applications. The present contribution aims to solve the issue. FDD uses the idea that the transmission and reception of signals in a radio terminal are achieved simultaneously using two different frequencies. It requires a frequency guard. Hernandez,Li,Dotlić,Miura (NICT)

3 October 2013 TDD TDD uses a single frequency band for both transmit and receive. Then, it shares that band by assigning alternating time slots to transmit and receive operation. It requires a guard interval comprising two main elements: a time allowance for the propagation delay for any transmission from the transmitter to arrive at the receiver, a time allowance for the radio terminal to change from receiver to transmitter or vice-versa. Hernandez,Li,Dotlić,Miura (NICT)

4 October 2013 TDD For systems communicating over short distances, say one Km or so, the guard interval is normally small and acceptable. For greater distances it may become an issue. Hernandez,Li,Dotlić,Miura (NICT)

7 October 2013 Conclusion Based on the above advantages/disadvantages of TDD and FDD, a preliminary conclusion is that TDD appears to be a better choice, because PAC applications are expected to have asymmetric traffic. Furthermore, multiple antennas procedures like MIMO and beamforming are better supported in terms of implementation complexity. However, FDD is technically feasible (and not impossible as said during the Nanjing meeting). Hernandez,Li,Dotlić,Miura (NICT) 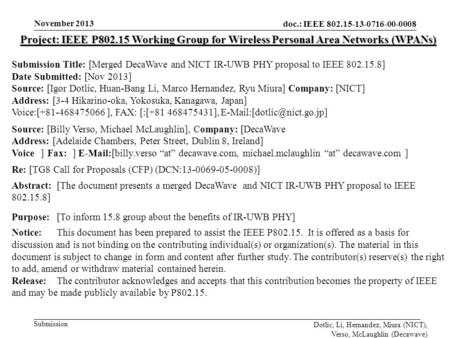 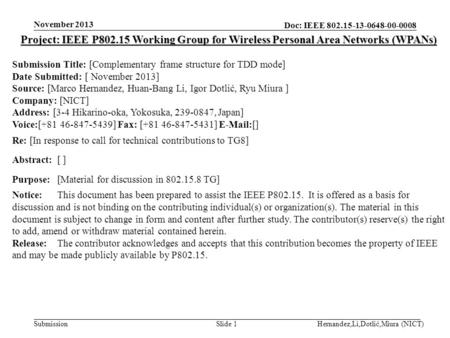 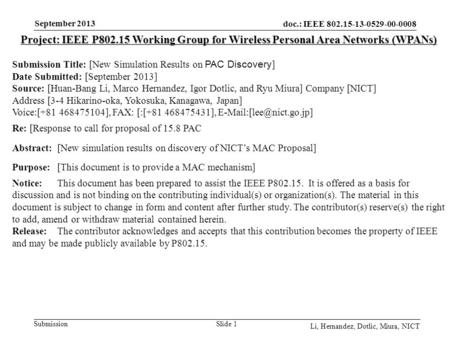 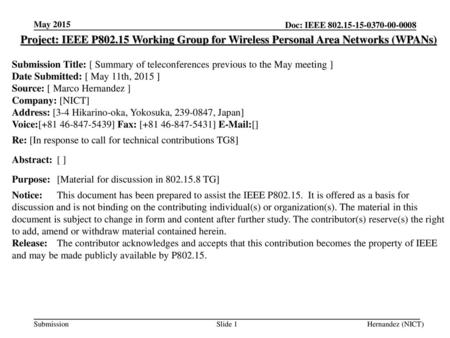 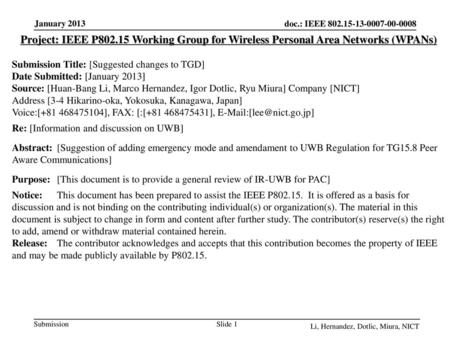 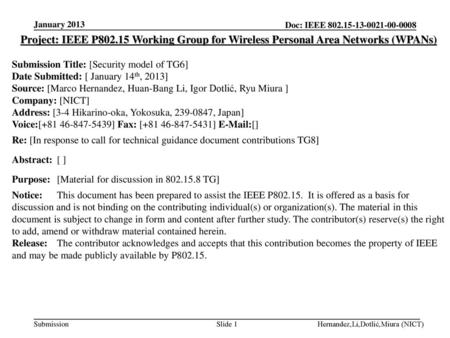 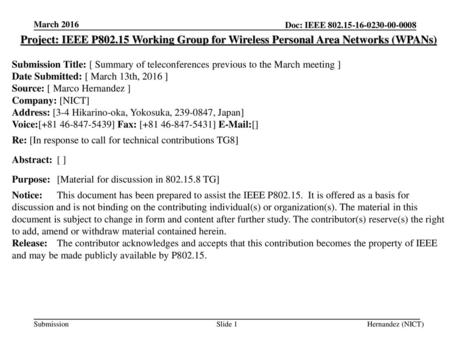 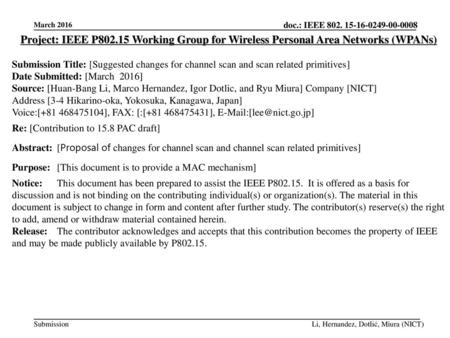 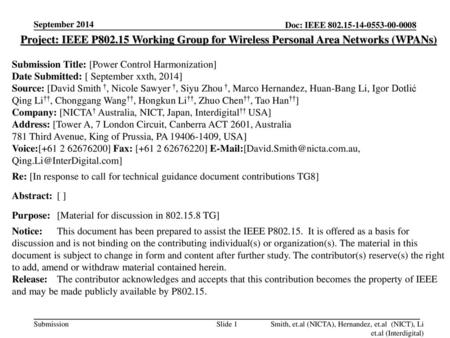 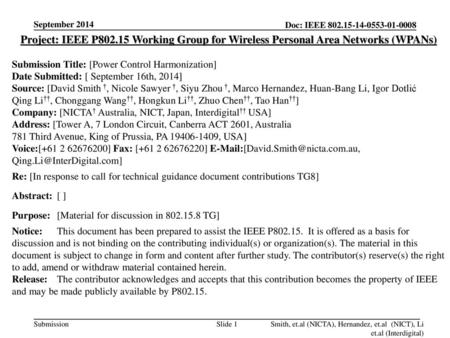 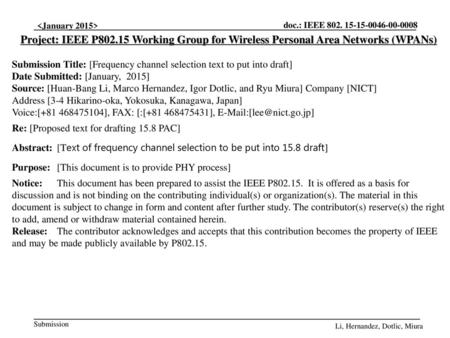 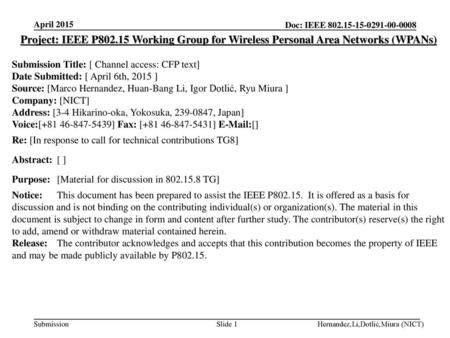