Presentation on theme: "Yearbook Photography Capture the Moment. Get the Picture Get to the event Get close Capture the emotion Use interesting angles Avoid yearbook staff Be."— Presentation transcript:

5 Remember… The caption is an extension of the photograph. Use it to expand the moment in time. What happened before and after the shutter clicked?

6 Whats in a Caption? Action lead in mini-headline Begin by listing attention getting words or phrases that come to mind when looking at the picture. Use these for the lead.

7 Whats in a Caption? Basic information Who What Where When

9 Sample caption OUT OF TUNE. Embarrassed, Sloane Cotner and Lexi Orozco stand frozen in the center of the gym floor at the Flashback pep rally, unable to remember any of the lyrics to the songs in the Singing Duck contest. It was really awkward, Sloane said. No one really won the contest.

10 We know how to do this. We have a winning formula for writing captions. Judges love it. Were sticking with it.

11 Our winning caption formula First sentence: PRESENT tense, tells the basic who, what, where, when Second sentence: PAST TENSE, gives more info about the event or person pictured Third sentence: PAST tense, is a quote like this Quotey quote quote, Name said. Second and Third can be switched around.

12 Caption Formula in practice Lead in: ROCK AND ROLL present tense: Laughing his head off, Jace Fontenot (09) enjoys his classmates presentation of the Myth of Sisyphus in Mrs. Richardsons English I class. past tense further info: In this classic Greek myth, Sisyphus has to push a boulder up a hill for eternity. past tense quote: Cameron Dupy (09) was excellent in the role of the rock, Jace said.

13 Sisyphus (just in case you were wondering)

14 Vary the lead There are at least twenty ways to start a caption. Look it up. Every caption on your spread should have a different lead. Seriously. WWWWWH. Swap them around.

16 Vary the lead Adjective (Wild with excitement,…) Adverb (Colorfully dressed as aliens,…) Infinitive (To engage the crowd,…) Prepositional phrase (Before the big game,…) Participle (Dressed as aliens,…) Causal (Since the half-time show had…) Conditional (If the drumline performed perfectly…) Gerund (Playing the Martian Mambo,…)

17 Do not use The wrong verb tense The same beginning over and over Predictions Your opinion Many, several, a lot, dedicated, some, diligently, paid off

18 Sports Captions These are hard. Get over it. Tell what is happening, using sports language (not Zoey runs with the ball.), but keeping it clear enough for the rest of us to understand. Identify the players by jersey number. Identify the other team and mascot (Rockdale Tigers, not just Rockdale). To really do it right, you have to identify even the players on the other team (!!)

20 More on sports Give the outcome of the play and game (Zoeys touchdown started a rally that led to a 67-48 victory for the Ducks.) Dont say THS or Ducks unless you have to. Talk to the players and ask them to tell you about what is happening in the photo, and their reactions to it. Do not accept lame or general quotes like I a beast.

21 Sample sports caption Preparing to serve, Amy Anderson (11) eyes her opponent in the girls singles at the Masonville Open. Amys serve was legendary among area tennis players. Shes quite scary, said Jenny Jones. Amy placed first in every tournament of the season.

22 Where do they go? Captions need to be right next to the photos they describe. Avoid gang captions. All captions must be the same width, font, etc. and follow the design plan of the section.

23 Prayers answered It is now considered acceptable to have only a name (grade) ID for a small photo in a cluster. Thank goodness. This is ONLY for those tiny photos that are all clustered together and leave no room for captions. Dont get lazy.

Download ppt "Yearbook Photography Capture the Moment. Get the Picture Get to the event Get close Capture the emotion Use interesting angles Avoid yearbook staff Be." 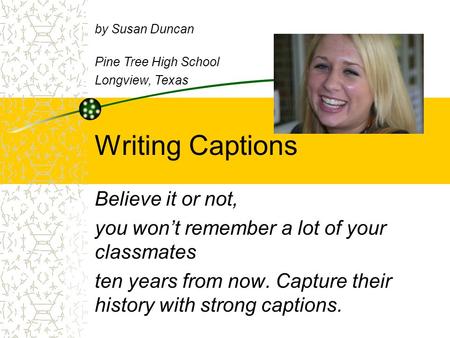 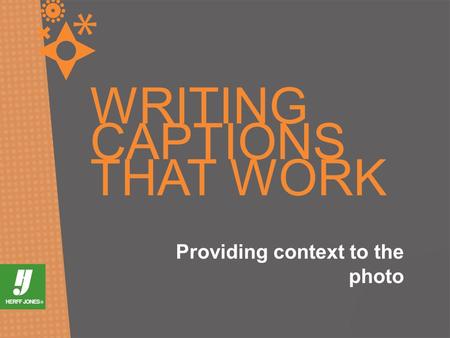 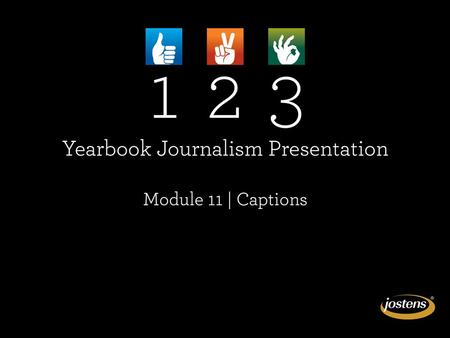 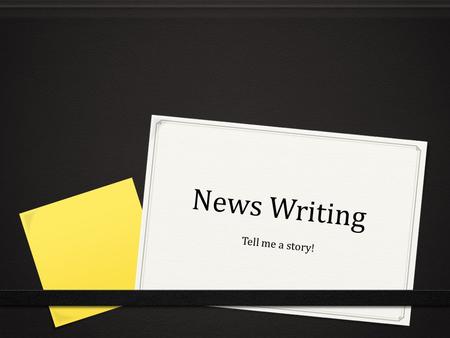 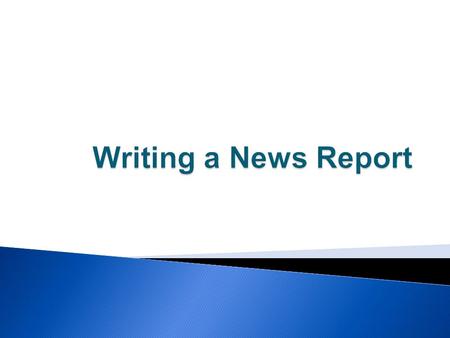 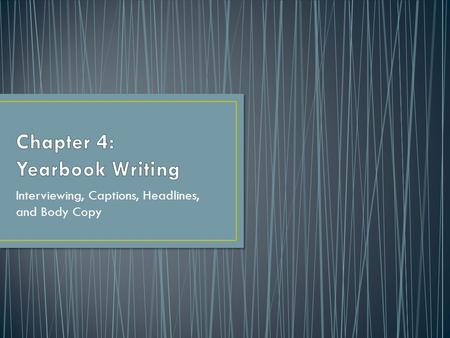 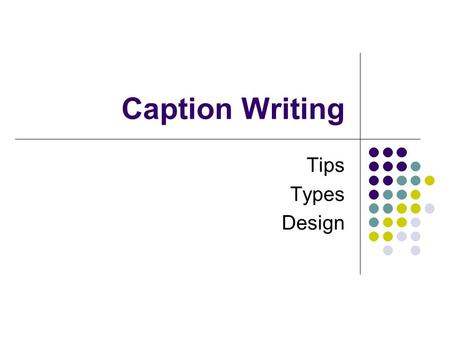 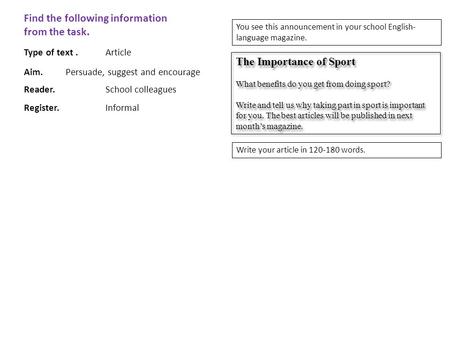 The Importance of Sport What benefits do you get from doing sport? Write and tell us why taking part in sport is important for you. The best articles will. 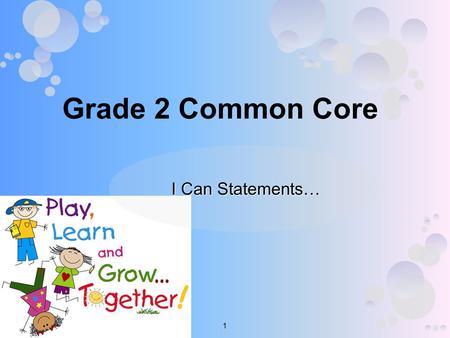 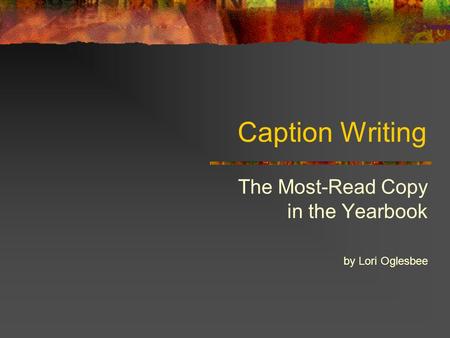 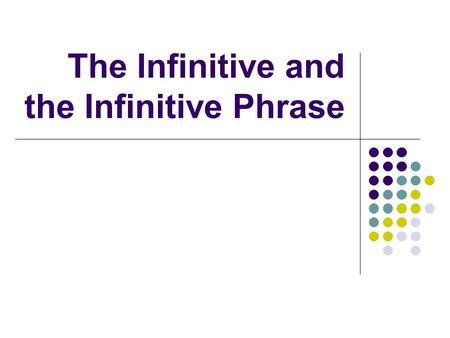 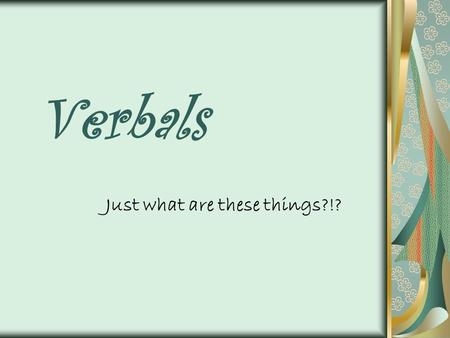 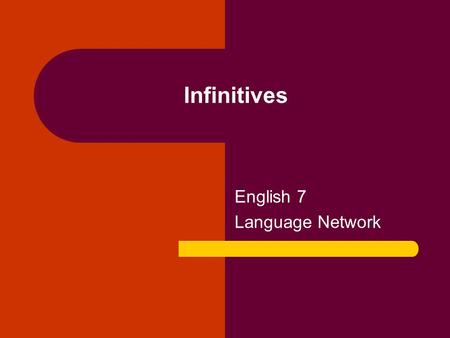 Infinitives English 7 Language Network Quick Review… Q: What is a gerund? A: A verb form that serves as a noun Example: Running can be good exercise. 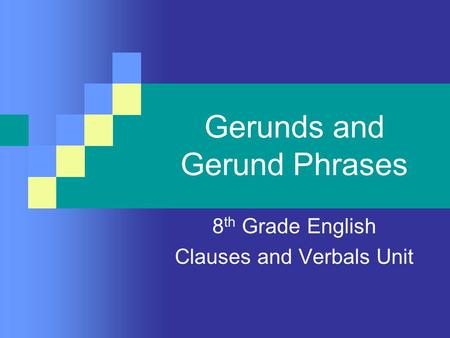 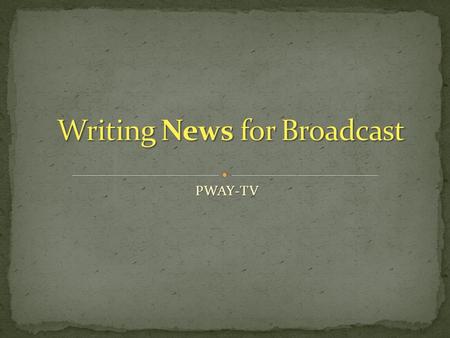 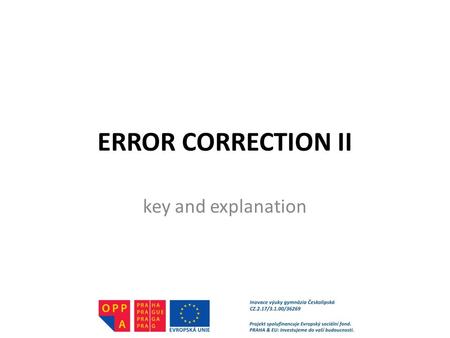 ERROR CORRECTION II key and explanation. “ In 21 st century is the topic number one in tabloid papers the privacy of famous people. “ Where is the mistake?