2 Improved population statistics methods in 2007 ONS is planning to make improvements in 2007 to the methods for distribution of the national population estimates to local areas. These principally concern how long term international migrant numbers are distributed locally

8 Timetable for further improvements Products from this work will be made available as soon as they are completed. No further revisions to existing population estimates will be made for at least two years.

15 Labour Force Survey (LFS) Large sample survey of 60,000 households per quarter; most communal establishments not sampled International in-migrants identified as those resident overseas one year previously Geographical location of in-migrants based upon actual place of residence

18 UK Country/English Region level: Comparison of IPS and LFS Higher percentage of international in- migrants allocated to London in IPS: –consistent over time –greatest for young adult age-groups Evidence from IPS and Longitudinal Study: –higher percentage of migrants intending to live in London state that they are likely to move on to a different area –migrants who move on quickly unlikely to be recorded in internal migration sources

42 Propensity to Migrate Model Used to apportion from intermediate geography to local authority level. Uses model to predict the number of migrants per head of population. –Model uses linear regression –Forward Stepwise entry selection method Consists of a number of socio-economic and demographic factors. Model results in a significant improvement –The percentage of variance explained is increased –R 2 increases from around 40% to over 80%

43 Example of the Model: 2005 In 2005 the variables below are used to form the model, in addition to a constant term. Estimated in-migrants Females aged 10-14 Persons in lower supervisory/technical occupations Persons in Black ethnic group Density: persons per hectare The model results are then scaled to the total of the New Migration Geography area (NMGo). 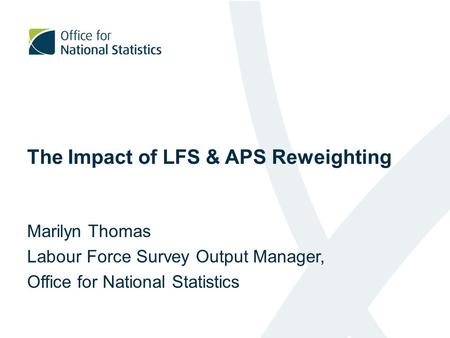 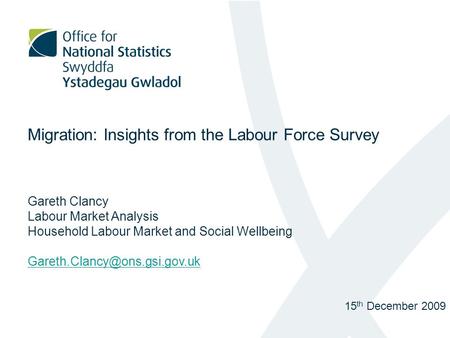 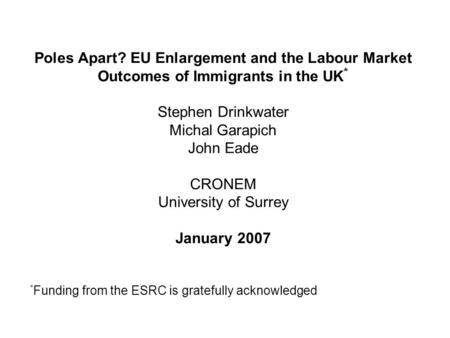 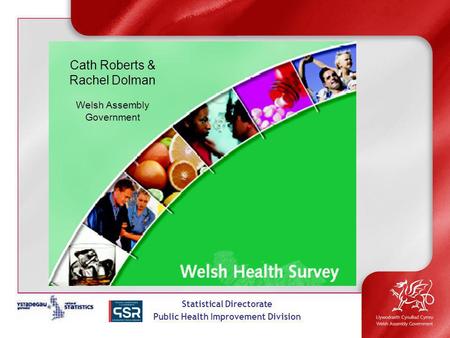 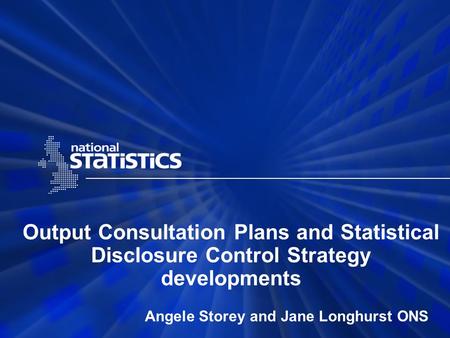 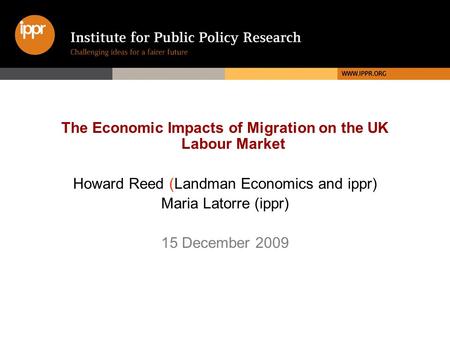 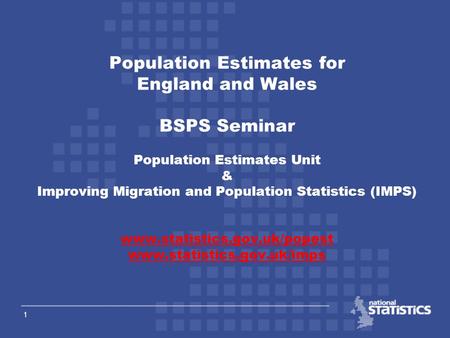 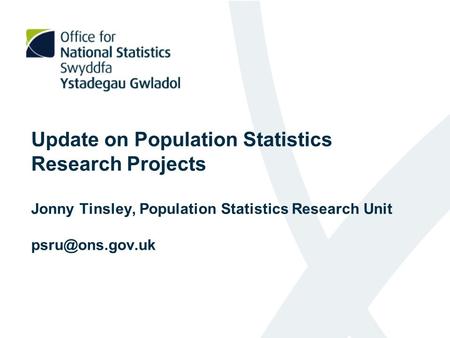 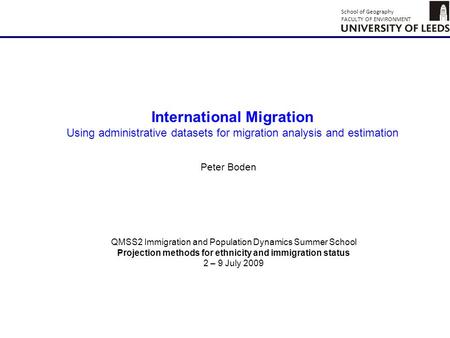 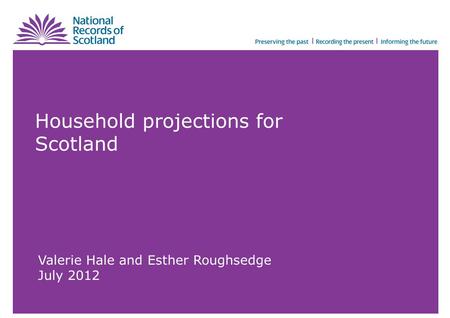 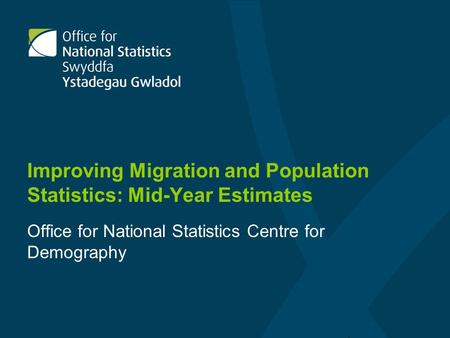 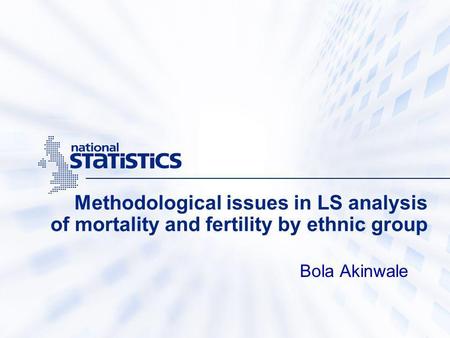 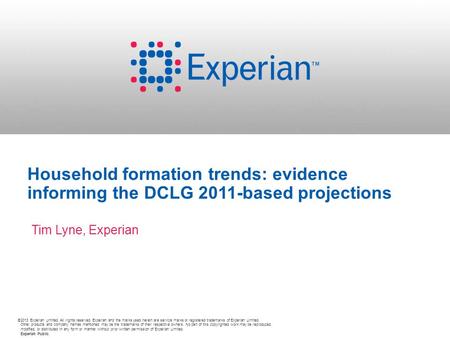 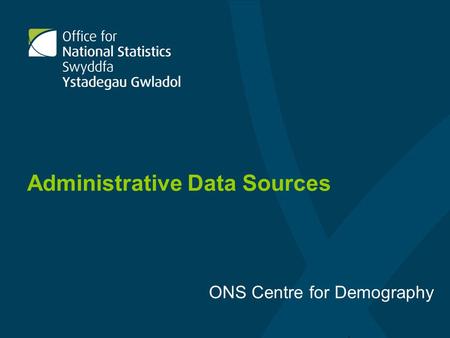 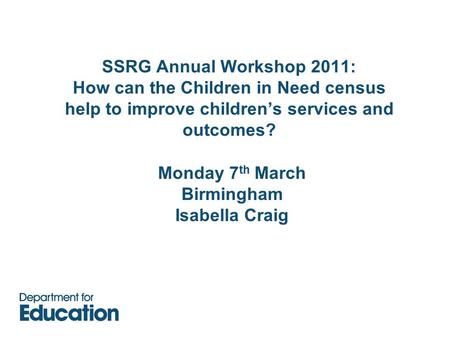