2 American Recovery and Reinvestment Act of 2009 (ARRA) Temporarily reduces the premium for COBRA coverage for eligible individuals –Eligible individuals pay at most 35% of the full COBRA premiums (including the 2% administrative fee) under their plans for up to 9 months –Government subsidizes the other 65% of what the eligible employee would otherwise be required to pay, up to 65% of the full COBRA premium (including the 2% administrative fee) –Applies to group health plans that are subject to the Federal COBRA provisions, as well as for group health insurance coverage under state continuation coverage laws (such as state mini-COBRA).

4 Who are Assistance Eligible Individuals (AEIs)? An Assistance Eligible Individual (AEI) is A COBRA qualified beneficiary who: –Is eligible for COBRA continuation coverage at any time during the period from September 1, 2008 through December 31, 2009; –Elects COBRA coverage (when first offered or during the additional election period provided by ARRA); and –The COBRA election opportunity relates to an Involuntary termination of employment that occurred at some time from September 1, 2008 through December 31, 2009.

6 When Does the Premium Reduction Begin? For most plans the subsidy begins March 1, 2009. For assistance eligible individuals terminated after March 1 but before December 31, 2009, the subsidy begins the first period of coverage following termination.

7 Special Election Opportunity Individuals who were –offered Federal COBRA continuation coverage as a result of an involuntary termination of employment –that occurred at any time from September 1, 2008 through February 16, 2009, and –Declined to take COBRA at that time, or –Elected COBRA and later discontinued it, May have another opportunity to elect COBRA coverage and pay a reduced premium.

11 How will the Employer be Reimbursed? The COBRA subsidy amount is reimbursed by being claimed on the employers payroll tax return. Employers claiming the credit must maintain supporting documentation for the credit claimed, such as –Information on the receipt of the AEIs 35% share of the premium –Copy of invoice from the insurance carrier and proof of timely payment of the full premium to the carrier –Attestation of involuntary termination Note: The new subsidy provision has no impact on FUTA. Refer to www.irs.gov for details.www.irs.gov

12 New Notice Requirements A general notice to all qualified beneficiaries, whether they are currently enrolled in COBRA coverage or not, who have a qualifying event during the period from September 1, 2008 through December 31, 2009. A notice of the extended COBRA election period to any AEI who had a qualifying event at any time from September 1, 2008 through February 16, 2009; and who either did not elect COBRA continuation coverage or who elected but subsequently discontinued COBRA. Note: NBS sent the new notices the week of March 23 rd and will continue to send the general notice to new qualified beneficiaries through December 31, 2009. Under the State programs, the issuer of the group health plan must provide the notice.

14 Are There Income Limits? If the modified adjusted gross income exceeds $145,000 (or $290,000 for joint filers), then the amount of the premium reduction during the tax year must be repaid. For taxpayers with adjusted gross income between $125,000 and $145,000 (or $250,000 and $290,000 for joint filers), the amount of the premium reduction that must be repaid is reduced proportionately. There is no additional federal tax for individuals with modified adjusted gross income less than these income levels; however, Treatment of the 65% subsidy for state income tax purposes is determined under state law and depends on the tax law of the particular state. 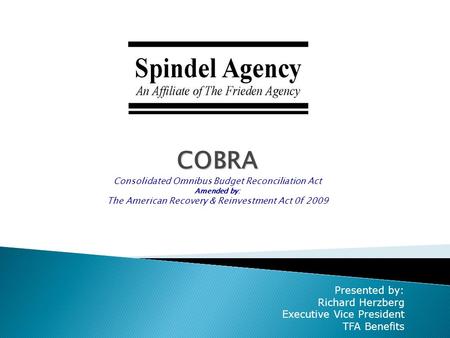 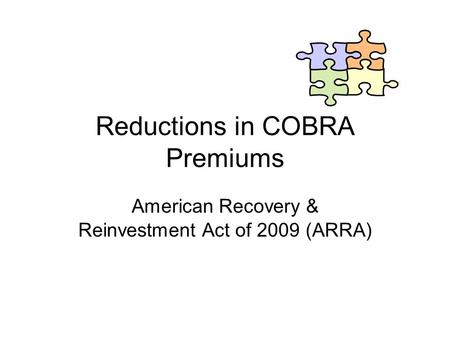 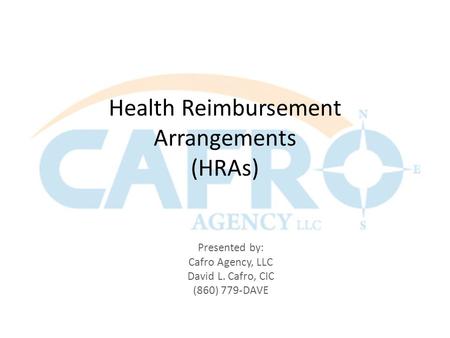 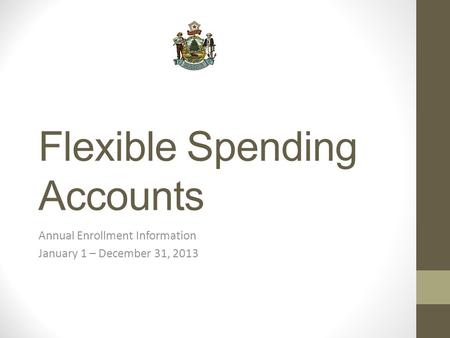 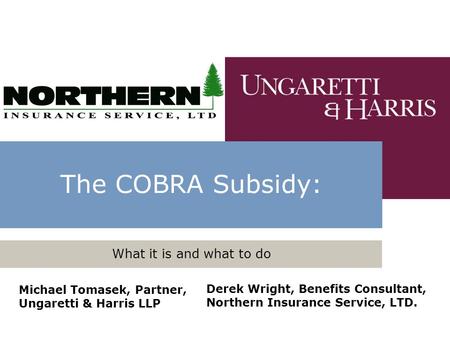 The COBRA Subsidy: What it is and what to do Michael Tomasek, Partner, Ungaretti & Harris LLP Derek Wright, Benefits Consultant, Northern Insurance Service, 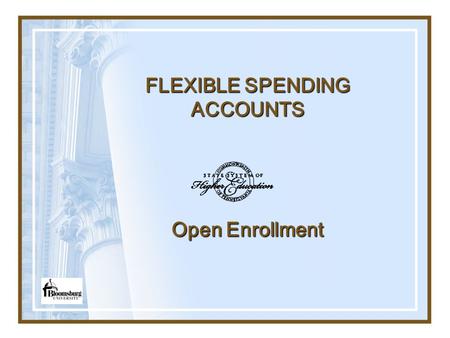 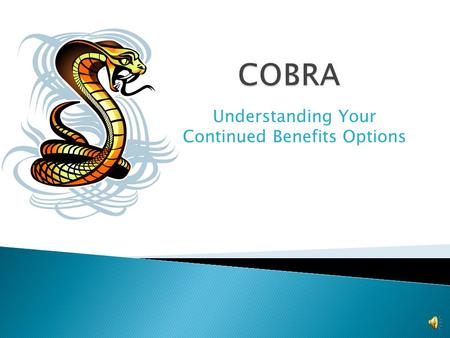 Understanding Your Continued Benefits Options The Questions You Are Most Likely Asking are… Now What? If I don’t have coverage available to me for a. 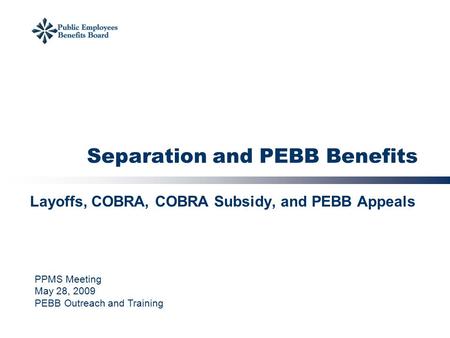 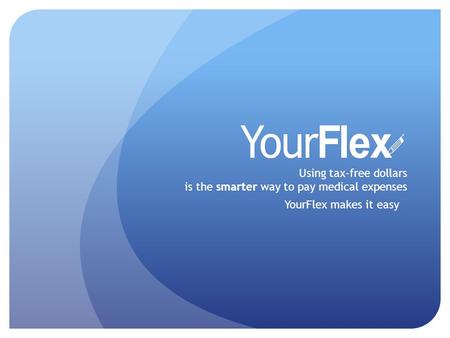 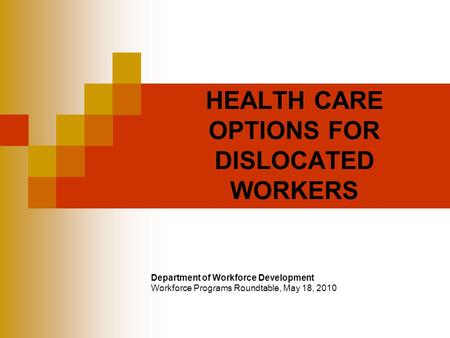 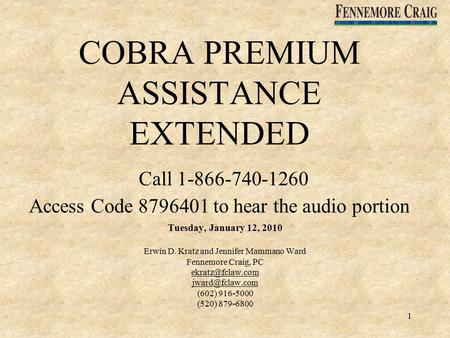 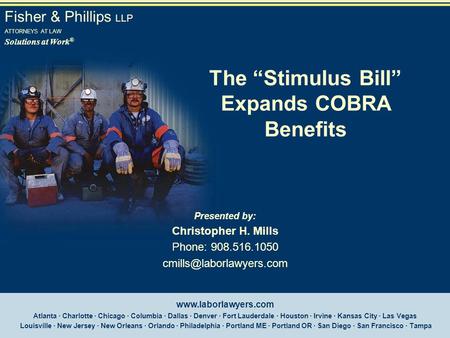 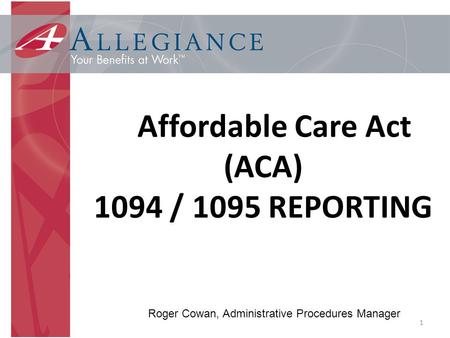 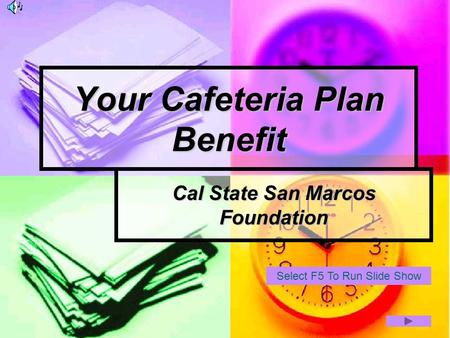 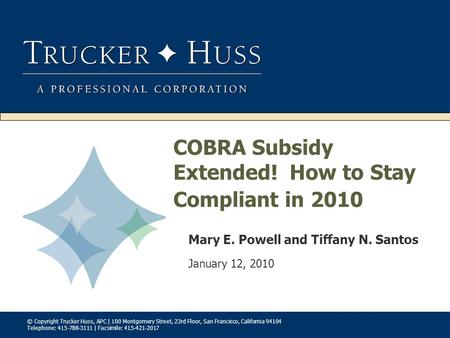 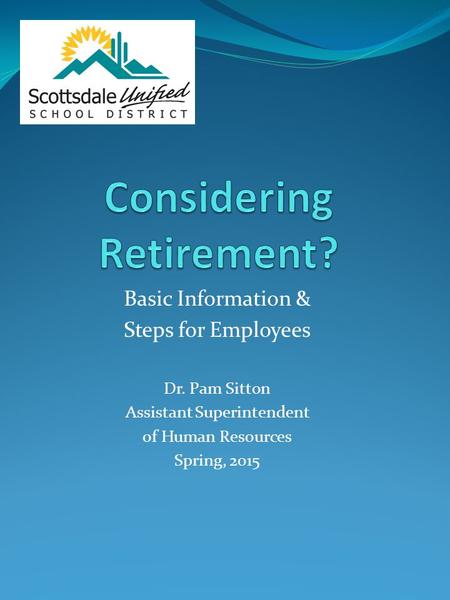 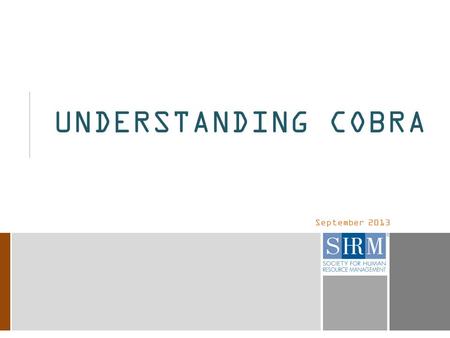 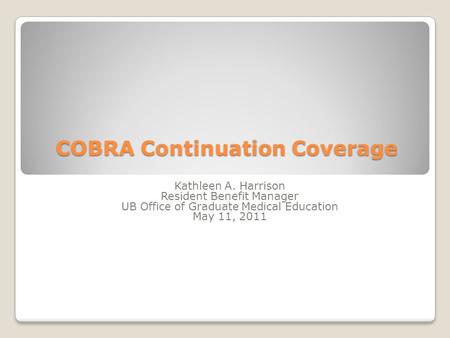 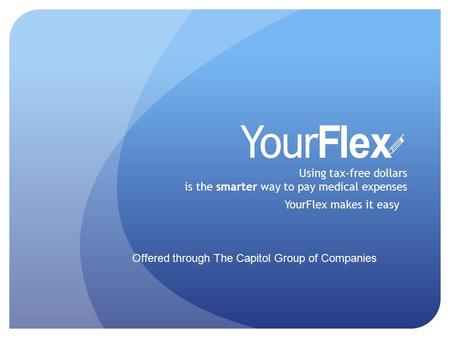 Using tax-free dollars is the smarter way to pay medical expenses YourFlex makes it easy Offered through The Capitol Group of Companies.