The Semantic of Morphological Relations

Presentation on theme: "The Semantic of Morphological Relations"— Presentation transcript:

2 Formal Processes of Derivation
Addition : some lexemes are formed by combining morphemes, ex : armchair, busybody Mutation :change of vowel, change of consonant, or both and by change of stress. Ex: proud -> pride, believe -> belief, choose -> choice, insult -> insύlt Conversion or zero change : the simple change of a word of one class to another with no formal alliteration. Ex: clean, dry, equal (adjective, also verb) Subtraction (or reduction) : by removing parts of certain lexemes new lexemes are formed (acronym and clipping)

3 Semantic Processes in Derivation
Nouns represent entities ; verb represents activities ; adjective represents qualities or characteristic. When a verb converted to a noun, the noun may refer to concrete entity – a person, object or place associated with what the verb signifies.

4 When a verb is derived from a noun, an entity becomes a predicate an entity or status-losing its quantifiable nature but becoming part of a tense – aspect system A noun or verb converted to an adjective gives a word that names a quality associated with some entity.

6 b. Effective meanings The accident crippled my friend -> cause him to be a cripple She babies her husband -> make him like a baby.

7 c. Instrumental meanings
Harry locked the door -> use the lock with respect to the door Lucy penned the note -> use a pen to write a note

8 d. Vehicular meanings ( instrument + transfer)
Sandra is skating from here to the corner -> move (oneself) on skate The company is trucking from the mine to the factory -> move (something) by truck

13 6. Adjectives derived from adjectives
Tendency -> has a suffix –ish with the meaning “partially, tending toward”. ex: bluish, oldish, yellowish Negative -> has a prefix to indicate the negative or change the suffix –ful, -less. Ex: unfinished, uneasy, painless, etc 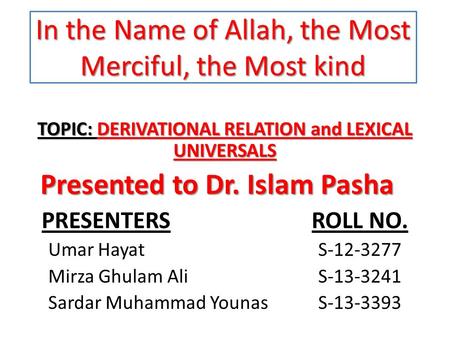 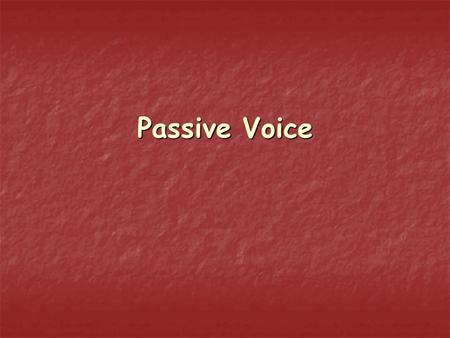 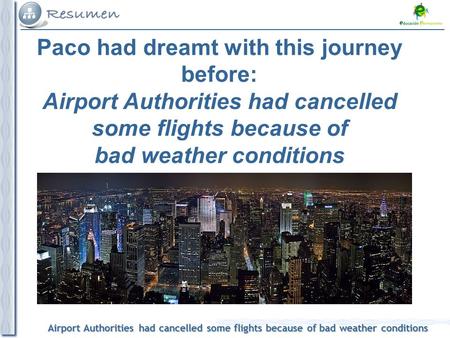 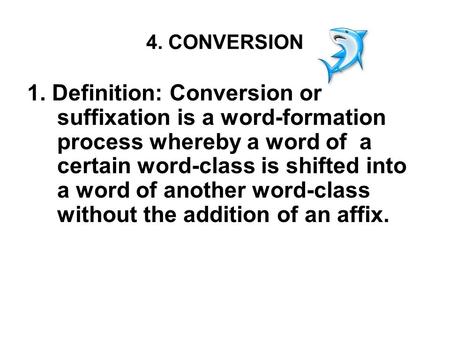 4. CONVERSION 1. Definition: Conversion or suffixation is a word-formation process whereby a word of a certain word-class is shifted into a word of another. 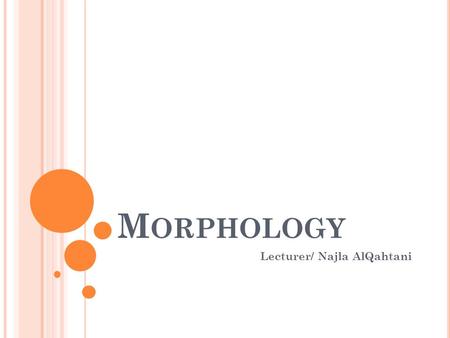 M ORPHOLOGY Lecturer/ Najla AlQahtani. W HAT IS MORPHOLOGY ? It is the study of the basic forms in a language. A morpheme is “a minimal unit of meaning. 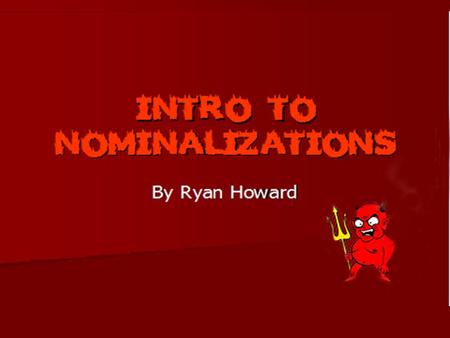 What is a Nominalization? 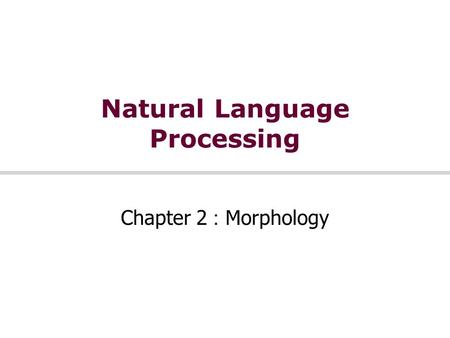 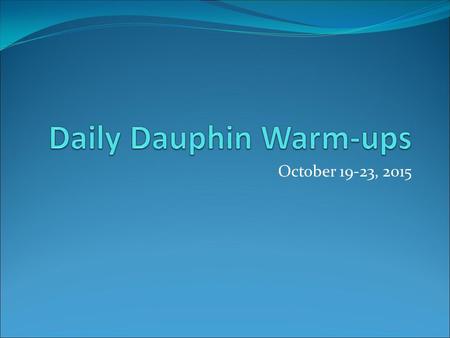 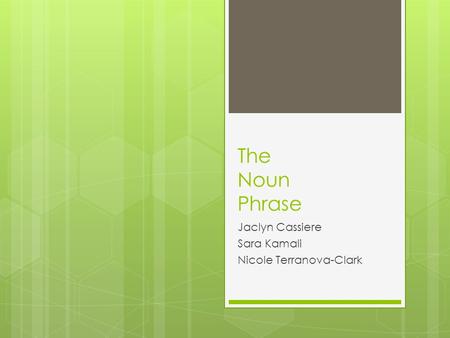 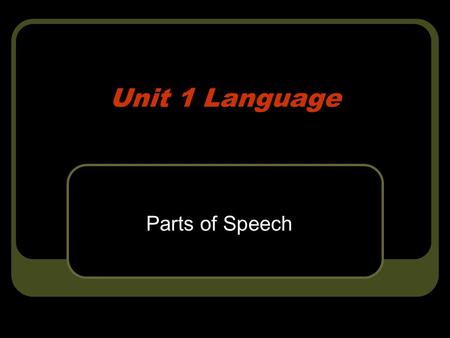 UNIT 6 Participle. What is a participle? A participle is a word formed from a verb that can function as part of a verb phrase. For example: has been Or. 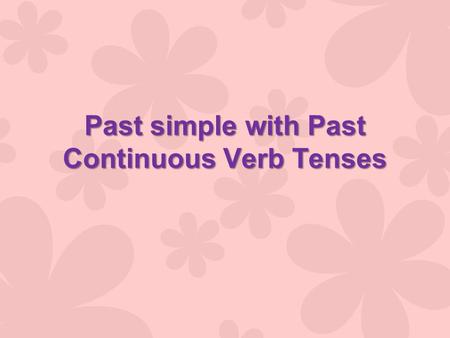 Past simple with Past Continuous Verb Tenses. Simple Past Tense Actions, events, states that started and finished in the past (…ago, last …, yesterday… 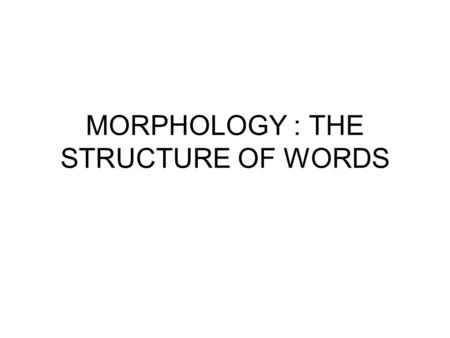 MORPHOLOGY : THE STRUCTURE OF WORDS. MORPHOLOGY Morphology deals with the syntax of complex words and parts of words, also called morphemes, as well as. 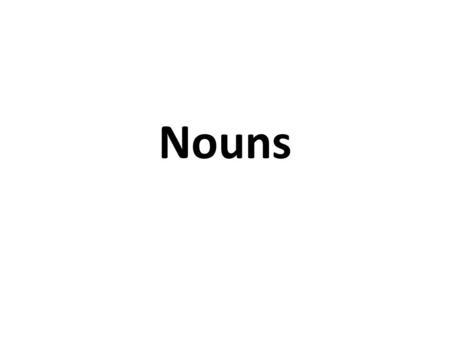 Nouns. A noun is a word that names a person, place, thing or idea. Nouns often follow words like a, an, and the. 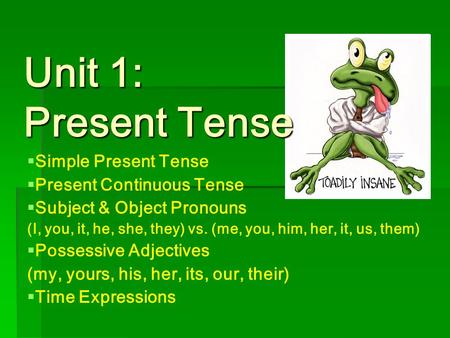