2 Place? Value? Each digit in a number has a PLACE and each digit has a VALUE based on its place. For example, the 2 in each of these numbers is in a different place and has a different value: , , ,794

4 Places & Periods PLACES are organized into PERIODS, and within each period, 3 places repeat: ONES, TENS, and HUNDREDS.

5 Places & Periods We put commas in numbers where periods end.

8 Places & Periods: Your Turn!
What digits are in the thousands period? In what period would you find the digit, 5? In what place is the digit, 4? How do we read this number? What is the value of the 2?

13 Standard Form The word, STANDARD, means “normal,” or “regular.”
So, when writing in standard form, we simply write numbers in their regular form: , ,177

14 Word Form When writing numbers in their WORD forms, we do just that: use the spelled-out word for each number: 4 = four 28 = twenty-eight 137 = one hundred thirty-seven 6,903 = six thousand, nine hundred three 42,177 = forty-two thousand, one hundred seventy-seven

15 Word Form: Rule #1 There are a couple rules to remember when writing numbers in their word forms: In 2-digit numbers over 20, we hyphenate the words: 28 = twenty-eight 36 = thirty-six 41 = forty-one 94 = ninety-four Those are HYPHENS! 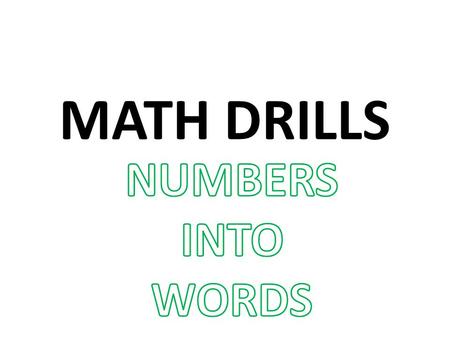 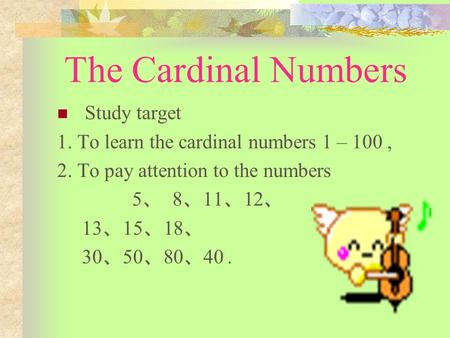 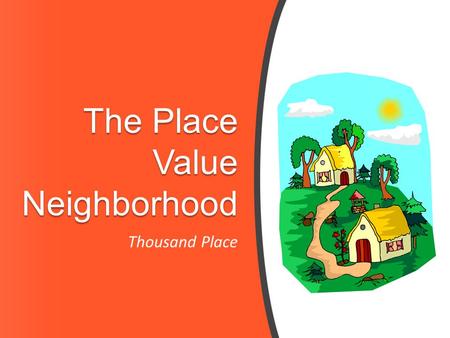 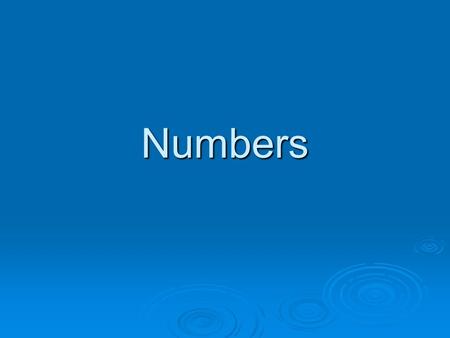 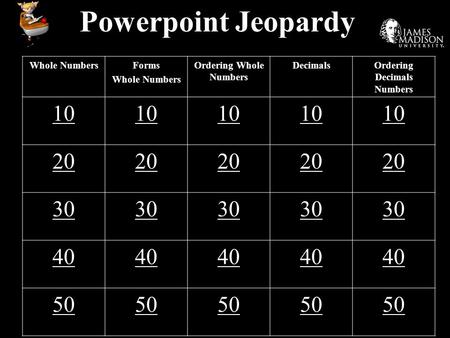 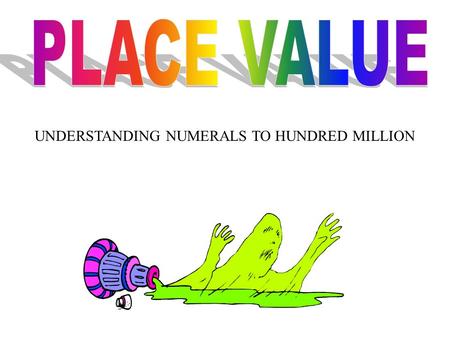 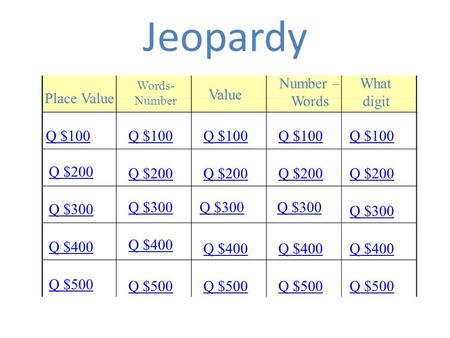 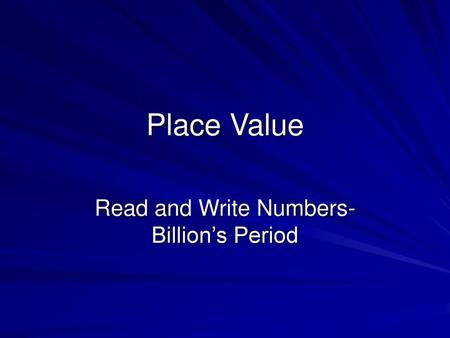 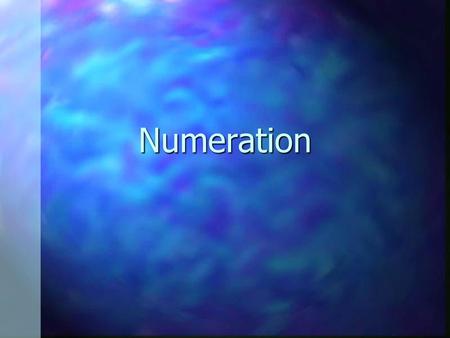 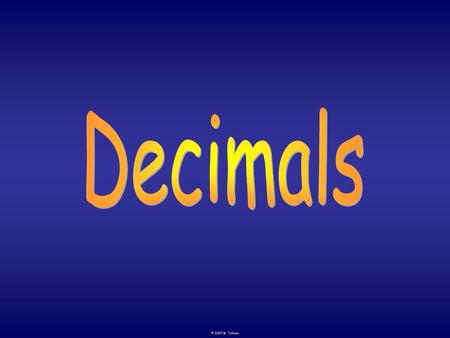 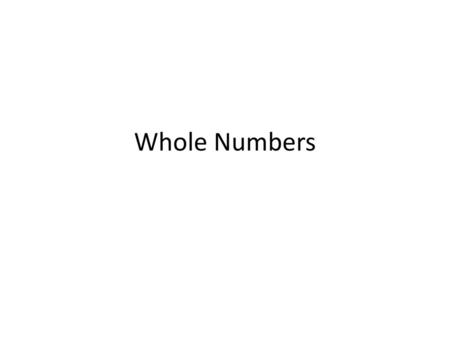 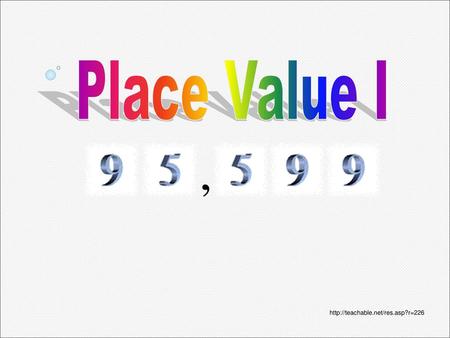 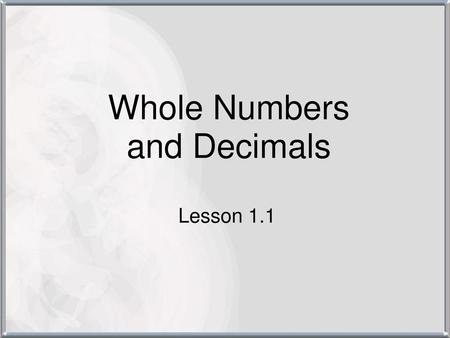 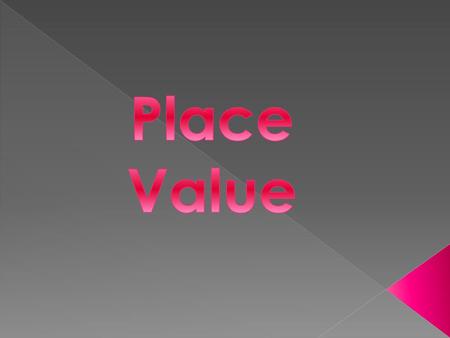 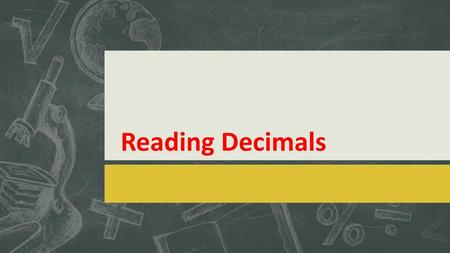 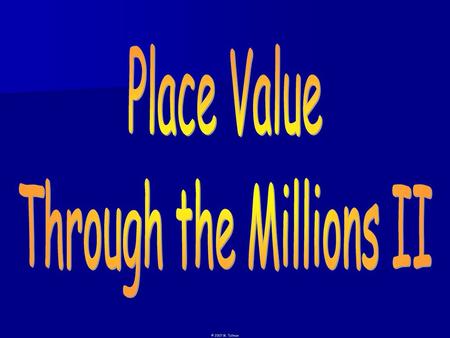 Through the Millions II 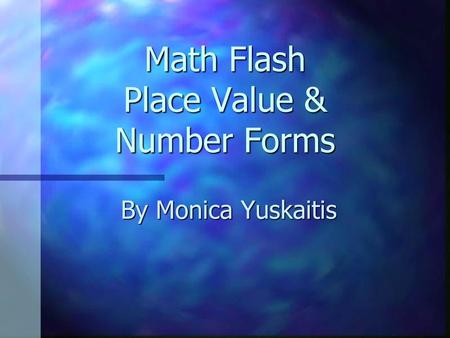 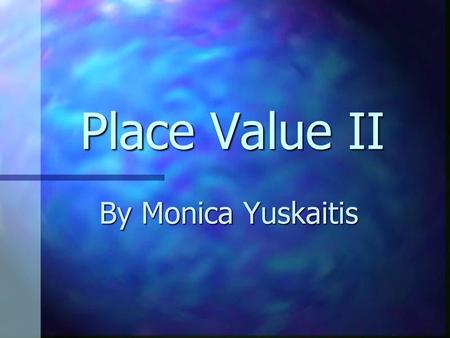 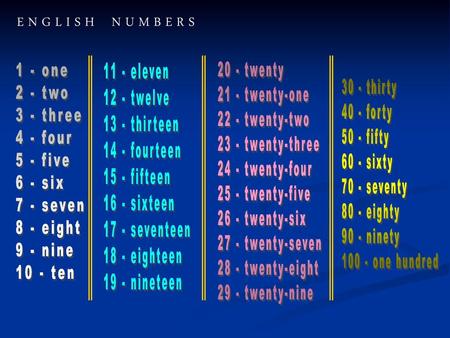 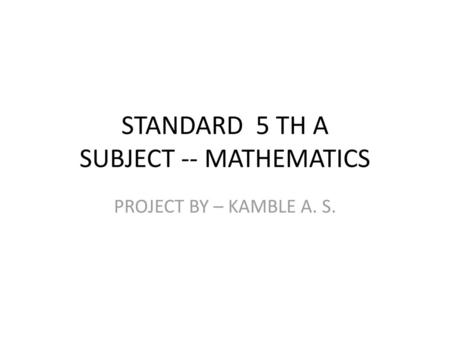