2 DEFINITION of LEADERSHIP
An interpersonal influence directed toward the achievement of goal or goals. Interpersonal Influence Goal

3 DEFINITION of LEADERSHIP
Ability of leading, guiding and directing people to accomplish certain objectives and perfectly achieve the goals of an organization. Leading Guiding Directing

4 DEFINITION of LEADERSHIP
A dynamic relationship based on a mutual influence and common purpose between leaders and collaborators in which both are moved to higher levels of motivation and moral development as they affect real, intended change. Relationship Mutual Collaborators

5 FUNCTION of LEADERSHIP
To achieve results. Measured in terms of what was intended and actually achieved. To inspire and energize workers. Encourage workers to engage in productive activity. Hard work. Leader must have energy, enthusiasm, dedication, zeal and commitment.

9 LEADERSHIP THEORIES Contingency Theories
Contingency Theories of leadership focus on particular variables related to the environment that might determine which particular style of leadership is best suited for the situation. Fiedler’s Contingency Model Fred E. Fiedler’s contingency theory postulates that there is no best way for managers to lead. Fiedler looked at three situations that could define the condition of a managerial tasks: Leader member relations: How well do the manager and the employees get along? The task structure: Is the job highly structured, fairly unstructured, or somewhere in between? Position power: How much authority does the manager possess?

11 ASPECTS of the CONTINGENCY MODEL THEORIS
Task-motivated style leader vs. relationship-oriented leader Task-motivated style leader - experience pride and satisfaction in the task accomplishment for the organization, while the relationship-motivated seeks to build interpersonal relations and extend extra help for the team development in the organization. Relationship-oriented leaders – are at their best when greater customer satisfaction is gained and a positive company image is established. Situational theories Hersey-Blanchard Situational Leadership Theory – is based on the amount of direction (task behavior) and amount of socio-emotional support (relationship behavior) a leader must provide given the situation and the “level of maturity” of the follower. Task Behavior - is the extent to which the leader engages in spelling out the duties and responsibilities to an individual or workgroup. Relationship Behavior – is the extent to which the leader engages in two-way or multi-way communication. Maturity –is the willingness and ability of a person to take responsibility for directing his or her own behavior.

12 ASPECTS of the CONTINGENCY MODEL THEORIS
Behavioral Theories Behavioral theories of leadership - are based upon the belief that great leaders are made, not born. -these theories propose that specific behaviors differentiate leaders Behavioral theorists – identified determinants of leadership so that people could be trained to be leaders. Theory X and Theory Y - Theory X and Theory Y each represent different ways in which leaders view employees Theory X – Is the traditional view of direction and control by managers Theory Y – is the view that individual and organizational goals can be integrated.

13 Theory X and Theory Y Theory X Theory Y Assumption
Theory X Theory Y Assumption Humans inherently dislike working and will try to avoid it if they can. Because people dislike work they have to be coerced or controlled by management and threatened so they work hard enough. Average employees want to be directed. Average human are clear and unambiguous and need security at work. People view work as being as natural as play and rest. Provided people are motivated, they will be self-directing to the aims of the organization. Job satisfaction is the key to engaging employees and ensuring their commitment. People learn to accept and seek responsibility. People are imaginative and creative. Application Shop Floor, Mass Manufacturing – Production Worker Professional Service, Knowledge Workers – Managers and Professionals Conductive to Large scale efficient operations Management of professionals, Participative complex problem solving Management Style Authoritarian, hard Management Participative, Soft Management

14 ASPECTS of the CONTINGENCY MODEL THEORIS
Participative theories - suggest that the ideal leadership style is one that takes the input of others into account. Management theories - a.k.a. Transactional theories, focus on the supervision, organization, and group performance. Relationship theories - a.k.a. Transformational theories, focus upon the connections formed between leaders and followers. It blends the behavioral theories with a little bit of trait theories. 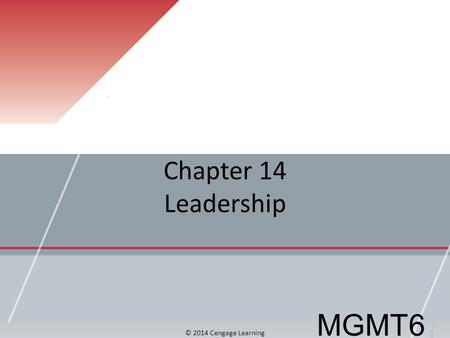 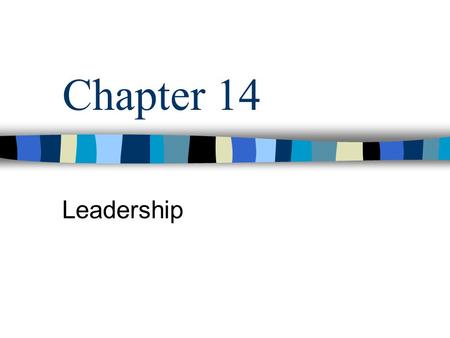 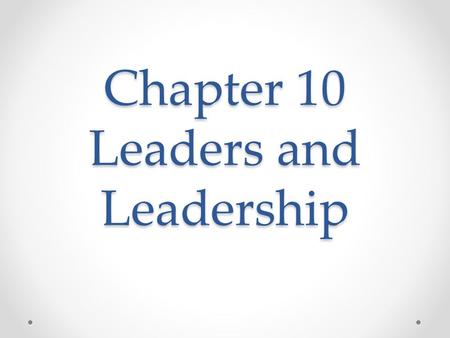 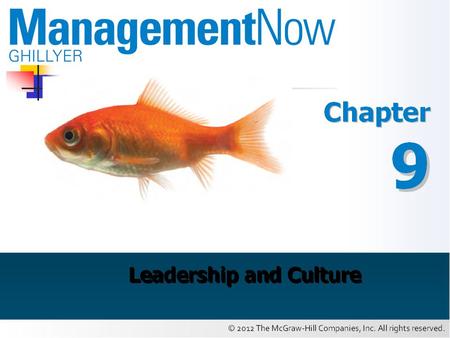 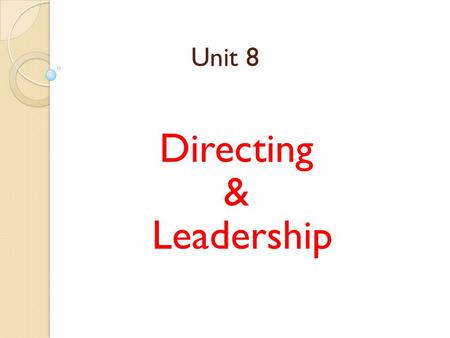 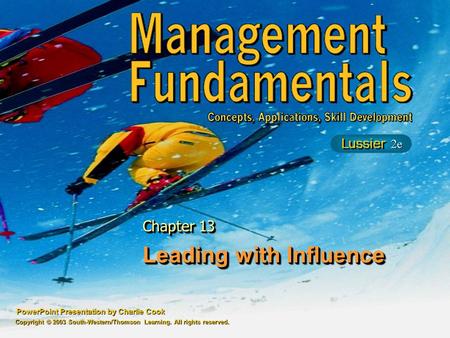 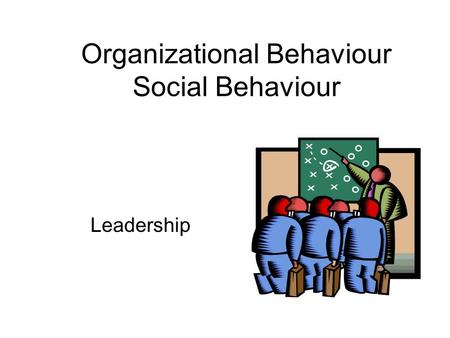 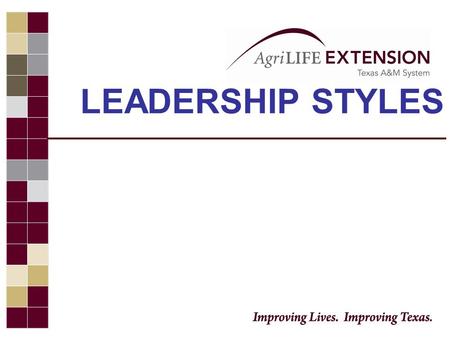 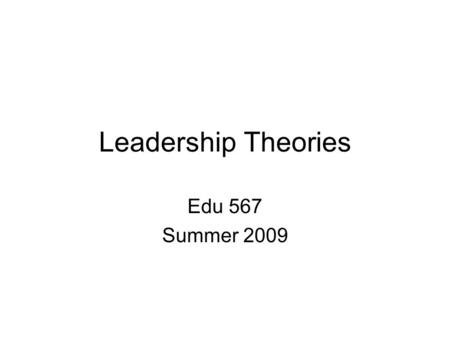 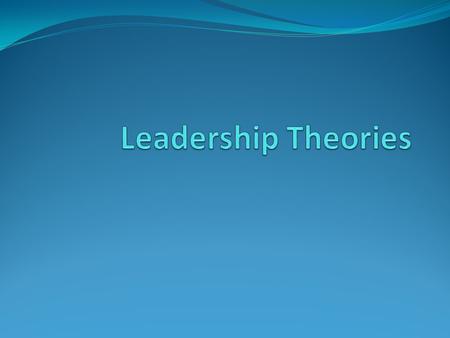 People have long been interested in leadership throughout human history, but it has only been relatively recently that a number of formal leadership theories. 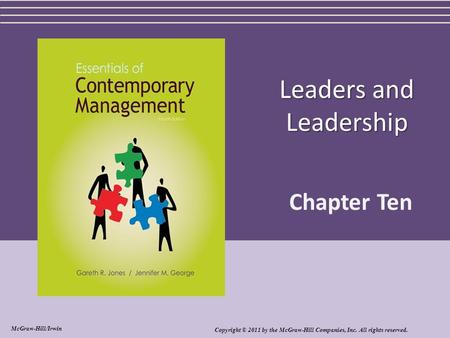 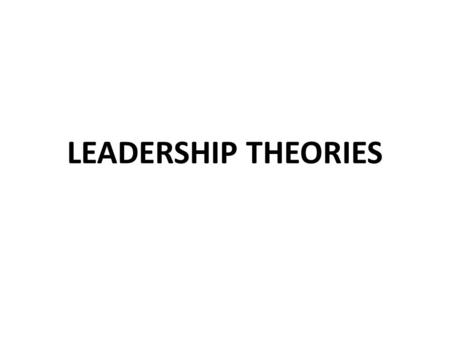 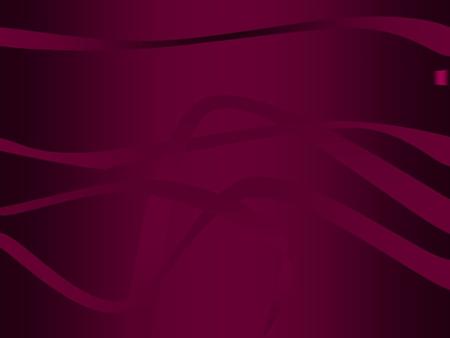 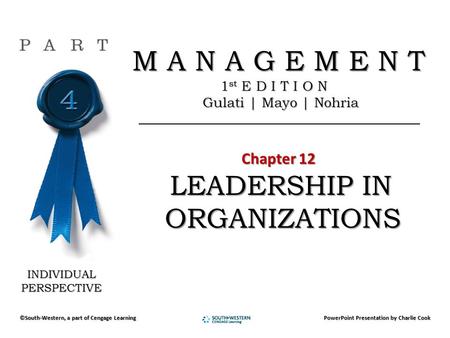 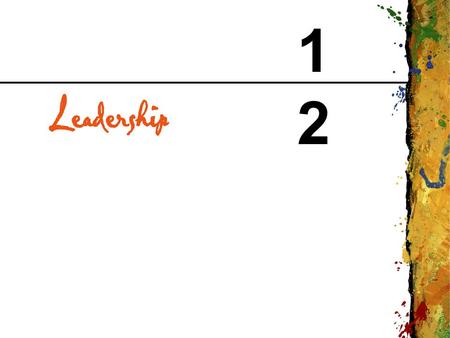 1212. CHAPTER 12 Leadership Copyright © 1999 Addison Wesley Longman 2 Leadership - Key Terms Leadership: The exercise of influence by one member of a. 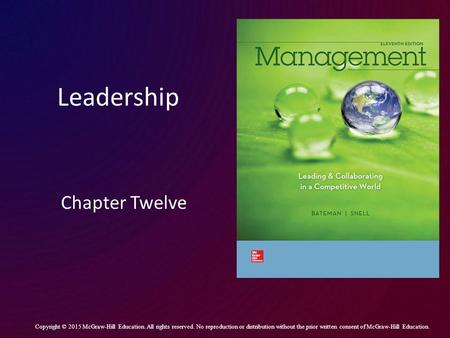 Leadership Chapter Twelve Copyright © 2015 McGraw-Hill Education. All rights reserved. No reproduction or distribution without the prior written consent. 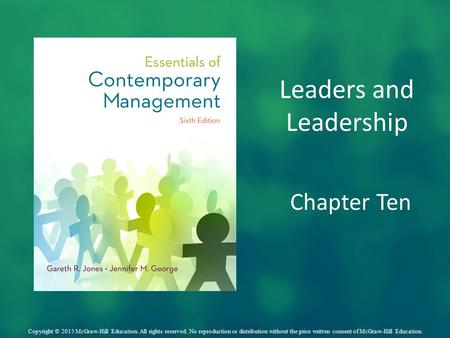 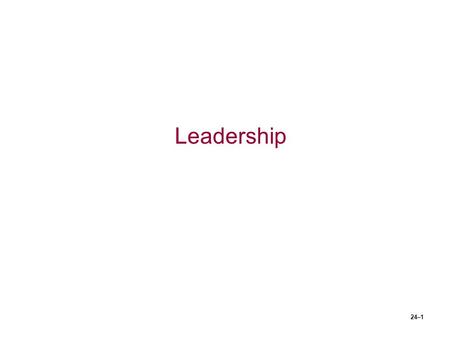