Modification of legs in insects

1 Modification of legs in insects

2 Structure of typical insect legs
Consist of 5 segments namely Coxa , trochanter, femur , tibia and tarsus . Tarsus consist of 1-5 small segments called tarsomeres. Last tarsomere bears a pair of claws A pad between the claws is called Arolium Pads at the base of claws are called pulvilli

3 While the legs are normally adapted for walking many insects have them modified for variety of functions. Various modifications are Saltatorial legs –Hind legs adapted for leaping of jumping . The femur is greatly enlarged giving articulation for large muscles of tibia which are used in jumping occur in Grasshopper , Cricket

4 Raptorial :- Forelegs are modified for grasping the prey
Occur in praying mantis

5 Scansorial The legs of louse are modified for clinging the tibia being stout and bearing at one end a thumb like process with a distal tarsal segment and a curved pretarsal claw . While grasping the body , tarsus and pretarsus work against the thumb

6 Natatorial The hind legs are adapted for swimming.
Femur, tibia and Ist foretarsal segment are broad and flat with dense flat setae serving as oars Occur in aquatic beetles

9 Fossorial Stout , spade like legs for digging in ground
Occur in mole cricket 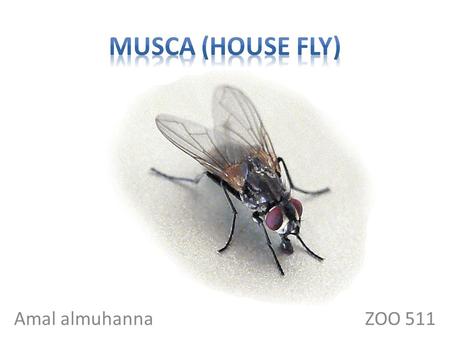 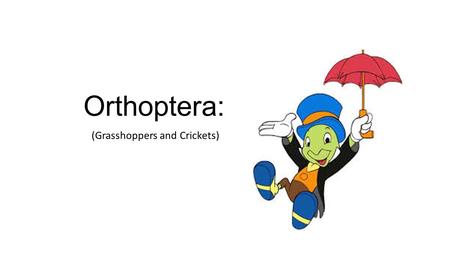 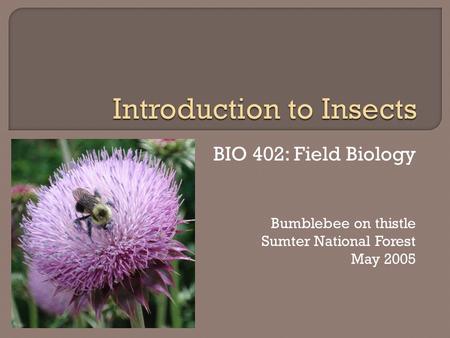 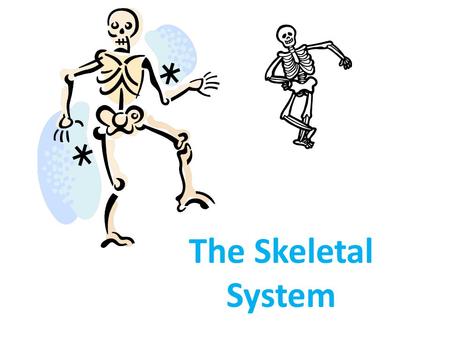 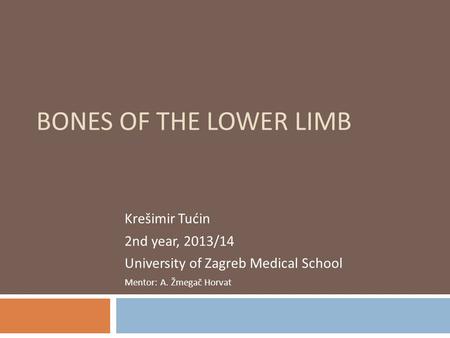 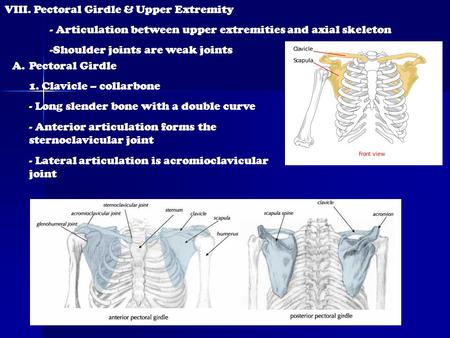 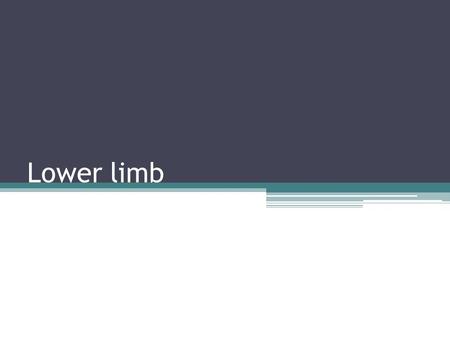 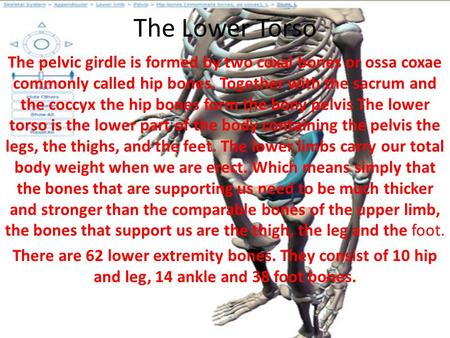 The Lower Torso The pelvic girdle is formed by two coxal bones or ossa coxae commonly called hip bones. Together with the sacrum and the coccyx the hip. 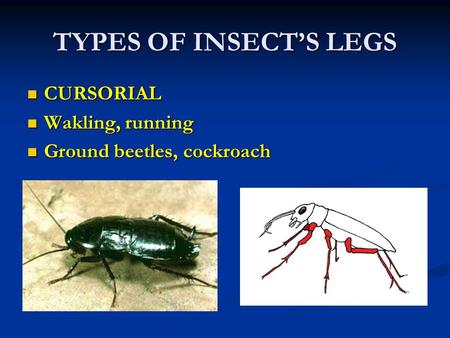 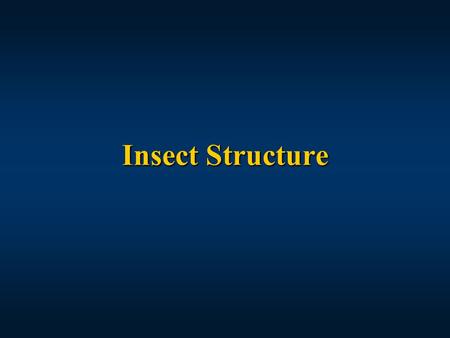 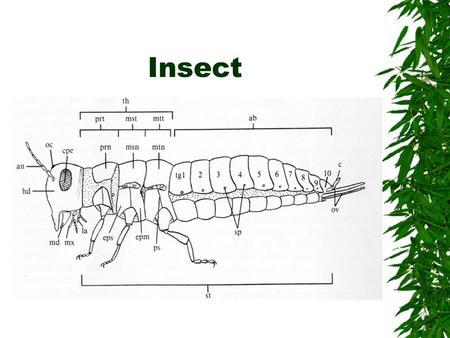 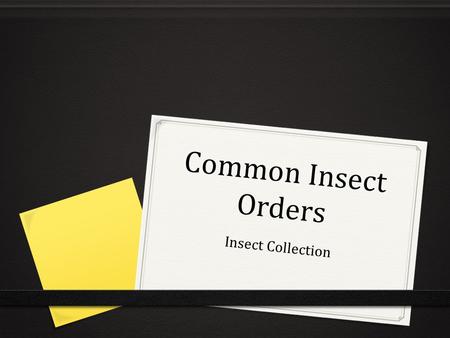 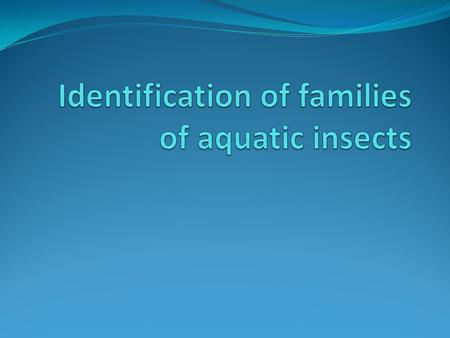 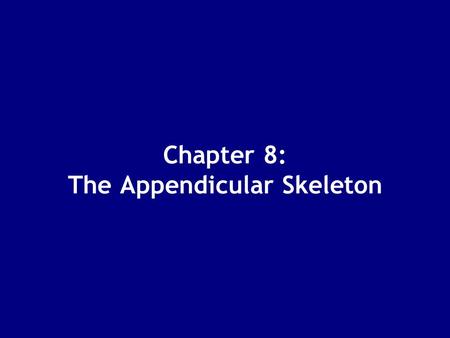 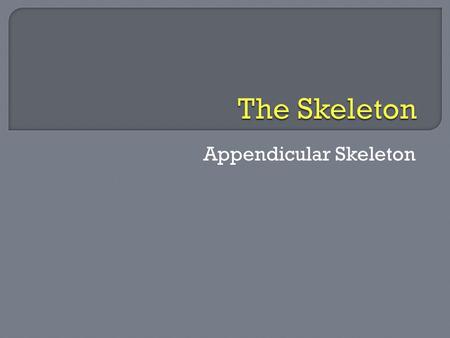 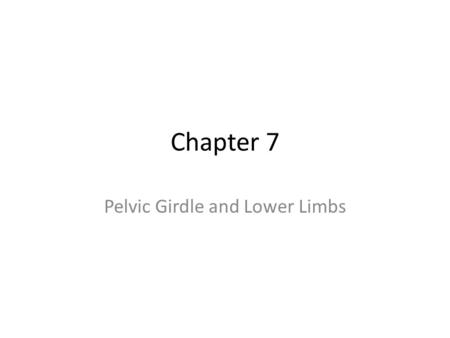 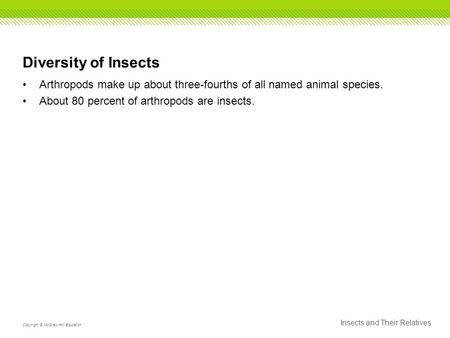 Diversity of Insects Arthropods make up about three-fourths of all named animal species. About 80 percent of arthropods are insects. Insects and Their. 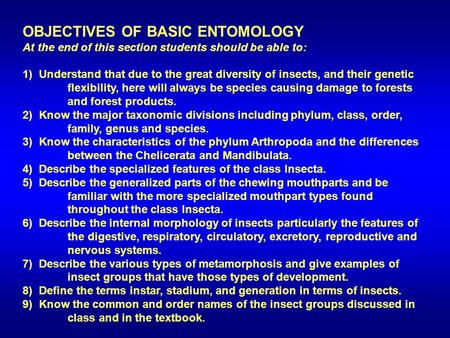 OBJECTIVES OF BASIC ENTOMOLOGY At the end of this section students should be able to: 1) Understand that due to the great diversity of insects, and their. 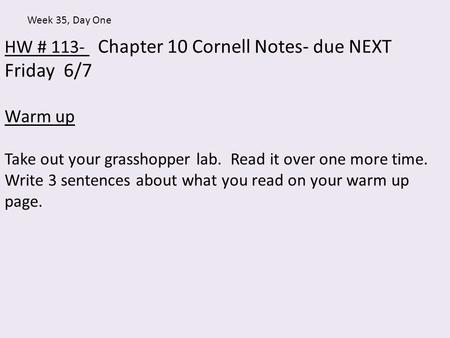 HW # 113- Chapter 10 Cornell Notes- due NEXT Friday 6/7 Warm up Take out your grasshopper lab. Read it over one more time. Write 3 sentences about what. 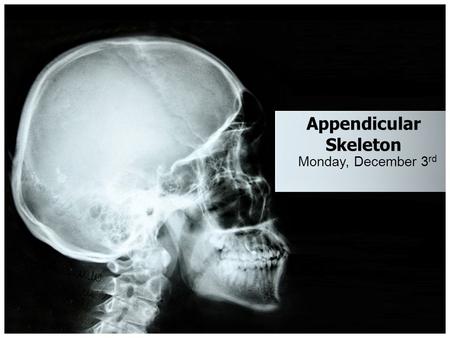