16 Local Control continued
Two approaches investigated:: Modal damping: convert 24 DOF MIMO into 24 DOF SISO systems. Each system can be damped independently with a relatively simple filter. Since there are sensors only at the top mass, an estimator is needed to fully reconstruct the dynamics. See below for response in X direction. Multimode damping: extension of the GEO damping scheme. Up to 4 modes per coordinate are damped with a single controller. Gain and phase adjusted for aggressive filtering above the resonances. Method more tolerant of parameter variations. Likely to use modal damping in X for shorter decay time, multimode for other DOFs. Eddy current damping was also considered as supplement: full damping by ECD introduces too much thermal noise. From Strain and Shapiro, submitted to Rev. Sci. Instrum.

18 Hierarchical Global Control
If each stage’s input is the output of the previous stage, any feedback change is automatically registered by the rest of the loop. The stability at each stage is independent from the others. ITM ETM

23 Current Status Assembly and installation:
2 full quads with monolithic stages assembled at LHO: one (ITM) installed in chamber, the second (ETM) due for installation early March. These will be used for single arm test. A further 6 assembled and tested in metal form, and sub-assemblies of all the others Total = 12 plus spares. Next installation due at LLO early summer, two ITMs for short Michelson tests.

27 Conclusions The assembly and installation of the quadruple suspensions for the test masses in Advanced LIGO are well underway. The procedures for assembly, including the monolithic elements, alignment, testing and installation are well understood. The mechanical model of the dynamics of the suspensions is well understood. The measurements of mode frequencies, transfer functions and damping (local control) fit the model well. We look forward to the first operation of two quad suspensions in a long cavity which will start soon at LHO. 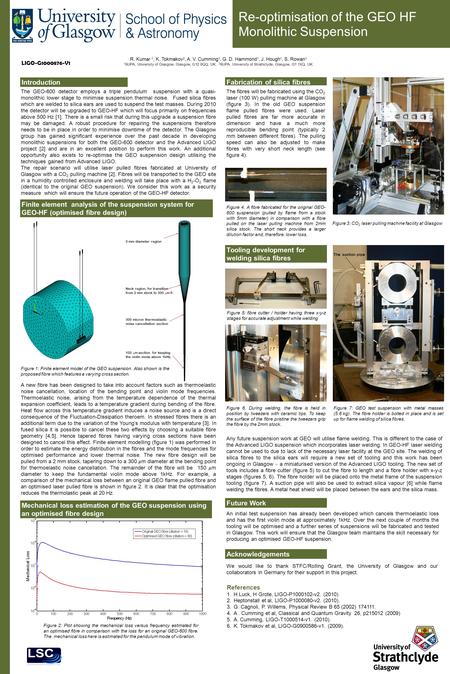 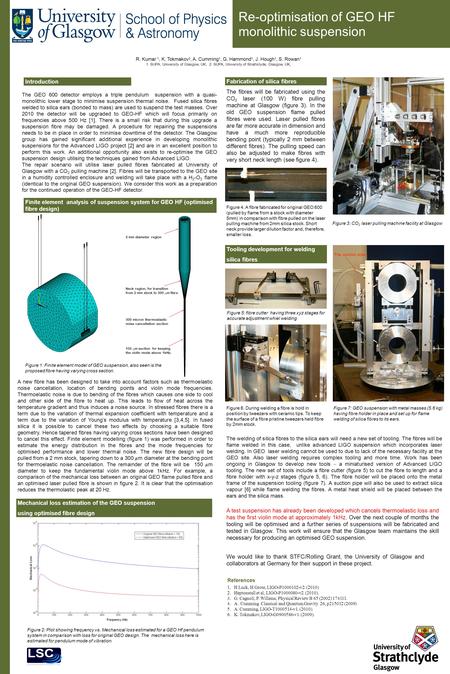 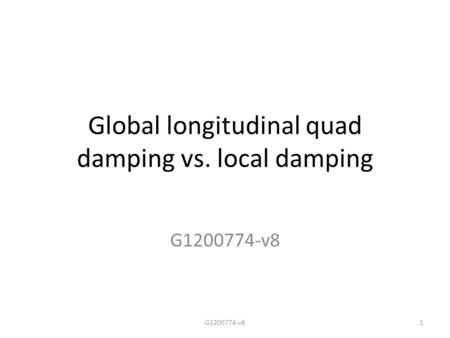 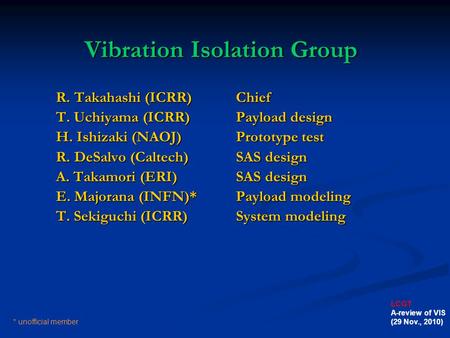 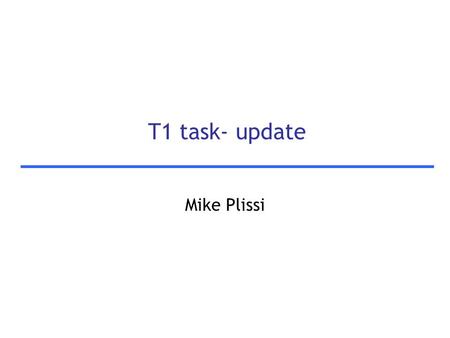 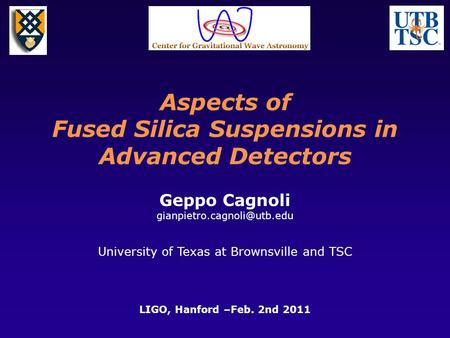 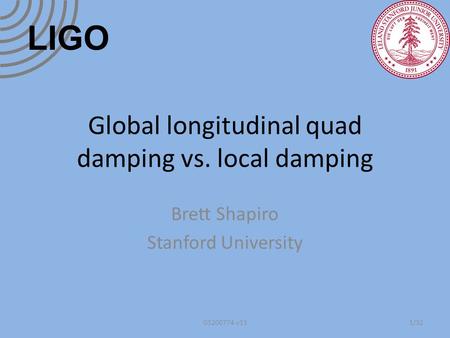 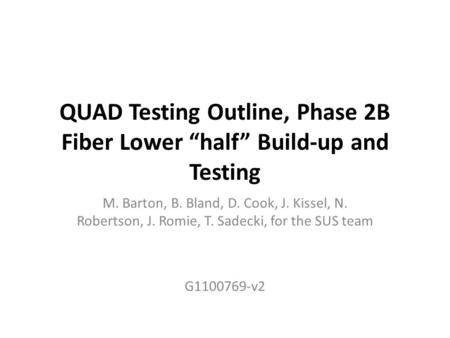 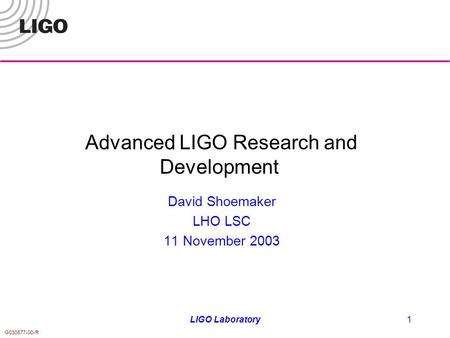 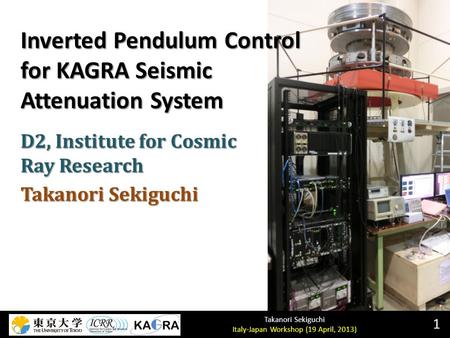 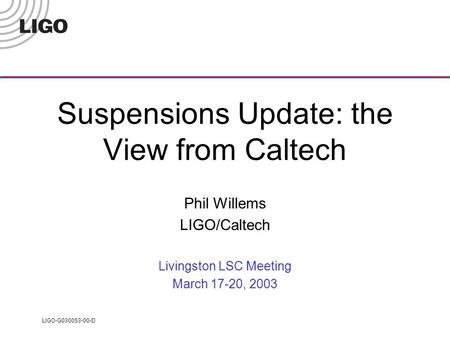 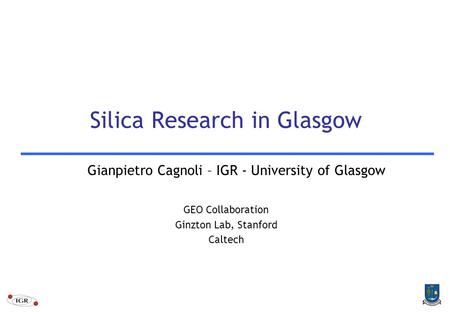 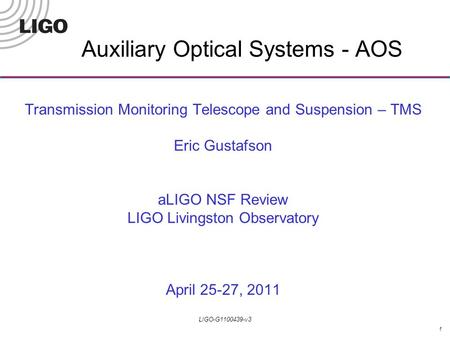 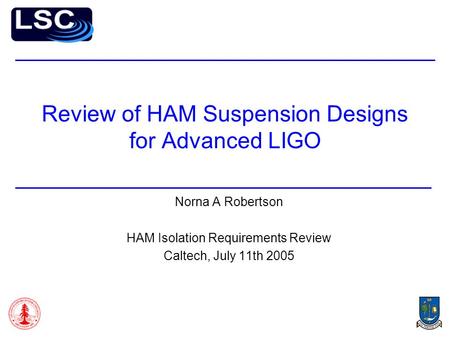 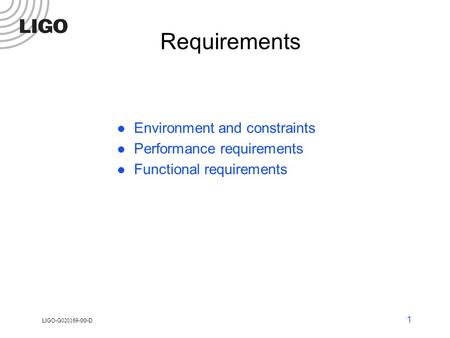 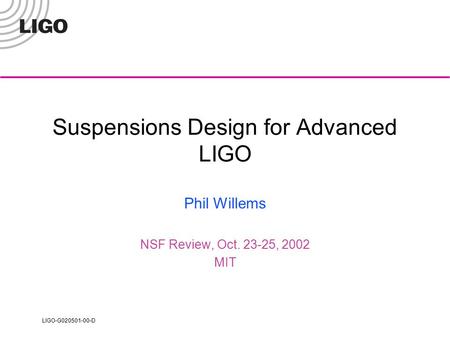 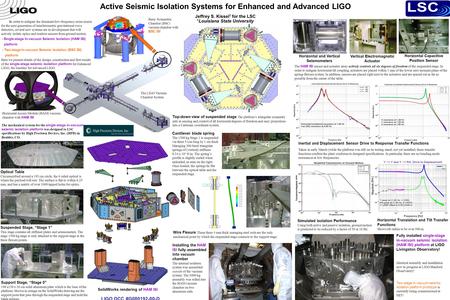 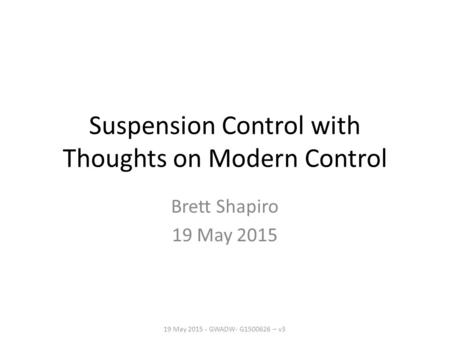 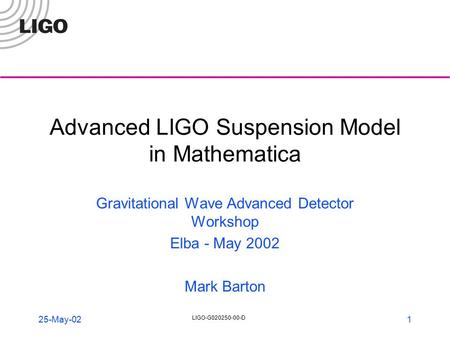 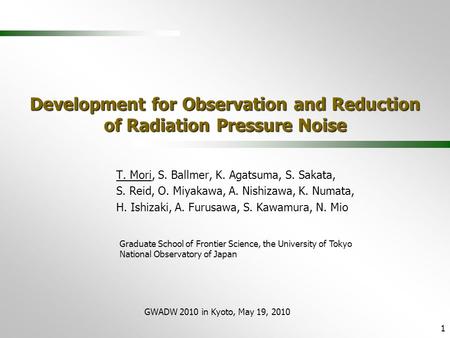