5 Dowling-Degos Disease
DDD is a late-onset genodermatosis, occurring usually in adulthood, with the appearance of hyperpigmented macules. The onset of the disease - a rare genodermatosis of autosomal dominant transmission with variable penetrance - usually occurs in the third or fourth decade of life. It is also referred to as 'Dark Dot Disease'.  It affects predominantly women in a ratio of 2:1 and has no race predilection. The pigmentation gradually increases over time. The disease initially affects the armpits and groin and later the intergluteal, inframammary regions and the neck and trunk. Pruritus in the folds may be reported. Over time comedo-like lesions also appear on the back and neck, and perioral cribriform scars and follicular cysts. The disease has been associated with Hidradenitis Suppurativa (HS), also known as 'Acne Inversa', and multiple keratoacanthomas, perhaps because DDD causes a defect in the pilo sebaceous epithelial proliferation.  .

6 Dowling-Degos Disease
The disease is characterized by acquired reticulated skin hyperpigmentation, which begins in the armpits, groin and later spreads to other skin folds. It can affect (although more uncommonly), the wrist, the antecubital and popliteal space, the face, scalp, scrotum and vulva .  Some patients complain of itching in the macula. These lesions do not change with sun exposure. Comedo-type black lesions on the face, back and in the same areas described above can also be observed , as well as cribriform scars and perioral acne in patients with no history of acne. Other features may be present such as mental retardation and pilar cyst.  While at the benign stage the disease shows no inflammatory phenomena, it is nevertheless very unsightly

7 (b) Close-up of the left axilla.
Dowling-Degos Disease with Asymmetrical Axillary Distribution and No KRT 5 Exon 1 Mutation Acta Dermato0venereologica, 2OO7 a) Multiple, small brown macules and papules in reticular distribution localized on the axilla. The lesion on the left side was more pronounced than that on the right. (b) Close-up of the left axilla. . Histopathological picture showing irregular elongation of rete ridges and basal pigmentation

8 Dowling-Degos Disease involving the vulva and back Dermatology Online Journal 17 (7): 1

9   Dowling-Degos Disease involving the vulva and back Vulvar biopsy: The epidermis shows thin elongated, branching rete ridges that contain dense pigmentation in the lower one third. Scattered melanophages are present in the upper dermis. There is mild hyperkeratosis overlying the epidermis. Dermatology Online Journal 17 (7): 1

10 Dowling-Degos Disease involving the vulva and back The histology is distinctive with marked, heavily pigmented, slender, and often branched, elongation of the rete ridges Perianal biopsy: A small keratin cyst is present within one of the rete ridges Dermatology Online Journal 17 (7): 1

12 Dowling-Degos Disease
3. Reduced pigmentation These are small flat spots (macular) or raised (papular) spots that are paler than the normal skin. 4. Comedones These are blackhead-like spots most often found on the neck. 5. Scars These are pitted acne-like scars most often occurring on the chin. Associated disorders with Dowling-Degos disease @ Hidradenitis suppurativa has been reported in association with Dowling-Degos disease more often than would be expected by chance. Thus patients with Dowling-Degos disease are more likely to also have hidradenitis suppurativa. Other conditions of uncertain relevance have been rarely reported in association with classic Dowling-Degos disease: @ Squamous cell carcinomas and keratoacanthomas Abnormalities of skin appendages such as nail dystrophy and absence of vellus hair. @ Seborrhoeic keratoses @ Epidermoid or trichilemmal cysts . Diagnosis of Dowling-Degos disease The diagnosis is made on the clinical features and confirmed on skin biopsy. There are two histological (pathological) variants: Classic Dowling-Degos disease – the epidermis shows elongated branched (antler-like) rete ridges with increased melanin pigmentation at the tips. There is no increase in melanocyte number. Galli-Galli disease – in addition to the above features, there is also acantholysis (separated skin cells) with overlying parakeratosis (horny layer cells retaining their nuclei

17 Dowling-Degos Disease
A) The epidermal down growths showed a misinform or antler-like pattern with irregular elongation of the rete ridges in the lesion (H&E, ×100). (B) There is increased melanin pigment at the tips of the epidermis (H&E, ×200). (C) There is increased pigmentation of the rete ridges on Fontana-Masson staining (Fontana-Masson, ×200). (D) Compared with perilesional normal skin, the S100 protein staining reveals no increase in the number of melanocytes (S100 protein, ×200).

18 Dowling-Degos Disease
Histopathological findings of DDD include moderate orthokeratosis or hyperkeratosis, thinning of the suprapapillary epithelium and elongation of the papillae with basal layer hyperpigmentation. These threadlike growths of the epidermis have the appearance of "antlers" and generally involve the follicle with a follicular plug. A perivascular lymphohistiocytic infiltrate in the papillary dermis and pseudo-horny cysts can also be observed. Staining for S100 does not generally show increased numbers of melanocytes, suggesting that the pigment does not arise from increased density of melanocytes.

29 Dowling-Degos disease and malignant melanoma: Association I J D V L ,2015 : 81 : 6 : 627
A] Multiple grouped shiny skin-colored to erythematous nodules and plaques on the left side of the scrotum with adjacent papules and nodules. b) Face showing discrete, hyperpigmented macules on the forehead. Pitted scars prominent on the nose, perinasal and perioral regions. (c) Brown hyperpigmented macules in the right axilla

32 Dowling-Degos Disease
Some authors refer to Acropigmentation of Kitamura, and Galli-Galli disease as differential diagnoses of DDD.  @Reticulate Acropigmentation of Kitamura (RAPK) is a sporadic autosomal dominant disease of unknown origin. It prevails in Japan, but has been observed worldwide. Its clinical features consist of hyperpigmented atrophic macules on the backs of the hands and feet. Its onset is in childhood. The lesions darken with time and worsen with sun exposure. Pitting on the palms and soles and dorsa of the fingers can also be found. .  @Galli-Galli disease is an acantholytic variant of Dowling-Degos disease which presents in people aged between 15 and 5o While the mechanism of acantholysis is unknown authors have suggested that it results from of loss of epidermal cell stability due to a keratin 5 defect. Clinical symptoms include the presence of hyperpigmentation of the flexures together with itching, and sometimes with erythematous, scaly papules on these sites as well as on the trunk and proximal extremities. The histopathology resembles that of DDD, but with foci of acantholysis. Another differential diagnosis with Galli-Galli disease would be epidermolysis bullosa with mottled pigmentation, although this disease has other additional features such as blisters and palmoplantar hyperkeratosis. Treatment usually consists of topical steroids and retinoids, with little success.  @DDD must also be differentiated from acanthosis nigricans which also shows a predilection for skin folds, but with the emergence of velvety plaques. Histopathologically the papillae are less elongated and without follicular involvement. Patients with neurofibromatosis may also have freckle-like (ephelides) lesions in the armpits, but this disease is easily distinguished from DDD.  No other complementary examination exists to aid diagnosis of DDD apart from a typical histopathologic examination associated with compatible clinical features, as we did in this case

33 Dowling-Degos Disease
A variety of treatments can be tried but with unsatisfactory outcomes: topical hydroquinone, tretinoin, adapalene and corticosteroids, as well as Er:YAG lasers. Isotretinoin would be an option since it produces an alteration in the pattern of keratinization, 20mg/day of oral and topical isotretinoin.

34 Reticulate acropigmentation of Kitamura Dermatology Online Journal 14 (8): 7
RAPK was first described in Japan: about 100 cases have been reported, mostly in Asian ethnic groups. The characteristic presentation of RAPK is as pigmented, angulated, irregular freckle-like lesions with atrophy on the surface, arranged in a reticular pattern on the dorsa of the hands and feet. The lesions usually start in the first and second decades of life and gradually extend onto the extremities and rarely on the face and eyelids. The lesions usually slowly darken over time . Sunlight may aggrevate the condition. Pits and breaks in the dermatoglyphics are found on the palms, soles and dorsal phalangeal surfaces . Histopathological examination classically shows epidermal atrophy associated with club-like elongation of the rete ridges and an excess of melanin in the basal layer . The differential diagnosis of RAPK include diseases presenting with reticulated or punctate hyperpigmentation like dyskeratosis congenita, dyschromatosis universalis herediteria, Franceschetti-Jadassohn's syndrome, dermatopathia pigmentosa reticularis, acropigmentation of Dohi (RAD) and Dowling-Degos Disease (DDD) . RAD is also an acral type of dyschromatosis (dyschromatosis symmetrica herediteria) that usually starts in infancy or early childhood as hypopigmented and hyperpigmented macules over the dorsa of the hands and feet. The differentiation between RAD and RAPK is based on clinical and histological findings. In RAPK there are usually no hypopigmented macules and histologically there is epidermal atrophy and increase in the number of basal melanocytes. DDD is also an autosomal dominant pigmented skin disorder characterized by reticular hyperpigmentation on flexor areas such as the neck, axilla, antecubital fossa, submammary area and groin. Dark comedo-like lesions and pitted perioral acneiform scars may be present. Rarely hypopigmented macules or papules are observed. Histologically there are pigmented filiform epidermal projections involving the follicular infundibulum as well as the epidermis

35 Variants of Dowling-Degos disease
There have been a number of case reports describing patients with overlapping features between classic Dowling-Degos disease and the following conditions, but these are now thought to be variants of Dowling-Degos disease. @ Kitamura reticulate acropigmentation Kitamura reticulate acropigmentation tends to first appear in childhood or adolescence as: Dark freckled pigmentation on the backs of the hands and tops of feet Palmar pits Discontinuity of the fingerprint lines Epidermoid cysts Flat (macular) or raised (papular) spots with reduced or absent pigment @ Gali & Gali disease Acantholytic variant of Dowling Degos disease .Galli-Galli disease is a benign but very pruritic and unaesthetic genodermatosis. Its mode of inheritance is believed to be autosomal dominant with variable penetrance, but it can occur sporadically , as in our patient. As with DDD it is believed to be linked to mutations in the KRT5 gene . Clinically it is characterized by reticulated hyperpigmentation predominantly affecting the flexures along with pruritic, erythematous, scaly papules, similar to the DDD. Histopathologic examination reveals digitiform elongation of the rete ridges seen in DDD, together with suprabasal focal acantholysis  . @ Symmetrical acropigmentation of Dohi Symmetrical acropigmentation of Dohi starts to appear in infancy or early childhood as pinpoint to pea sized flat (macular) spots of increased and decreased pigmentation on the backs of the hands.

36 Galli-Galli Disease: A Rare Acantholytic Variant of Dowling-Degos Disease Case Reports in Medicine Volume 2011 (2011) Galli-Galli disease (GGD) is a very rare variant of the Dowling-Degos disease (DDD) with the histologic finding of focal acantholysis. Photo: A, B

37 Galli-Galli Disease: A Rare Acantholytic Variant of Dowling-Degos Disease Case Reports in Medicine Volume 2011 (2011) Hematoxylin and eosin. (a) Discrete hyperkeratosis, elongated rete ridges with digitiform projections, and focal acantholysis with formation of linear clefts. Presence of mixed dermal inflammatory infiltrate. (b) Dyskeratotic cells in the interior of a acantholytic cleft. (c) and (d) Digitiform elongation of the rete ridges, with hyperpigmentation of the basal layer confined to the tips of the rete ridges. Suprabasal Photo: C, D

44 A case of reticulate acropigmentation of Kitamura: Dowling Degos disease overlap with unusual clinical manifestations I L Derm2014   : 59 : 3   : 290- Histopathology of skin lesions: (a) Biopsy from axillary lesion demonstrating filiform elongation of the rete ridges, hyperpigmentation of basilar keratinocytes, and clusters of melanocytes at the tip of the rete ridges along with follicular plugging (H and E, ×10) (b) High-power view of the same (H and E, ×40) (c) Melan-A staining demonstrating the increased melanocytes (×40) (d) Biopsy from hypopigmented macules showing reduced number of melanocytes (H and E, ×40) 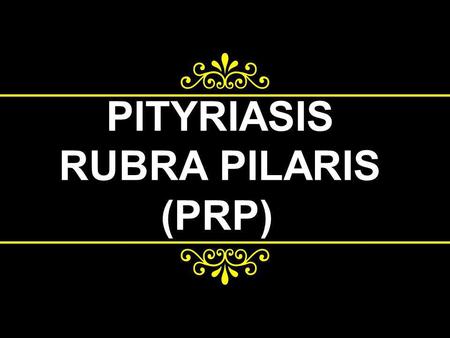 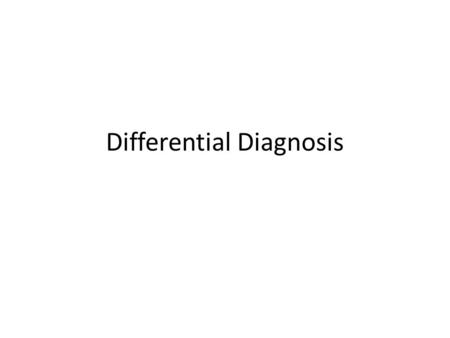 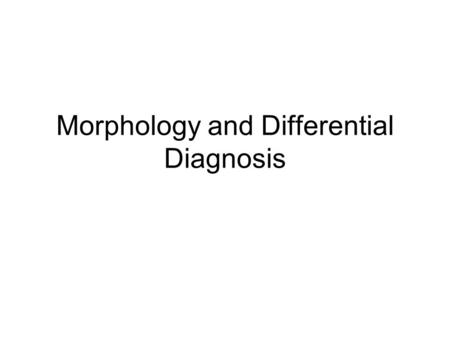 Morphology and Differential Diagnosis. Welcome to Dermatology! No matter what area of medicine or surgery you pursue, you will get skin related questions. 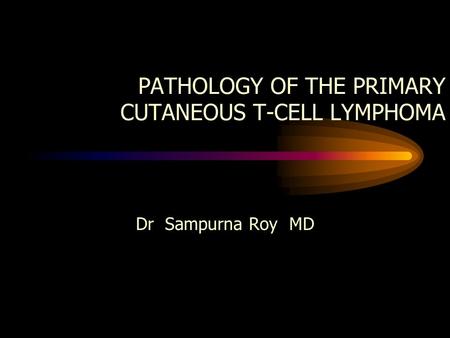 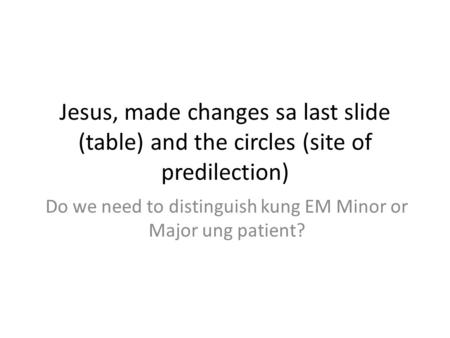 Do we need to distinguish kung EM Minor or Major ung patient? 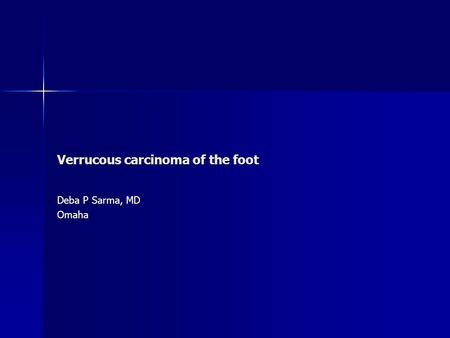 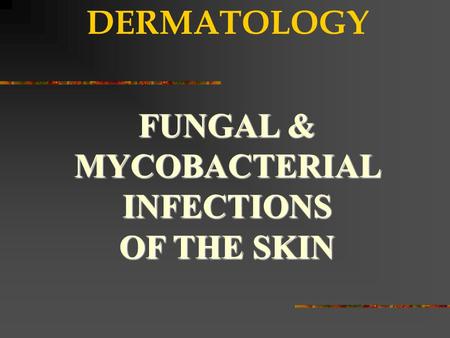 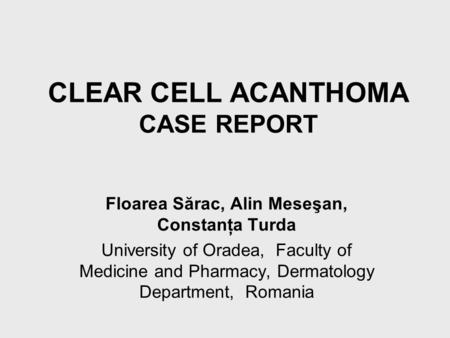 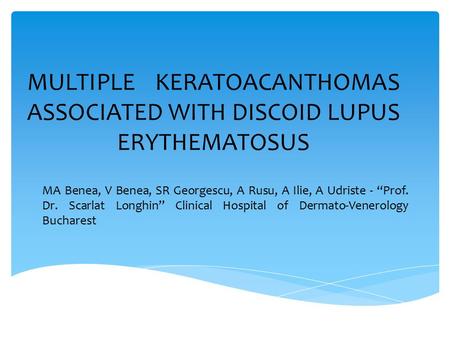 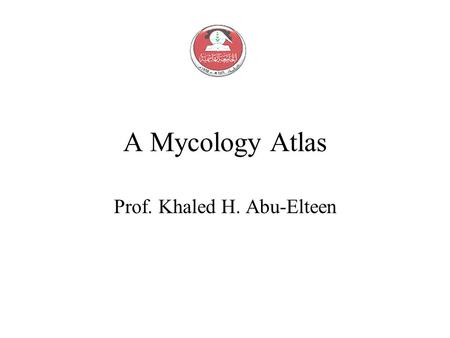 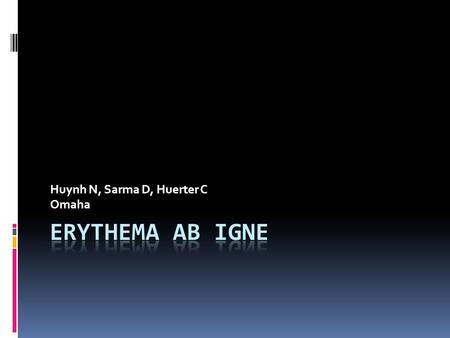 Huynh N, Sarma D, Huerter C Omaha. F 53 - Discolored skin over right thigh extending down to the calf for “many months.” - No exposure to heating ducts. 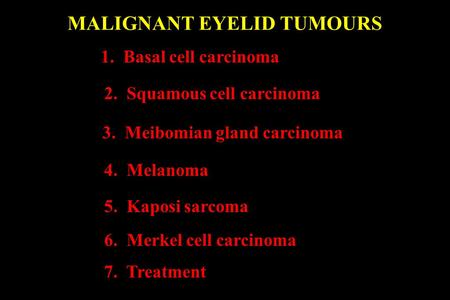 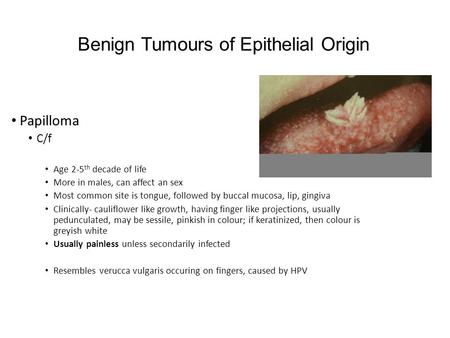 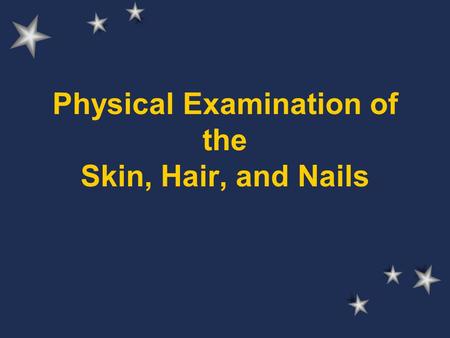 Physical Examination of the Skin, Hair, and Nails. 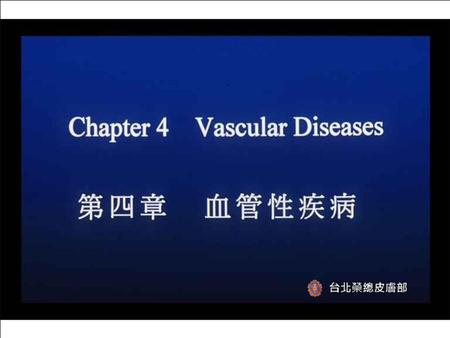 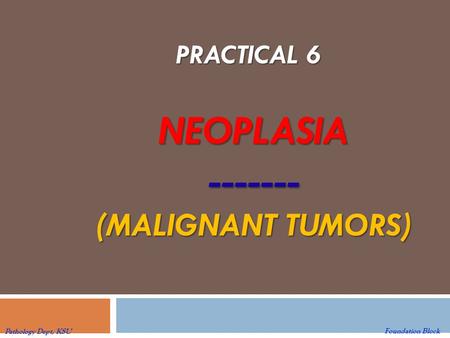 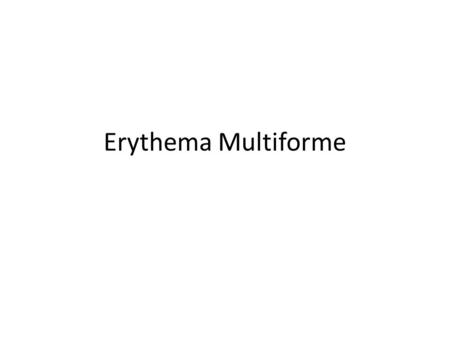 Erythema Multiforme. EM minor & EM with mucosal involvement Self-limited, recurrent disease, usually in young adults No or only a mild prodrome (1 to. 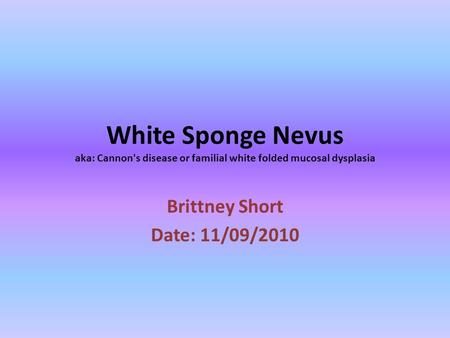 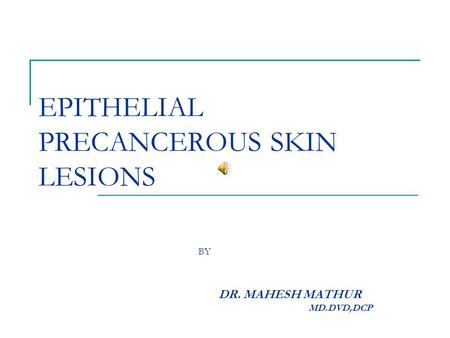 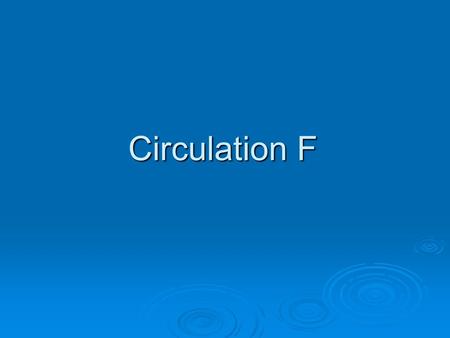