Congressional Leadership House of Representatives SPEAKER OF THE HOUSE – John Boehner (R)-OH – Most important position in Congress – Presides over House.

14 Congress Committee Leaders – Each house has committees on different areas of interest – Leaders are experts in their field and mainly based on seniority – In house, the Speaker chooses the leaders Kent Conrad (D) - ND Senate Budget Committee Hal Rogers (R) - KY House Appropriations

17 The Committees at Work: Legislation and Oversight – Legislation Committees work on the 11,000 bills every session Some hold hearings and “mark up” meetings – Legislative oversight Monitoring of the bureaucracy and its administration of policy through committee hearings As publicity value of receiving credit for controlling spending has increase, so too has oversight grown Oversight usually takes place after a catastrophe

18 How Congress is Organized to Make Policy Getting on a Committee – Members want committee assignments that will help them get reelected, gain influence, and make policy. – New members express their committee preferences to the party leaders. – Those who have supported their party’s leadership are favored in the selection process. – Parties try to grant committee preferences.

19 How Congress is Organized to Make Policy Getting Ahead on the Committee – Committee chair: the most important influencer of congressional agenda Dominant role in scheduling hearings, hiring staff, appointing subcommittees, and managing committee bills when they are brought before the full house – Most chairs selected according to seniority system. Members who have served on the committee the longest and whose party controlled Congress become chair

20 How Congress is Organized to Make Policy Caucuses: The Informal Organization of Congress – Caucus: a group of members of Congress sharing some interest or characteristic – About 300 caucuses – Caucuses pressure for committee meetings and hearings and for votes on bills. – Caucuses can be more effective than lobbyists. 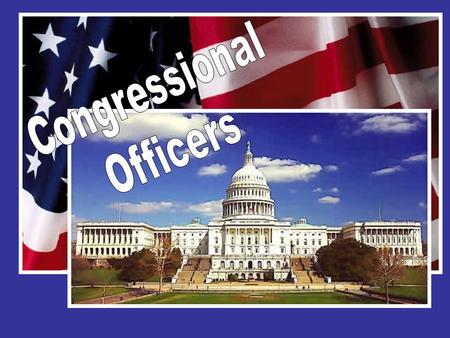 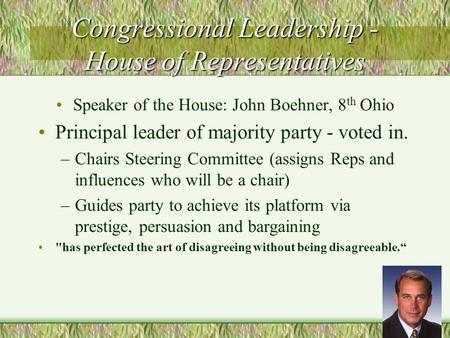 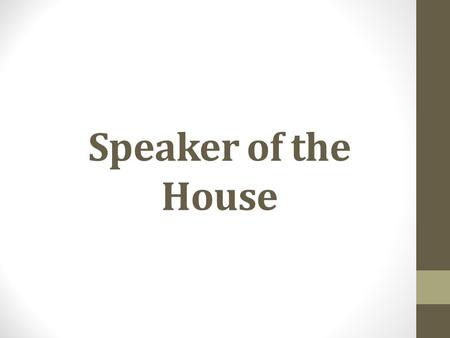 Speaker of the House. John Boehner (R) Duty- Preside over the House. Appoints people to committees. 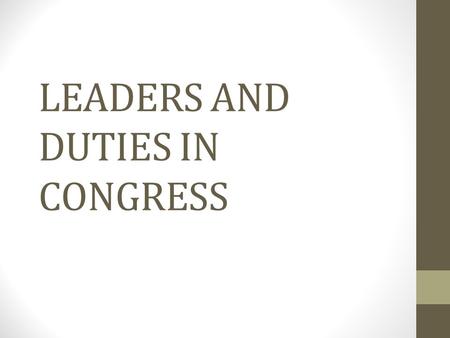 LEADERS AND DUTIES IN CONGRESS. Speaker of the House. 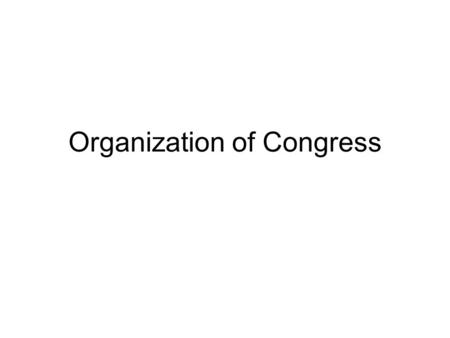 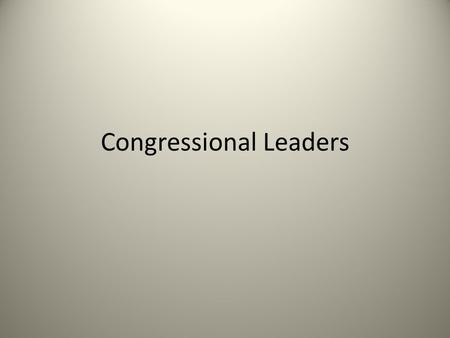 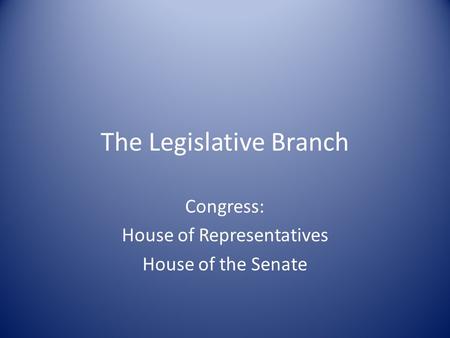 The Legislative Branch Congress: House of Representatives House of the Senate. 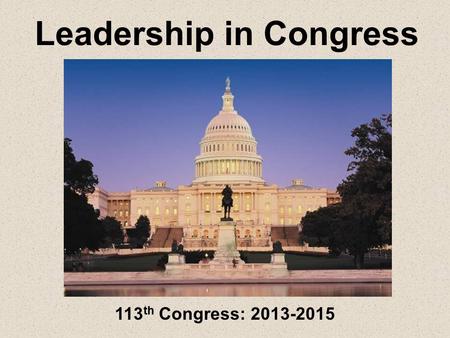 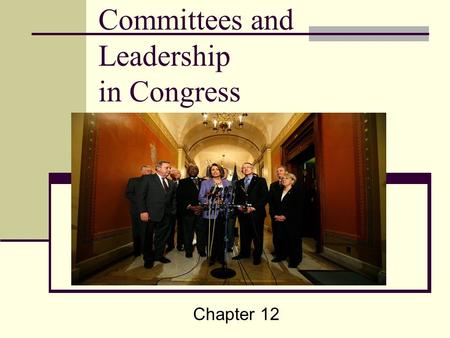 Committees and Leadership in Congress 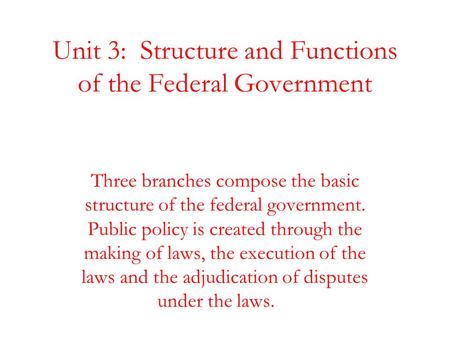 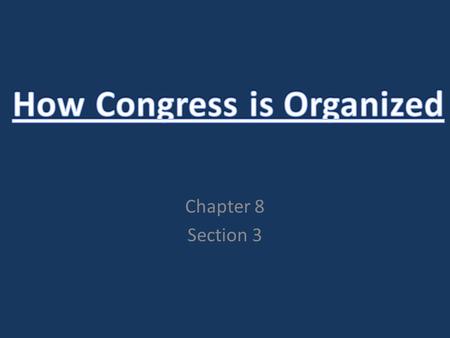 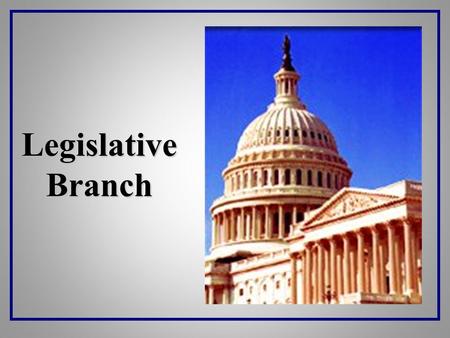 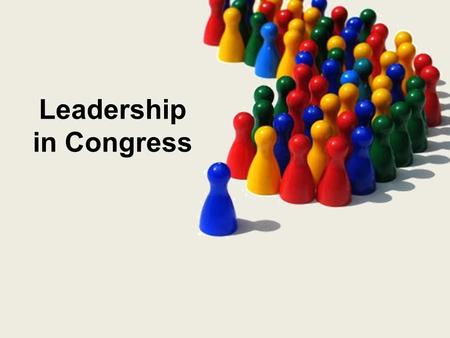  Extra Credit on Gerrymandering Extended to Monday, October 24  Starting next Monday you will be turning in a synopsis of a US/World event that relates.