Chapter 1: The Science of Biology. Science What is science? –An organized way of using evidence to learn about the natural world What is the goal of science?

Presentation on theme: "Chapter 1: The Science of Biology. Science What is science? –An organized way of using evidence to learn about the natural world What is the goal of science?"— Presentation transcript:

1 Chapter 1: The Science of Biology

3 Science Science is an ongoing process and is ever changing New techniques, technology, and discoveries are constantly being developed and allow us to bring more understanding to our natural world What are some ways that science has changed?

7 The Scientific Method After observations a question is formed That question leads to the formation of a hypothesis –A hypothesis is a proposed scientific explanation for a set of observations Scenario: You are at the grocery store and the woman in front of you is buying diapers and baby food –Observation? –Hypothesis?

8 The Scientific Method People used to think things arose by Spontaneous Generation (life came from nonliving things). Forming a Hypothesis –Use prior knowledge –Use logical inference –Use informed, creative imagination There can be several hypotheses for a set of observations Written as an “If… then…” statement A hypothesis is not valid if it cannot be tested somehow –Controlled experiments –Gathering more data

9 1.2 How Scientists Work The Scientific Method (cont.) –After the hypothesis, you need to test it with an experiment –Experiment A procedure that tests the hypothesis

12 Scientific Experiments Follow Rules. An experimenter changes one factor and observes or measures what happens.

16 Example of Controls & Variables For example, suppose you want to figure out the fastest route to walk home from school. You will try several different routes and time how long it takes you to get home by each one. Since you are only interested in finding a route that is fastest for you, you will do the walking yourself.

18 One more thing … it is best to make several trials with each independent variable.

19 The Scientific Method After the experiment, data is analyzed, then a conclusion is drawn, and findings are reported

21 The Scientific Method What if a controlled experiment cannot be done? What kinds of situations? Researchers then have to come up with alternatives: observations, surveys There are cons to this however –Bias –Many variables They try to eliminate some of these problems by using greater numbers, and factoring in different variables

22 The Scientific Method What is a theory? –A well-tested explanation that unifies a broad range of observations A theory develops only through investigations (not always the same experiments) being tested over and over again

23 Questions? "Time is a great teacher, but unfortunately it kills all its pupils." -- (Louis) Hector Berlioz

Download ppt "Chapter 1: The Science of Biology. Science What is science? –An organized way of using evidence to learn about the natural world What is the goal of science?" 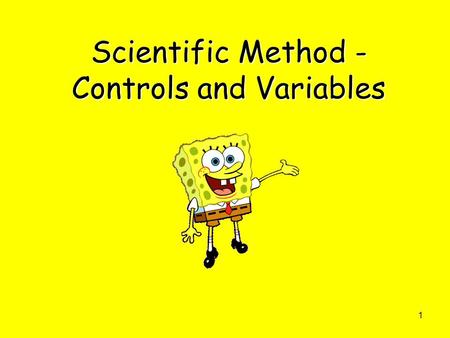 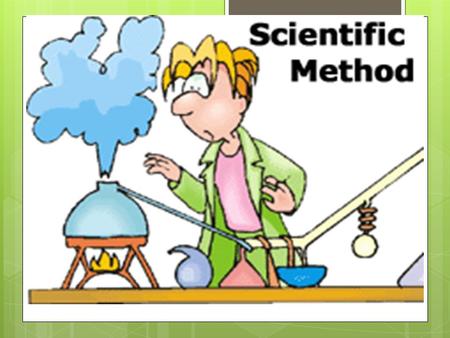 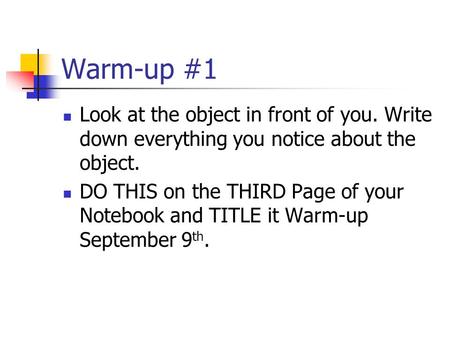 Warm-up #1 Look at the object in front of you. Write down everything you notice about the object. DO THIS on the THIRD Page of your Notebook and TITLE.

1 Scientific Method - Controls and Variables. 2 Scientific Experiments Follow Rules. An experimenter changes one factor and observes or measures what.