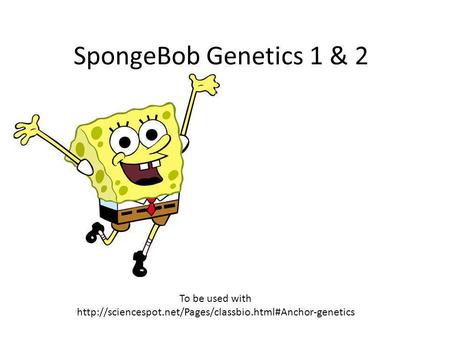 SpongeBob Genetics 1 & 2 To be used with 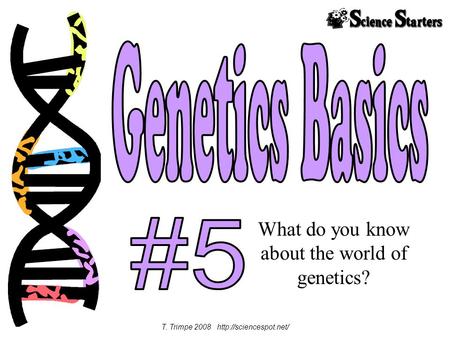 What do you know about the world of genetics? T. Trimpe 2008 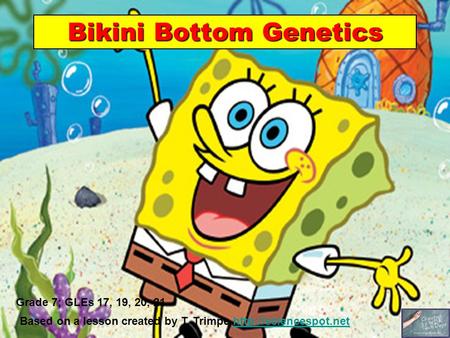 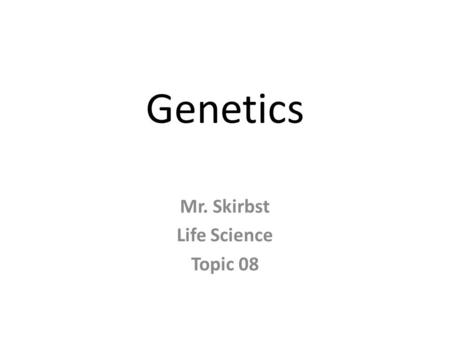 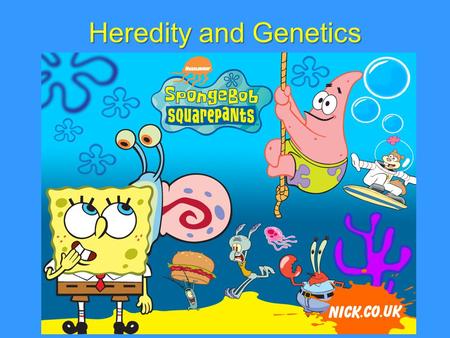 Heredity and Genetics I wonder… is square dominant over round for sponge shape??? 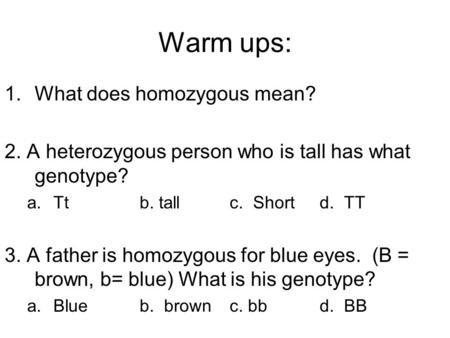 Warm ups: 1.What does homozygous mean? 2. A heterozygous person who is tall has what genotype? a.Ttb. tallc. Shortd. TT 3. A father is homozygous for blue. 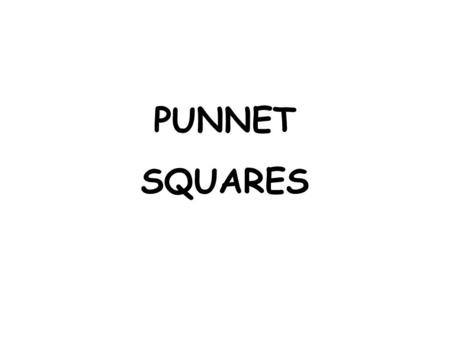 PUNNET SQUARES “The law of Independent Assortment” Alleles of different genes separate completely from one another during gamete formation XY X Y. 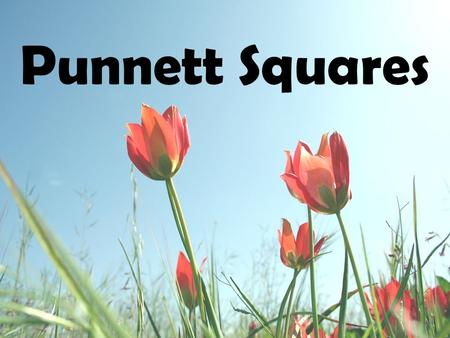 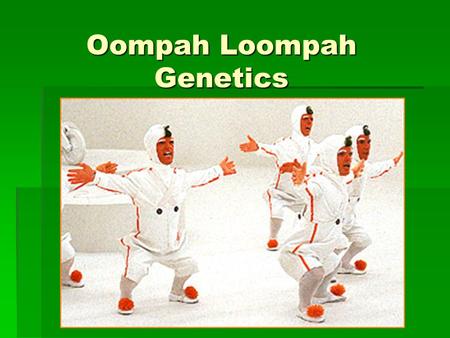 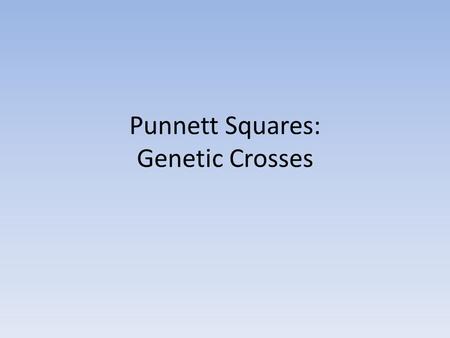 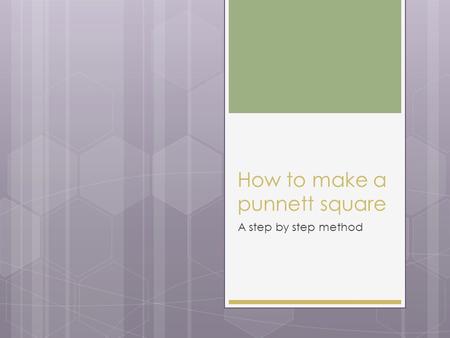 How to make a punnett square 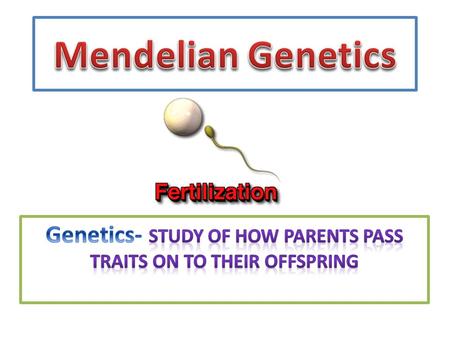 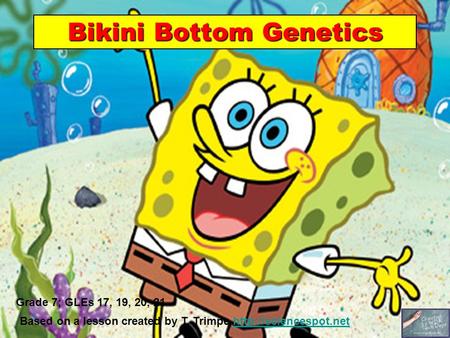 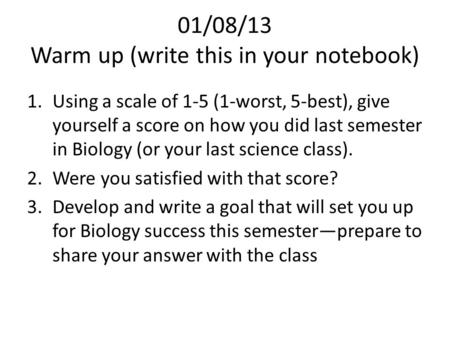 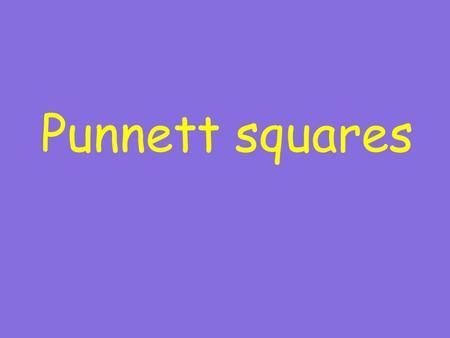 Punnett squares. The tool which uses the combination of alleles to predict the probability of traits showing up in offspring. 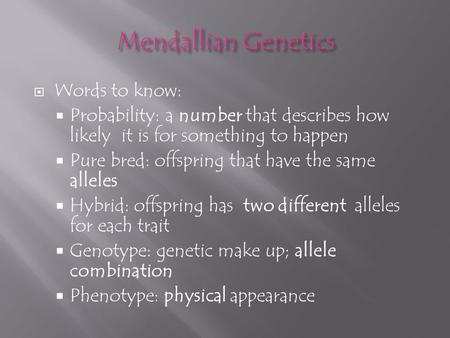 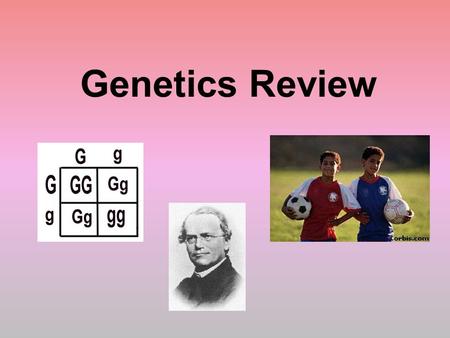 Genetics Review. Who is the “Father of Genetics”? Gregor Mendel What organism did Mendel use to study genetics? Pea Plants. 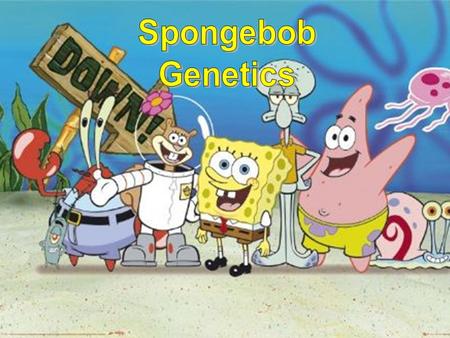 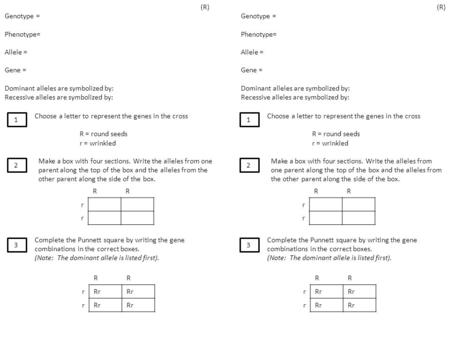 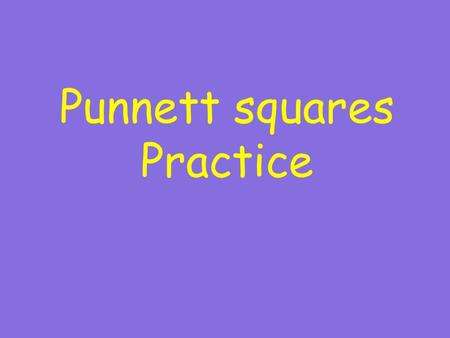 Punnett squares Practice. The tool which uses the combination of alleles to predict the probability of traits showing up in offspring.