2 The Composition of the Atmosphere The atmosphere is made of 78% Nitrogen gas and about 21% oxygen. The atmosphere also contains small particles such as dust, volcanic ash, sea salt, dirt, smoke, liquid and solid water

5 The Troposphere: The Layer in Which We Live Layer we live in Tropo means “turning” or “change” Called this because differences in air pressure and temperature cause gases in the troposphere to move continuously Lowest layer Most dense layer (90% of the atmosphere’s mass) All weather occurs in this layer

6 The Stratosphere: Home of the Ozone Layer The atmospheric layer above the troposphere is called the stratosphere. –Strato means “layered” –Very thin with little moisture – Lowest layer is extremely cold (-60° C) –Temperatures rise with altitude because the ozone layer absorbs UV from the sun –Pilots fly planes here to avoid weather disturbances and/or on very long flights.

7 The Mesosphere: The Middle Layer The mesosphere is the middle layer of the atmosphere. It is also the coldest layer. – Meso means “middle” – Temperature decreases as altitude increases (-93°C at the top)

8 The Thermosphere: The Edge of the Atmosphere The uppermost atmospheric layer is called the thermosphere. – Thermo means heat; high temps (1,000° C or higher) because Nitrogen and Oxygen atoms absorb solar radiation and release thermal energy – Temperature increases with altitude – Particles move fast but it does not feel hot! – Density so low particles do not collide to transfer heat

11 Atmospheric Pressure Air Pressure is the measure of the force with which air molecules push on a surface. Air pressure decreases as altitude (height) increases

12 Air Pressure Is caused by the weight of the atmosphere Above each square inch of Earth’s surface is a column of air that weighs 14.7 pounds 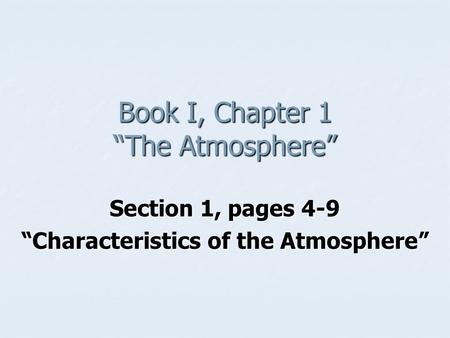 Book I, Chapter 1 “The Atmosphere” 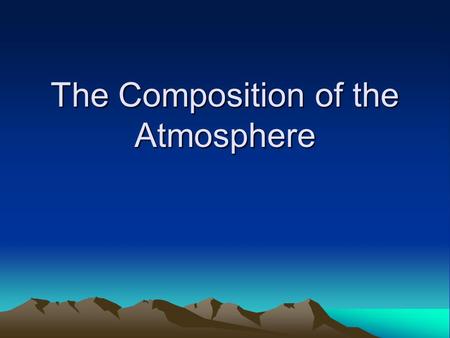 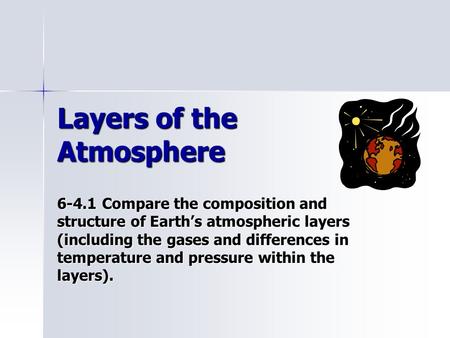 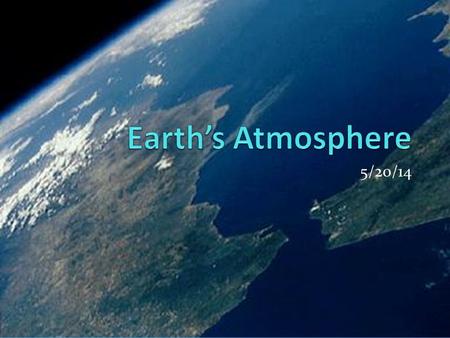 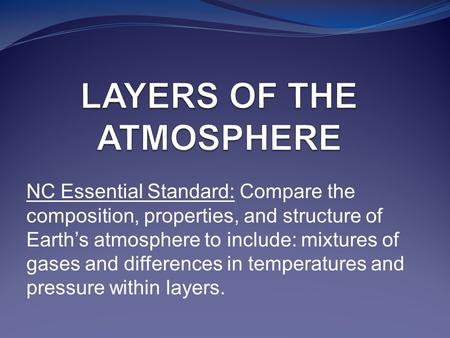 NC Essential Standard: Compare the composition, properties, and structure of Earth’s atmosphere to include: mixtures of gases and differences in temperatures. 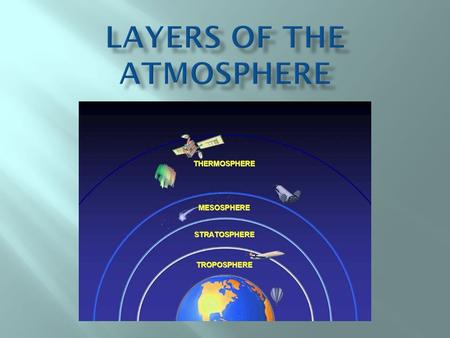 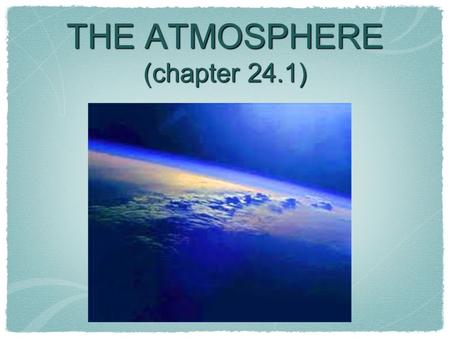