2 Arithmetic Sequence A set of numbers in a specific order in which each term, after the first, is found by adding a constant, called the common difference, denoted by d, to the previous term. Each number in a sequence is called a term. The first term is symbolized by The second term by The nth term is represented by

5 nth Term of a Geometric Sequence 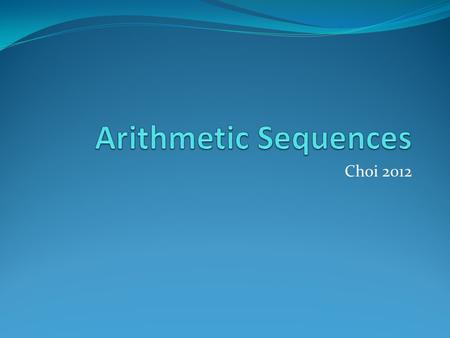 Choi 2012 Arithmetic Sequence A sequence like 2, 5, 8, 11,…, where the difference between consecutive terms is a constant, is called an arithmetic sequence. 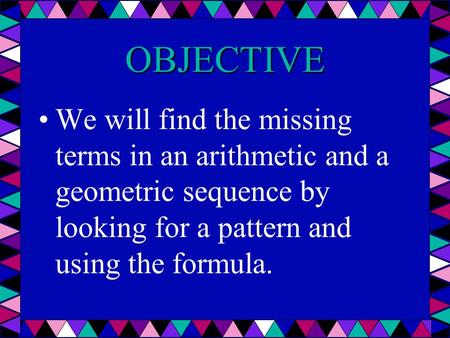 OBJECTIVE We will find the missing terms in an arithmetic and a geometric sequence by looking for a pattern and using the formula. 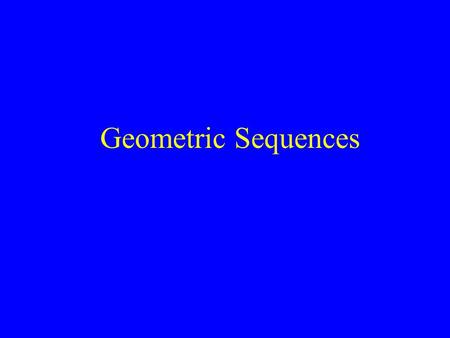 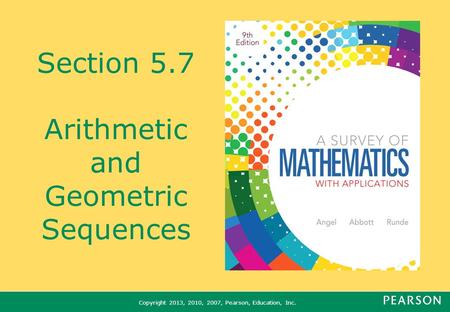 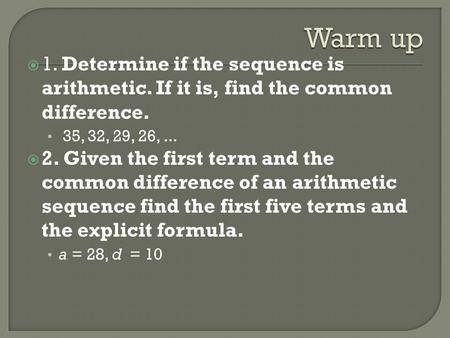 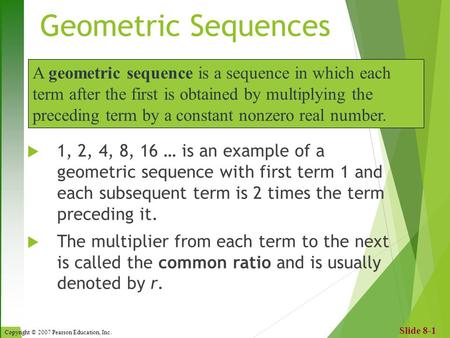 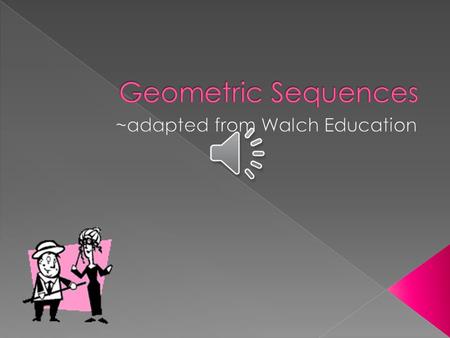 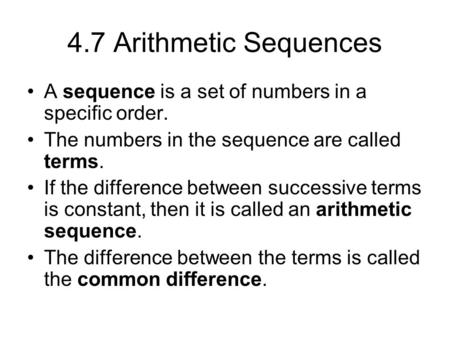 4.7 Arithmetic Sequences A sequence is a set of numbers in a specific order. The numbers in the sequence are called terms. If the difference between successive. 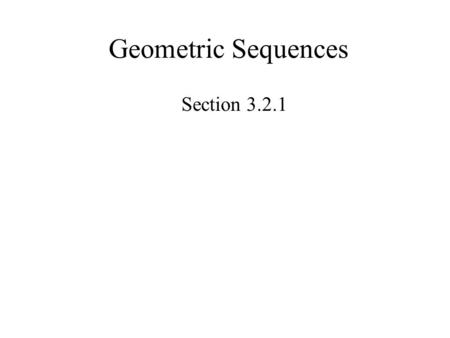 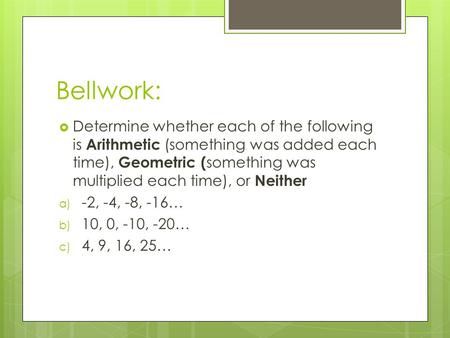 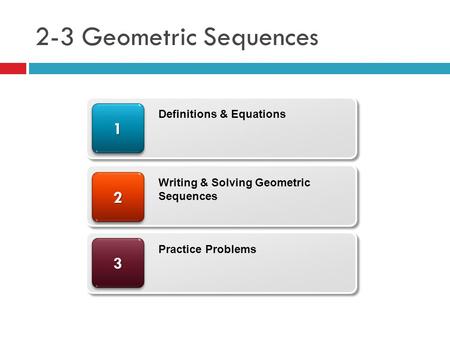 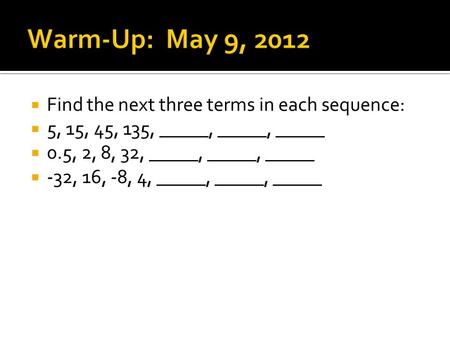 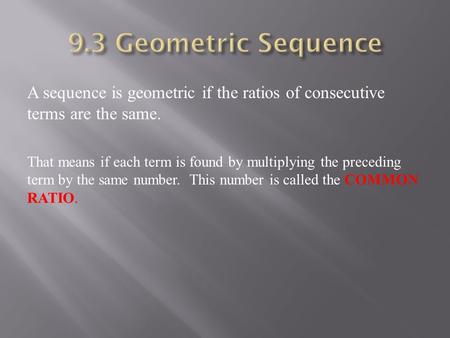 A sequence is geometric if the ratios of consecutive terms are the same. That means if each term is found by multiplying the preceding term by the same. 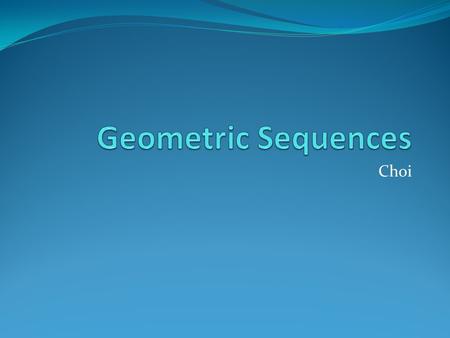 Choi Geometric Sequence A sequence like 3, 9, 27, 81,…, where the ratio between consecutive terms is a constant, is called a geometric sequence. In a. 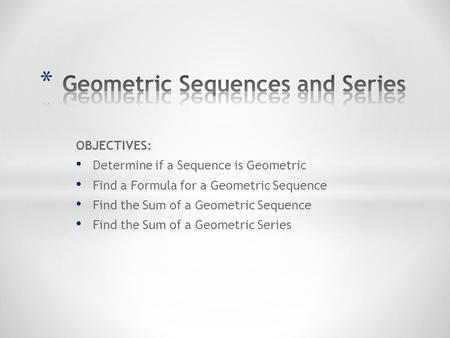 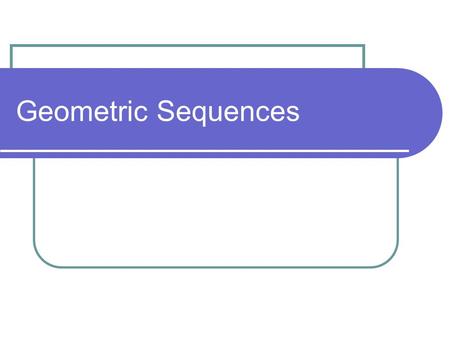 Geometric Sequences. Types of sequences When you are repeatedly adding or subtracting the same value to/from the previous number to get the next number. 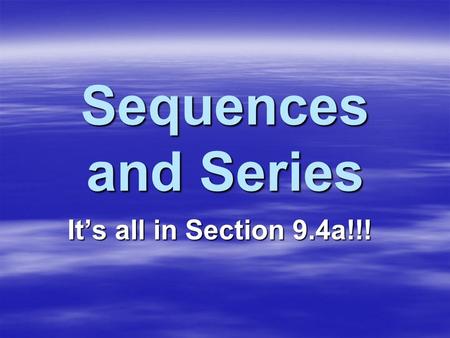 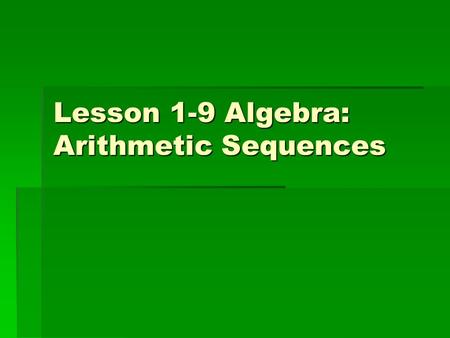 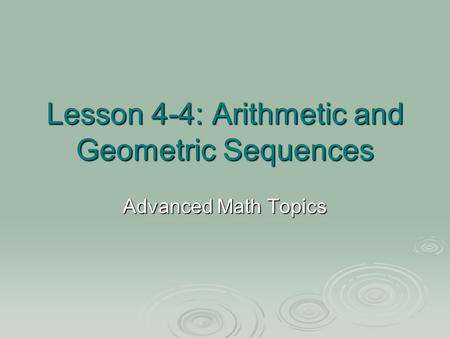 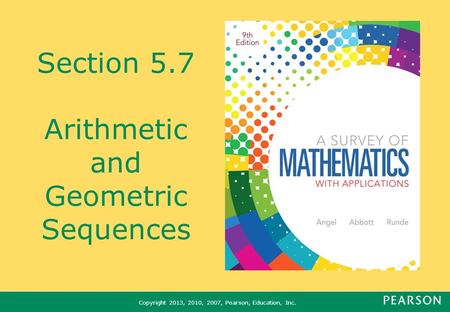