Presentation on theme: "& The Scientific Method. Forming an idea of an expected outcome based on observations and experiences."— Presentation transcript:

2 Forming an idea of an expected outcome based on observations and experiences.

3 Describing what you learn from your research to help others understand your thinking.

4 Organizing measurements or observations to make your information easier to use and interpret [graphs].

5 Using data in graphs and charts to analyze test results.

6 Placing objects or events into groups based on common characteristics.

7 Using the five senses -- sight, smell, taste, touch, and sound - - to learn about an object or an event.

8 Using logical reasoning to explain events and draw conclusions based on observations.

9 Comparing an attribute of an object (such as mass, length, temperature, or capacity) to a unit of measure (such as grams, feet, degrees, or liters).

10 Creating a diagram or 3-D model of an object or objects being tested.

11 Putting all of the Science Process Skills into one activity following The Scientific Method.

12 Identifying and controlling the things that affect the outcome of an experiment so that only one variable is changed in a test.

15 Use your senses to make observations. Record one question you’d like to answer.

16 Write down what you already know about the topic. Decide what other info you need and research for it. Do research to find more information about your topic.

18 Decide how to conduct a fair test of your hypothesis by controlling variables. Write down the steps you will follow to do your test. List the equipment you will need Decide how you will gather and record your data.

19 Follow the steps you wrote (or that are there for you already). Observe and measure carefully. Record everything that happens. Organize your data so you can study it carefully.

20 Analyze the data you gathered. Make charts, tables, or graphs to show your data. Use your record of what happened during the experiment to determine what it means

Download ppt "& The Scientific Method. Forming an idea of an expected outcome based on observations and experiences." 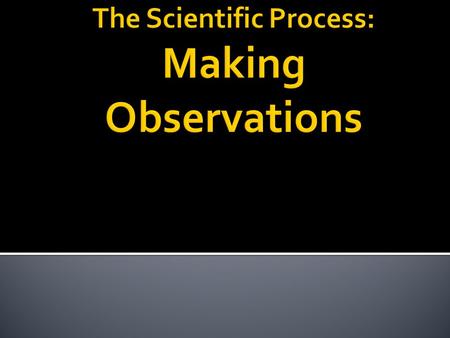 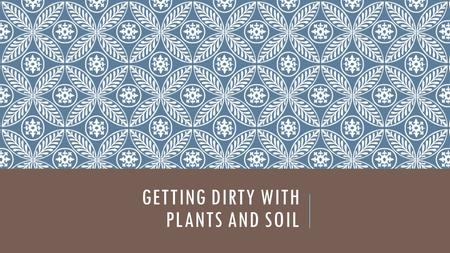 GETTING DIRTY WITH PLANTS AND SOIL. OBJECTIVES As students actively participate and are involved with scientific processes, they will be excited to learn. 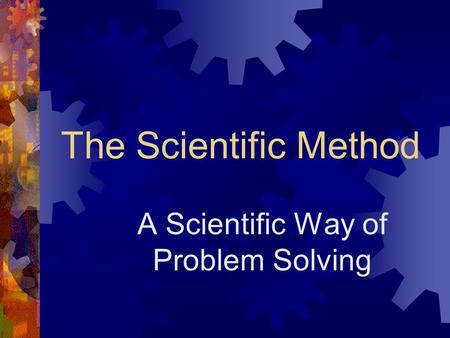