2 2 Introduction  Last PCR introduced several fundamental changes to the entry regime which included Entry Capacity Substitution  A key intention of the policy measures is to ensure that capacity does not become sterilised, i.e. an obligation at one ASEP where capacity is not required does not prevent use of that capacity elsewhere.  Key Licence deliverables are;  Entry Capacity Substitution Methodology Statement  Submit to the Authority for approval by 6 th January 2009  Amendment of Incremental Entry Capacity Release Methodology Statement to include substitution.  On 1 st February National Grid issued consultation document seeking views on a range of issues.

3 3 Capacity Available for Substitution. What proportion of baseline capacity should be withheld from QSEC auctions (and substitution) for use in later auctions (the current Licence requirement is 10%)? Proportion withheld 20%> 10%zero% In favour711 Other comments Prevents development of liquid secondary capacity market

5 5 Single Quarter Problem.  Where capacity is currently booked at an ASEP for a single quarter in the future should this prevent capacity at that ASEP, to the level booked, being available for substitution in the period prior to that booking?  Users say this should not prevent substitution but a workable solution is not evident at this stage. In favourAgainst Should this prevent substitution?15 Create rules to prevent short-term, distant, bookings?13 Should substitution be time limited?3 + 1 maybe1 Should a surrender mechanism be created?41

6 6 Lower NPV Test.  Should different User Commitment tests be applied for incremental capacity satisfied from substitution and from investment?  Comments  Combined Substitution / Investment & Competing Bids is complex, but should not be an issue with a single test. In favourAgainst Same Test61 (relate to actual costs)

7 7 Exchange Rate Cap. To avoid excessive capacity degradation should capacity substitutions be prohibited if the exchange rate exceeds a specified value? If yes, what should the cap on exchange rates be? Cap on Exchange Rates <=1.5:12:1<10:110:1Don’t knowNo cap 112210

8 8 Availability of Capacity for Substitution.  Should National Grid substitute capacity to release incremental capacity ahead of 42 months?  If yes, should any limit be placed on the timing of such release, e.g. 18 months, 30 months?  Should substitution be limited to single donor ASEP or should combinations (substituted at different times) be allowed?  Responses  Mainly in favour of early release (from 18 months) provided capacity has previously been available in AMSEC.  Is this feasible? QSEC / AMSEC do not overlap sufficiently.  Impact on incentives to be considered.

10 10 Other Issues.  We would be interested in people’s thoughts as to how the substitution process may impact upon other elements of the entry capacity regime.  6 respondents specifically commented on the need for more time to consider potential consequences  5 refer to a “holistic” approach; consider interactions.  4 respondents identify potential price increases as a consequence of substitution  1 reference to regulatory Impact Assessment. 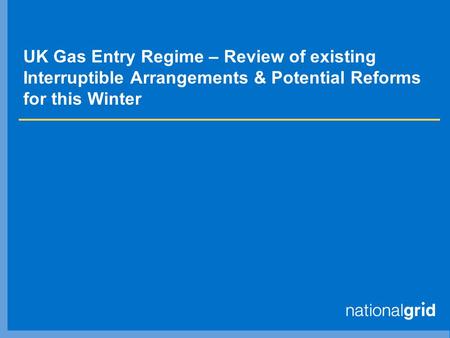 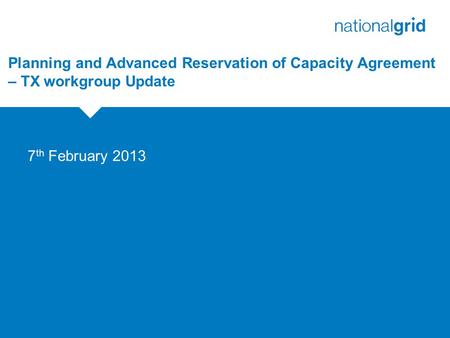 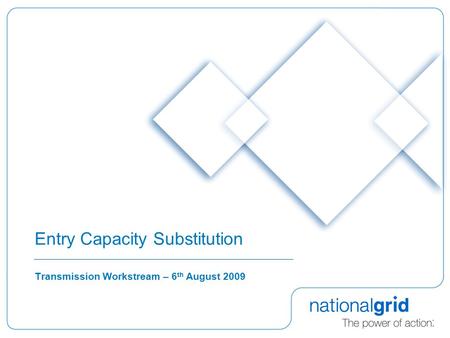 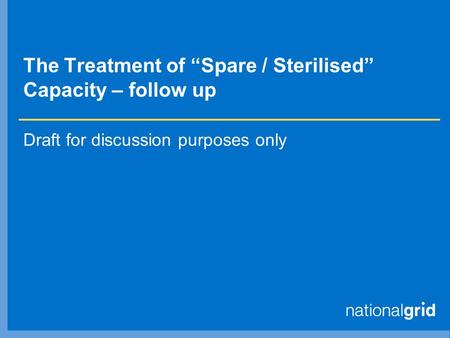 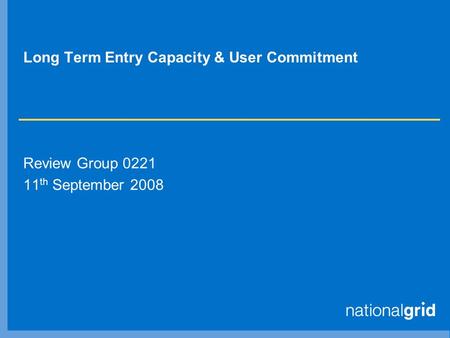 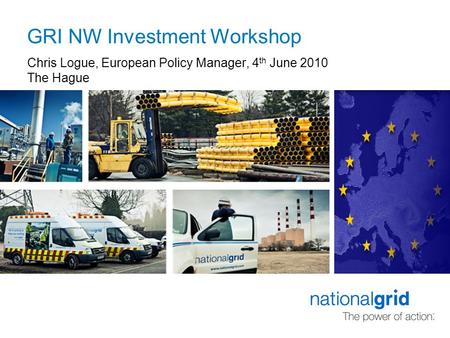 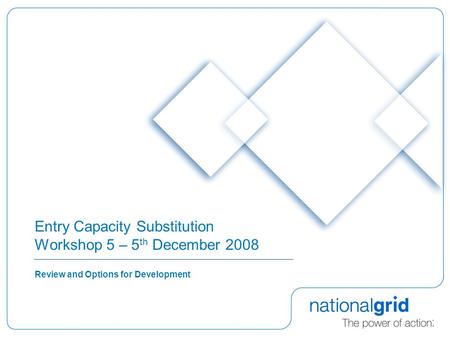 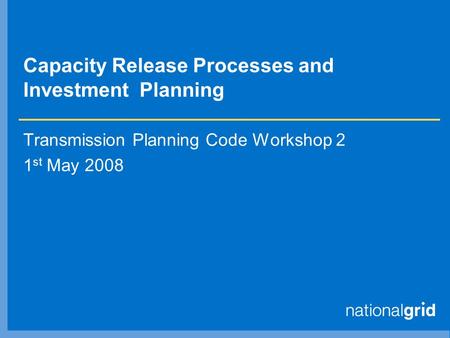 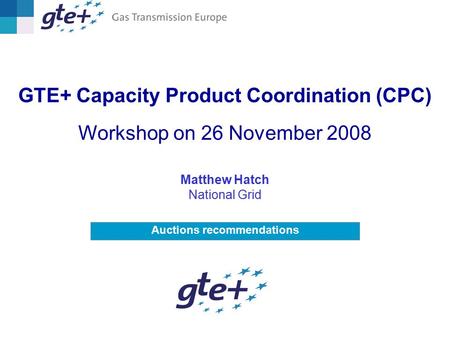 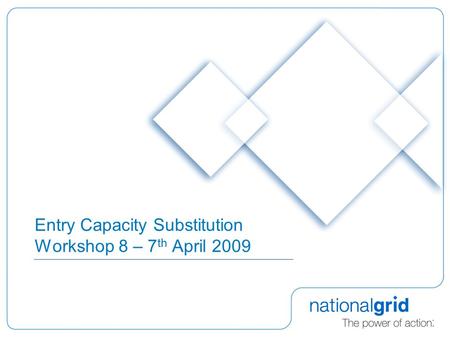 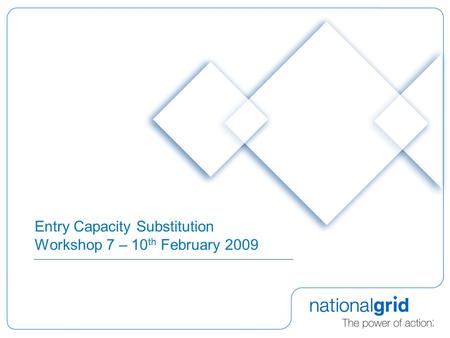 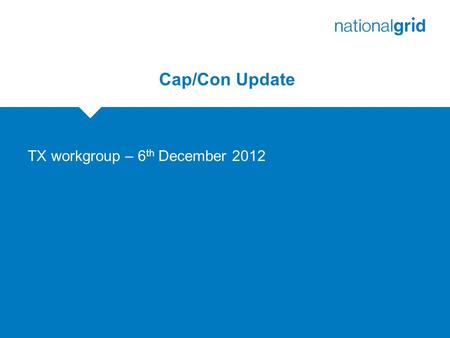 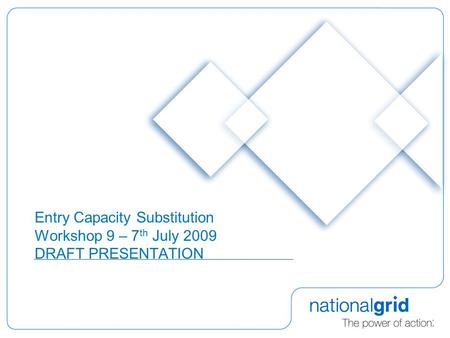 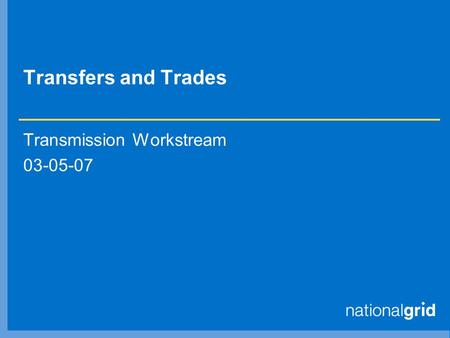