1 Chapter 2: The Chemistry of Life
Section 2-1: Introduction of Chemistry

4 What is an atom? Consists of: (cont.)
Electron Cloud – outside the nucleus. Electrons (e-): subatomic particles with a negative (-) charge. Electrons move in pathways called orbitals or shells. Mass of an electron is negligible.

6 Opposites Attract The (+) charge of the nucleus attracts and holds the negatively charged electrons in their orbitals.

8 What is an element? 96 naturally occurring elements.
20 elements have been artificially produced in labs. 116 elements total to date 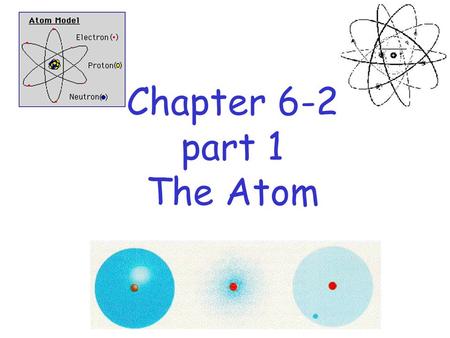 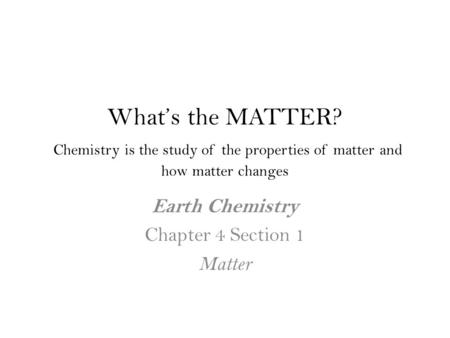