Presentation on theme: "13.4 The Harlem Renaissance. NAACP vs. Marcus Garvey NAACP (led by Du Bois and James Weldon Johnson) focused on making lynching a serious crime in the."— Presentation transcript:

3 NAACP vs. Marcus Garvey NAACP (led by Du Bois and James Weldon Johnson) focused on making lynching a serious crime in the South – Congress gave them no help Marcus Garvey focused on black pride and actually encouraged African-Americans to move to Africa

6 Jazz & the Blues Louis Armstrong had moved from New Orleans to Chicago, then NYC in the Great Migration “Duke” Ellington wrote some of the most incredible, sophisticated jazz of his time – But in the 1920s he was often stuck playing to white- only audiences…

7 Jazz & the Blues Bessie Smith (blues singer) became the most celebrated black vocalist – Blues is typically sad music, but it can help you feel like there is someone out there who understands your pain.

8 "The Negro Speaks of Rivers” Langston Hughes, 1920 I've known rivers: I've known rivers ancient as the world and older than the flow of human blood in human veins. My soul has grown deep like the rivers. I bathed in the Euphrates when dawns were young. I built my hut near the Congo and it lulled me to sleep. I looked upon the Nile and raised the pyramids above it. I heard the singing of the Mississippi when Abe Lincoln went down to New Orleans, and I've seen its muddy bosom turn all golden in the sunset. I've known rivers: Ancient, dusky rivers. My soul has grown deep like the rivers. 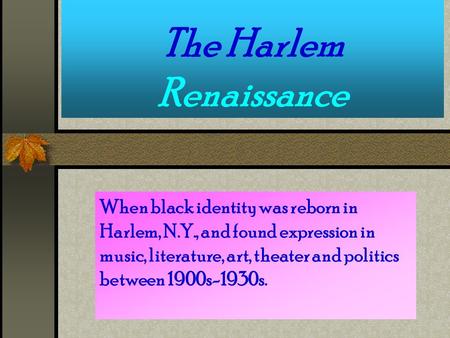 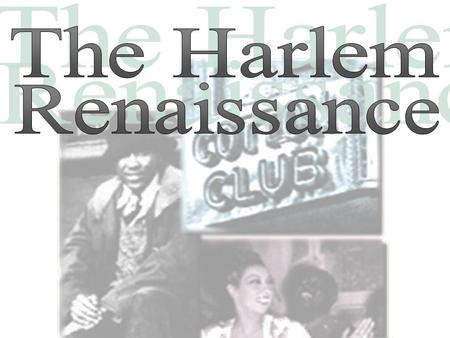 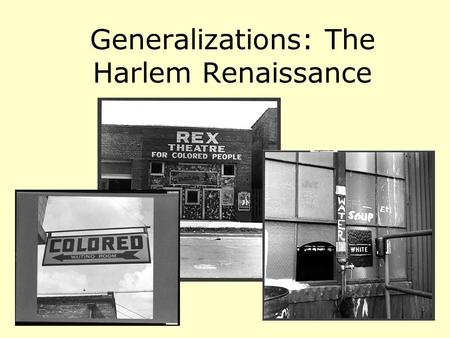 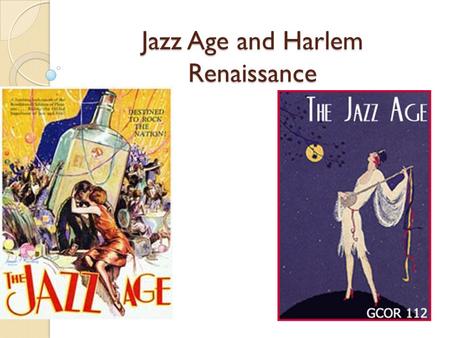