Presentation on theme: "AKA The Hydrologic Cycle. Water 3 states Solid Liquid Gas The 3 states of water are determined mostly by temperature. Even though water is constantly."— Presentation transcript:

1 AKA The Hydrologic Cycle

3 Water 3 states Solid Liquid Gas The 3 states of water are determined mostly by temperature. Even though water is constantly changing states, the total amount of water on Earth remains constant. Over 70% of the Earth’s surface is covered by oceans Water is constantly being cycled between the atmosphere (air), hydrosphere (water), and lithosphere (land).

4 Evaporation The sun (temperature) is the energy force that powers the water cycle It heats oceans, lakes, rivers and causes water to change from the liquid state to the gaseous state The oceans contribute to about 80- 90% of the water vapor in the atmosphere. During evaporation, the impurities (for example, Salt) are left behind. This is important because about 97% of the water on Earth is salt water (oceans) and only 3% is freshwater (rivers, streams, lakes, ponds, and in the ground).

5 Condensation When atmospheric temperature decreases, the water vapor (gas) changes back into a liquid. Condensation is the opposite of evaporation. Small water droplets are formed in the atmosphere. Collections of water droplets form clouds in the sky or fog at ground level. You can see condensation on drinks in the summertime or leaves in the morning.

7 Surface Runoff About 1/3 of the water that returns to the Earth as precipitation runs off the surface of the land, down hill, into streams, rivers, lakes, and oceans. The other 2/3 of precipitation is evaporated, transpired, or is infiltrated into ground water. Surface Runoff is a very important part of the water cycle because it returns water once again to the bodies of water, where evaporation occurs. For example, when snow melts

8 Infiltration Not all surface runoff water flows back into streams, rivers, lakes, and oceans. Some of it soaks into the ground. Infiltration is the downward movement of water from the land surface into soil or underlying rock layers. This water can replenish aquifers, which store large amounts of freshwater that can be removed from the ground using a water well. Some infiltration stays close to the land surface and can seep back into surface-water bodies (and the ocean) as groundwater discharge. Some groundwater finds openings in the land surface and comes out as freshwater springs.

10 Sublimation Sublimation is the conversion between the solid and gaseous form of water, with no intermediate liquid stage. This occurs when there is low atmospheric pressure. An example of this is when snow and ice change into water vapor in the air without first melting into water. Phase Diagram for Water

Download ppt "AKA The Hydrologic Cycle. Water 3 states Solid Liquid Gas The 3 states of water are determined mostly by temperature. Even though water is constantly." 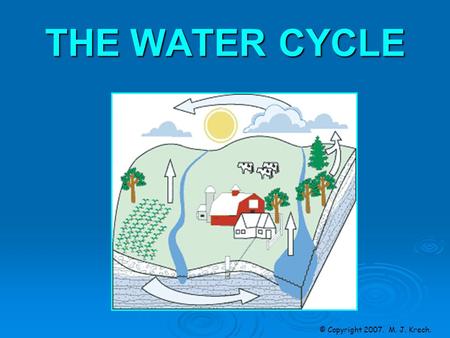 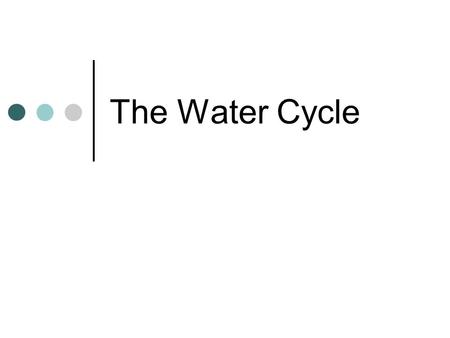 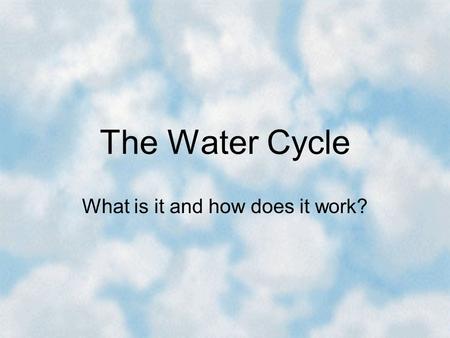 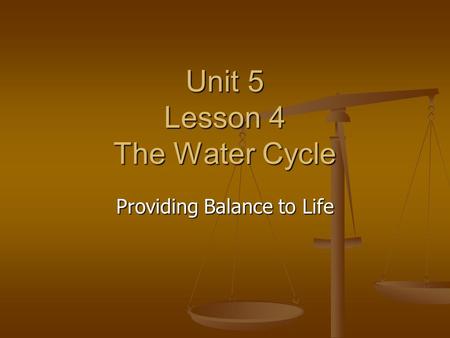 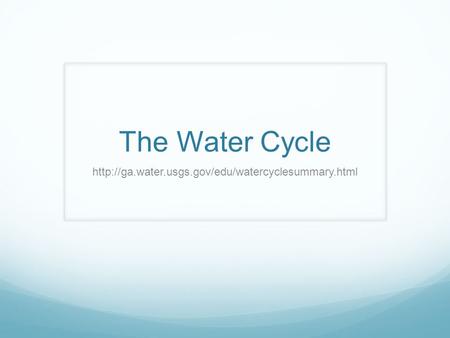 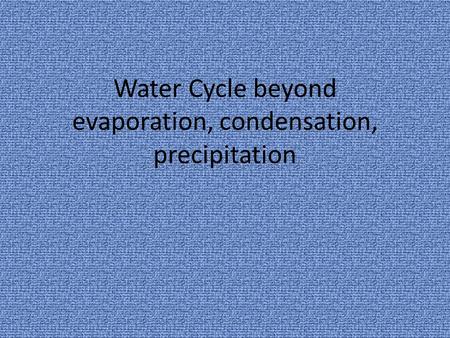