3 Eukaryotic Adhesion adhesion receptor (integrin) Adhesion receptors are transmembrane proteins with long extracellular regions that bind an immobilized ligand, and small cytosolic region that anchor to the cytoskeleton and are coupled to signaling pathways. Most mammalian cells will initiate apoptosis (commit suicide) if their adhesion receptors don’t recognize the right ligands and mechanical forces. from Kamm and Mofrad, Cytoskeletal Mechanics, 2006 We study mammalian adhesion to… control cells in regenerative medicine study cancer (metastasized cells don’t apoptose when they leave their home tissue).

4 Bacterial Adhesion Adhesins are binding proteins, usually on tips of long fibrillar organelles called fimbraie or pili, that are anchored to the cell wall Adhesins are critical to biofilm formation. Biofilms are multicellular communities that are 1000-fold more resistant to antibiotics and immune defense than are planktonic (swimming or drifting) bacteria. We study bacterial adhesion to develop Anti-adhesive therapies that block adhesion, to leave bacteria susceptible to host defenses; this should provide alternative to antibiotics that does not causes resistance or kill commensal bacteria.

9 Catch Bonds are Activated by Force
All models require that an unbinding pathway has a transition state that is shorter than the bound state. hook model Hook model: transition state brings the hook together. Allosteric model: allosteric change between long high-affinity to short low-affinity. Like a door that must open inward – not safe in a fire, since force will keep it closed. allosteric model

12 Ideal Bonds are Unaffected by Force
Unbinding pathway has no length change We recently discovered that this occurs when rate limiting step is when the door to the binding pocket flips open; detachment then follows rapidly. koff force

13 How much force Needed to Break Bonds?
None – single bonds will break in due time without any force. If you increase force until bond breaks, you will measure a characteristic rupture force, but it depends on loading rate. You can calculate the parameters (koff0 and x) by measuring the rupture force at multiple loading rates.

14 Lifetime of Bond Clusters (no force)
Cells remain adherent for long times because bonds rebind. Binding energy related to equilibrium constant, KD, which depend on on-rate. If bonds can’t rebind, lifetime of a cluster of N bonds is approximately log(N) times the lifetime of one bond Rebinding is hard to estimate; depends on geometry; how close is receptor to ligand and how much do they diffuse? high cooperativity: each bond is kept in ideal position to rebind if others remain bound. Then, energy of cluster = N times energy of one.

16 Importance of Yielding Elasticity
Yielding tethers on bonds can prevent stress concentration even with peeling geometry.

17 Yielding Force is Optimized for Bonds
Selectins are on Membrane Tethers (leukocytes) and FimH adhesin is on type 1 fimbriae (bacteria) catch bonds also rupture at high force due to the slip pathway yielding is viscoelastic, so depends on loading rate, but yielding force is in between, where catch bonds are strong. catch bonds rupture at low force

18 Rebinding Rates in Clusters
N bonds in Cluster with evenly distributed normal force, F force on cluster, one bond breaks. now N-1 bonds in cluster Consider linear springs, with spring constant k. f=F/(N+1) length of all bonds is x = f/k. for broken bond, position is determined by Boltzman distribution; energy of x = f/k is ½kx2, which is ½ f2/k. Thus, stiff spring has lower energy than soft springs when stretched enough to bind, so will rebind faster Clusters with stiff springs rebind faster under normal force. However, soft springs distribute force better over the cluster if bonds are not the same length.

19 Cluster Strength Depends on …
Strength of individual bonds (x and koff) Geometry of how force is applied (shearing > normal > peeling) Geometry of cluster (are all bonds stretched to similar lengths? Mechanical properties of each tether Focal Adhesion complexes are evolved to have appropriate nanostructure for high strength. They are also evolved to localize signal transduction so cells can sense spatial information.

20 Summary Adhesion occurs through receptor-ligand bonds called adhesins or adhesive receptors Adhesion must resist forces due to external stretch or drag, and cytoskeletal contraction (cells pull). Molecular Biophysics controls off-rates: Slip bonds are exponentially inhibited by force catch bonds are exponentially activated by force (until a peak force, then slip) Ideal bonds are unaffected by force. Clusters of bonds are strong under shear force, moderately strong under normal force, and weak under peeling force, because of differences in rebinding and load distribution. Yielding tethers stabilize bond clusters by distributing the load well between many bonds. The yield force needs to be in a range where bonds are long-lived. Focal adhesion complexes are evolved to be mechanically strong. 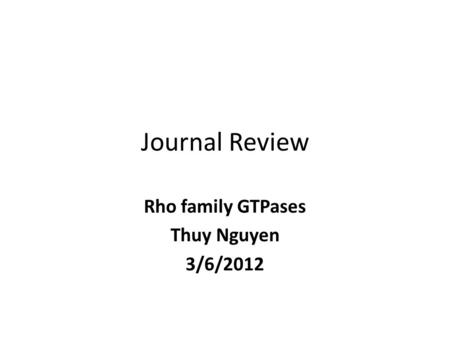 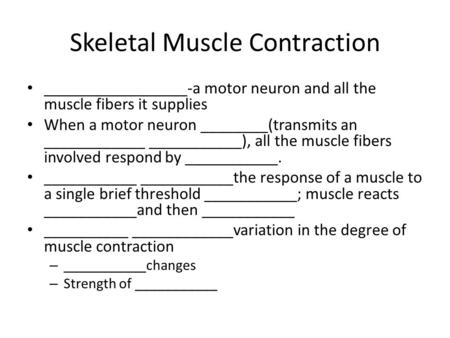 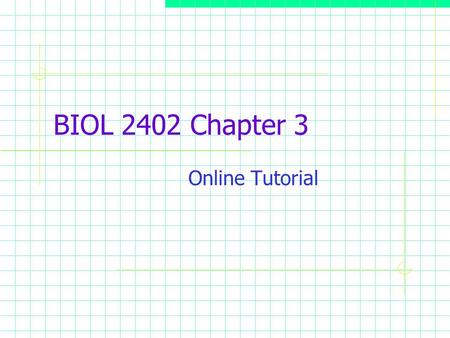 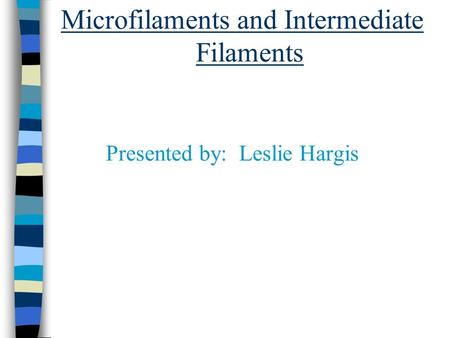 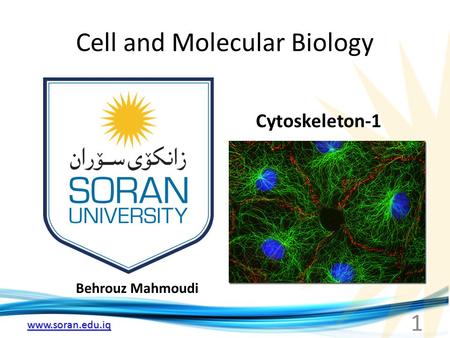 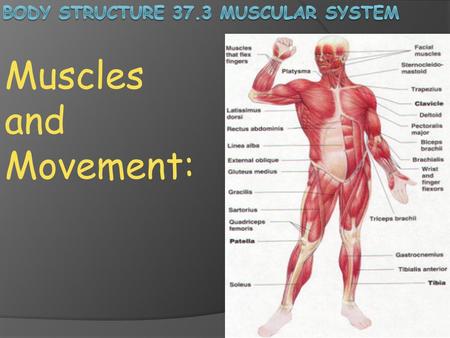 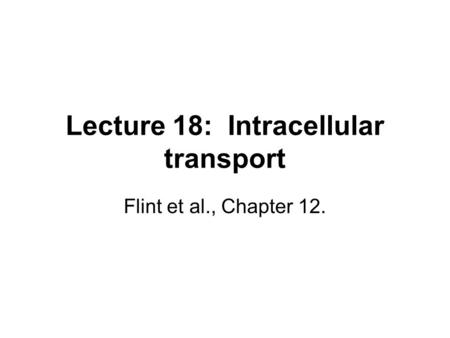 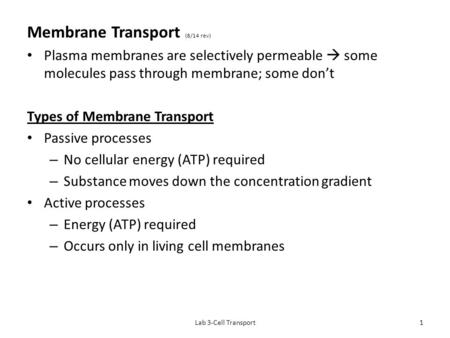 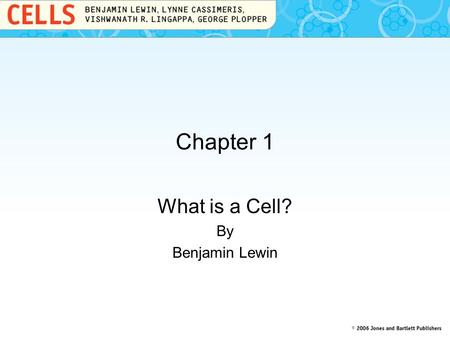 Chapter 1 What is a Cell? By Benjamin Lewin. 1.1 Introduction Cells arise only from preexisting cells. Every cell has genetic information whose expression. 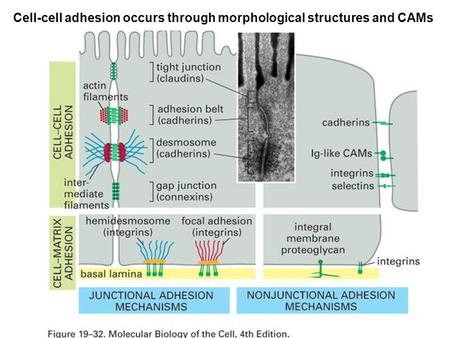 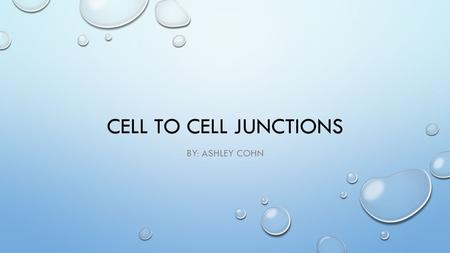 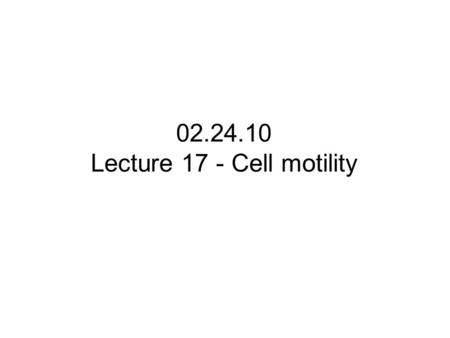 Lecture 17 - Cell motility. The Range of Cell Movement Velocities of moving cells span more than 4 orders of magnitude Each cell has evolved. 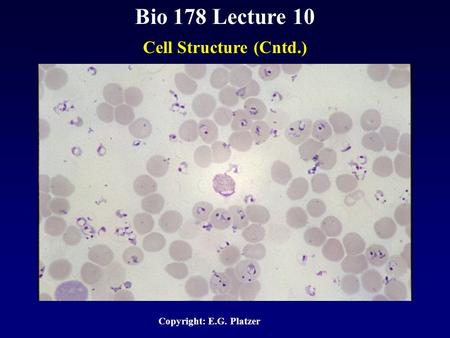 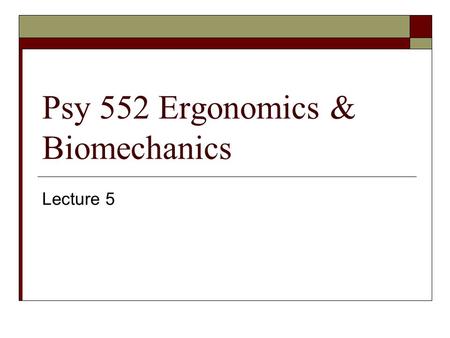 Psy 552 Ergonomics & Biomechanics Lecture 5. Energy for Muscles  Energy for muscle contractions if provided for by the breaking down of adenosine tri- 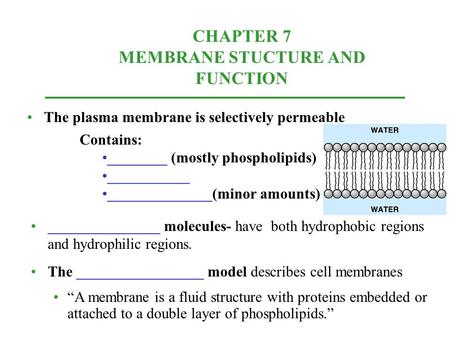 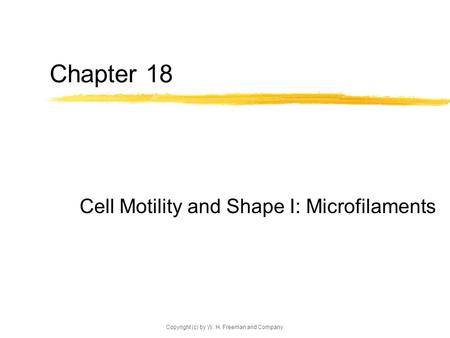 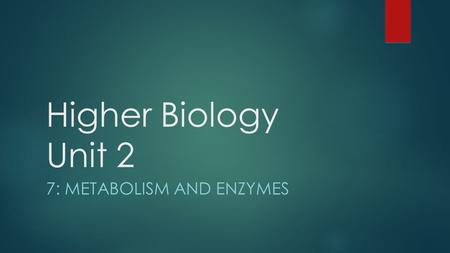 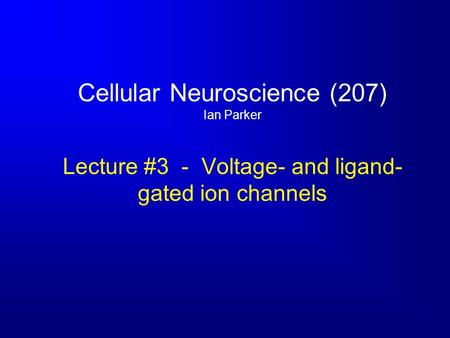 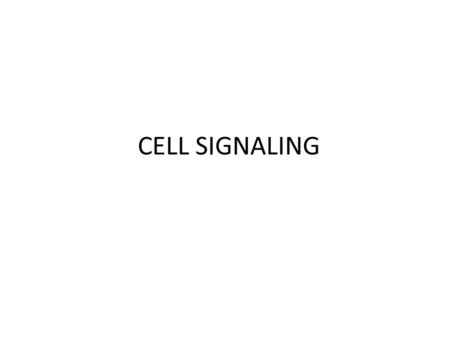 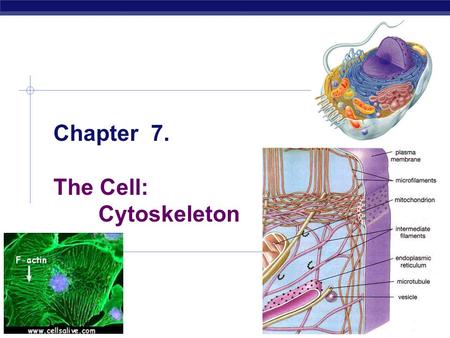