3 DECLARITIVE SENTENCE Is a sentence that makes a statement. It’s the kind of sentence you use when you want to tell something. Ex. My brother delivers newspapers.

4 IMPERATIVE SENTENCE A sentence asking or telling someone to do something. EX. Please close the door.

5 INDIRECT QUESTION An indirect question is the part of a statement that tells what someone asked, but that does not give the exact words of the person who asked the question. EX. She asked us whether we like strawberries. ( Do NOT use a question mark in a indirect question.)

10 EXCLAMATION POINT Use an exclamation point at the end of a exclamatory sentence. EX. Tim, look out!

11 EXCLAMATION POINT Use an exclamation point after an interjection or after any other exclamatory expression. An interjection is a word or group of words used to express strong feeling. It may be a real word or simply a group of letters used to represent a sound. It is one of the eight parts of speech. EX. Hurrah! Wow!

Download ppt "END MARKS.!? BY: RILEY AND JESSE 8H. THE PERIOD A period is used at the end of three types of sentences: Declarative sentence Imperative sentence Indirect." 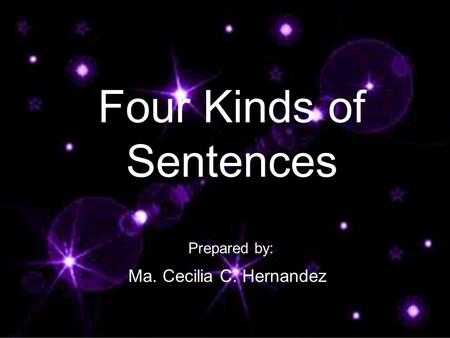 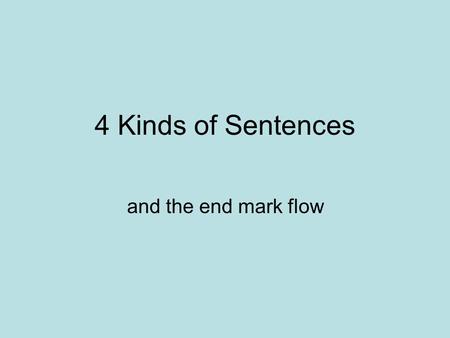 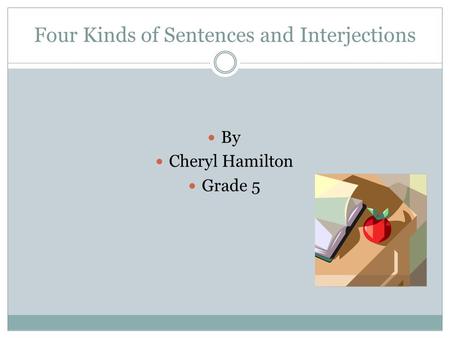 Four Kinds of Sentences and Interjections 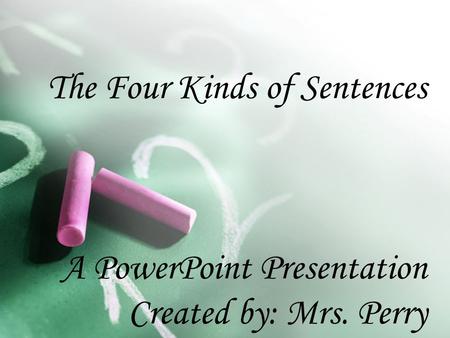 The Four Kinds of Sentences A PowerPoint Presentation Created by: Mrs 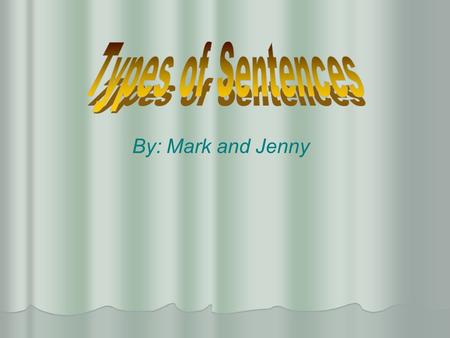 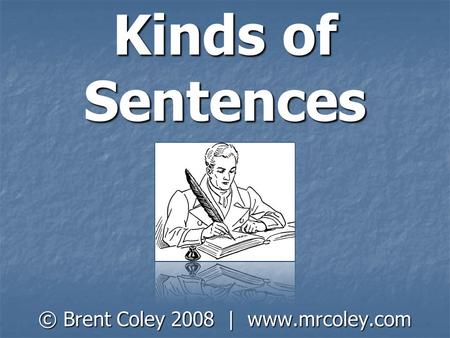 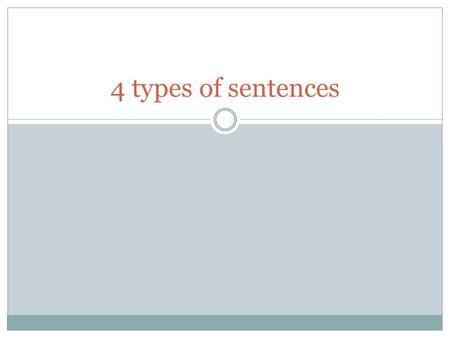 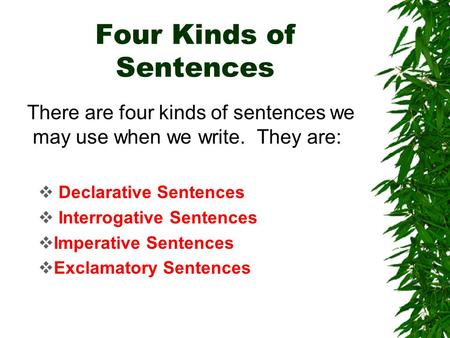 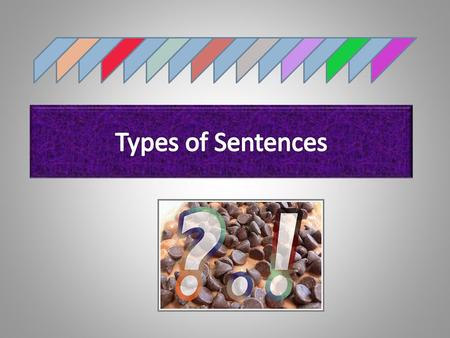 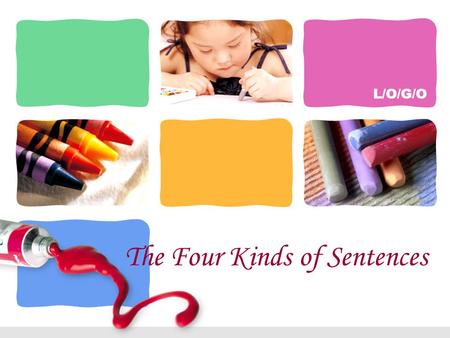 The Four Kinds of Sentences 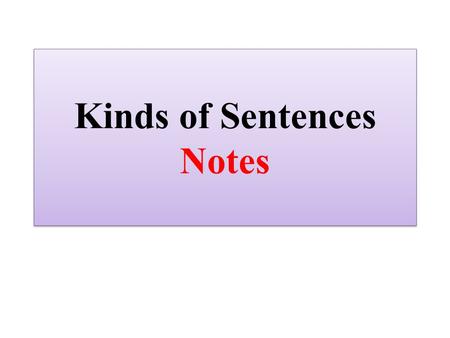 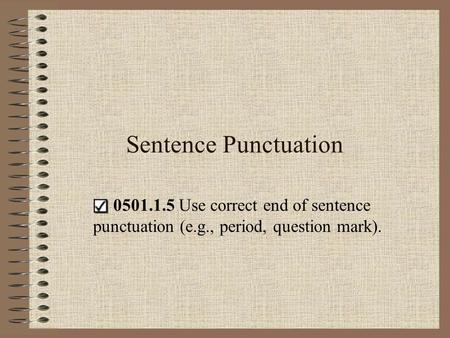 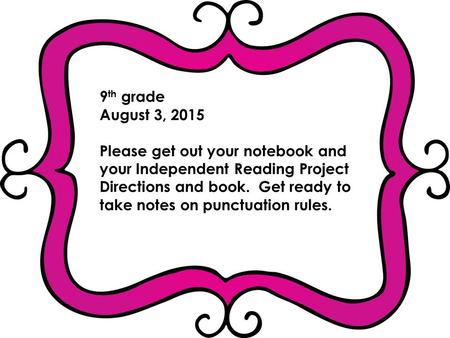 9 th grade August 3, 2015 Please get out your notebook and your Independent Reading Project Directions and book. Get ready to take notes on punctuation. 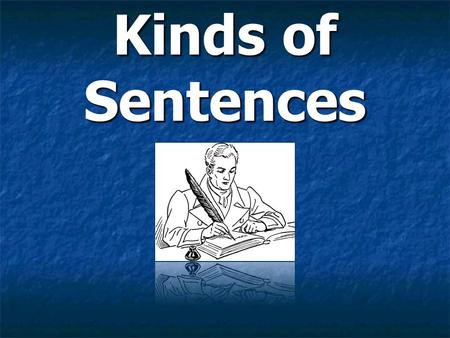 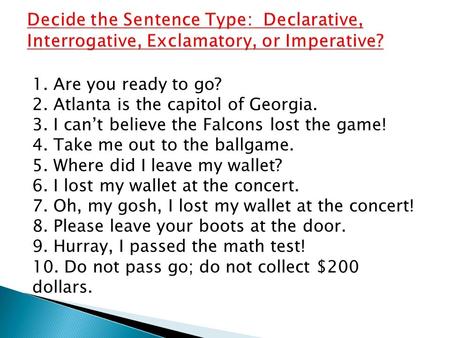 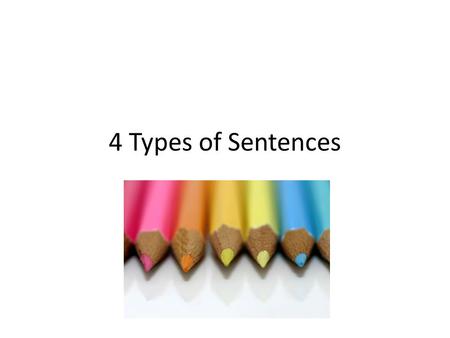 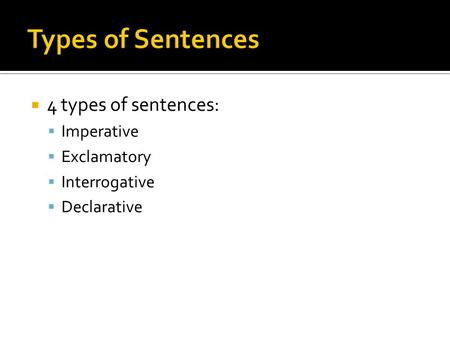 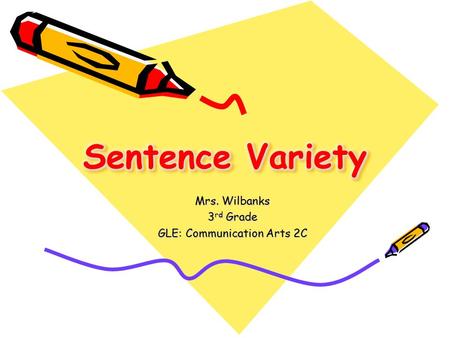 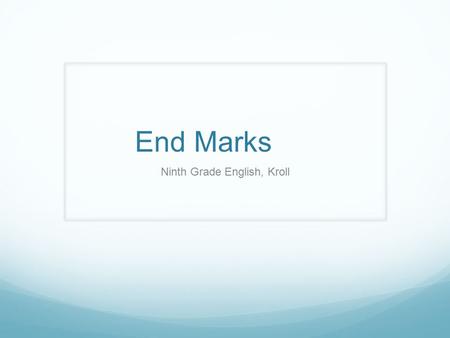