Short Story Terms 8-9-2011 What is your favorite part of a story? Is it the setting? The conflict? The characters? Why?

Presentation on theme: "Short Story Terms 8-9-2011 What is your favorite part of a story? Is it the setting? The conflict? The characters? Why?"— Presentation transcript:

1 Short Story Terms 8-9-2011 What is your favorite part of a story? Is it the setting? The conflict? The characters? Why?

2 Let’s SALSA! (Daily Norms) S how actions that facilitate learning for the self and others. A ctively participate and be cognitively present L earn to be open to new learning Study even when you don’t think you need to study A ct with a positive attitude and A ccept that failure is not an option!

3 What is a Short Story? A short story is : a brief work of fiction where, usually, the main character faces a conflict that is worked out in the plot of the story

5 Character Character – a person in a story, poem or play. Types of Characters: –Round- fully developed, has many different character traits –Flat- stereotyped, one-dimensional, few traits –Static – Does not change –Dynamic – Changes as a result of the story's events

6 Characterization How the author develops the characters, especially the main character. This is done through: –what the character does or says –what others say of and to the character –author’s word choice in descriptive passages

9 Antagonist A major character who opposes the protagonist –the antagonist does not change Types of antagonists: –people –nature –society

10 Conflict A struggle between two opposing forces Types –Internal – takes place in a character’s own mind Man vs. Him(Her)self –External – a character struggles against an outside force Man vs. Man Man vs. Nature Man vs. technology, progress Man vs. Society Man vs. Supernatural

11 What is the Plot? Plot: Series of related events that make up a story.

12 Exposition Section that introduces characters, the setting, and conflicts.

13 Setting The time and place of the story’s action

14 Rising Action Consists of a series of complications. These occur when the main characters take action to resolve their problems and are met with further problems: –Fear –Hostility –Threatening situation

15 Climax The turning point in the story: the high point of interest and suspense Rising Action or Complications Falling Action Climax

16 Falling Action All events following the climax or turning point in the story. These events are a result of the action taken at the climax.

17 Resolution (Denoument) The end of the central conflict: it shows how the situation turns out and ties up loose ends

18 Point of View Vantage point from which the writer tells the story. –First person- One of the characters is actually telling the story using the pronoun “I” –Third person- Centers on one character’s thoughts and actions. –Omniscient- All knowing narrator. Can center on the thoughts any actions of any and all characters.

19 Theme The central message or insight into life revealed through a literary work. The “main idea” of the story

20 Flashback The present scene in the story is interrupted to flash backward and tell what happened in an earlier time.

21 Foreshadowing Clues the writer puts in the story to give the reader a hint of what is to come.

22 Symbol An object, person, or event that functions as itself, but also stands for something more than itself. –Example: Scales function is to weigh things, but they are also a symbol of our justice system.

25 Irony A contrast between expectation and reality

26 Irony Verbal Irony – saying one thing but meaning something completely different. –Calling a clumsy basketball player “Michael Jordan” Situational Irony – A contradiction between what we expect to happen and what really does happen Dramatic Irony – occurs when the reader knows something important that the characters in the story do not know.

28 Suspense Uncertainty or anxiety the reader feels about what is going to happen next in a story.

29 Imagery Language that appeals to the senses. –Touch –Taste –Sight –Sound –Smell Example: Creating a picture in the readers mind through description

Download ppt "Short Story Terms 8-9-2011 What is your favorite part of a story? Is it the setting? The conflict? The characters? Why?" 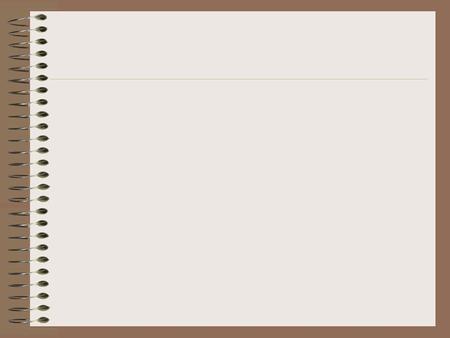 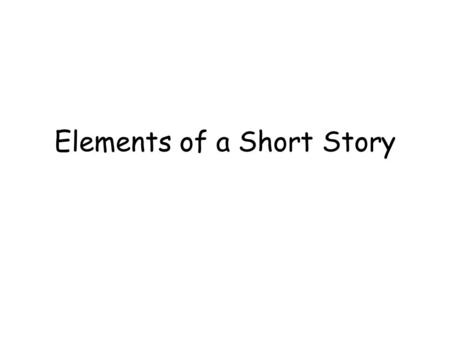 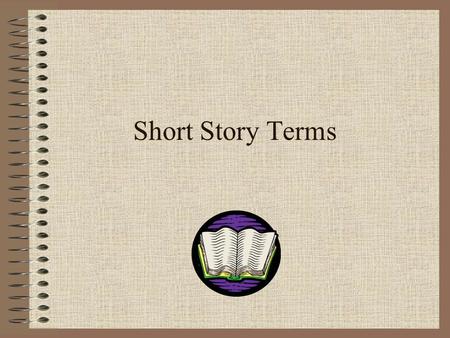