4 October 4-5, 2010 4 Beam-beam Limit Current working point is constrained between 2/3 and 7/10 for better lifetime and polarization. When proton bunch intensity is above 2.0×10 11, there is not enough tune space between 2/3 and 7/10 to hold the large beam- beam tune spread (no other tune region available to accommodate the increased spread) No BB With BB No BB With BB

6 October 4-5, 2010 6 Schematic Layout of E-lens Installation IP10 Top View Side View The two proton beams are separated vertically by 10 mm in the e-lenses. The electron beams are injected in the horizontal plane. The two e-lenses are vertically shifted +/- 5 mm from the axis of the proton beam pipe. X Y [Vertical displacement exaggerated compared to e-lens magnet size.]

10 October 4-5, 2010 10 Dynamic Aperture Calculation (I) Dynamic aperture (DA) is defined as the maximum amplitude below which particles are not lost. Simulation condition: bunch intensity from 1.0×10 11 to 3.0×10 11 without compensation and with half beam-beam compensation. Simulation shows that HBBC increases the proton DA for N p > 2.0×10 11.

18 October 4-5, 2010 18 1. More luminosity can be gained with an increase in the bunch intensity: 2. Increase of proton bunch intensity requires: - Upgrade of the polarized proton source - Upgrades in RHIC [In progress: updating Safety Assessment Document, instrumentation, dump, collimation] - If 1 of 2 collisions can be compensated, then N p can be doubled while total beam-beam  N p  is maintained. - This would yield theoretically a factor of 4, expect in practice up to a factor of 2. Luminosity Gain with e-lenses (II)

19 October 4-5, 2010 19 A single electron lens yields half of the luminosity gain of two electron lenses. An increase in the Blue (Yellow) bunch intensity, leads to an increase in the Yellow (Blue) beam-beam parameter, which can be compensated by a Yellow (Blue) electron lens Luminosity is proportional to both Blue and Yellow bunch intensity [Two lenses are operationally easier since Blue and Yellow sc solenoids compensate each other for x-y coupling and spin rotations.] Luminosity gain with single e-lens

20 October 4-5, 2010 20 Summary 1.Simulations shows that half head-on beam-beam compensation –reduces proton beam-beam tune spread –reduces diffusion in the beam core –increases the DA and beam lifetime for N p > 2.0×10 11 2. Benchmarking of simulation code with RHIC pp observations ongoing ( We see smaller losses in simulation than in observations) 3. Tevatron experience with electron lenses has demonstrated basic properties and established tolerances for alignment and e-beam current ripple 4. Expect increase in average proton luminosity of up to a factor 2 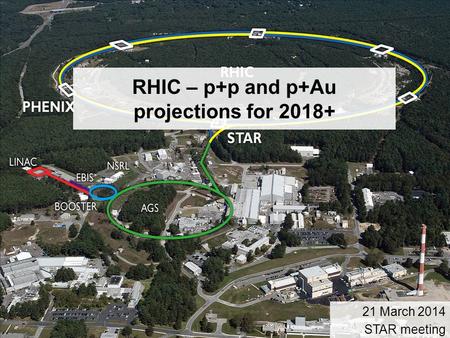 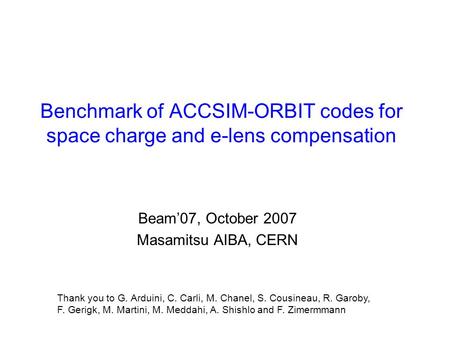 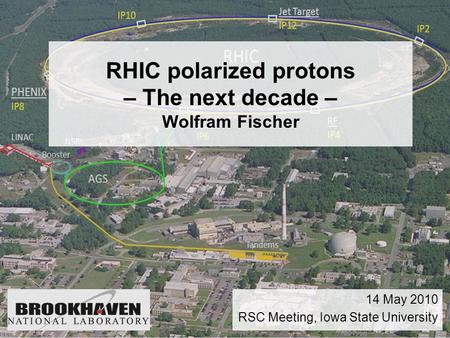 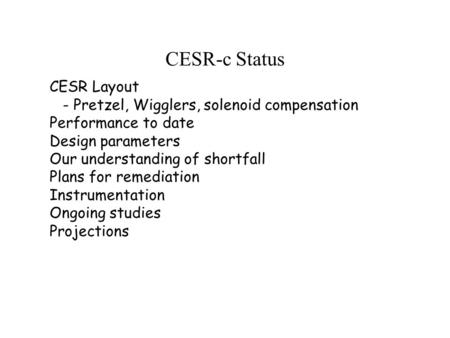 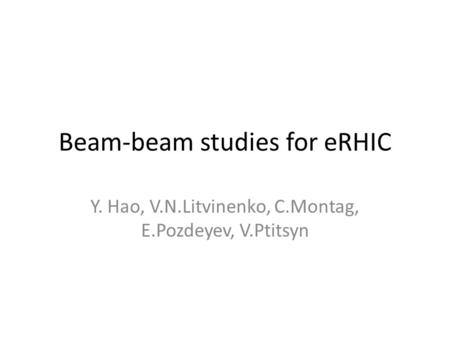 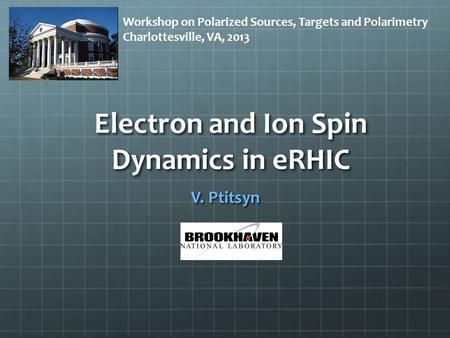 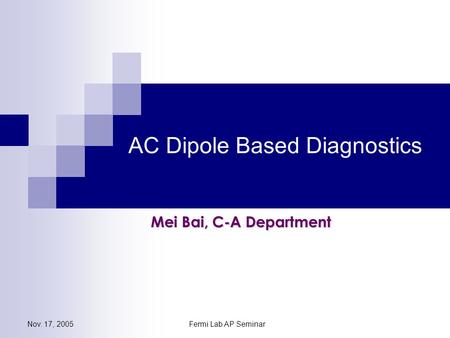 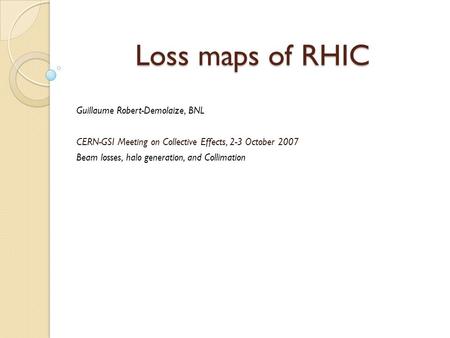 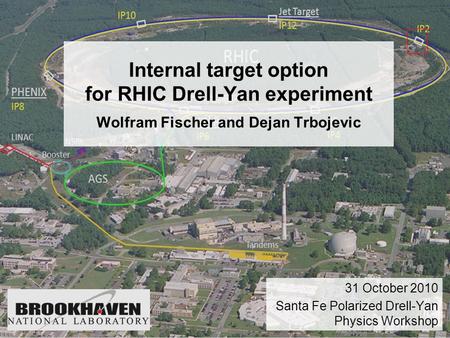 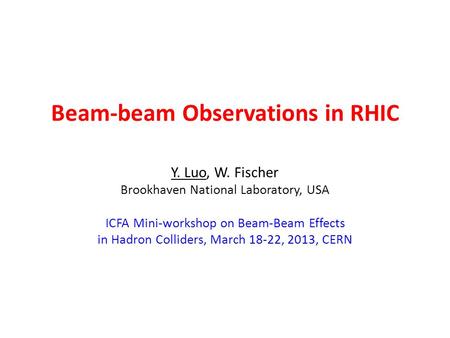 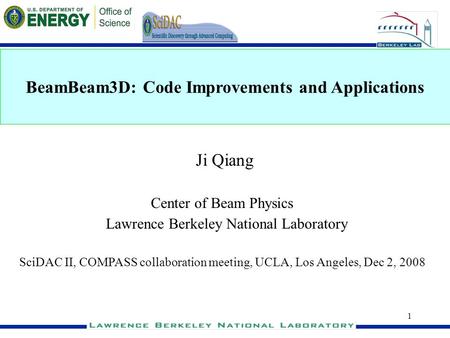 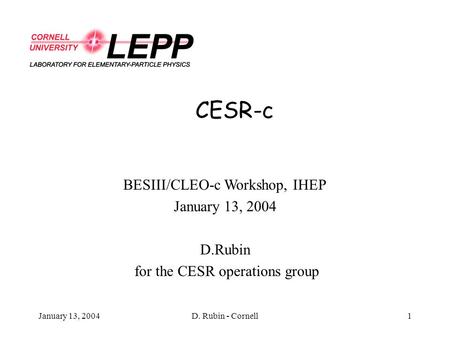 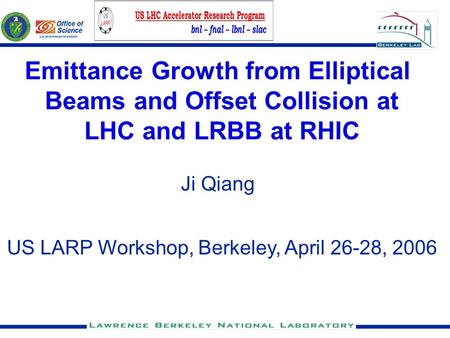 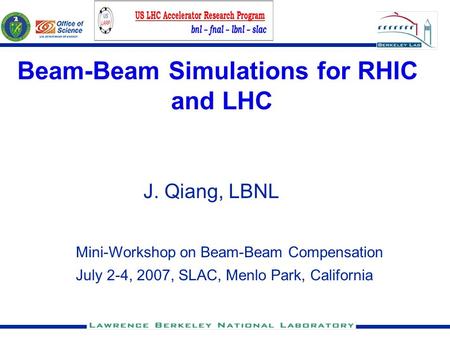 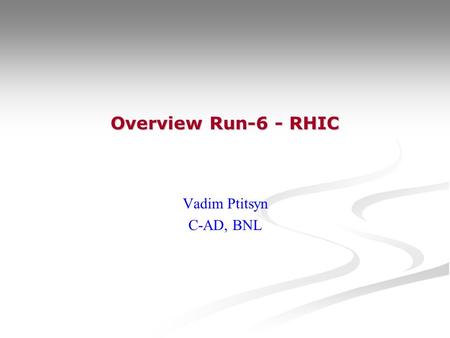 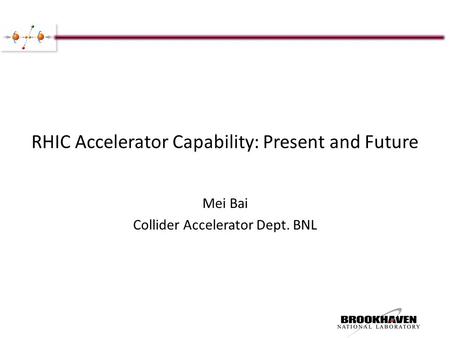