2 Nationalists Strengthen the Government
Shay’s Rebellion – Farmers, led by Daniel Shays, fought against the high tax placed on farmers A stronger government had to be put into place to avoid abuse of power (example: too high of a tax) The problem was the states did not want the federal government to have too much control over the states

3 Call for Convention States were arguing over trade:
Taxes Navigation rights James Madison and Alexander Hamilton called a meeting with state delegates (leaders) to discuss issues of trade within states Only 5 states came at first, but 12 went to the meeting after hearing about Shay’s Rebellion

4 Convention Highlights
All states met, except Rhode Island Very hot, but windows were closed to keep the meeting confidential Outstanding leaders and Americans were there All voted to make George Washington the presiding officer

10 Slavery-Related Issues
Should slaves be counted as people? Southern states wanted slaves to count because they had many slaves Northern states disagreed Three-Fifths Compromise: Three-fifths of the state’s slaves will count Congress can control trade except for slave trade

13 Separation of Powers Created 3 branches of government:
Legislative branch – makes laws Executive branch – carry out laws (make sure laws are followed) Judicial branch – interpret the law (decide if a person broke a law and give punishment) Checks and balances – President has a lot of power, but the Senate must approve the president’s decisions

14 Separation of Powers continued
Voting was an issue Communication about voting is hard Not all citizens have enough knowledge to vote Electoral college: each state choose a number of electors equal to the number of representatives in Congress This group will vote for the candidates

15 Creating the Constitution
Was created, but can be amended (changed) with amendments as needed Was sent to Congress for the states approval 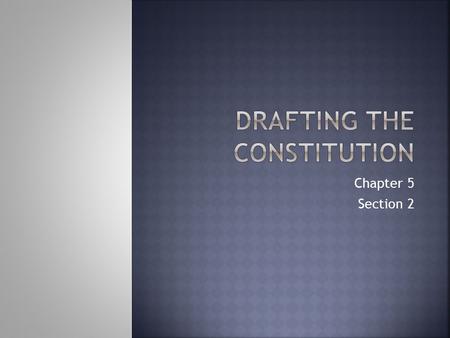 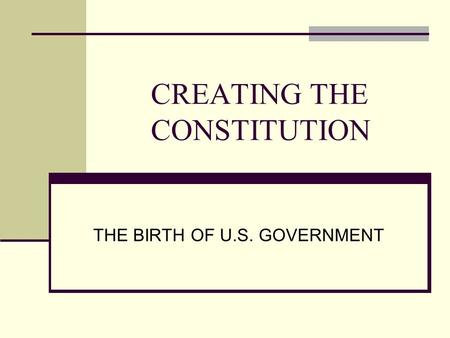 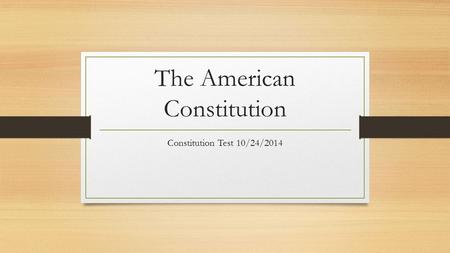 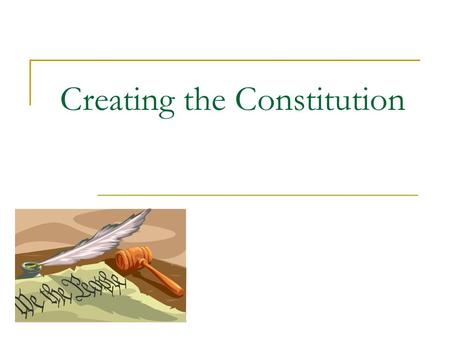